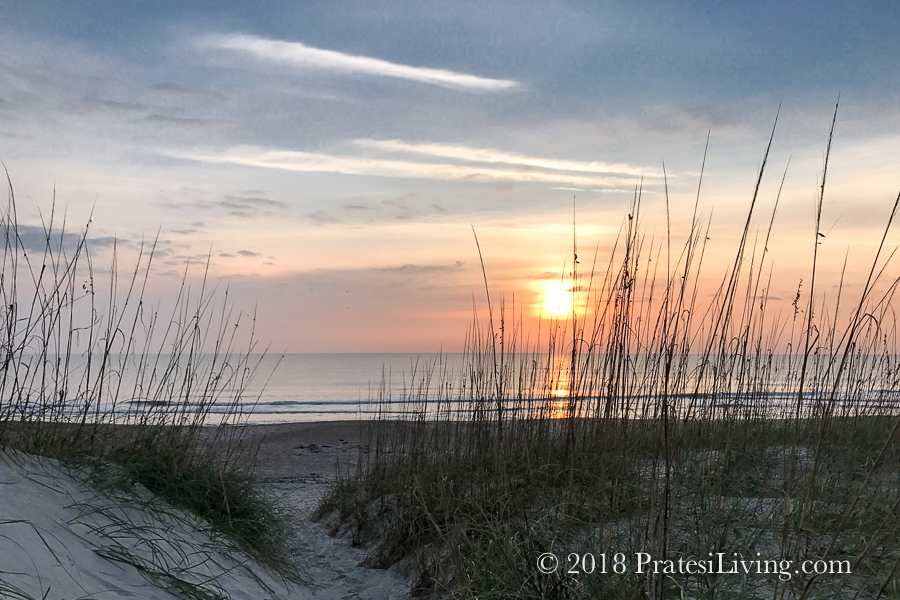 I know it’s been awhile since we have posted on our site. We’ve had a bit of a whirlwind this past year between extensive travel and making a significant life move. If you’ve been following along with our adventures since 2009 or later, you might know that we were based in Atlanta, Georgia and spent a lot of time in the North Carolina mountains, had a beautiful Tibetan Terrier Beamer, and were traveling A LOT. We met and interviewed many chefs over the years, collaborated on a cookbook with one of them, and were recognized for our work by the James Beard Foundation and North American Travel Journalists Association (NATJA). I have also been a travel contributor for U.S. News & World Report for the past two years in addition to other freelance work.

Last year afforded some of our most memorable travel experiences with a trip to Alaska (including a bush plane ride into a remote destination and a hike over a glacier) and a cruise through Northern Europe (which included St. Petersburg, Russia). I also attended the Buffalo Roundup in South Dakota, watched the solar eclipse from a mountaintop in Oregon, and ended the year with a magical trip to Dubai. Between all of those trips, we traveled to many other places, both near and far, and coordinated our big move away from Atlanta for our next life adventure….on an island. It has been a busy time. 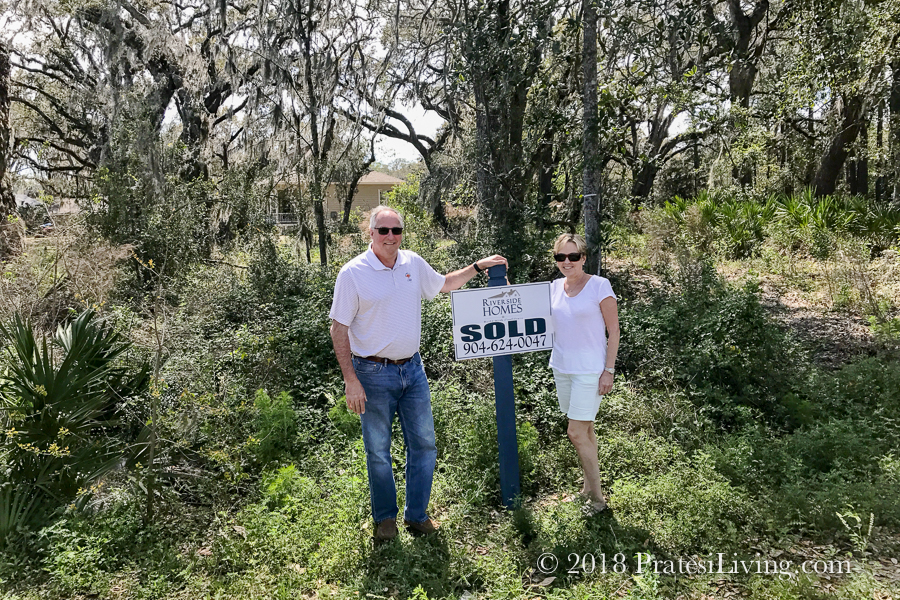 The first step – Buying a lot!

Atlanta experienced rapid growth during the 16 years we lived in our home there. With it, congestion and crime increased to the point that we wanted a different lifestyle. We’d been looking at relocating to various towns in Florida and along the coast as far north as Virginia, but nothing felt right. After a suggestion from a friend, we hopped in the car and headed to Amelia Island; a place we had not been in 16 years. 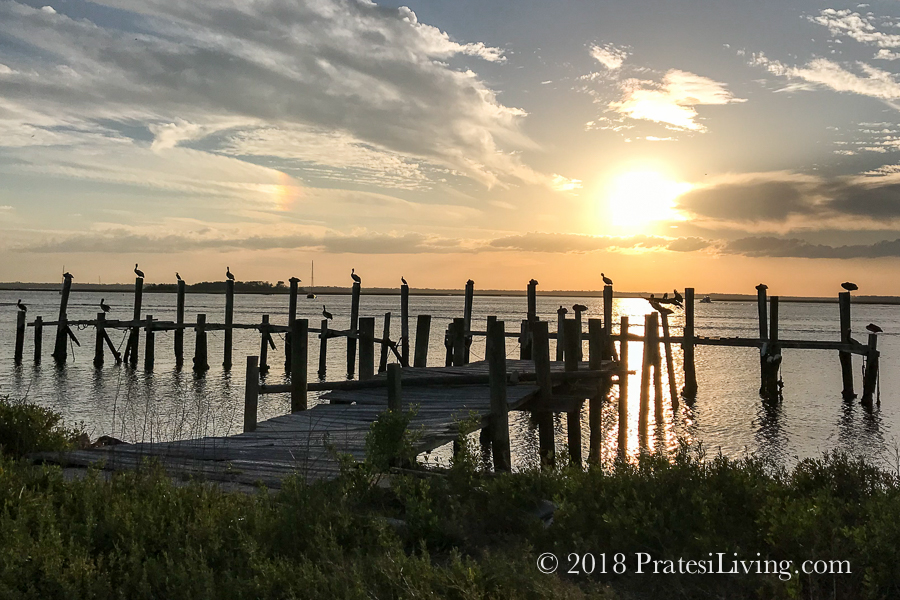 This quaint little coastal town in Northeast Florida had changed much in the years since we last visited. There was a charm we hadn’t felt anywhere else, and it offered many of things we were looking for in a new destination. This place felt right and like home. 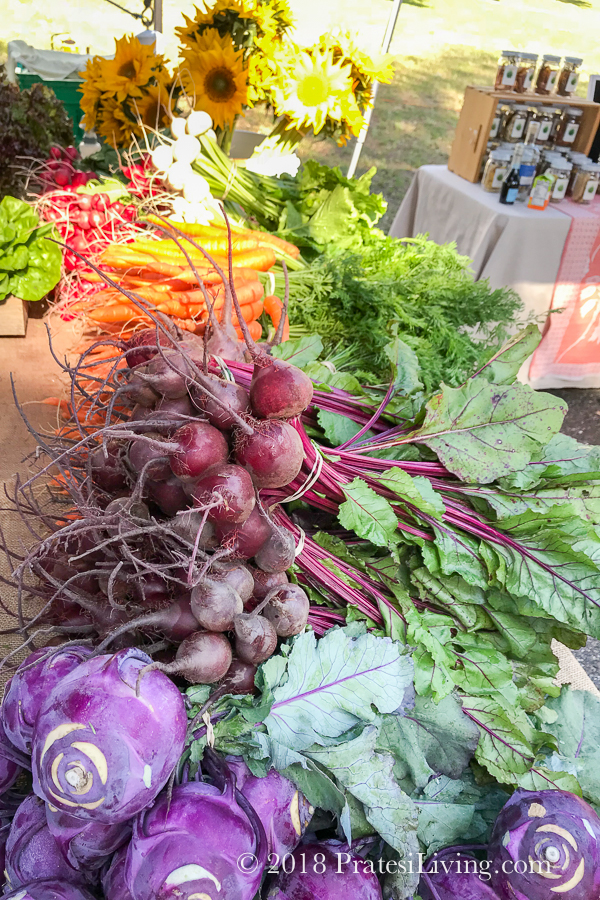 We love all the local fresh produce We especially love the Mayport shrimp

Return to the East Coast

Much of my childhood was spent on the water as my father had a boat and the Jersey Shore was just a quick drive from Philadelphia, where I grew up. My mother and I would vacation in Ocean City, and my summers were filled with time spent at the beach and walks on the boardwalk. I have always been drawn back to the coast although I’ve lived away from it at times. Both Roger and I lived in Boston before moving to Atlanta, and he is from Long Island. I think once you’ve lived along the coast, the desire and need to be close to the water remains with you. 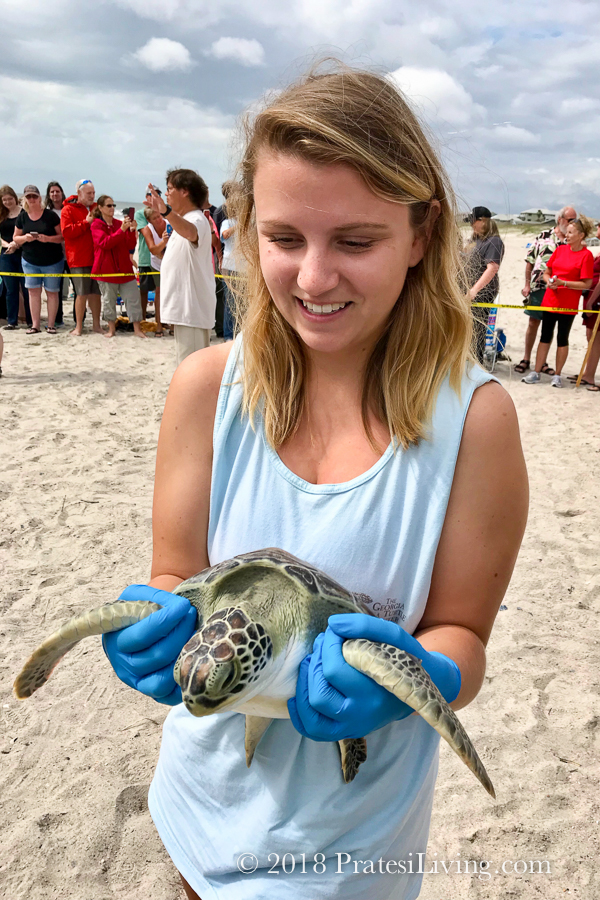 If you’ve read about “grounding,” or “earthing” then you understand the concept of feeling better, happier, and healthier near the ocean and beach. Roger and I noticed the difference in how calm and centered we felt every time we took a trip to the Caribbean. We also felt more “grounded” traveling along the ocean or cruising the open seas. The more time we spent on or near the water, we knew living minutes from the beach was the right decision for us, and after visiting Amelia Island, we made plans to make it happen. 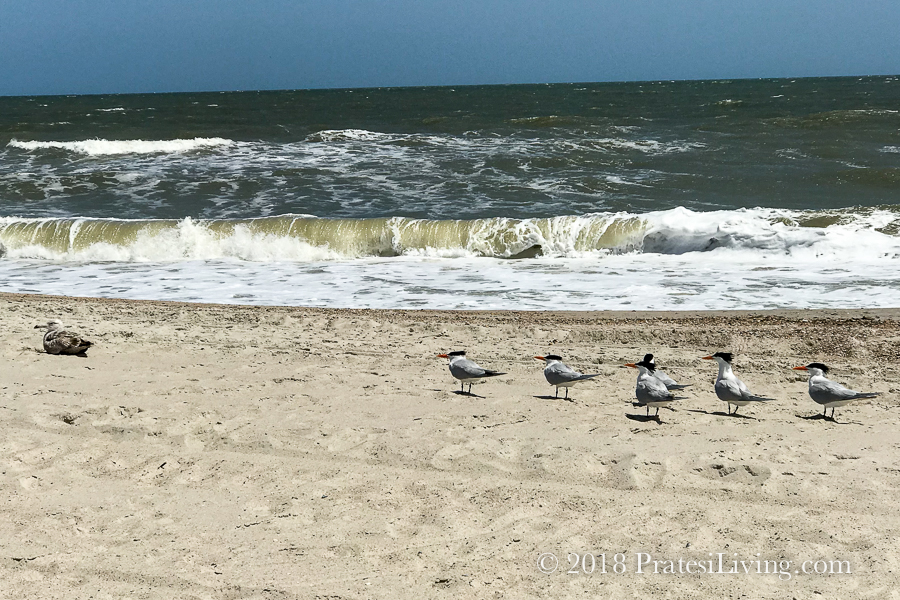 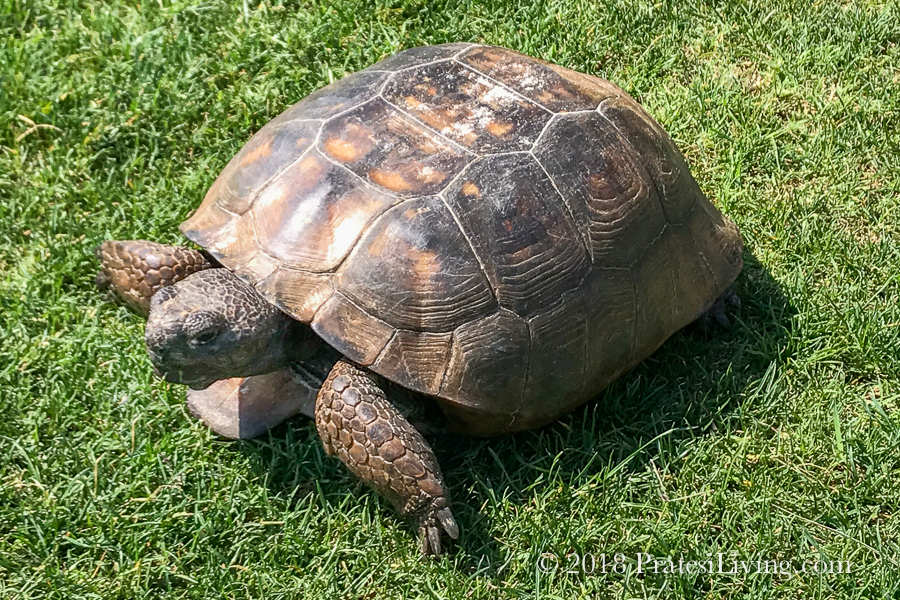 Our other neighbor – Freckles at The Ritz-Carlton, Amelia Island 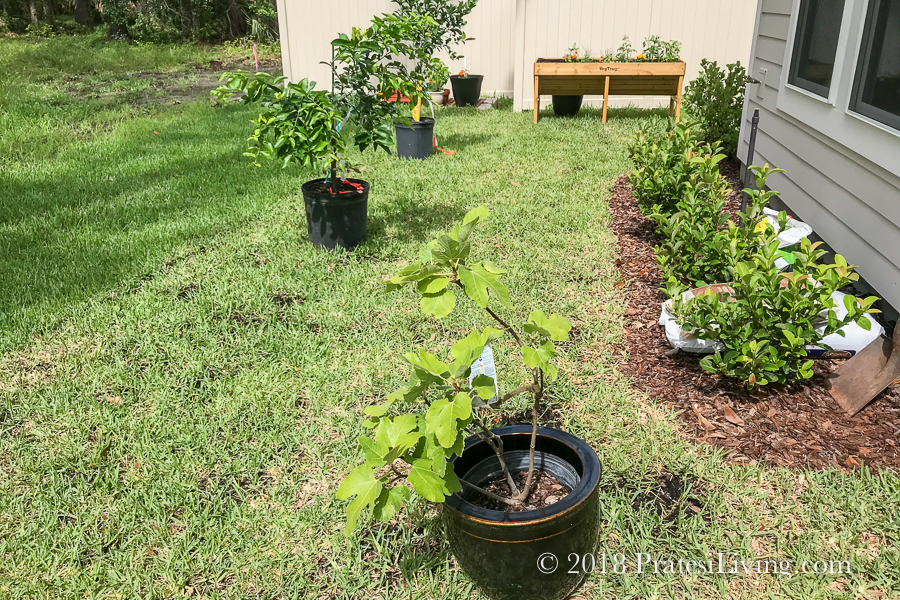 Garden in the making with Meyer lemon, Persian lime, and Celeste fig trees 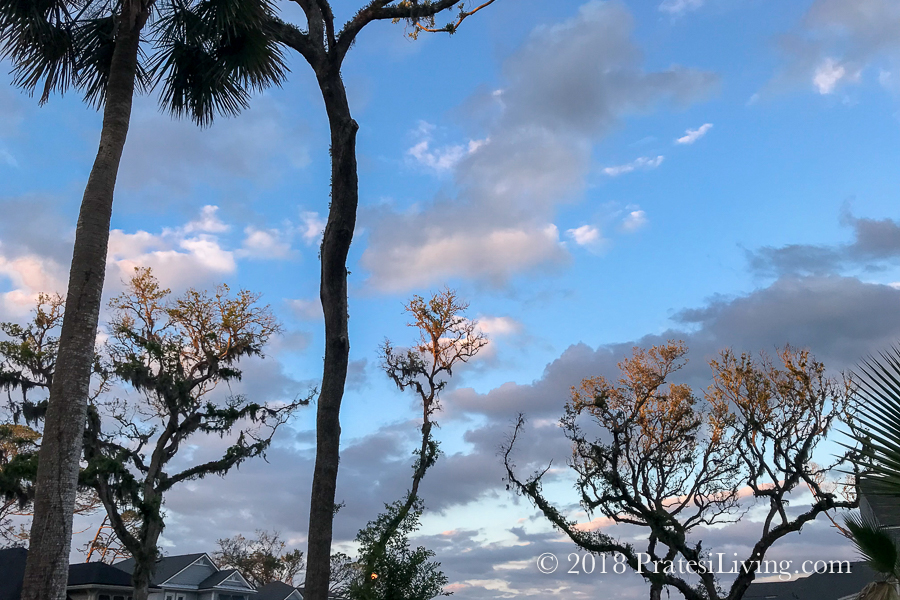 We love our nighttime view from the house

It’s been a long process and often, a difficult one. A significant move and life change come with quite a bit of stress and a lot of hard work. We’ve also had to part with many of our things to downsize, but now that we’re here and almost settled, we wonder why we didn’t do this sooner. We’re thrilled to be here. 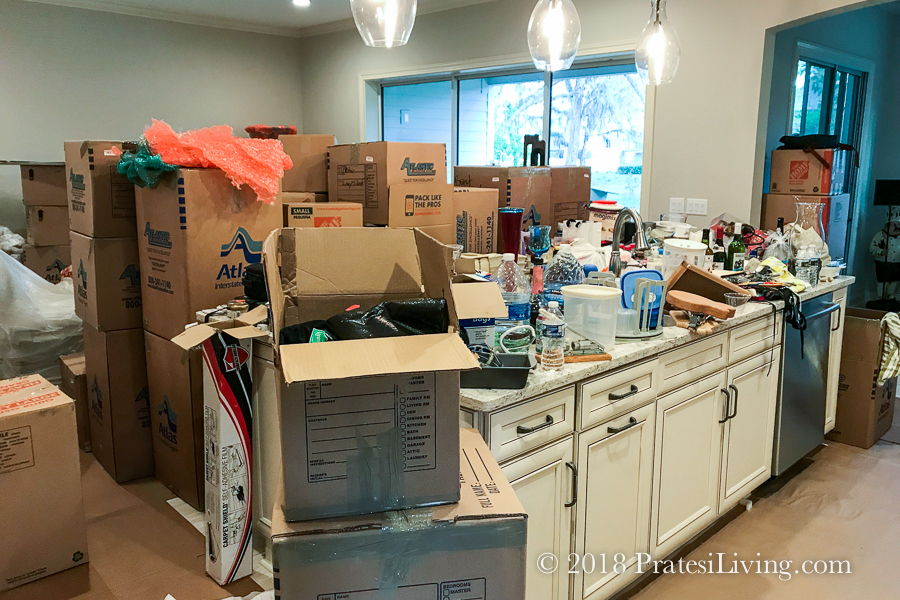 This seemed insurmountable at times… 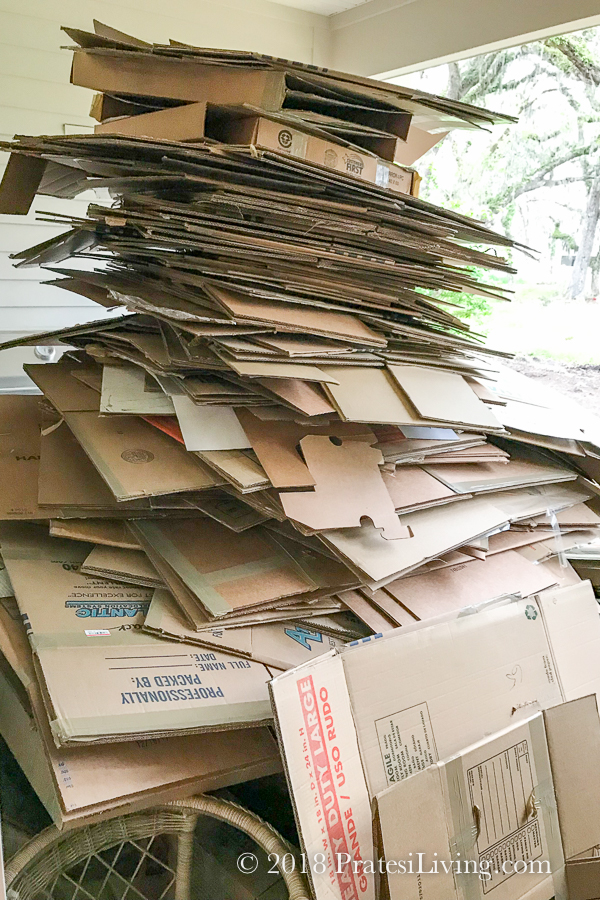 Just a small fraction of the boxes we unpacked The views have been worth every bit of the painful process

In the coming months, I’ll be catching up on the writing I haven’t had time to do with all the travel, purging, and packing. We also look forward to sharing what makes our new home a special place for us, with a focus on a coastal lifestyle. We may even have a surprise in the coming months with a new addition to our home at the beach, so stay tuned! Sunrise on the beach

END_OF_DOCUMENT_TOKEN_TO_BE_REPLACED

4 comments on “Update on Pratesi Living – Our Move to Amelia Island, Florida”