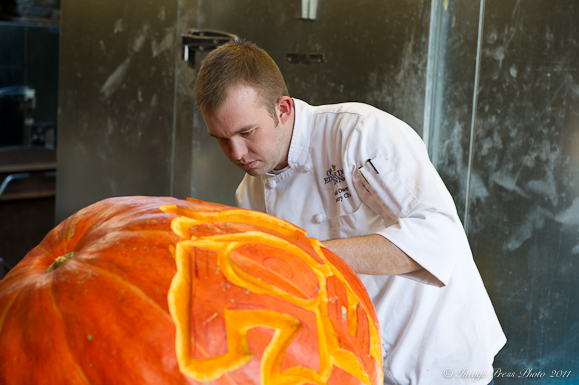 Happy Friday!  As we head into the weekend, I am still looking back on the wonderful time we had last weekend at the 5th Annual Highlands Culinary Weekend in Highlands, North Carolina.  This is a recap along with a short video from the second evening’s event we attended.

I shared some of the photos from Thursday night’s Opening Night’s Reception earlier this week.  There were a number of theme and wine dinners scheduled for Friday and Saturday night.  We chose to go to the Taste of the South Dinner at The Farm at Old Edward’s Inn on Friday evening.  This is one of the prettiest venues in Highlands for a private event and it certainly was perfect for the Taste of the South Dinner prepared by Chef Johannes Klapdohr and his culinary team. 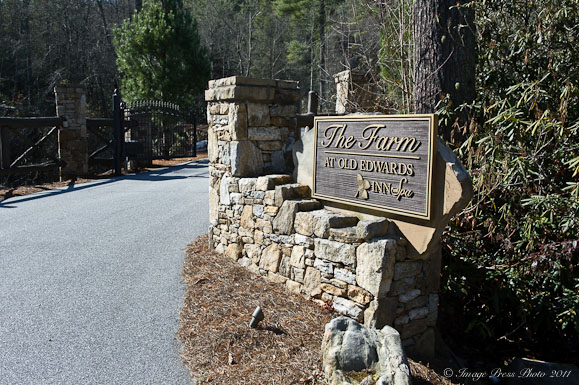 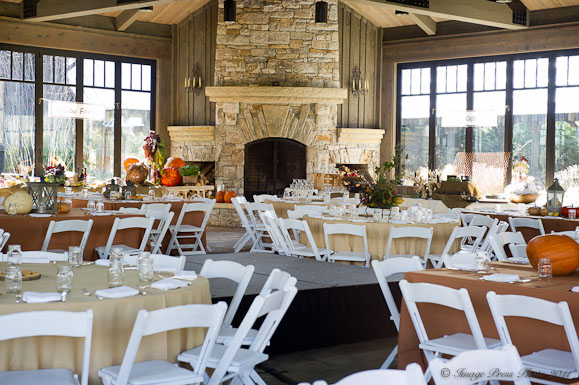 This particular event was a very special one for us to attend since Chef Johannes was the first chef I interviewed on my site.  That one conversation led to the series of Chef Interviews on Bunkycooks and many of our travels throughout the Southeast.  Chef Johannes has also become a good friend.

This chef has been a great inspiration for us.  He is incredibly passionate about where our food comes from and what we eat and how it affects our bodies and nutrition.  He also encouraged us to meet some of his farmers, which we did.  Those trips to visit the farmers led to other adventures and were the catalyst for our On the Road series. 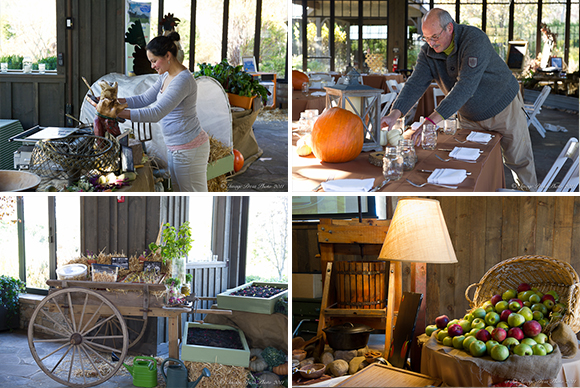 When I saw Chef Johannes at the Opening Night Reception for the culinary weekend, he told me that he was going to bring new meaning to the term “Farm to Table” at the Taste of the South Dinner at The Farm the next evening.  He was not kidding.

We stopped by earlier that day to take some photos of the preparations and venue in the daylight.  The local farmers and providers brought many of the ingredients for dinner as they arrived throughout the day.   There were stations around the room for each of the farmers and suppliers that were providing the food, wine and beer for dinner.  There were beautiful local vegetables, fruits and flowers arranged in a rustic farm setting, giving a true harvest feel to the event. 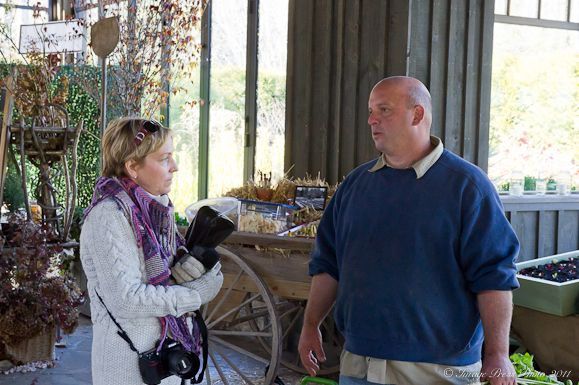 I met Dave Taylor that afternoon, whom I had heard about for quite some time.  In addition to having his own farm and helping Chef Johannes with The Garden at Old Edwards Inn, he also raises pigs.  He provided the pig that was smoked at The Farm for the dinner.  It was some of the best pulled pork we have ever had. 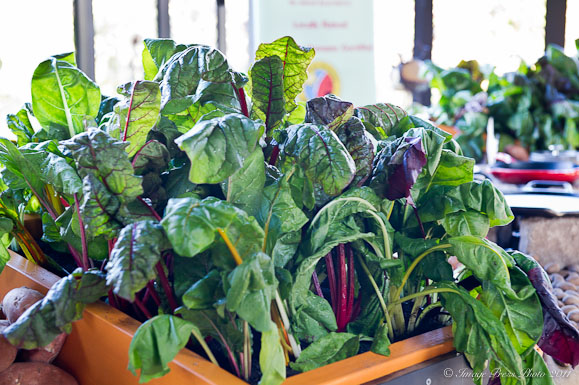 Vegetables were transported in their soil for the dinner 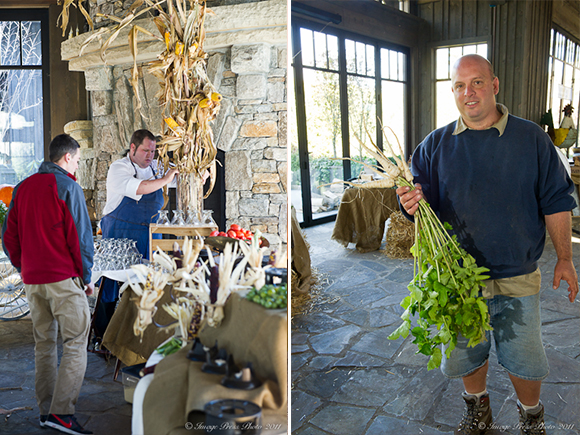 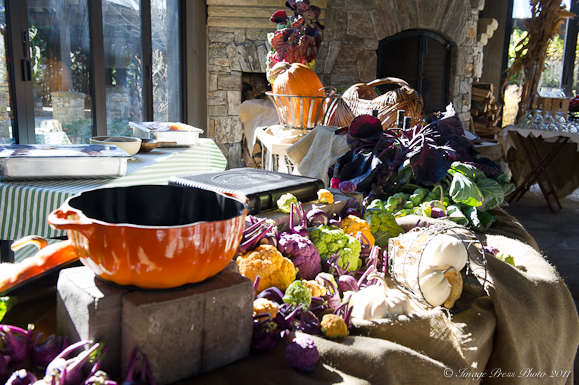 The tablescapes were beautiful with the autumnal colors and produce

END_OF_DOCUMENT_TOKEN_TO_BE_REPLACED

5 comments on “Taste of the South dinner at The Farm, Old Edwards Inn – Highlands Culinary Weekend”