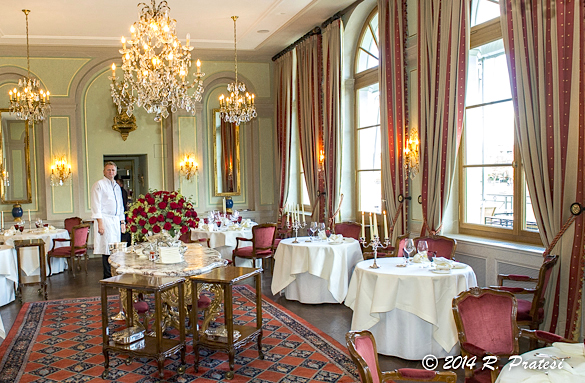 The chef makes the kitchen.  The kitchen is about emotion. ~ Chef Peter Knogl

As we entered the upstairs library at the Grand Hotel Les Trois Rois with Peter Knogl, Chef de Cuisine of the two-Michelin starred restaurant Cheval Blanc, he remarked about the recent death of Charlie Trotter.  Chef Knogl was gracious and welcoming and as he motioned for us to sit down, he said, “The life of a chef is not long.  It is stressful.” 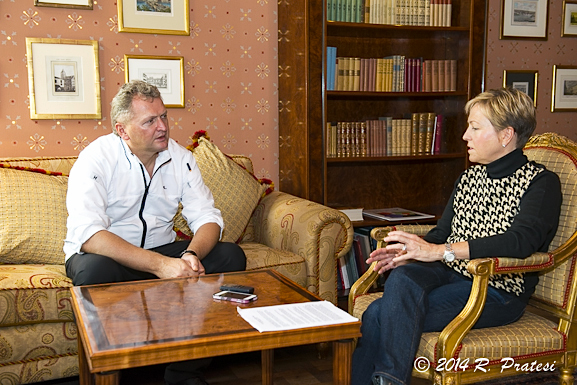 After understanding more about the process of being awarded a Michelin star, or a macaron as it is called in France, my interpretation of the word “stressful,” as it relates to chefs, has new meaning. 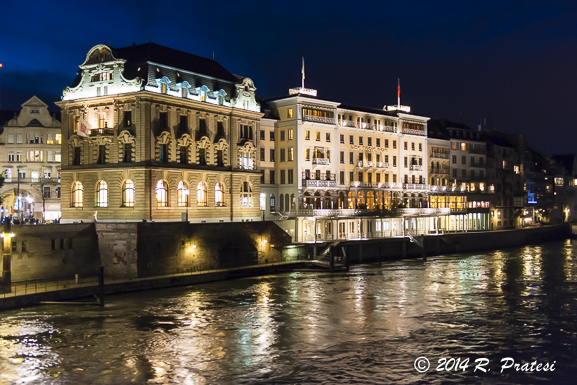 For those of us living in the United States and working in the culinary or hospitality business, the James Beard Awards, “The Oscars of the food world”, as they are known, may be a more familiar name in the awards arena.  Michelin stars are only awarded in a small number of cities in the U.S.: New York, Chicago, Los Angeles, Las Vegas, and Napa Valley, California.  What started as a marketing tool for the Michelin Tire Company in France in 1900 by brothers André and Édouard Michelin, the guide originally listed places to stop for gas while traveling.  By 1926, the red jacketed Michelin Guide had evolved into a restaurant guide for several countries in Europe, awarding stars for a fine dining experience.

In 1936, realizing how popular these guides had become, Michelin published its rating system of one to three stars with the following criteria:

What was once a simple guidebook recommending places to stop for good food, is today the gold standard and most prestigious award for chefs and restaurants around the world, particularly in Europe.  Being awarded a Michelin star is the pinnacle of culinary excellence.  Judged anonymously and often, many times by different Michelin inspectors over the course of a year, it is all about the food at a Michelin star restaurant; every element of the dish has to be executed with perfection and precision and it needs to be consistent. 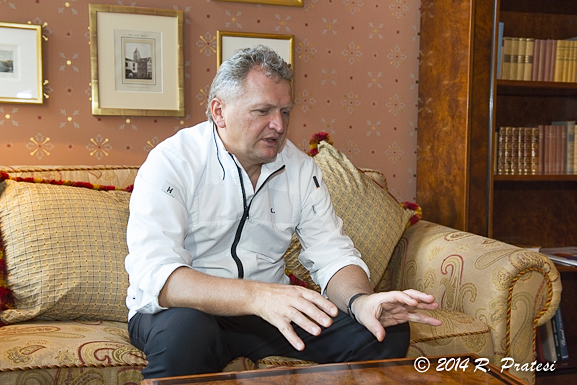 Chef Knogl is no stranger to the world of Michelin stars and culinary excellence, having earned Michelin stars in his prior restaurants.  Born in Bavaria on the border of Austria, Knogl had a culinary apprenticeship for three years in Bavaria and then immediately went to work in some of the finest restaurants and properties in Germany, Spain, France, London, and Switzerland.  Most held Michelin stars or were five star establishments.  Knogl worked several years with Heinz Winkler, whom he considers his mentor.  Winkler, whose Relais & Chateau property is in Aschau im Chiemgau in Bavaria,  has been awarded the ultimate three Michelin stars an impressive twenty times. 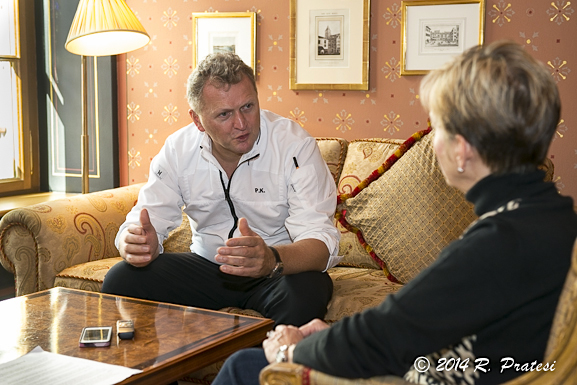 Arriving in Basel in 2007, Knogl was awarded a Michelin star for his cuisine at Cheval Blanc just seven months in to his tenure and received his second Michelin star the following year.   He has retained that status ever since.  Knogl was also named “Newcomer of the Year 2009” and “Chef of the Year 2011” by the Gault Millau Swiss restaurant guide and Cheval Blanc has been awarded 18 Gault Millau points by the influential guide.

Page: 1 2 3
We participate in the Amazon Services LLC Associates Program, an affiliate advertising program designed to provide a means for us to earn fees by linking to Amazon.com and affiliated sites.
posted on January 28, 2014 in Chef Interviews
0 comments »