In 1965, John and Emma Guenther moved from Pennsylvania to Tennessee. John, a Lowland Dutchman, from Saskatchewan, Canada, began making sorghum as part of a community effort. At the time, many of the families in the area raised sorghum cane and made syrup together. In 1981 when the rest of the community stopped growing sorghum cane, John began planting and harvesting his own crop. Today, the Guenther family collectively owns thousands of acres. They raise livestock and other crops on their farm.  Sixty acres are planted in sorghum. Four out of eight siblings in the Guenther family, their children, and extended family are involved in Muddy Pond Sorghum, however, Mark and Sherry Guenther are the two spokespersons for the business. 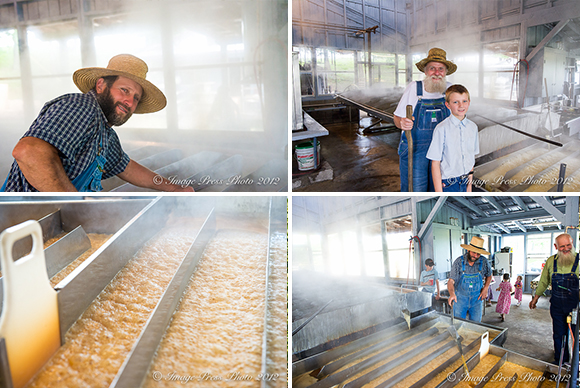 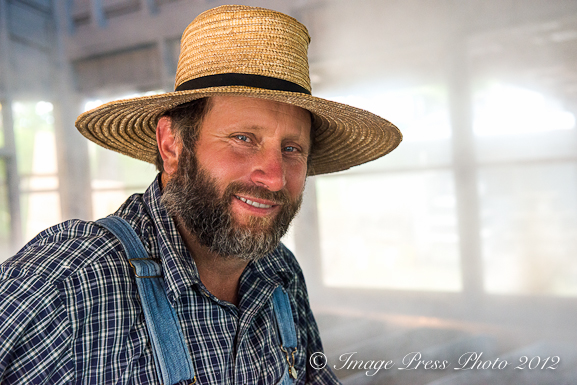 As most teenagers, Mark was not initially interested in the hard work that it took to turn sorghum cane into syrup and chose “public work” over the collective family effort. In a short amount of time, Mark realized that the life at Muddy Pond and sorghum making was in many ways better than life outside the community and returned to the fold. He used his skills and talent to build equipment that would automate much of the process and make it easier to cut, juice, and boil the sorghum. Tractors with cane harvesters and built-in mills, pressurized boilers, hydraulic lifts, and pumps have replaced most of the manual effort. 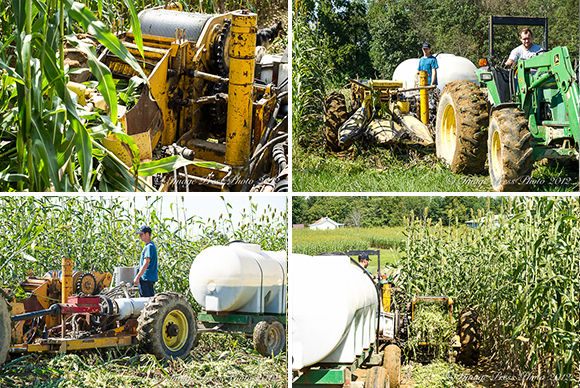 Modern equipment has made harvesting the cane easier 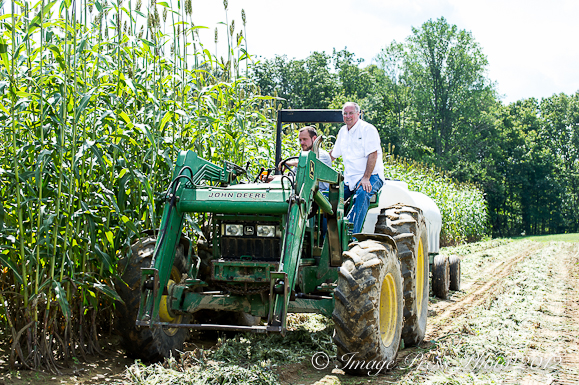 Mr. B relived some of his life on the farm with family in Indiana with Ed Guenther 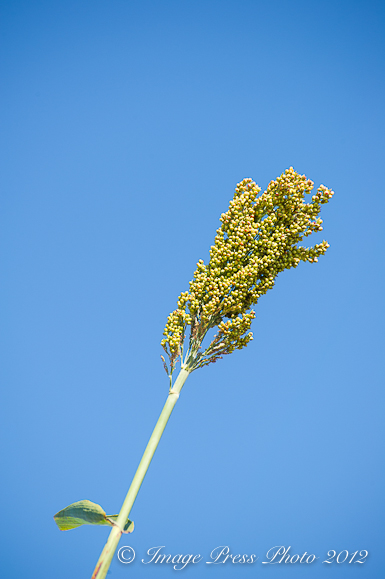 The seed pod from the cane

The original process of extracting the juice was with a horse-drawn mill, which a few sorghum makers still use today, primarily for demonstration purposes. The extracted cane juice was cooked over an open flame in a large pot or cauldron until it was reduced to a syrup. Because this method was inefficient for making large amounts of sorghum, many producers have developed their own unique methods for sorghum production. This video shows the process Mark and his family invented at Muddy Pond from harvesting the cane in the fields to the bottling at the mill.

Mark and Sherry spend much of their time traveling to festivals and other events with their horses and mules where they demonstrate traditional sorghum making. They have attend the Southern Foodways Alliance Taste of the South gathering at Blackberry Farm each year, dined with the governor of Tennessee, traveled to the Atlanta Food and Wine Festival, and made their way to Washington, D.C., to accept the American Treasures Award.  “We are so blessed.  Sherry loves it. It is in her heart and soul. We are so happy to go to these places,” Mark told us. Asked if they ever have time for a real vacation, Mark said that these trips are their vacation, however, “It would be nice some day to go somewhere where no one knows who you are and not make a big deal about it.” That probably will not happen any time soon as the popularity of sorghum continues to grow. 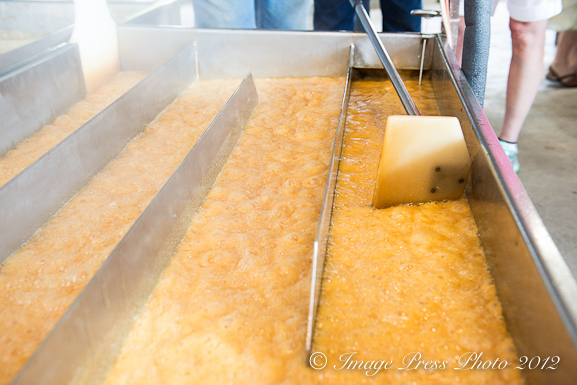 Sorghum boiling down in the finishing pan

The laborious work of the fall harvest is not the end of the hard work for the Guenther family.  Everyone has their chores as winter comes and the old sorghum crops are plowed back into the ground. Cover crops will be seeded. Cattle and mules move inside the barns as chilly temperatures creep into the Tennessee foothills. Next spring, as the new crop will be planted the first of May, the manure from the barns will be spread to naturally fertilize the fields.

The Guenther’s most successful sorghum crop to date was this year, 2012. While other parts of the country suffered extreme temperatures and drought, sorghum is a hearty crop. It can also grow in very poor soil. “It’s very resilient,” Mark said. “Until July, it was hot and dry. We were discouraged, but the sorghum cane stands back and waits.  t matures over fourteen to twenty days. The rains came and it grew. It was unbelievable. It’s one of our best crops ever. Of course, it’s not done until it is in the jars.” 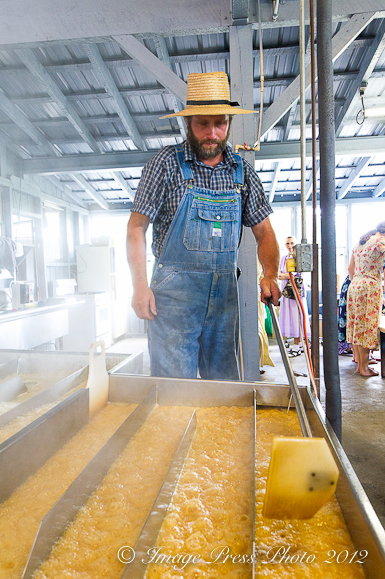 Foaming sorghum syrup just before it drains into a bucket

Page: 1 2 3 4
We participate in the Amazon Services LLC Associates Program, an affiliate advertising program designed to provide a means for us to earn fees by linking to Amazon.com and affiliated sites.
posted on September 27, 2012 in Baked Goods, Farms and Artisans, Favorites, Recipes, The South, Travel
22 comments »