Sustainability at Biltmore Estate & a Recipe for Lamb Shank Sopes 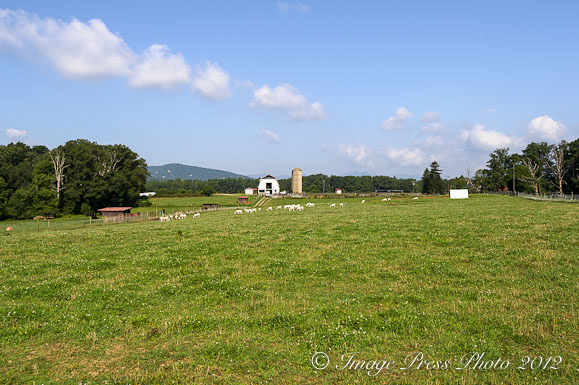 We do not inherit the land from our ancestors, we borrow it from our children. – American Indian Proverb

Sustainability.  There is so much discussion in today’s society about sustainability and growing sustainable foods.  You would think this is a new concept unless you understand that sustainable living and farming is what most people did until the last few generations. They lived off of their land and were self-sufficient.  Our post World War II economy saw a migration away from family farms and a change to greater reliance on commercial farming that could produce more food inexpensively and be shipped long distances to consumers all around the world.

As more people have become aware of the problems associated with our food supply,  they have sought out local producers, growers, and small farmers that produce higher quality foods.  We want to know how that cow was treated and how it was raised.  We are interested in knowing what pesticides were used on our produce.  We want to buy chickens that are free-range and not confined to small cages their entire, short lives. 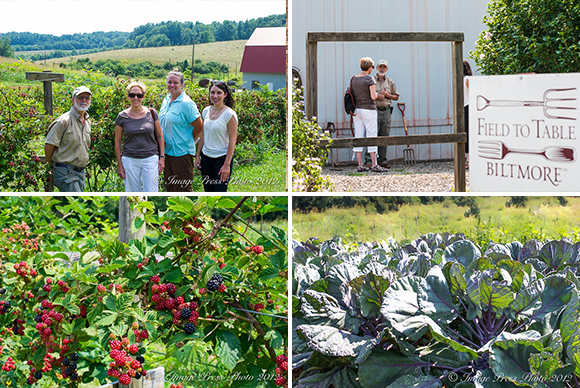 With Eli, Melonye, and Marissa at the Biltmore Farm Garden

When George Vanderbilt purchased the property for Biltmore in Asheville, North Carolina, in 1888, he envisioned a totally sustainable and self-sufficient estate where the foods that supplied their kitchens would come from their farm.  George Vanderbilt raised everything from chickens to beef. They prided themselves on growing everything that was consumed on the estate.  This self-sufficiency continued for many years, however, over time and with the opening of Biltmore to the public in 1930, the focus shifted.  The agricultural operation became a successful dairy and it remained that way until 1983. 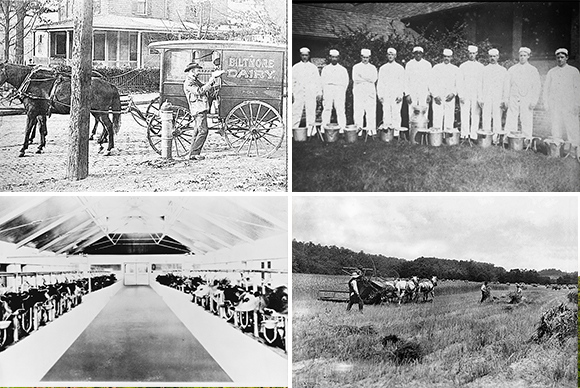 William A. V. Cecil (George Vanderbilt’s grandson) wanted to bring back the self-sufficiency and diversity at Biltmore and made a decision to hire someone that he knew could make this vision a reality, Ted Katsigianis, Ph.D. or Dr. Ted, as he is known.

Dr. Ted is the Vice President of Agricultural and Environmental Sciences at Biltmore and received his Doctorate in Animal Science from Penn State University.  Dr. Ted’s “uncle” attended Harvard with William Cecil and were best friends.  This personal connection led to Dr. Ted being hired 29 years ago to transition the property away from the commercial dairy operation to a self-sustaining agricultural program, as Mr. Vanderbilt had originally intended. 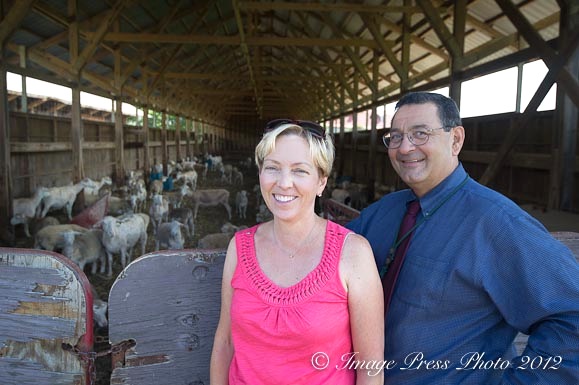 When Dr. Ted arrived in Asheville, from his position on the Faculty at the University of Maryland, he told us, “Local was not a big deal at the time.”  While the concept had taken off in states like California, that was not the focus in North Carolina (however, there is a large food movement in the state today).  Dr. Ted began to work with the culinary team and the buyers at Biltmore “to build a culture around local foods.  It took ten years.  For a while, everyone wanted to buy what they wanted to buy, but when we brought in chefs that embraced buying local, everything changed.” 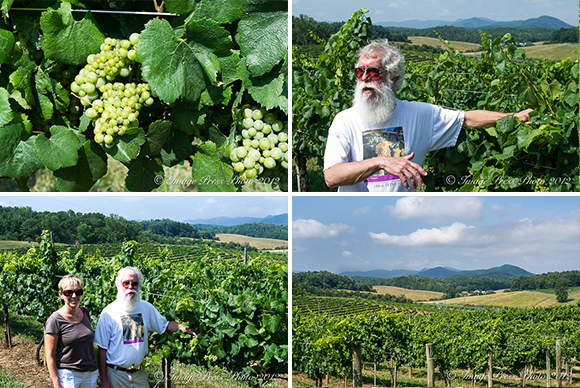 At the turn of the century, when Biltmore was self-sufficient, the livestock on the farm included Jersey Cattle, Angora Goats, Southdown Sheep, and Berkshire Hogs.  They also raised laying hens, ducks, quail, and pheasant, in addition to growing grain crops and various vegetables.  They foraged the land and maintained beehives. 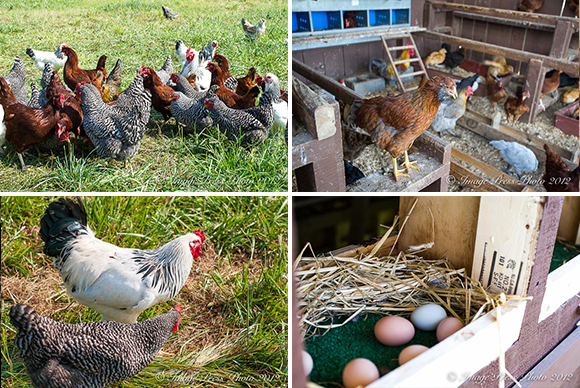 Today, with the help of Dr. Ted and his team, they raise many of the hearty Heirloom chicken breeds that were at Biltmore during the Vanderbilt years such as Brahmas, Rhode Island Reds, and Barred Rock (or Plymouth Rock).   The eggs from these chickens supply the Inn on Biltmore Estate.  In addition, they raise Khaki Campbell Ducks.  The pastry chefs love to use the duck eggs because they are richer and ideal for baking. 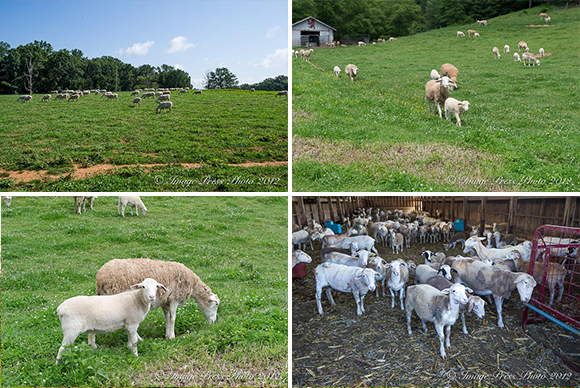 There are a total of 1500 head of livestock on the farm today.  The South African White Dorper Sheep is the breed now raised on the estate and was chosen because of its tolerance to heat.  It is a hybrid of the Blackhead Persian and Dorset Horn sheep.  All of the lambs raised for harvest on the farm are used by the chefs at Biltmore.  The lamb is very young when harvested (six to seven months) and is very tender and mild in taste.  The fat tailed Blackhead Persian sheep is a hair sheep (not wool) and has a more delicate meat and fat flavor that is preferred by the chefs.  In contrast, wooled sheep hold glandular secretions which makes the taste of the meat gamey. 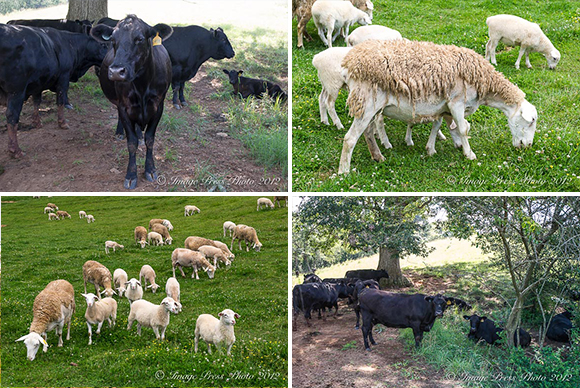 With all of the talk about grass fed beef, we were interested in the fact that Dr. Ted raises Angus cattle that are pasture raised (and rotated) and grain fed, which is again, favored by the chefs for the flavor profile.  Grain feeding the last six to eight weeks increases the marbling and fat profile and therefore, impacts the flavor of the meat.  Dr. Ted’s methods for raising cattle are cutting edge and he selects certain lines of cattle that are genetically known for higher marbling.  He is also experimenting with crossbreeding Waygu cattle with Angus cattle to create a breed that will be very flavorful and high in marbling.  He said the chefs are very excited about the beef and that this is what customers want.  All of the cattle harvested from the farm supply the restaurants on the estate.

Page: 1 2
We participate in the Amazon Services LLC Associates Program, an affiliate advertising program designed to provide a means for us to earn fees by linking to Amazon.com and affiliated sites.
posted on September 21, 2012 in Main Dishes, Recipes, The South, Travel
3 comments »