As you enter the mill, the air is filled with the steam from the sorghum making process; at times, it’s so thick, you can barely see across the room. The machinery has a Rube Goldberg appearance as the sorghum juice spews out one end, cascades through a trough, under a gate, through another trough, into a bucket, and pumped to a slide where it’s captured in a bottle. 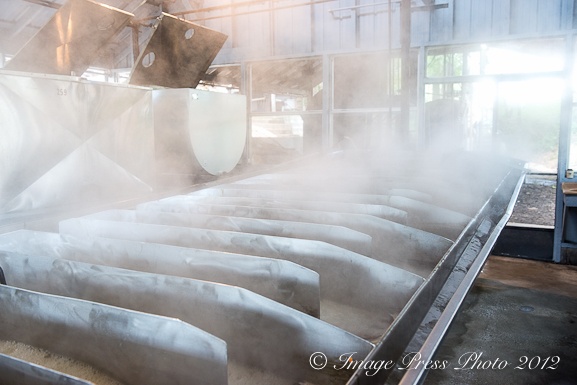 Several generations of families from the community take part in the making of the sorghum syrup. From the oldest, managing the temperature, flow, and skimming of chlorophyll from the hot cane syrup to the teenagers stoking the fire of the boiler, to the youngest members filling the bottles with the warm syrup. They all take turns and rotate responsibilities. There is a sense of community and purpose. 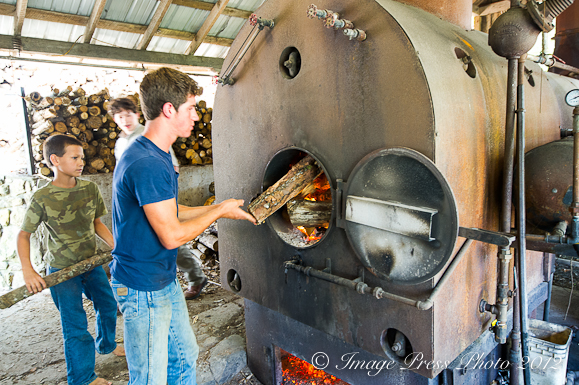 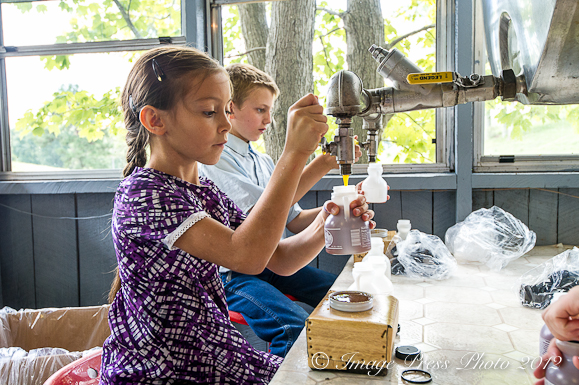 The youngest members help to bottle the sorghum

Sorghum has garnered much attention over the past several years as chefs have sought out local, heirloom, and artisanal ingredients. Dishes are no longer described in simple terms, but rather with a list that proudly states where the ingredient was raised, grown, or produced. As Southern food has become widely popular, sorghum has also become an integral ingredient in recipes across America.

The sweet taste of sorghum is lighter and milder than molasses and a healthier choice than corn syrup. It is high in antioxidants, calcium, and potassium, and it is excellent in baked goods as well as savory dishes. 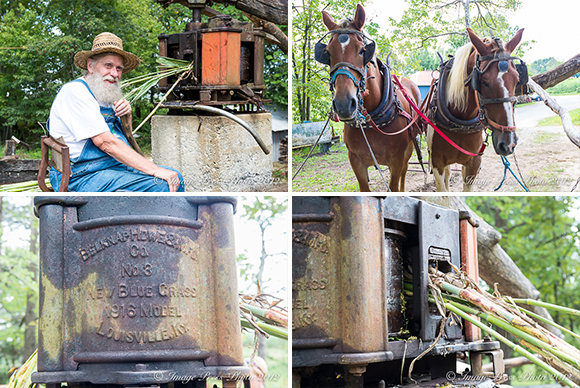 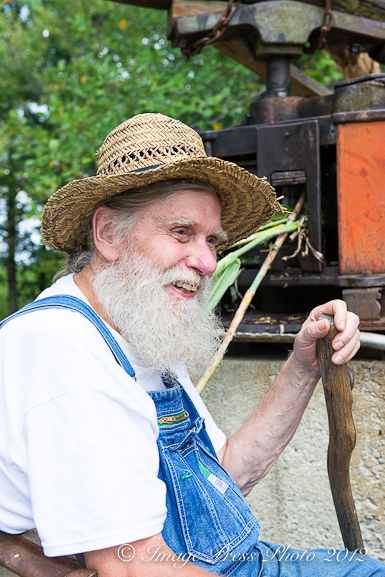 The Guenther family is preserving a product that is important to our American past. Recently, Muddy Pond Sorghum was named one of eleven culinary artisans to be the recipient of the President’s American Treasures Award and was honored at a ceremony at the White House in July. It is truly one of the highest honors for an individual or small producer “in recognition of a singular and significant contribution to our Nation that both preserves and fosters a unique All American craft and tradition.” They are also three-time Grand Champions in the National Sweet Sorghum Producers and Processors Association’s Sorghum Syrup Contest. 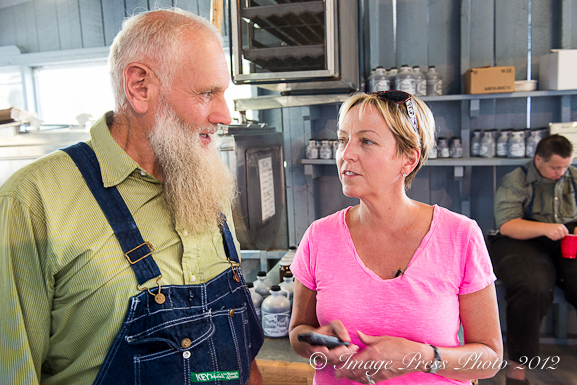 With John Guenther at the mill 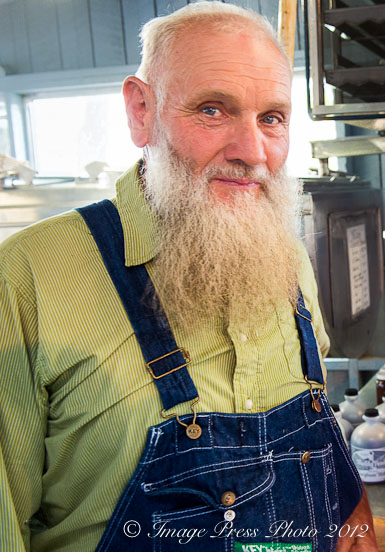 The patriarch of the family, John Guenther

Page: 1 2 3 4
We participate in the Amazon Services LLC Associates Program, an affiliate advertising program designed to provide a means for us to earn fees by linking to Amazon.com and affiliated sites.
posted on September 27, 2012 in Baked Goods, Farms and Artisans, Favorites, Recipes, The South, Travel
24 comments »