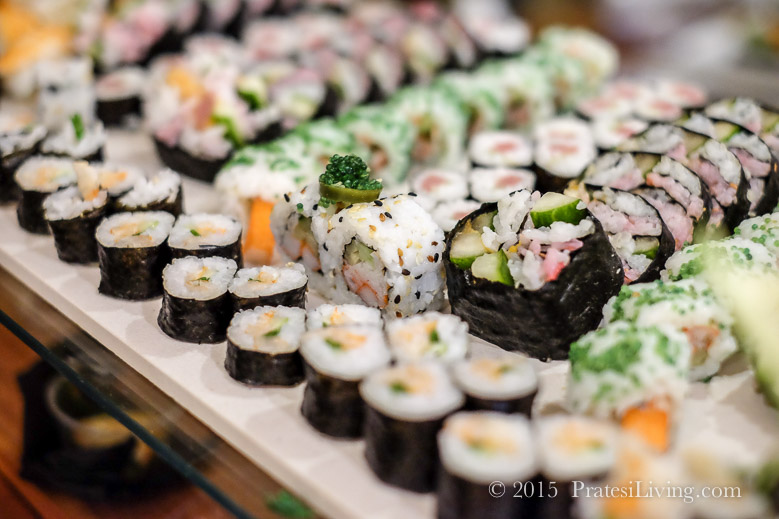 Food is now the number one reason people travel to destinations around the globe. With culinary adventure seeking at its height, hungry and adventurous travelers are looking for extraordinary dining experiences with strong cultural and local ingredient focus. And destinations are responding by upping their culinary game with new restaurants and food and wine events to lure even the most savvy traveler.

I recently returned from my first trip to Grand Bahama Island and Freeport. What I discovered is an island casual vibe with an evolving culinary scene driven by a few ambitious chefs, food artisans, and restaurateurs. Traditional island foods and flavors, such as fresh fish, conch, Caribbean jerk dishes, and tropical cocktails, are in abundance at local spots on the island, but, there is also a new generation of chefs who are traveling the world and bringing back culinary inspiration and ingredients from other countries. They are also encouraging and training younger cooks and chefs to enhance and expand their culinary capabilities, create new flavors, and incorporate modern techniques in their cooking. 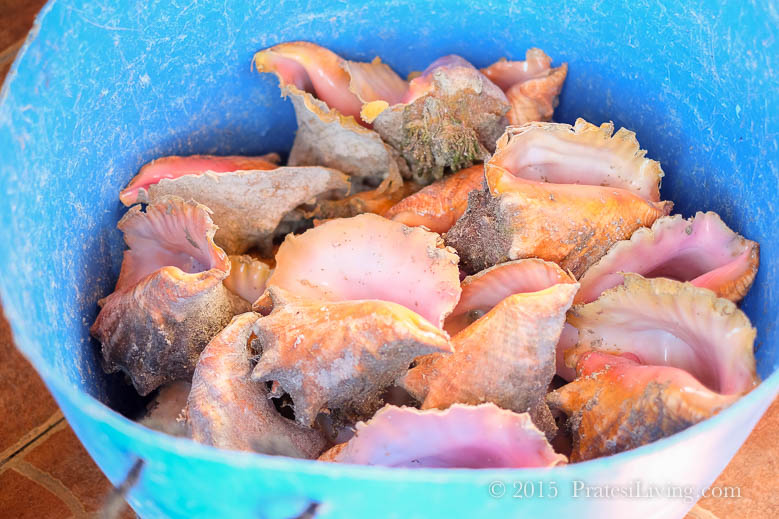 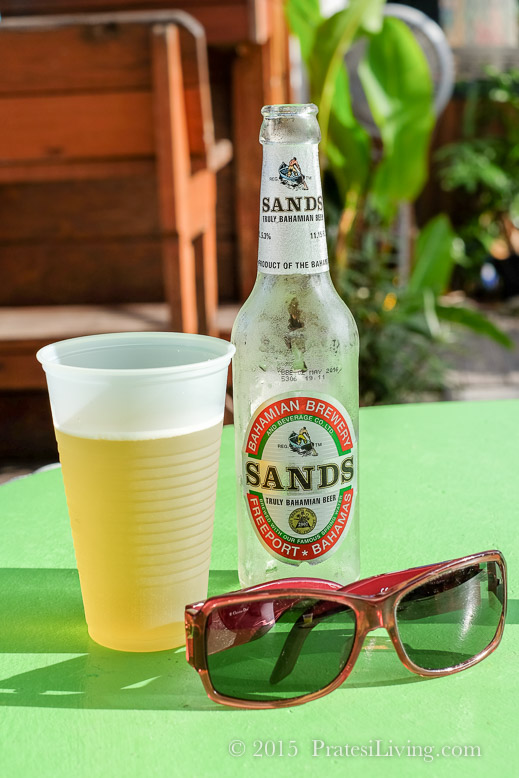 One of the local beers in the Bahamas 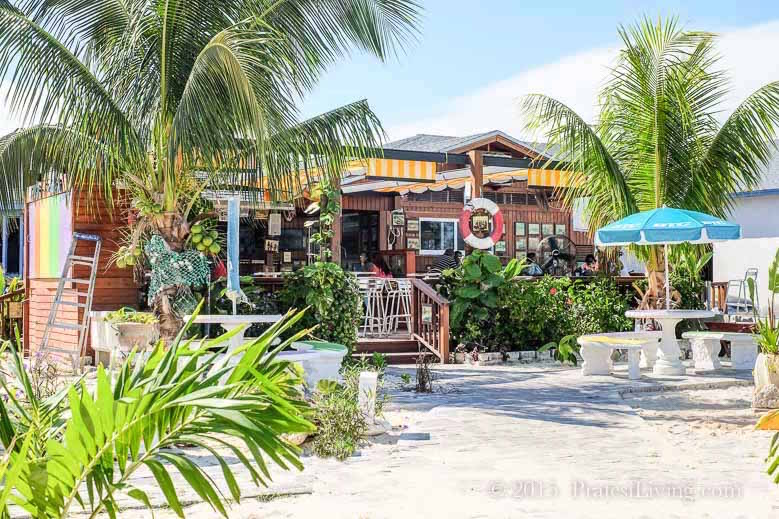 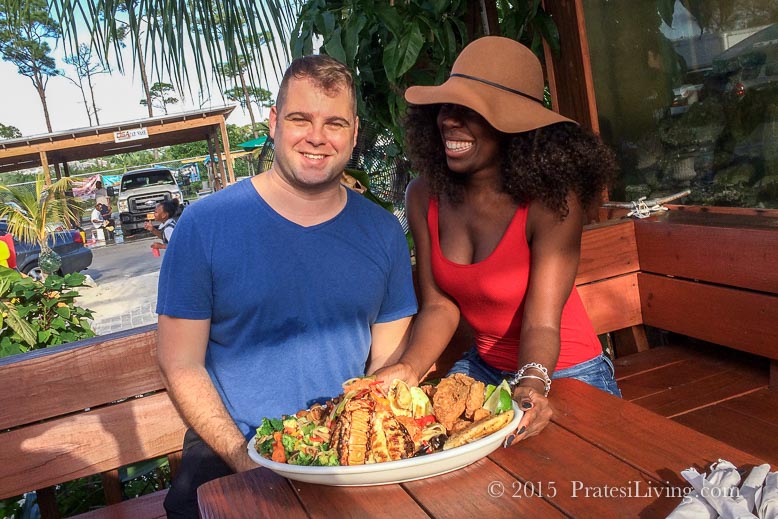 Over the past few years, chefs, restaurateurs, spirits distillers, and local artisans on Grand Bahama Island have been getting together one night a year to network in hopes of creating more awareness for their products and brands. This collaboration was the inspiration of Sean Johnson of Move Marketing and is supported by the Bahamas Ministry of Tourism, along with other sponsors. 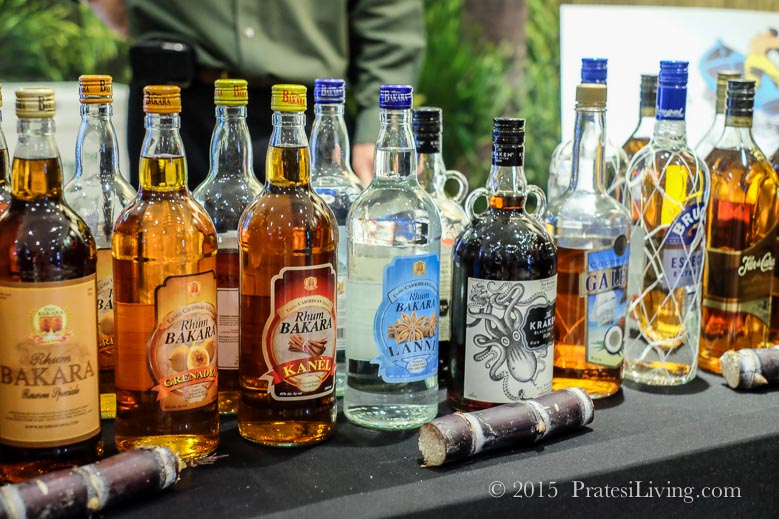 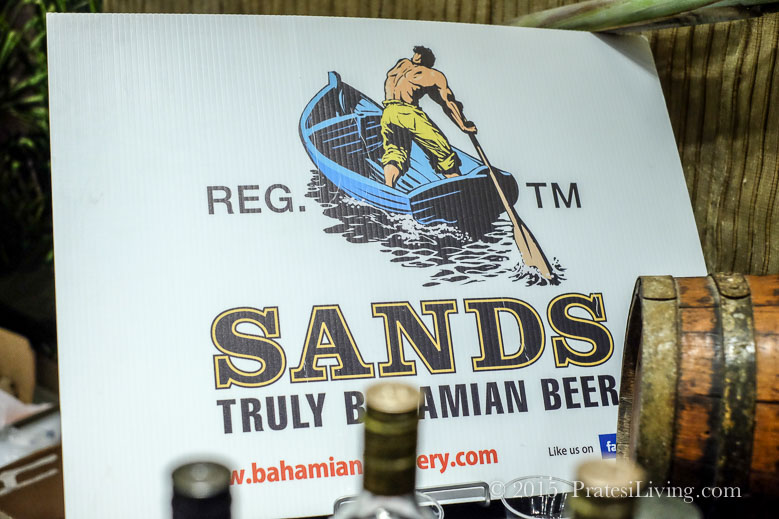 Local breweries and distillers participate in the event

This year, the group expanded to share an evening of food and fun for those in the industry as well as consumers, diners, and media that would enjoy the culinary experience. I had the opportunity to take part in the event, the 3rd Annual Meeting of the Minds: A Culinary Fusion Expo 2015, hosted at the Canal House at Pelican Bay Hotel in Freeport. The event took place in November and was open to participants from all of the islands in the Bahamas. The Culinary Fusion Expo showcased both traditional and emerging cuisine on Grand Bahama and other islands in the archipelago. Clearly, this was the gestation of a future Bahama Islands Food and Wine Festival. 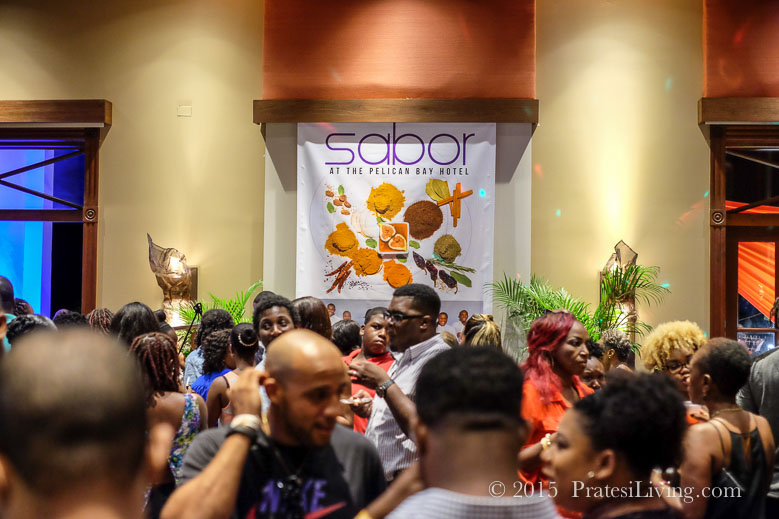 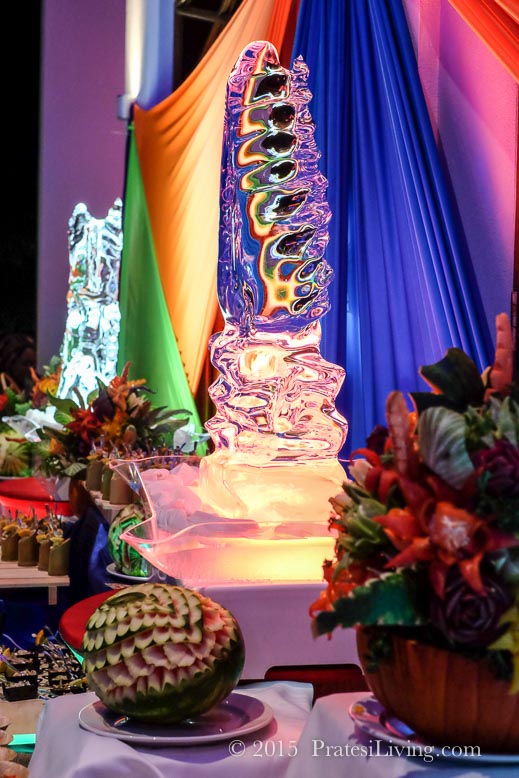 One of the many beautiful food displays

To learn more about the event, I spoke to Chef Tim Tibbitts, chef/owner of Flying Fish Modern Seafood in Freeport. He has been one of the chefs leading the way to make Freeport and Grand Bahama Island stand out as a culinary destination. His restaurant, one of the most notable in the region (named one of the Best Restaurants in the Caribbean in 2014 and 2015 by Caribbean Journal), offers a luxury dining experience featuring upscale cuisine, molecular gastronomy, and many dishes with an island flair. We first met Chef Tibbitts and his wife Rebecca (who is the co-owner and only certified female sommelier in the Bahamas) in New York City at a dinner at the James Beard House in 2014, so I was excited to personally visit and dine at Flying Fish and learn, first hand, about how the food scene is evolving on Grand Bahama Island. 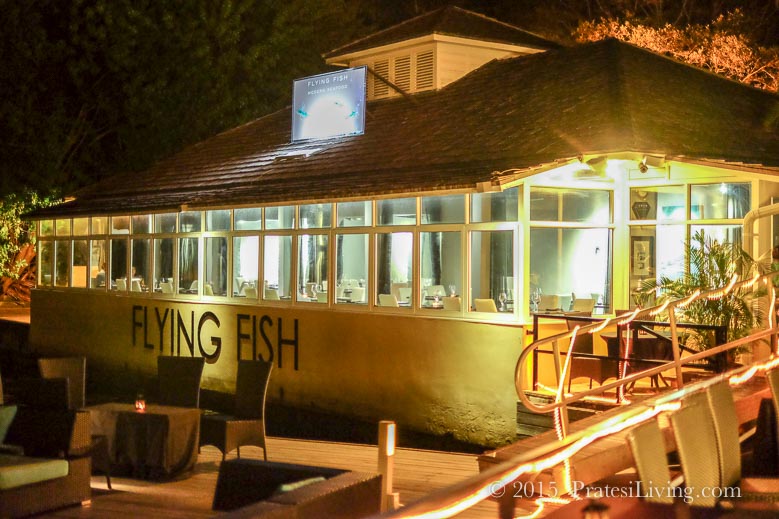 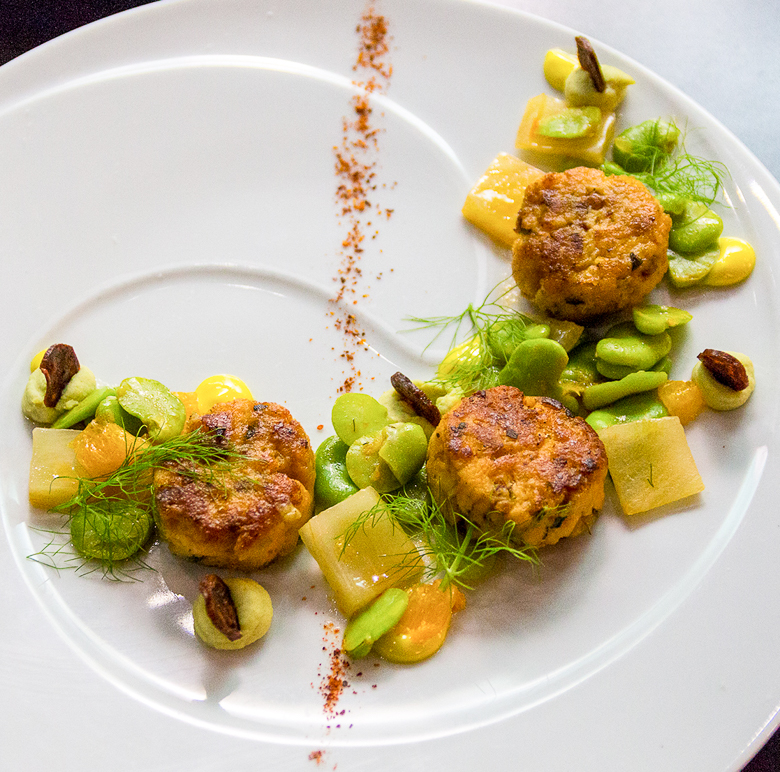 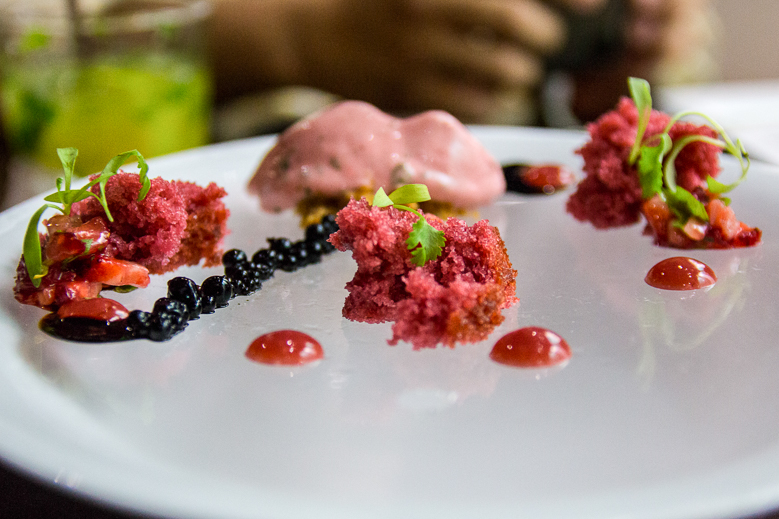 When I asked chef about the evolution of cuisine on the island, he told me, “The culinary scene on GBI is very young and we really see ourselves as helping to bring some culinary vision and differences to the island. When we came eight years ago, we were involved in opening a sushi restaurant, which was an uphill battle as far as introducing new flavors to palates and new ideas to eating and dining. Now, we see lots of people choosing sushi over other cuisines. We feel a responsibility to drive the food scene, not only in Freeport, but also for the whole country.

“There aren’t many chef-driven restaurants in the Bahamas as the costs involved in owning a restaurant are extreme here.  In order to do something at a high level you need funding and it’s hard to come by. As everyone knows, this is a very risky business and doing it here makes it even more so. In this regard, Flying Fish has become the leader in the country for creative cuisine to the masses. There are some up and coming chefs doing very good food, creative food, but only in a small dinner party or pop-up environment and not on a large scale. We help them keep striving as we’ve shown them that it is possible,” said Tibbitts. 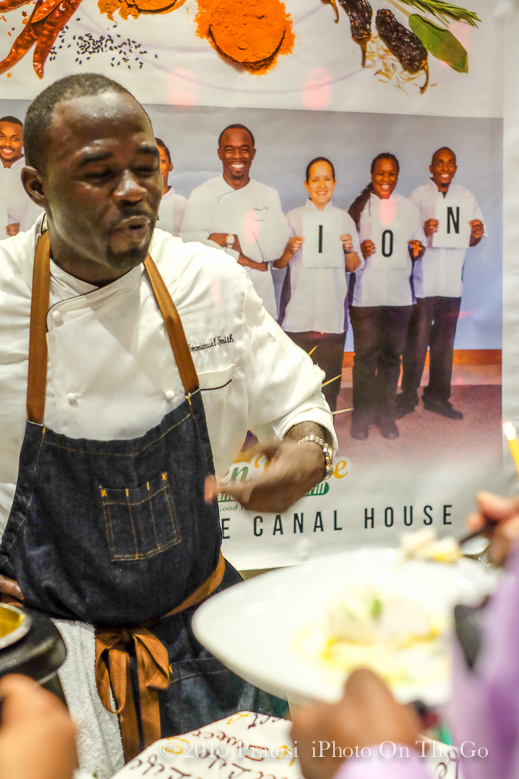 Could this be the winning dish? 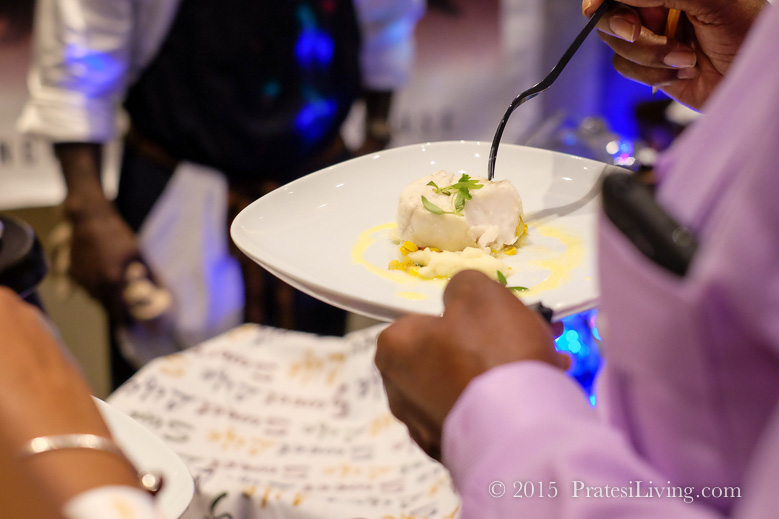 Judging for the best bite of the evening

Fourteen years ago, my husband and I got married and honeymooned in the Bahamas. We had one of the most extraordinary meals of our life together, though being on your honeymoon on an island paradise might have influenced that. We dined at Dune by Jean-Georges Vongerichten at the One&Only Ocean Club on Paradise Island. This outstanding French-Asian inspired restaurant was already catering to a discriminating and well-traveled palate. With its spectacular bar hanging over the beach and unforgettable sunsets visible from the bar, we have never forgotten the meal we experienced years ago with the quality of the ingredients, the flavors, and the care in preparation and presentation. To this day, I still remember it as the single best halibut dish I’ve ever had. Anywhere. 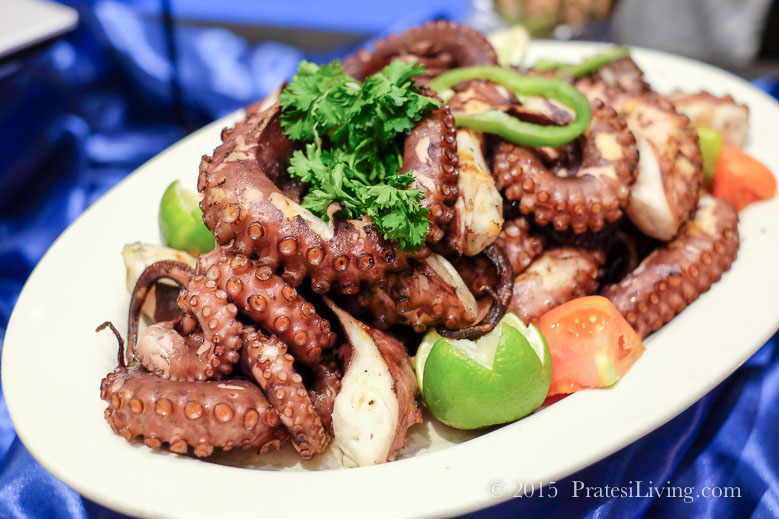 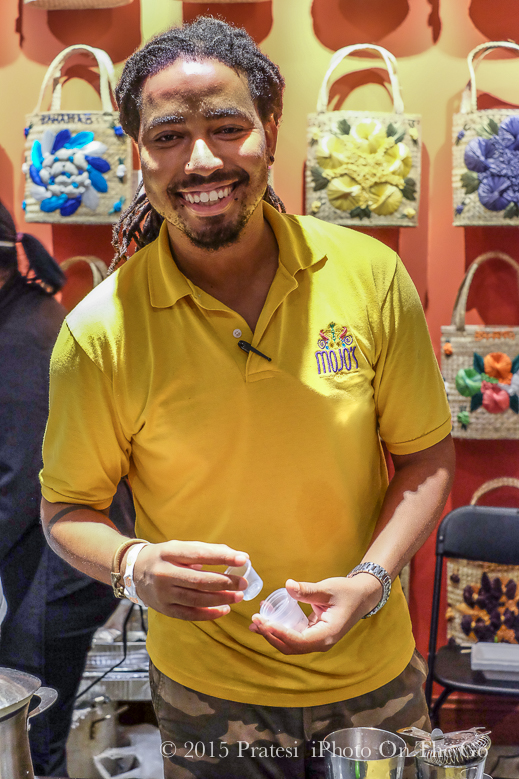 Chef Tibbitts, as one of the participating chefs in the Culinary Fusion Expo, is also involved in trying to create a larger and several day festival surrounding the upcoming 4th Annual Meeting of the Minds that will take place in the fall of 2016. Food and wine festivals around the world have become huge opportunities for local chefs, restaurants, hotels and resorts, and for the travel and tourism industries to expand their global reach and attract more visitors. Grand Bahama Island wants to be a part of that trend and attract visitors looking for a beautiful island vacation destination as well as becoming known for great food and dining. 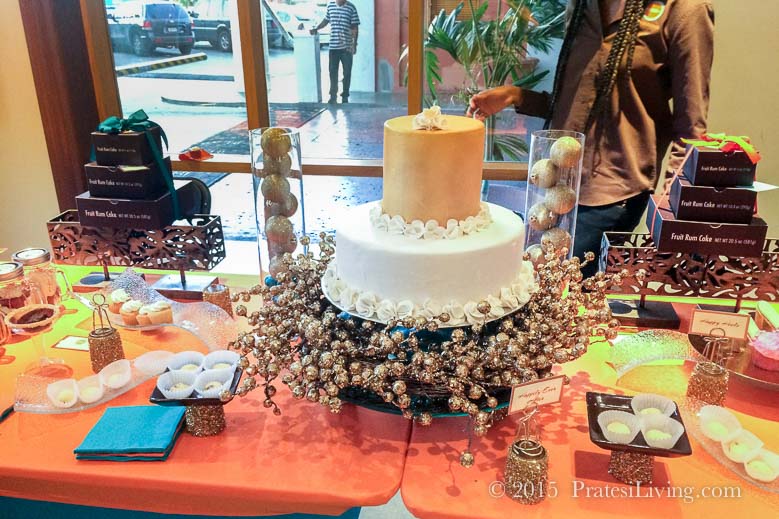 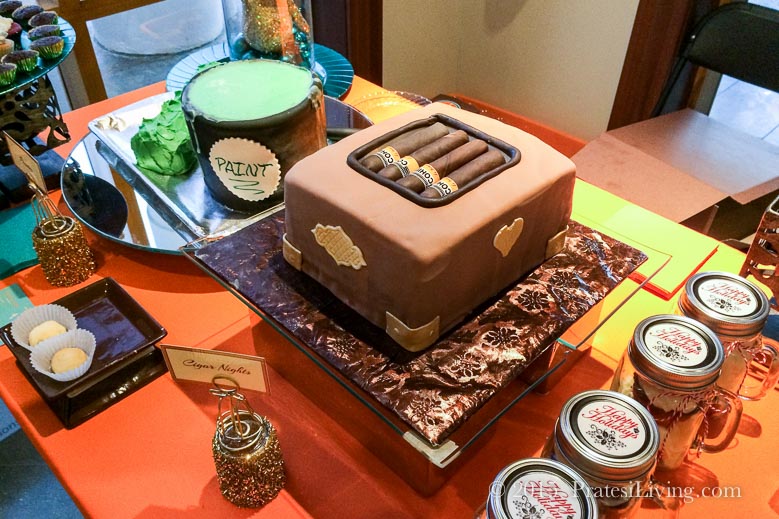 I asked Chef Tibbitts about the potential expansion of this year’s event. “We have been fortunate to be guests at quite a food and wine few festivals over the last two years and we have decided we would try to take all that we’ve learned from them and showcase our home. The goal is to show people there is more to The Bahamas than just one island. By holding an International Food Festival here in Freeport we hope to get the food world to keep Grand Bahama on the radar for food culture and possibly open the door for a few more restaurant endeavors that would be supported by the newfound interest in our island.”

He added, “Also, it’s a great excuse to get a group of celebrity chefs together for a few days and exchange stories and ideas. We enjoy the opportunities where we are able to hang out with like-minded individuals who go through the same struggles and celebrations. It’s a great bonding event for us and hopefully a great escape for the guests.”

As a first time visitor to Grand Bahama Island, I fell in love with its quiet sophistication, friendly people, natural beauty, and beautiful beaches. Combine that with the close proximity to the coast of Florida, and it’s the perfect place to get away to relax for a quick break or longer vacation.

Stay tuned for an update on the potential expansion of the Culinary Fusion Expo for 2016. With exciting new venues, dinners, and guest chefs, I can’t think of a better time to return to the island than this fall.

Continue to the next page for other dining options on Grand Bahama Island and a recipe for an island cocktail, the Guava Duff.

Page: 1 2
We participate in the Amazon Services LLC Associates Program, an affiliate advertising program designed to provide a means for us to earn fees by linking to Amazon.com and affiliated sites.
posted on January 6, 2016 in Caribbean, Food Events, Travel
2 comments »