by Gwen Pratesi • The Northeast, Travel 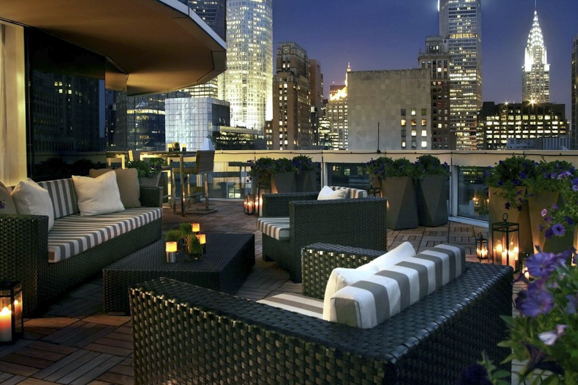 What plans do you make when you are headed to New York City?  Do you purchase tickets for  Broadway shows, make reservations at fabulous restaurants, dine at great local spots, plan sightseeing excursions, or look forward to luxury shopping?  There is so much to do and see when traveling to New York.  Some of these were certainly on our list during our recent (and quick) trip to the city for a Sustainable Seafood Dinner at The James Beard House with Chef Anthony Lamas and the Monterey Bay Aquarium, where we also had the chance to meet with our publisher for Southern Heat. 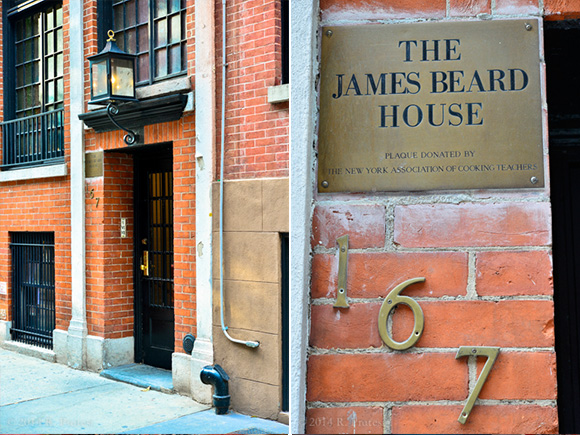 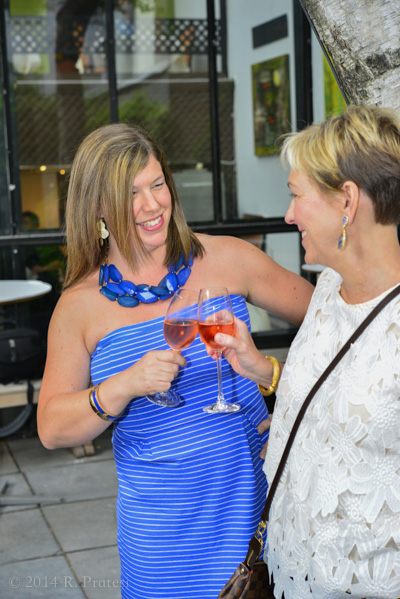 With Samantha Lamas at The James Beard House

While we were looking forward to the dinner, we also wanted to see more of New York City while we were there, so deciding on the right place to stay was important. We were looking for a central location with traditional sophistication and modern amenities. We had stayed at the Sofitel in The Netherlands last November and were impressed with their property, in particular, their level of service. The Sofitel Legend The Grand Amsterdam is a stunning hotel that has the stature of a grand palace, intuitive service, and a Michelin Star restaurant, so we were delighted to find that there was a Sofitel hotel in New York City. 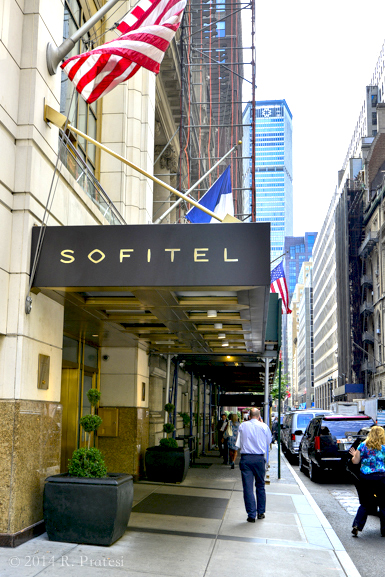 Located on 44th Street in Midtown West, near Rockefeller Center, Times Square, and the Broadway theaters, the Hotel Sofitel New York, is centrally located and allowed us to easily commute to our desired locations throughout Manhattan while enjoying a touch of France in the Big Apple. Greeted upon our arrival with a pleasant “Bonjour Monsieur and Madame,” in a lovely French accent, I felt as though we had just arrived at a hotel in Paris. 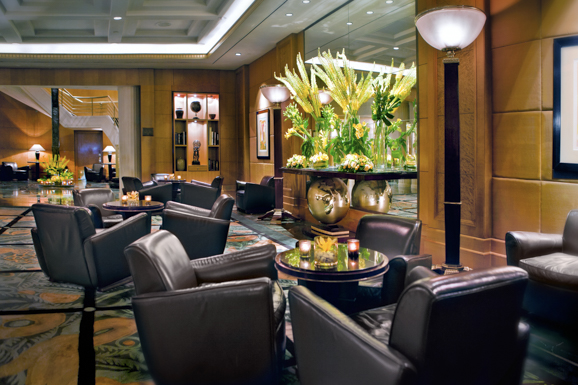 The contemporary design of this luxury property was inspired by the 1940’s classic Parisian and Manhattan Art Deco style. The paintings and artwork in the public spaces and rooms also reflect this period.  Black and white photographs of Paris scenes and landmarks grace the hallways reinforcing the hotel’s French origins.  The Sofitel New York has almost 400 rooms and suites.  Even though it is a large hotel with its 30 stories towering above Midtown Manhattan, the property has a more personal, almost clubby feel in its lobby, restaurant, and the accommodations. 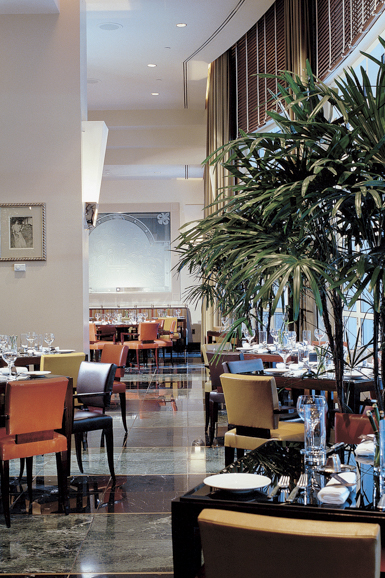 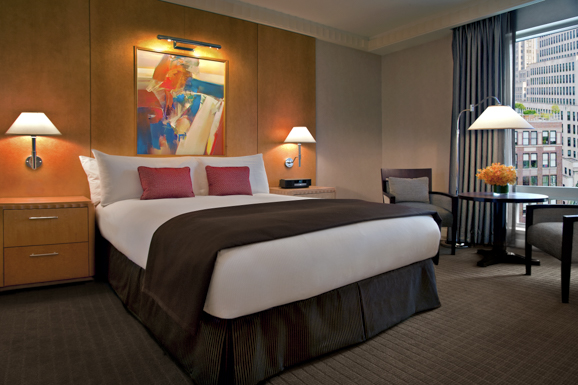 * Accommodations at the Sofitel

With our proximity to so many things we wanted to see and do in New York during our brief visit, we began each morning with a stroll down the street to Times Square to see the sights and grab a coffee before heading to breakfast, which we had at Carnegie Deli one morning. Reliving some of Mr. B’s days gone by of living in New York, we went to Carmine’s for lunch one afternoon. Located in the Theater District, just a short walk from the hotel, this New York institution has been serving traditional Southern Italian fare in New York City since 1990. So much about the interior and boisterousness of the restaurant had an iconic New York feel. Our server, Vinnie, added the authentic Italian accent to our meal.

Just steps outside the front door of the Sofitel were several popular restaurants in the city, including Daniel Boulud’s Café Boulud, where we enjoyed a lovely and leisurely lunch with a good friend during our second afternoon in the city. Earning three stars from the New York Times as well as a star in the Michelin Guide, we enjoyed another little taste of France with Boulud’s classic French cuisine. A lighter option, a traditional Salad Niçoise, was my choice for lunch before heading to Eataly for another round of pasta that evening and before heading home the next day. 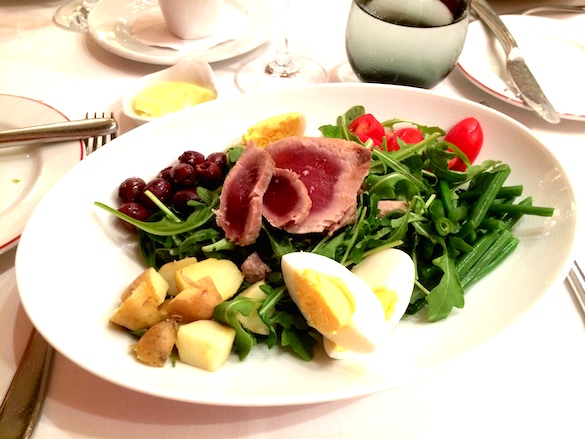 Salad Niçoise at Café Boulud – Taken with an iPhone 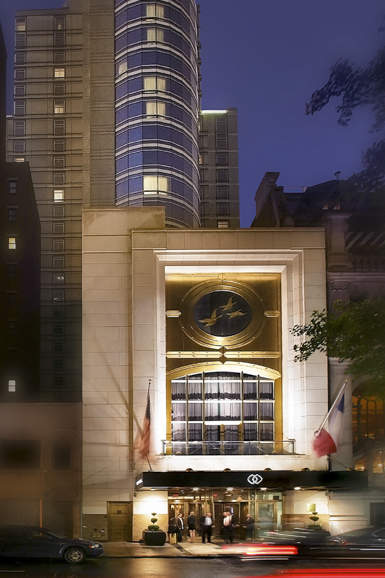 * Exterior of the hotel at night

Page: 1 2
We participate in the Amazon Services LLC Associates Program, an affiliate advertising program designed to provide a means for us to earn fees by linking to Amazon.com and affiliated sites.
posted on September 17, 2014 in The Northeast, Travel
2 comments »