The Adventures of Camp Blogaway – From the hills of the San Bernadino Mountains to Beverly Hills! 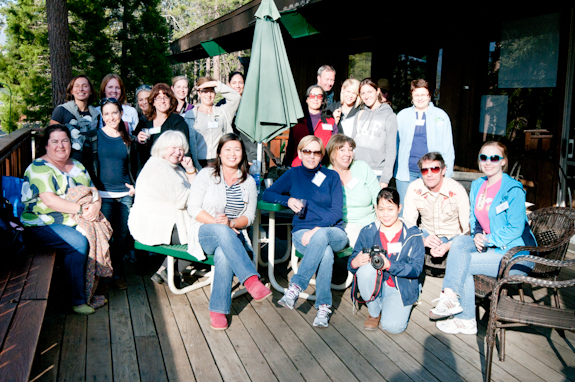 I really cannot imagine being able to have a better and more incredible group of people for food bloggers to be able to listen to and ask questions of all in one place in just a weekend. Thank you also to Marvin and his staff for all of the hard work in the kitchen. We had great food all weekend long.

I was hoping to be able to come back and tell tales of snakes in the cabin or bears meeting us at night in the woods, but alas, it is not so. The only encounter with nature was listening to coyotes at night and almost hitting one along with a skunk while driving down the road. 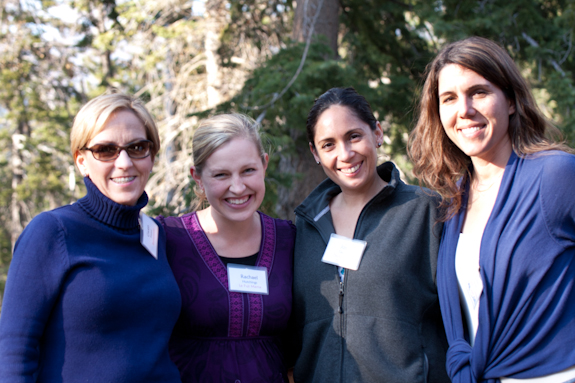 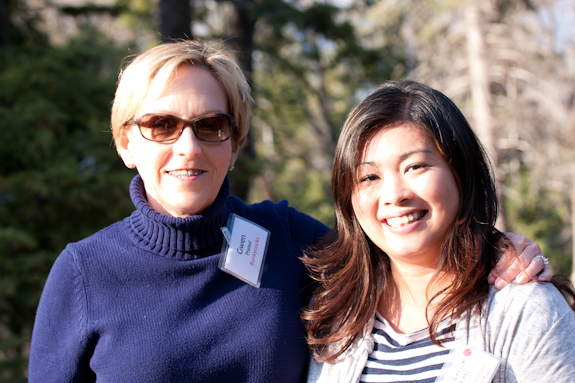 Me with Kim from Rustic Garden Bistro

One special addition to the weekend was altitude sickness. I do not think that any of us were prepared for that to occur, but unfortunately, several of us were stricken with a bit of it. I know one camper had to get off the mountain and Roger and I were almost to that point, but Caroline rescued me with a package of electrolytes. The hubs and I took a long ride down the mountain Saturday night after he was feeling pretty sketchy too. Our ears were popping all the way down the mountain. 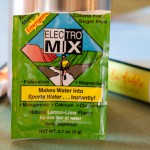 This stuff saved me!

By the time we reached Redlands (flat land), the headaches were gone, we could catch our breath and we were truly in the camper spirit to tackle the challenge of the high altitude once again, so we drove back up the mountain to finish the weekend.

It was very sad to say good-bye to some new friends. I did not get to speak with everyone, but was fortunate enough to have some lengthy conversations with several people (most of whom are in these pictures). We ended Sunday’s final session with the camper awards and fond farewells. Many of the campers see each other on a regular basis, but for a few of us from other parts of the country, it was a real good-bye. 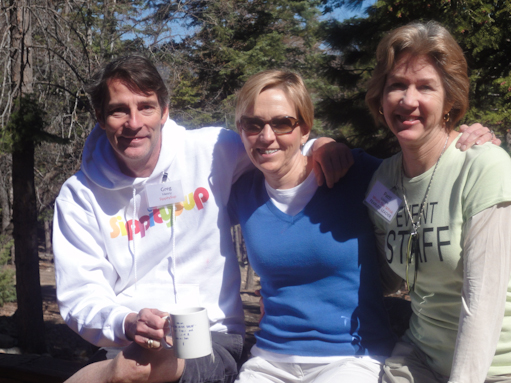 After packing up our camping gear and leaving Camp Blogaway, we headed back down the mountain and headed to slightly more comfortable accommodations in Beverly Hills at the Mosaic Hotel. I thoroughly enjoyed my weekend in the mountains, but I was really ready for a cushy bed with real linens and a really long hot shower! 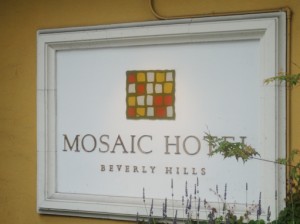 The stay at this hotel was certainly a treat after the big camping weekend. The big fluffy bed with soft luxury linens was totally awesome! Catching up on the internet (for me) and a nap for my hubby was then followed by a delightful dinner at Thomas Keller’s Bouchon Bistro. Roger had the Thon Grille a la Nicoise (fancy French language for grilled big eye tuna with accompanying veggies) and I had the Poulet Roti (perfectly roasted chicken with riz rouge, Michigan sour cherries and wilted spinach).

We had a few glasses of wine (now that I could consume alcohol without a headache from the altitude). They were running a bit behind with our entrees so they brought us a bowl of mixed olives before dinner and then sent us back to our hotel with two little packages of chocolate bouchons. They were very decadent with dark chocolate and chocolate chips. The perfect bite of dessert after a delicious dinner. 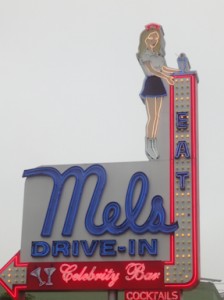 Another fancy restaurant in LA!

The next day we were off to see friends about an hour outside of Los Angeles. On the way to see them we decided to stop for breakfast at Mel’s Drive-in (why do they call it that? You can’t drive in!), which is right in West Hollywood (we ate breakfast there once before). The original Mel’s Drive-Ins were of American Graffiti fame. The restaurant happens to be near the Kodak Theater where American Idol is taking place. We were hoping to see Simon Cowell at breakfast, but must have just missed him since it was closer to lunch when we arrived.

The last evening in California was shared with good friends and we had another wonderful dinner. This time I did miss seeing someone well-known for real! Tom Selleck was having dinner where we were, but I looked too late and missed him! I always thought he was the Marlboro man and now I will never know.

We had such a fun time in California and a wonderful experience at Camp Blogaway. 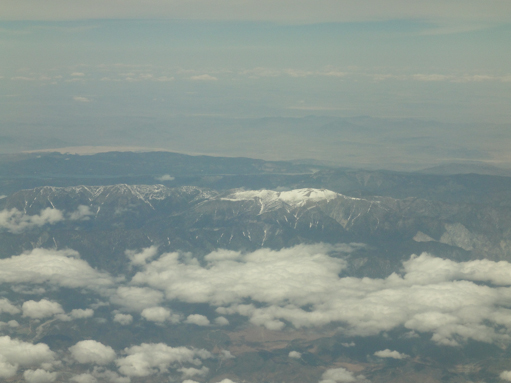 Good-bye Camp Blogaway and LA! (from the plane)

We participate in the Amazon Services LLC Associates Program, an affiliate advertising program designed to provide a means for us to earn fees by linking to Amazon.com and affiliated sites.
posted on May 20, 2010 in Events, Travel, West
28 comments »

END_OF_DOCUMENT_TOKEN_TO_BE_REPLACED

28 comments on “The Adventures of Camp Blogaway – From the hills of the San Bernadino Mountains to Beverly Hills!”