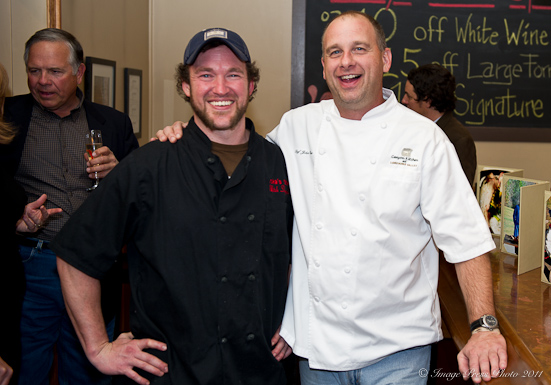 My last few articles have been about some of the events we attended during the Highlands Culinary Weekend.  This evening was another very special dinner and of particular interest to us.  The theme was inspired by the book, Seven Fires: Grilling the Argentine Way, which is about various open flame wood cooking methods used in South America.   The evening’s dinner was prepared by Chef Mitch Sheppard of Ruka’s Table in Highlands, North Carolina and their guest chef, John Fleer of Canyon Kitchen in Cashiers, North Carolina.

When we interviewed John Fleer in July 2010, he told us about his fascination with this cooking method and the book, Seven Fires by Francis Mallmann.  Mallmann is one of South America’s best known chefs.  Trained in some of the finest kitchens in France, at age 40 he stopped cooking “fancy French food”, as Mallmann called it, and returned to his roots in Patagonia and began cooking in a very different way. 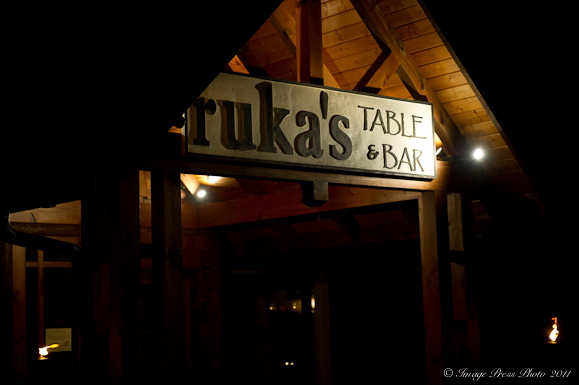 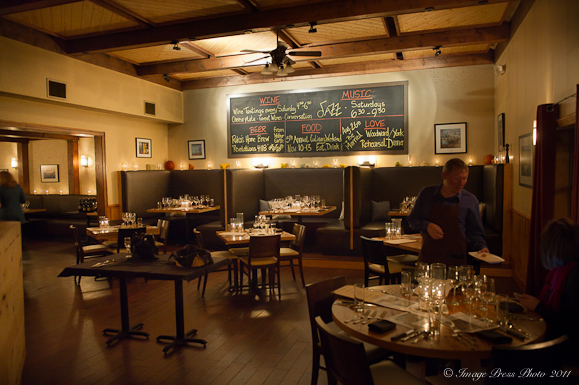 Mallmann’s book, Seven Fires, was inspired by the constant fires that Mallmann recalls in his home while growing up in the Andes.  These fires heated everything from his family’s home, to their water and finally, it fed their large kitchen stove.  The cuisine is also called Nuevo Andean.  It is based on the wood fire and cast iron cooking that has been used for generations by the gauchos and Native Americans.

This method, combined with Mallmann’s extensive background in French cooking, brings out all the flavors and textures of the food, relying more on the cooking method and not complicated ingredients or sauces.  Each of the methods uses varying degrees of flame or heat, depending on what type of food is being prepared. 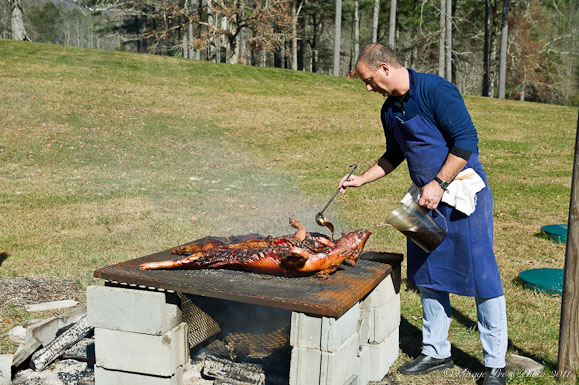 “I adore dissonance in food – two tastes fighting each other.  It wakes up your palate and surprises you.  As you’ll see in many of the recipes in this book, charring or even burning adds an extra dimension to breads, vegetables, and fruit.  The right amount of burning or charring can be delicious and seductive: a burnt tomato, for example, has a dark crust bordering on bitter, while the inside is soft and gentle in texture and taste.

What appeals to me is the element of danger and excitement in creating a burnt taste.  Take the burning too far, and it destroys the dish.  Stay just this side of the line, and it is lovely.” – Francis Mallmann 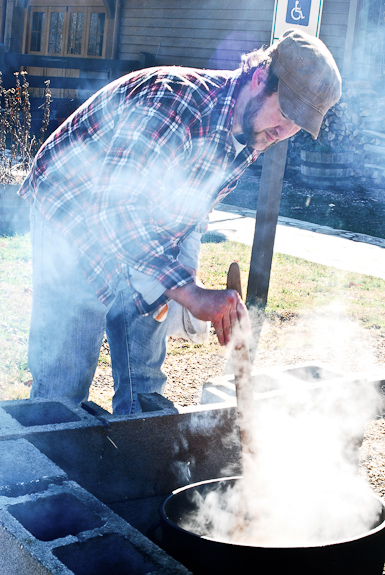 Much of the cooking for this dinner was done earlier in the day due to the need for the outdoor fires and length of time for some of the preparation and cooking.  We went over to Canyon Kitchen to meet with Chef Fleer to talk to him about the evening’s dinner and take some photos.  Chef Sheppard split his time between Canyon Kitchen and Ruka’s Table during the day while preparing some of the other dishes for the evening’s dinner. 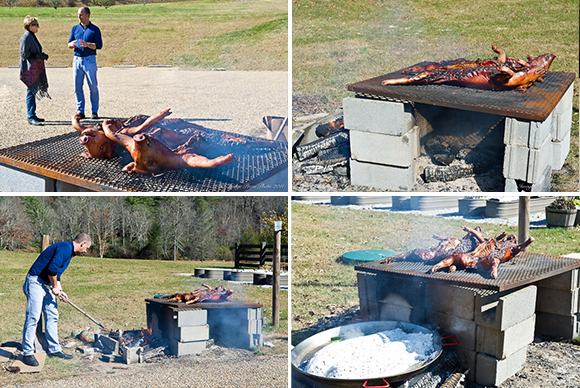 There were seven courses for dinner that evening and six of them were prepared by one of the Seven Fires methods of cooking over open fire.  The only method of cooking not used for the dinner was Horno de Barro, which is cooking in an outdoor bread oven (similar to those in Tuscan kitchens).

The suckling pig that Chef Fleer was cooking and basting was prepared by the Asador method.  This is how you cook whole animals (pigs, lambs or goats).

Page: 1 2 3
We participate in the Amazon Services LLC Associates Program, an affiliate advertising program designed to provide a means for us to earn fees by linking to Amazon.com and affiliated sites.
posted on November 22, 2011 in Desserts, Events, Recipes, The South, Travel
5 comments »