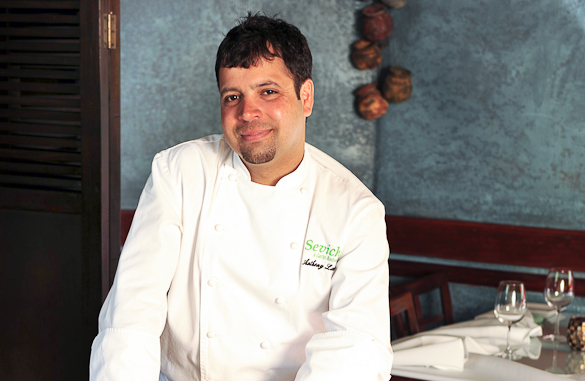 “Give it a little love before you cook it.”  – Chef Anthony Lamas

Whether it is his love, passion for cooking, Latin heritage or infectious personality, Chef Anthony Lamas seems to have found the right combination of ingredients for success for his Seviche, A Latin Restaurant, in Louisville, Kentucky.  His talent and this restaurant have steadily been rising in the spotlight of the national culinary scene since opening in 2005.

A three-time James Beard Foundation Award semifinalist in the Southeast and winner of Food Network’s Extreme Chef in August 2011, Lamas has become one of the most recognized chefs in the country.  USA Today has named Seviche as one of “10 great places for Latino flavor and flair” in the the U.S., rivaling cities likes New York , Miami and Los Angeles.  John Mariani of Esquire stated “Seviche has emerged as one of America’s best and most innovative Nuevo Latino restaurants with plenty of the chef’s personality in every dish…If you have time for one meal in Louisville, make it Seviche”. 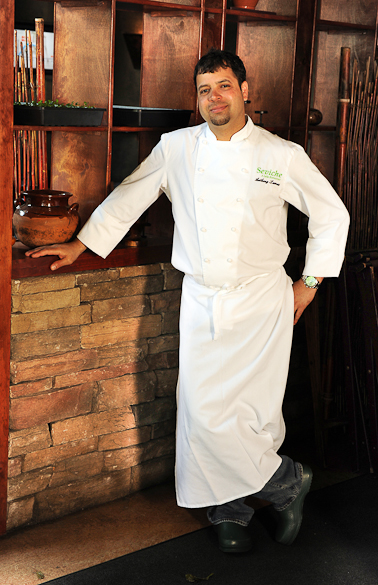 One reason for this success is Lamas’ ability to create an environment at Seviche where you feel his passion and love for the food.  As is the case with every great chef we have worked with or interviewed, Lamas is very demanding and expects everyone to adhere to his high standards.   Lamas says “I care about everything from the moment you walk through the front door to the food.  We just try to do our very best and stay true to good, fresh ingredients.”

Lamas grew up on the West Coast and worked in his family’s Spanish restaurant from the time he was a young boy.  His modern interpretation of classic Latin dishes are inspired by his Mexican and Puerto Rican heritage.  Growing up in California, he learned to combine traditional Pacific Rim and West Coast flavors in his dishes.  Many Latin American countries, like Peru, have Asian influences.  “I mix it all up.  There is a lot of inspiration since each country is very different.”

How do these big flavors translate in the South where fried chicken and collard greens are the staple?  How about local Kentucky Weisenberger Grits with chorizo or Serrano ham mingled with roasted poplano peppers, Manchego cheese and sweet corn fresh off the cob?  Or his take on Fried Green Tomatoes made with blue corn meal and a Spicy Green Chili Buttermilk Dressing. 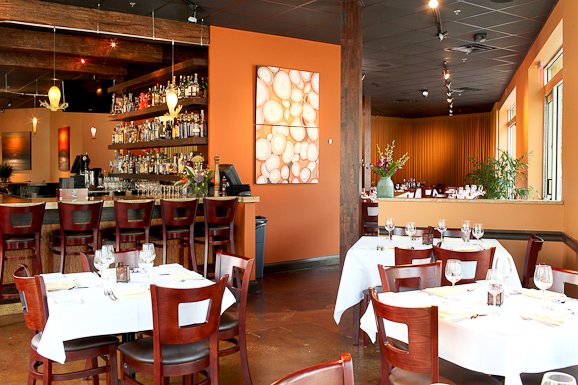 Better yet, Lamas will break down a local pig and and serve various cuts of the pork with a sauce infused with bourbon, orange zest, tomato, onion, garlic and chipotle chili.  You cannot forget the collard greens in the South and his rendition where potlikker is translated into Demi-glace and the meat from the ham hocks becomes filling for Collard Greens and Pork Trotter Empanadas.  Your taste buds go in to overdrive when listening to Lamas describe his food.

Lamas loves that all eyes are on the South right now.  “It has exploded over the last three to five years.  We are bringing back all the comfort foods and this is perfect to apply to my cuisine.  The farmers are the stars here and we just take the great products and work with them.” 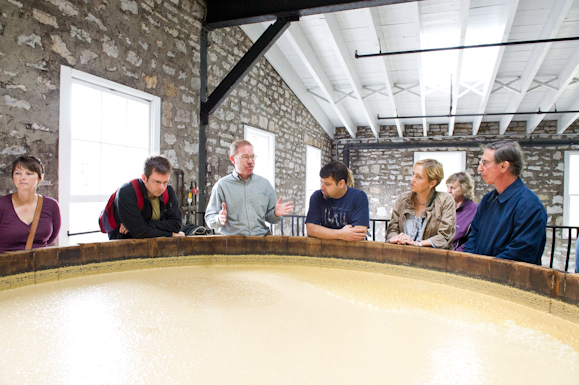