While Lamas works with many local farmers and purveyors and showcases those foods, he believes that “Farm to Table” is trendy.  Growing up on a farm in Central California, this has always been his style of cooking.  “It’s just what we do.  We cook in the season with local and sustainable products.”

One of the ways that Chef Lamas is working with local farmers is to choose seeds and grow products together, like Heirloom peppers.  He also has a farmer that grows Kohlrabi for him which he combines with thinly sliced green apple and then dresses it with ginger, sesame, soy and red chili for a Latin-inspired twist on slaw.

Always in search of the finest products to use at Seviche, Lamas will also source some of his ingredients that might not be available locally, such as wild mushrooms or sustainable fish from the coast of California.   With the UPS hub located in Louisville, he says that many foods will reach him before they get to cities like New York. 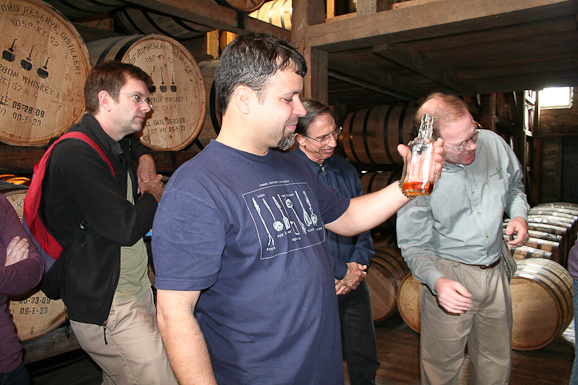 Wanting to know what Chef Lamas is currently focused on, he had two immediate responses. “Breaking down the whole animal.  We take a whole hog and make pâté, sausage, chops, and smoked hams.  The young kids in the kitchen really enjoy it.  There are so many applications and we can get creative.”

“Canning.  I am obsessed with canning.  It’s my new labor of love.  This winter we preserved and pickled beets and turnips.  We made jams from winter fruits.  I am going back to what mom did.  It looks pretty in the restaurant and we use it.”  His plan is to to eventually have no other canned products at Seviche than those he makes in-house.  “This summer I want to put up about 200 pounds of tomatoes for roasted tomato sauce and salsa.  Take the beautiful summer tomatoes and preserve them.  They will taste so much better than anything I could buy.” 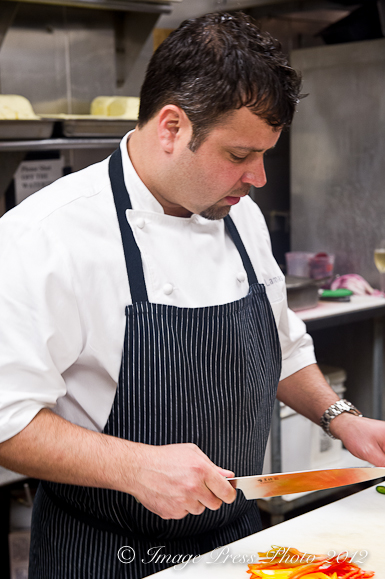 When asked what type of chef he hires for his kitchen at Seviche, Lamas says many times he looks for a similar background to his own.  “I like taking younger guys that have worked in several kitchens.  I had an apprenticeship at a resort where a chef took me under his wing.  I was trained to work every meal, from breakfast to dinner.  I like to have my chefs work all the stations in the kitchen.  That is the best training.  This is the way I learned.”

“I think that some of these kids are being misled by culinary schools and television.  They have never stepped into a kitchen before.  They think they are going to go to school and then end up being a TV star, like Bobby Flay.  Many kids cannot afford to go to school, but they can afford to work in a kitchen.  I will have guys come in and work for me for three or four hours to see how busy it really is and see if they can handle it.  We put out 250 covers a day and the food has to be consistent every day, whether I am there or not.”

Page: 1 2 3
We participate in the Amazon Services LLC Associates Program, an affiliate advertising program designed to provide a means for us to earn fees by linking to Amazon.com and affiliated sites.
posted on March 25, 2012 in Chef Interviews, Main Dishes, Recipes, Side Dishes
14 comments »