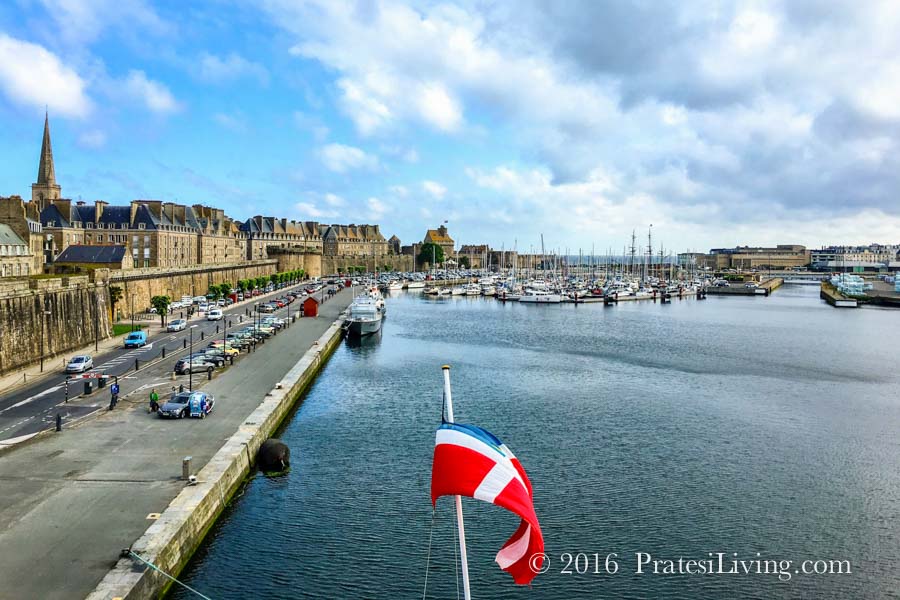 Culinary cruises are one of the hottest trends in the cruise market. What started out as an on board guest chef with a cooking demo has turned into famous chefs being at the helm of entire culinary programs, partnerships with magazines like Food & Wine, the creation of on board Culinary Arts Centers, and even celebrity chefs having their own restaurants on board ships. Many lines offer special food and wine-themed cruises and some expect to tantalize you with their creations on every sailing. One of the newest culinary pairings in the industry is Windstar Cruises’ partnership with the prestigious James Beard Foundation. This obsession with everything food and wine is designed to immerse passengers in an extraordinary culinary experience with special guests that are experts in their field, tastings, activities, and intriguing shore excursions that are sure to have you asking for seconds. 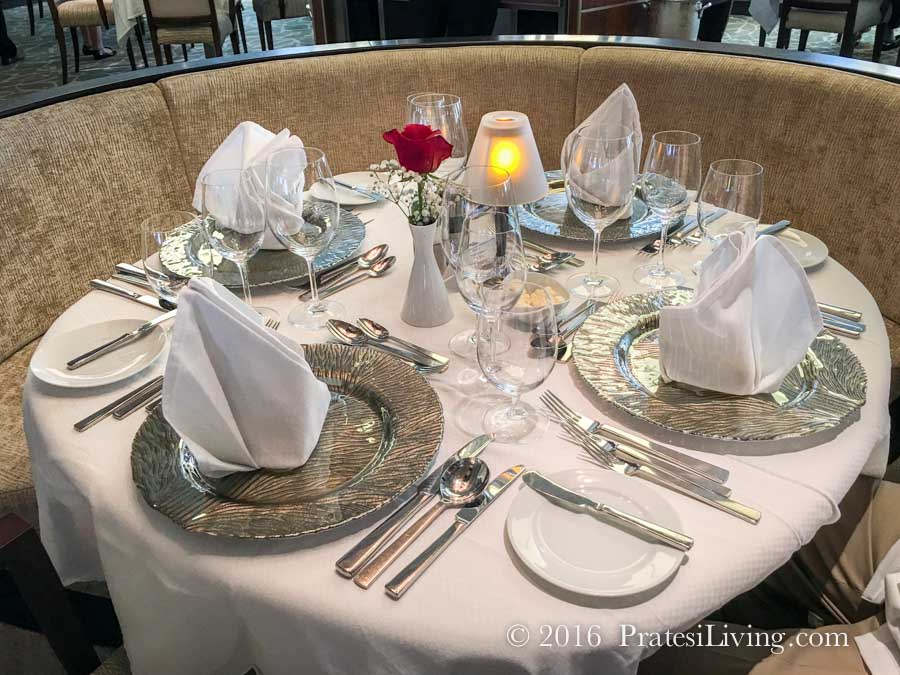 Dining in AmphorA on the Star Legend 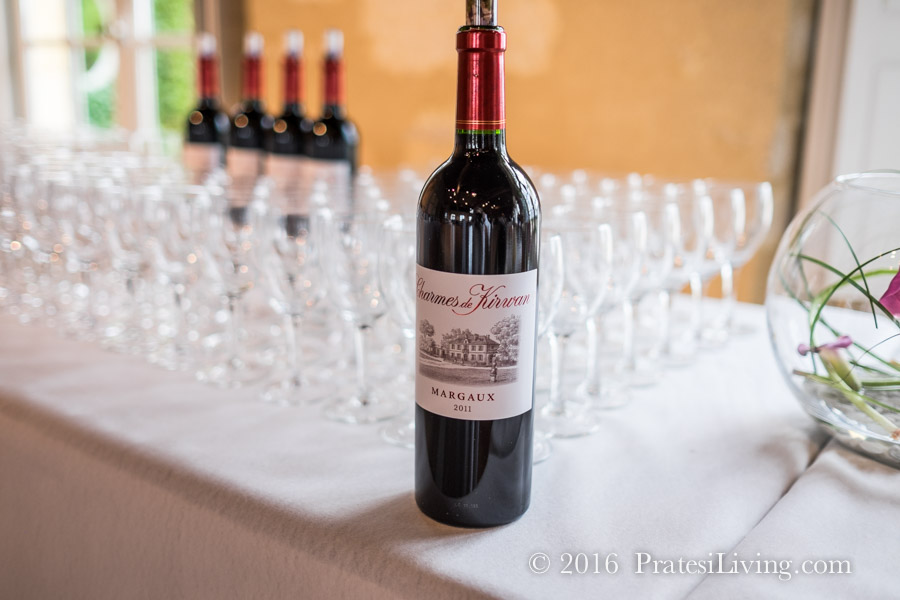 A culinary journey through Portugal, Spain, and France

A spectacular European sailing adventure includes visiting places you’ve always dreamed about, discovering special destinations you never knew existed, strolling through ancient walled cities, wandering through romantic castles and celebrated cathedrals, and visiting iconic European cities with their unique history, culture, and architecture. The experience becomes magical when you incorporate the culinary components that make each destination unique, such as eating fresh seafood from the coastal region of Portugal and the famous custard tarts at Pastéis de Belém in Lisbon, learning to pour Asturian cider in Gijon, Spain, drinking wine in the chateaux of legendary vineyards, eating oysters fresh from their beds on the coast of Brittany in France, and learning the story behind these revered foods, wine, and spirits. 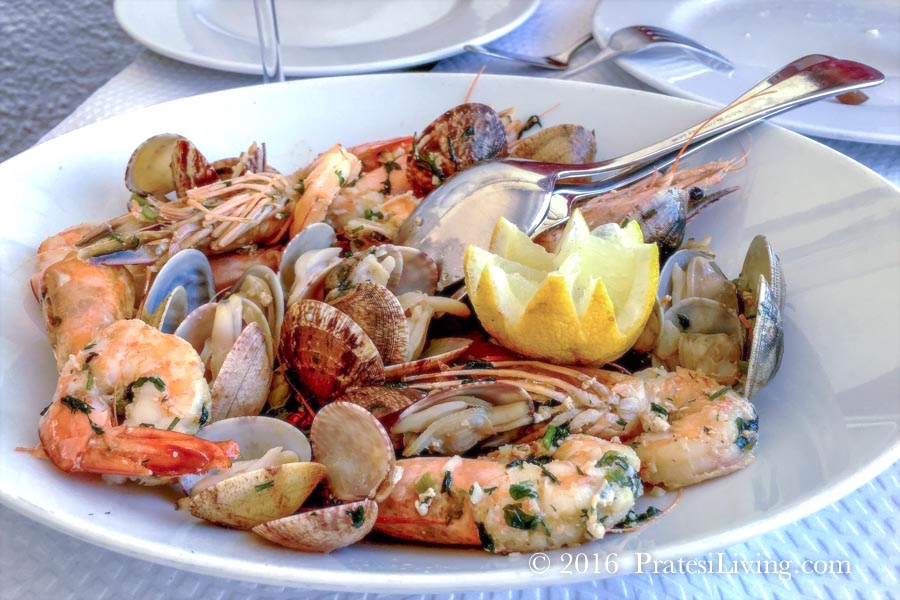 Prawns and clams in Portugal 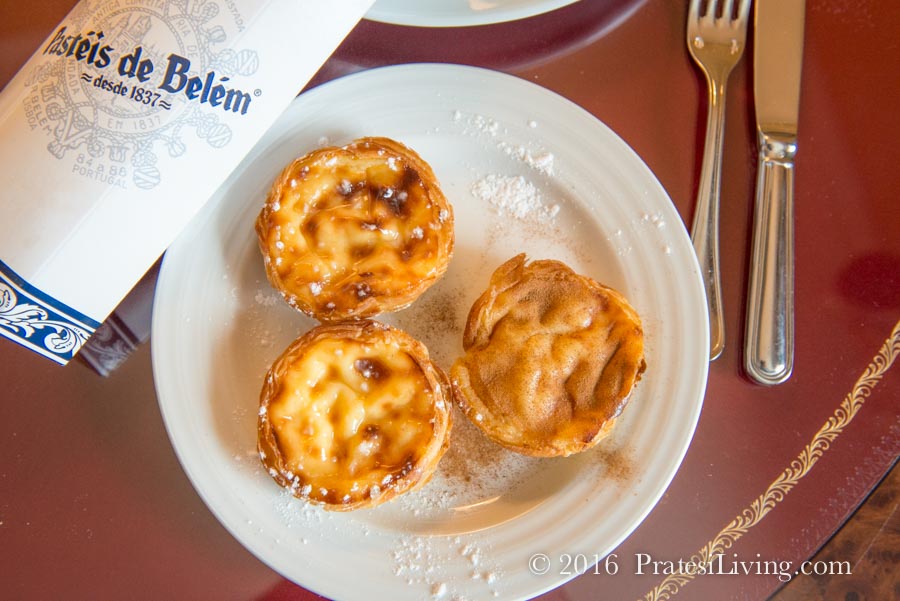 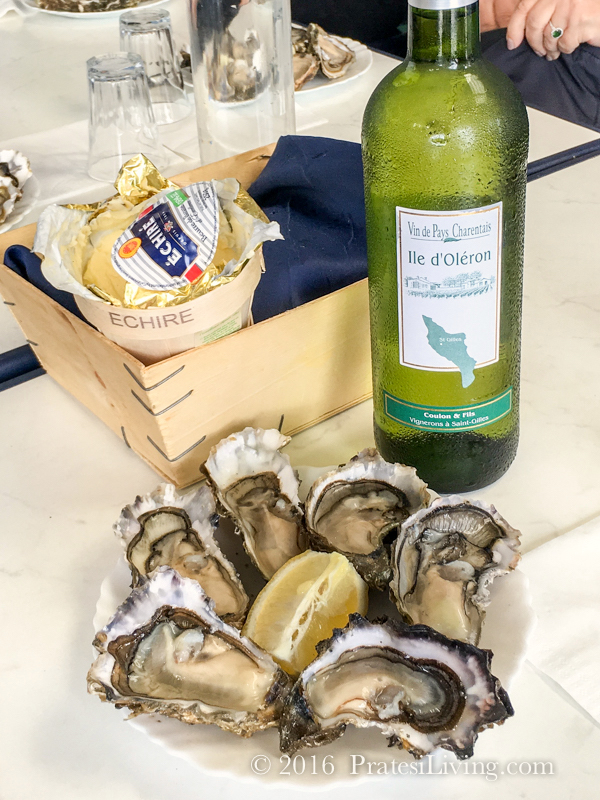 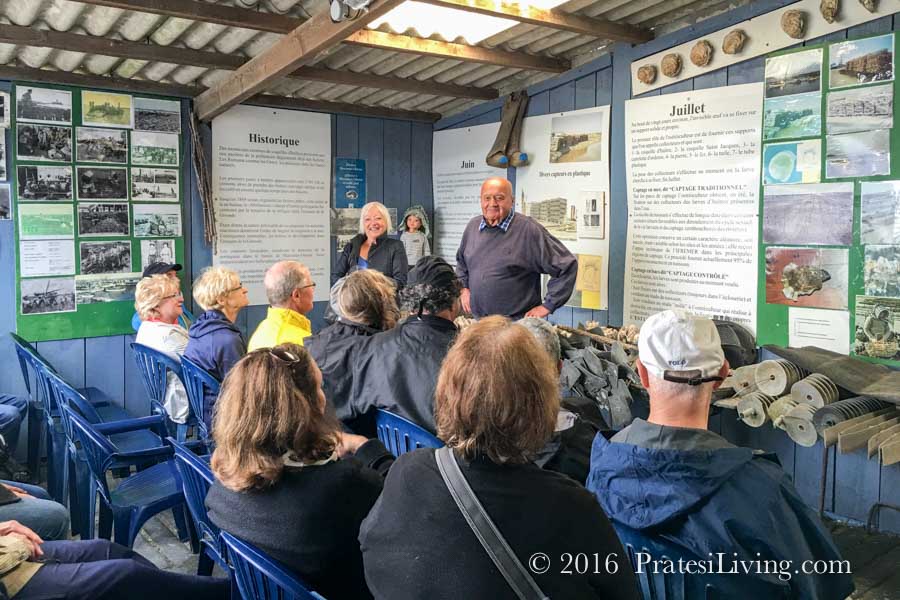 A local oysterman in Marennes, France

A recent voyage with Windstar Cruises took us on a magical journey from Lisbon, the hilly coastal capital of Portugal, to the Douro River of Porto, and to hidden treasures like Gijon and Covadongas on Biscayne Bay in the Asturias region of Spain. We visited the famous wine-growing region of Bordeaux on the River Garonne, and the French coastal regions where oysters and Calvados are famous the world over, with our final destination, the spirited capital of the Republic of Ireland, Dublin, where Guinness and Irish whiskey reign supreme. With breathtaking scenery and unexpected surprises in several of these storybook-like ports of call and nearby towns, it was a trip of a lifetime and one that was further enhanced with the focus on the cuisine and wines of the region.

Partnering with the James Beard Foundation, this itinerary was one in a series of three culinary cruises and the first of its kind featuring a James Beard award-winning chef on the ship along with an executive from the Foundation, a notable author, and a sommelier and spirits expert. With much of the cruise about experiencing local food and wine, these were the perfect ports of call and locations to taste the very different terroir in the wines, enjoy regionally inspired cuisine with menus created by Maria Hines, the James Beard Foundation guest chef from Seattle, Washington, along with Windstar’s executive chef, Michael Sabourin, and to sip carefully selected vintages and spirits by Certified and Advance Sommelier, William Davis. There was also an exclusive shore excursion led by wine author and expert Dewey Markham, Jr., who is a graduate of The Culinary Institute of America and past director of the French cooking school, L’Ecole de Cuisine La Varenne in Paris, France. 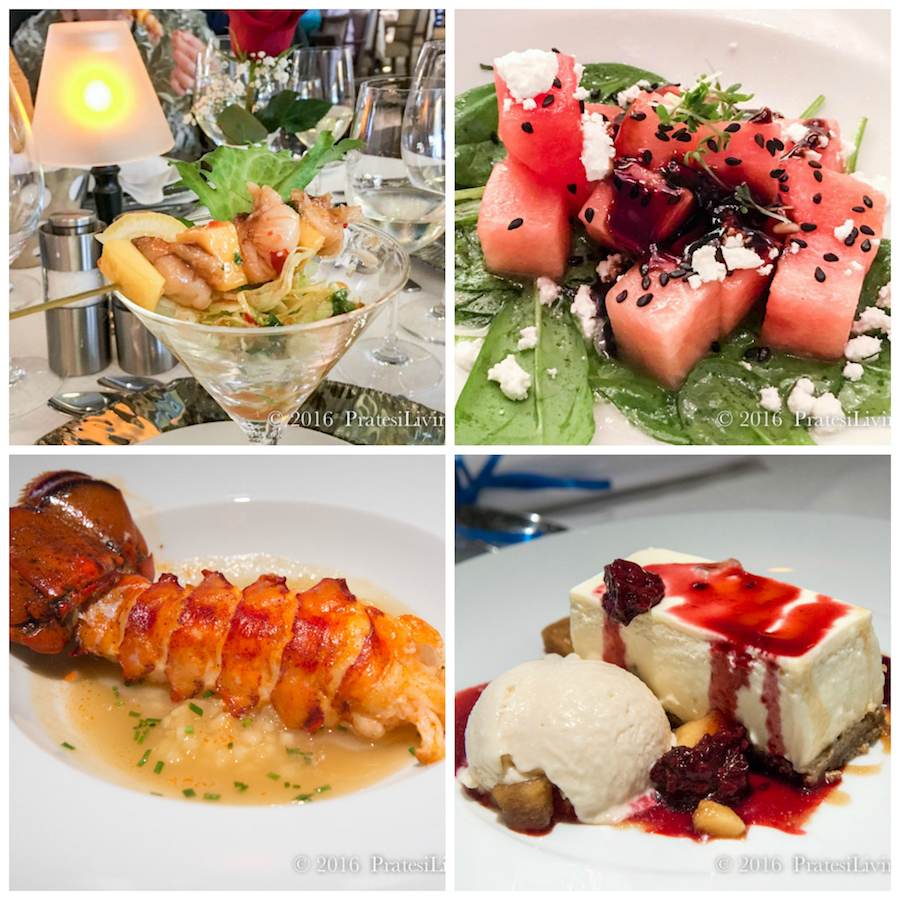 Impressive on board cuisine 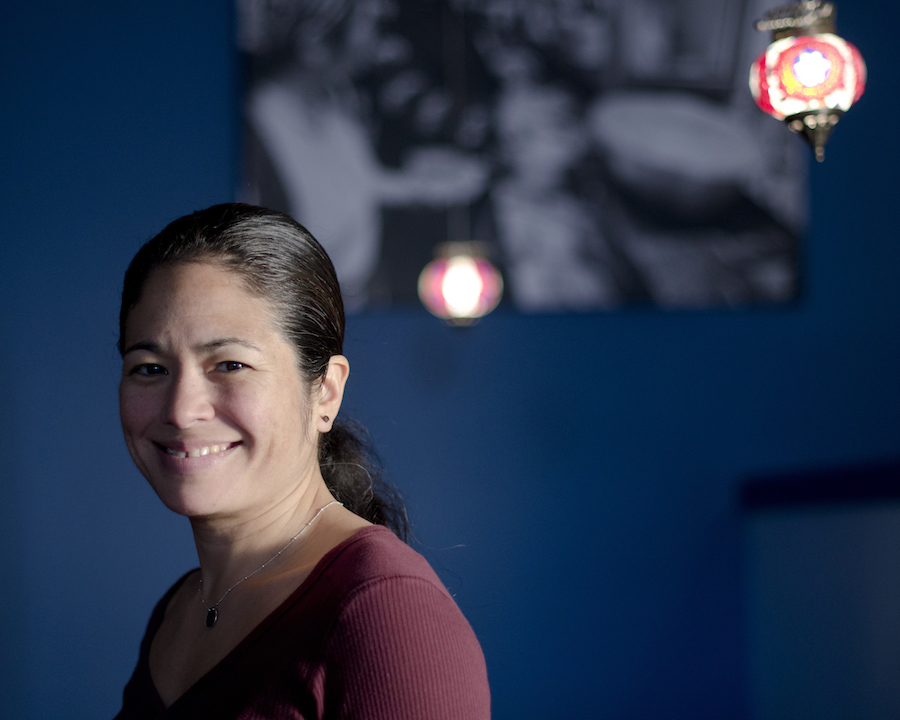 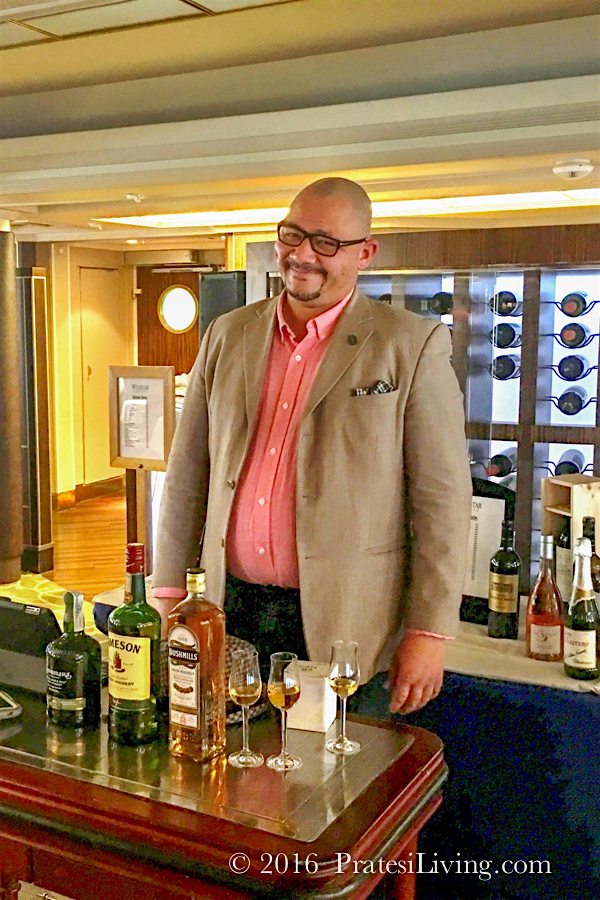 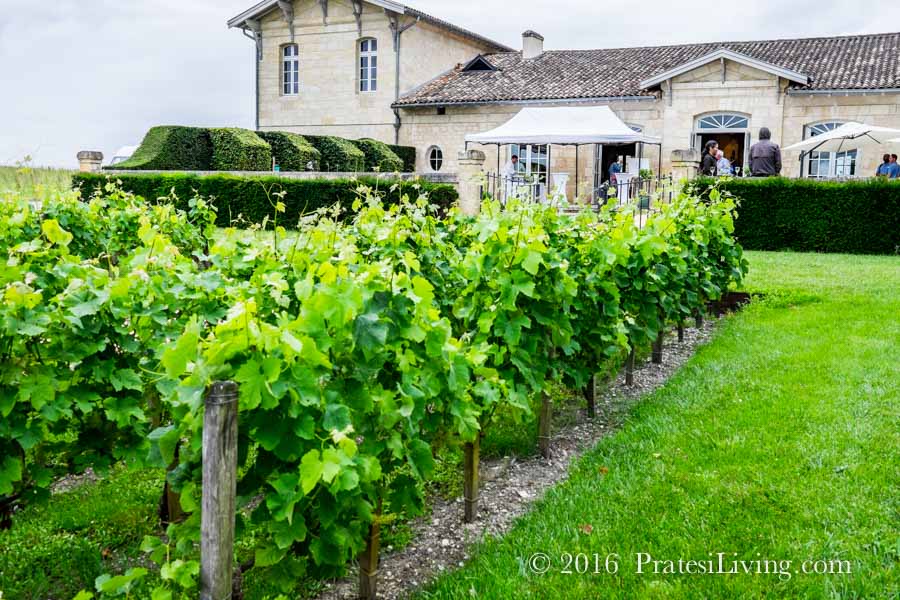 Windstar Cruises, named the Best Small Luxury Line by Condé Nast, has six intimate luxury yachts, hosting as few as 148 guests and no more than 300 on either their three classic sailing yachts or three power yachts. The advantage to this, in addition to having fewer passengers on board, is that smaller ships can dock in fascinating ports of call and reach unique inland destinations traveling waters that larger ships can’t navigate. This enables guests more time to be closely immersed in the culture, history, and cuisine of a region, while spending less time on tenders and in transport to destinations for excursions. Our yacht for this culinary cruise was the Star Legend. This was one of three ships acquired from Seabourn and upgraded by Windstar. We traveled on this ship years ago from Monte Carlo to Barcelona, so it was interesting to see how it has been refreshed under Windstar’s ownership. Offering a unique combination of upscale amenities and excellent dining along with their Windstar casual onboard ambiance, they refer to this experience as “180 degrees from ordinary.” 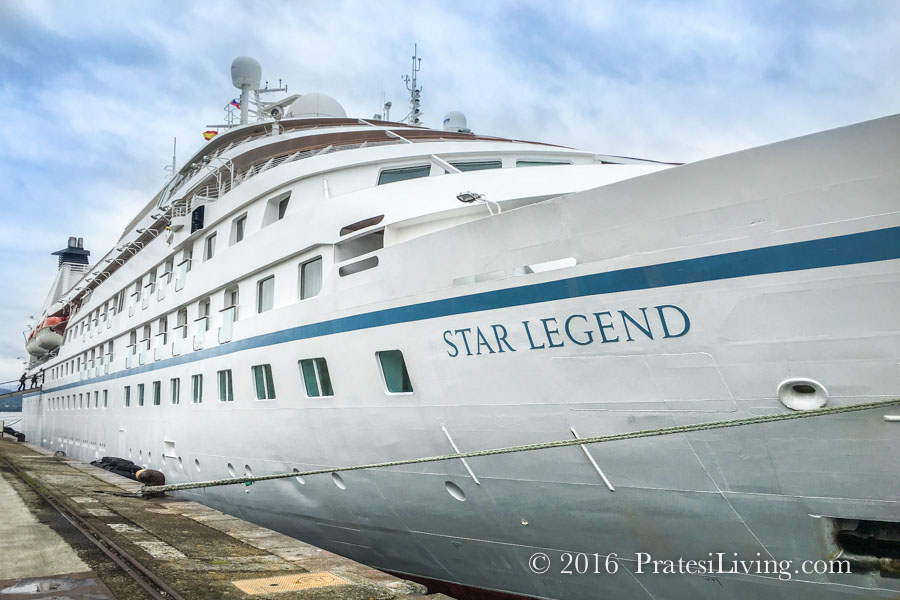 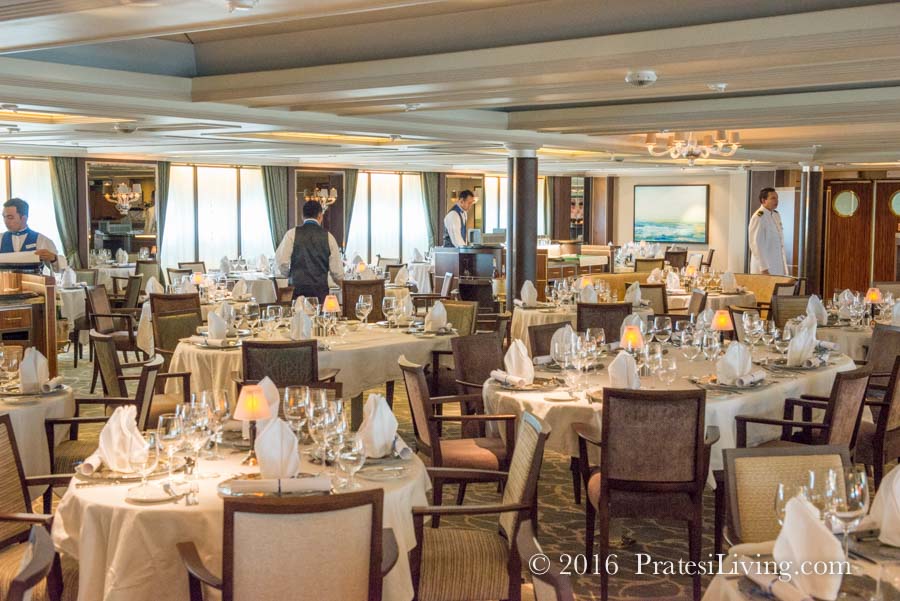 Windstar’s features include their signature sail away from every port of call, an impressive deck barbecue on each sailing, and an exclusive private event for all the guests. As we discovered, many people were frequent repeat guests of the cruise line and really appreciate the relaxed atmosphere, small yachts, and personal touch and intimacy that sets them apart from more traditional cruise lines. They also prefer the casual dress code with no formal nights and no jackets and ties required. And as with any cruise or travel, many of the memories and experiences are about the people you meet, and this cruise was no exception. There was a nice mix of well-traveled active adults that appreciated great food and wine with ages ranging from late 30s to 60s. In other words, there were a lot of people we had something in common with and we enjoyed traveling with them over the course of our journey. 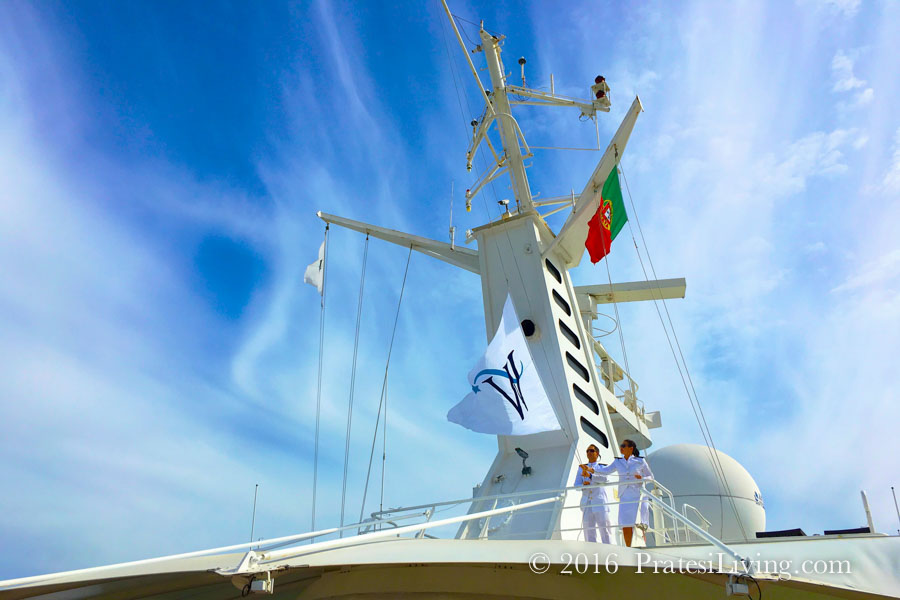 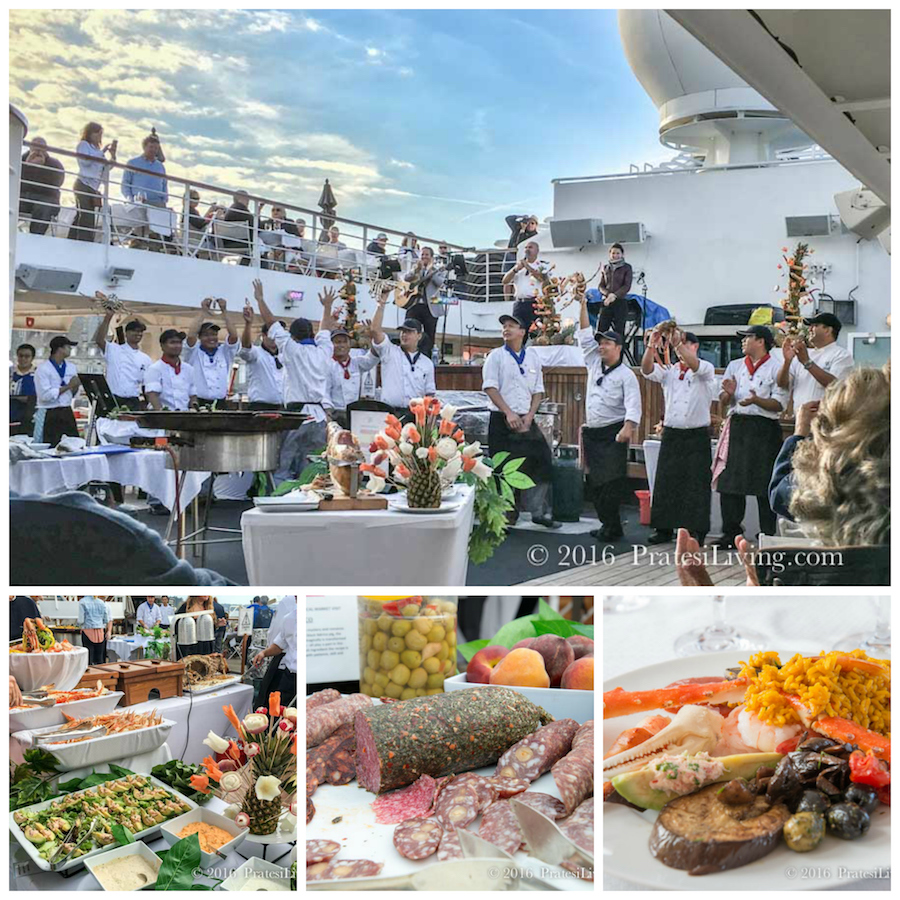 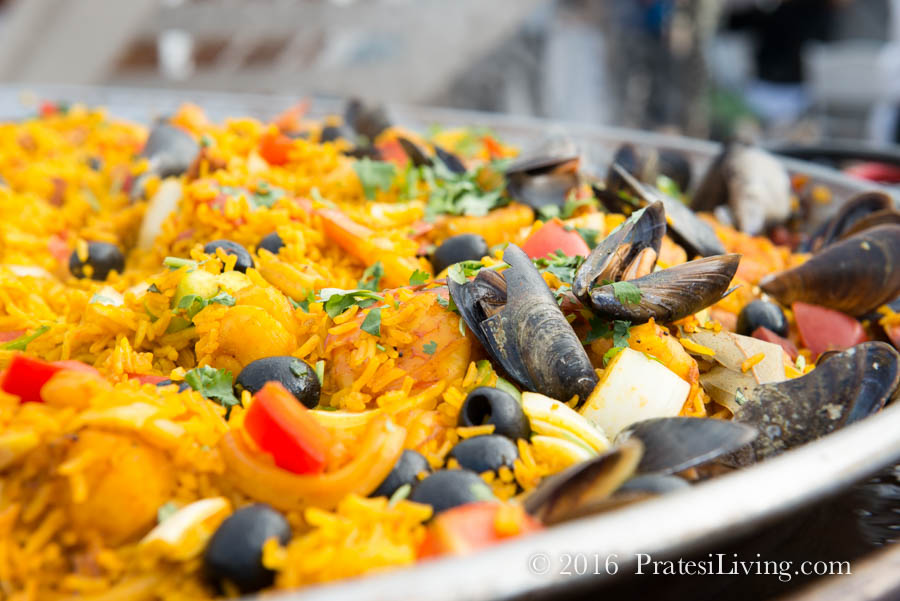 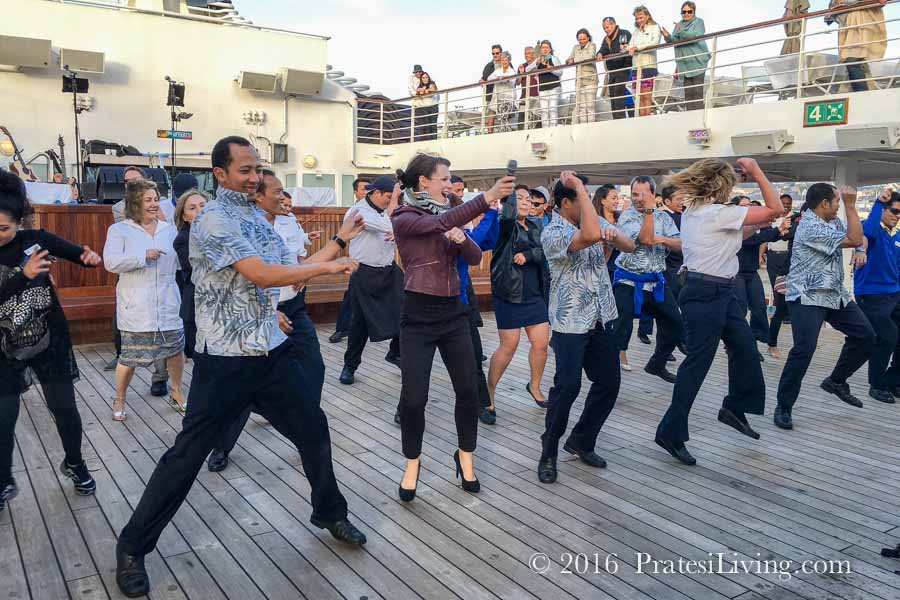 Dancing with the crew

In addition to traditional excursions, for this cruise, many of the excursions featured food, wine, or spirits, whether it was tasting oysters in the famous oyster region of Cancale in France, sampling port by a well-known producer overlooking the Douro River in Porto, Portugal, or sipping Cognac in the vineyards along the Charente River region in France. There were also several opportunities to visit local markets in various ports of call with the guest chef and a wine or spirits tasting was hosted daily before dinner by the entertaining sommelier William Davis. The menu changed nightly in AmphorA (their fine dining restaurant) and the dishes were paired with wines from the tasting. In Bordeaux, all of the yacht’s passengers traveled to the Medoc region to attend an evening tasting event of 3rd growth crus with small bites at Château Kirwan. However, if you needed a little break from food and wine and were more interested in the history of a city or region and visiting UNESCO World Heritage Sites, major attractions, and museums, those tours were offered, too. 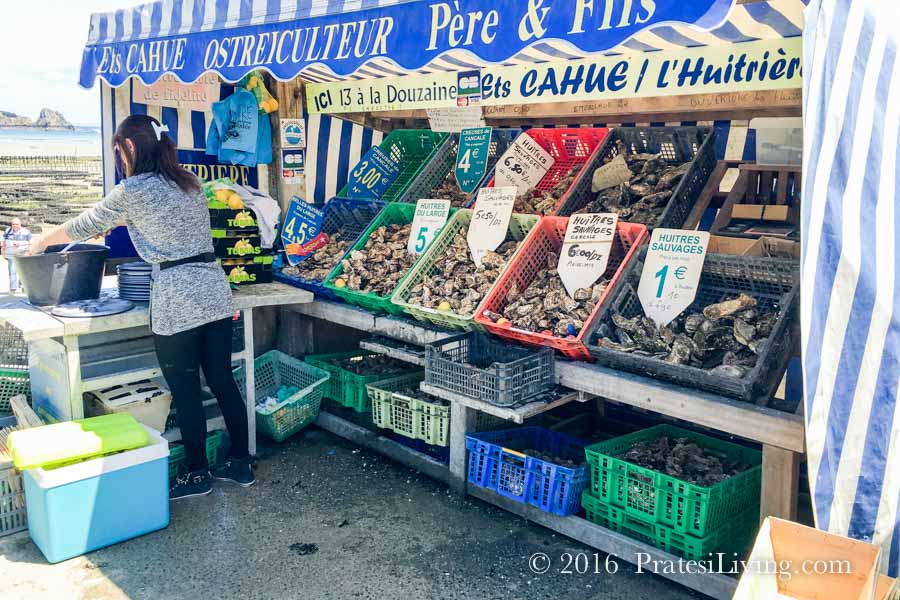 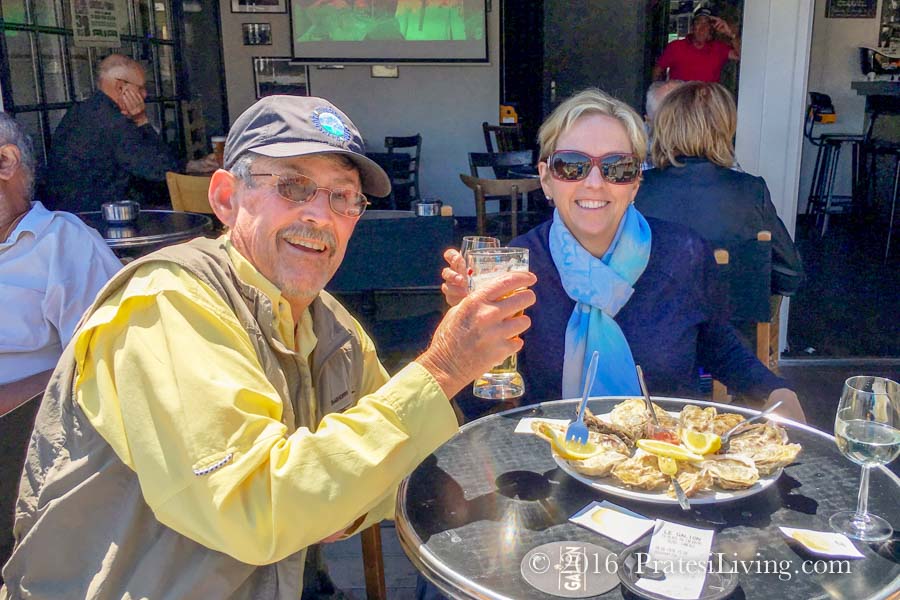 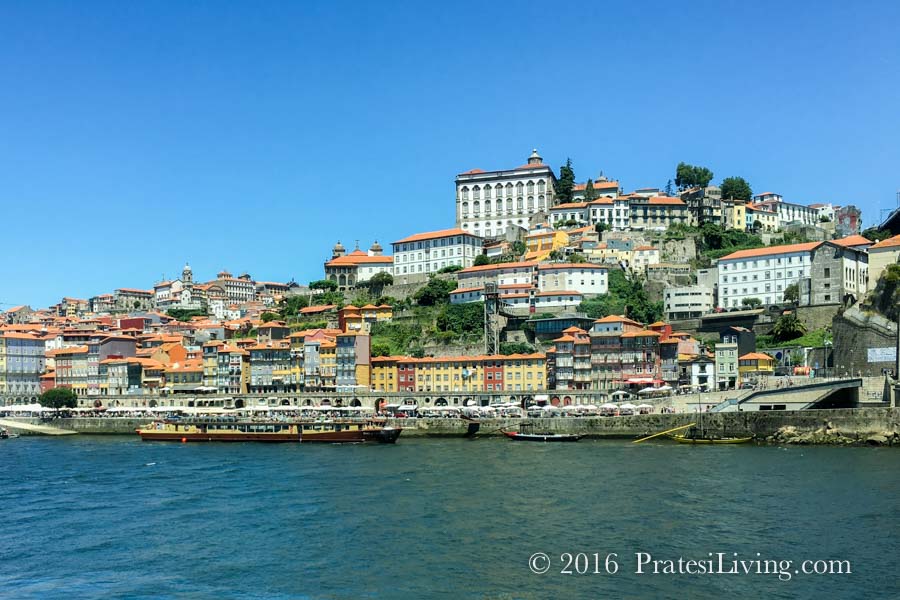 View of Porto and the Douro River 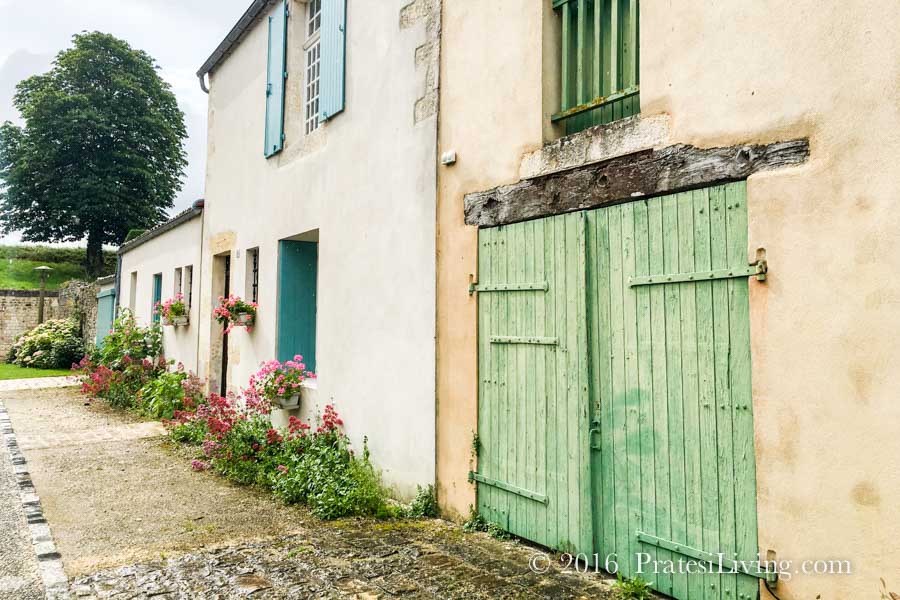 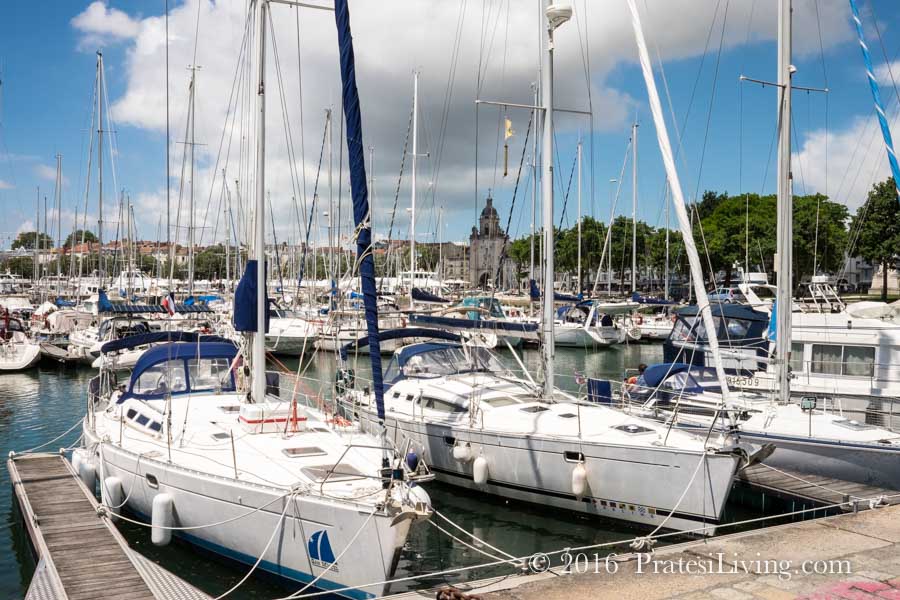 Page: 1 2
We participate in the Amazon Services LLC Associates Program, an affiliate advertising program designed to provide a means for us to earn fees by linking to Amazon.com and affiliated sites.
posted on August 31, 2016 in Cruises, Europe, Travel
0 comments »