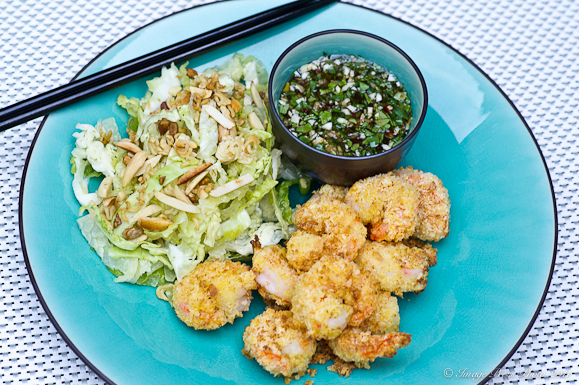 Happy 4th of July to you and Happy 235th birthday to our country!!  I hope that you have a wonderful day filled with great food, friends and family.  We will be firing up the grill later this evening as I am sure many of you will too, but in the meantime, I have a very tasty recipe and a review to share with you.

I was excited when my friends at Metro Kitchen asked me to try Tfal’s Actifry cooker.  I knew of the cooker and was fascinated with the concept behind it, but had never had the opportunity to use one before.  I did know that you could prepare certain foods with less fat and that certainly was of great interest to me.

This countertop appliance rotates the foods while they cook in a nonstick base.  The heat source is much like a convection oven method in that a fan circulates the heat while the foods cook. You use a tablespoon of oil (or a little more) for most dishes, so the idea is to “fry” without using much fat.

I really wanted to have success using the cooker and did with a few dishes.  My featured recipe, Panko Shrimp with Chili Garlic Glaze, was excellent. However,  I was disappointed with the way several recipes from their cookbook turned out in the Actifry and would choose to make them in a more traditional manner.  I do think that some of this had to do with the recipes and not the cooker.

One of the first things I made was french fries, which is one of the foods that the cooker does a great job with.  I made plain fries and we really liked the fresh potato taste.  They were crisp and brown and not greasy.  They were quite good. 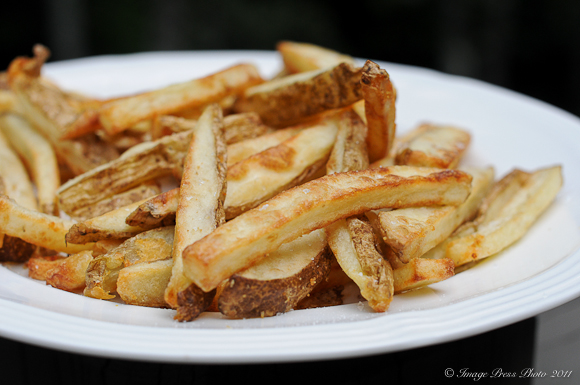 We really liked the nice fresh potato flavor these had

I did not have the same success with sweet potato fries.  They did not crisp and were overly browned in the process.   I will be curious to try them again in the Actifry cooker to see if I have better luck next time.  We enjoy them when roasted in the oven and I would like to have this method of preparation as an option. 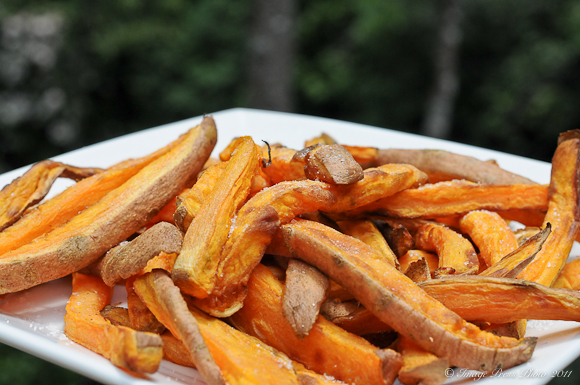 I also tried to fry some okra with a cornmeal crust and had minimal success.  The cornmeal did not stay on the okra because of the rotation of the blade in the cooker.  Although I coated the okra with a double batter, it fell off most of the slices.  It needed more oil to make a better crust (like traditional frying would do).  Bread crumbs might have been a better option to try in the Actifry.

I tried two recipes from the Actify cookbook.  I thought they would be interesting in that they were not fried food, which is how I was initially thinking of using the Actifry.  One dish was an Asian stir fry and the other a version of Chili.  I was very disappointed in both.  I followed both of the recipes exactly but they never developed the flavors that I was expecting.

The first one I made was a Spicy Thai Chicken Curry dish.  It was neither spicy nor a curry.  Based on the recipe, I thought there would be great flavors in the dish, but it was very bland.  I also think the chicken cooked too long because it was tough (again, I followed the recipe).  I liked the convenience of putting foods in the Actifry cooker every few minutes and walking away to do other things in the kitchen while the Actifry keeps stirring the ingredients, but this recipe was not a success. 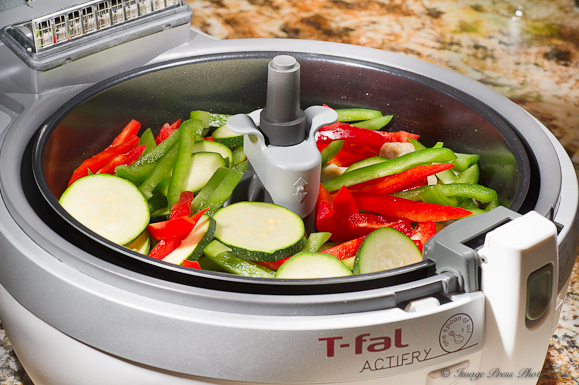 You cook the vegetables first and then add the chicken

The meal was dry when done.  I had to make twice the recommended amount of the sauce to have enough to put over rice.  I added more curry paste and a few other ingredients to spice it up and add more flavor.  The final dish was disappointing and did not produce the same flavors I would have found with traditional stir fry methods. 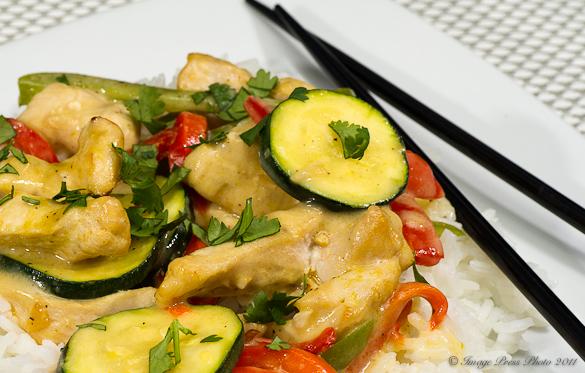 Page: 1 2
We participate in the Amazon Services LLC Associates Program, an affiliate advertising program designed to provide a means for us to earn fees by linking to Amazon.com and affiliated sites.
posted on July 4, 2011 in Main Dishes, Product Reviews, Recipes
13 comments »