On the Road to The Jefferson Hotel in Richmond, Virginia 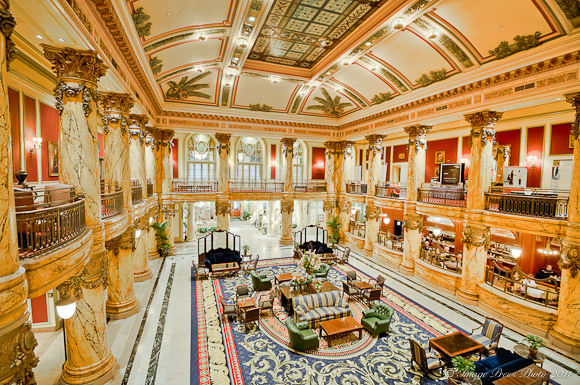 If you follow Bunkycooks, you know that we are always On the Road in search of great culinary destinations. We have been to Charleston, Savannah, St. Augustine, New Orleans, Louisville, Asheville and other great southern cities in the past year. Many of these cities have distinct food cultures.

New Orleans is known for its Creole cooking, Charleston has its Lowcountry cuisine and Appalachian dishes are served in Asheville. Some have been a real surprise, like Louisville, Kentucky. They have an incredible emerging culinary scene in beautiful farm country. In fact, Louisville is the destination for our On The Road culinary adventure in September. Some other cities, unfortunately, have been a disappointment.

A few months ago we went on the road in search of great food, farms and future sites for On The Road culinary adventures. This time we headed north to Richmond, Virginia.

What comes to mind when you think of Richmond? Do you immediately try to recall lessons from your Early American History class?  Do you think about the Revolutionary War?  The colony of Virginia or perhaps the Civil War?

I think of all of the rich history that is Richmond and the Commonwealth of Virginia, but I also remember my time spent at University of Richmond. I have passed through Richmond many times over the years, but this was the first chance that I had to visit the city since I was a student. While in the city, we decided to stay at one of the true landmarks of Richmond, The Jefferson Hotel. 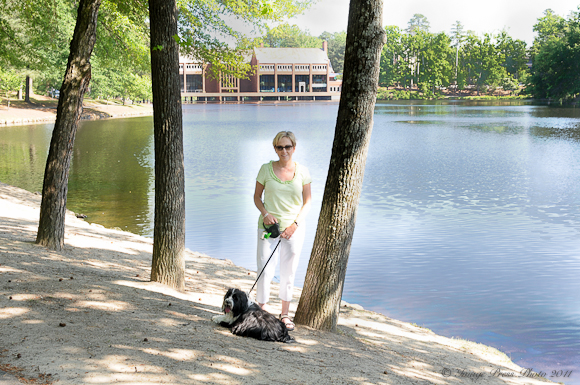 If you read Bunkycooks on a regular basis, you know that we love grand hotels that are steeped in history, especially if there is a restaurant in that hotel that can serve up memorable meals. We also seem to find the hotels that have uninvited guests, as in ghosts. On a few occasions we have stayed in haunted hotels (remember The Grove Park Inn and Le Pavillon?). I would fully have expected The Jefferson Hotel, which dates back to 1895, to have its share of paranormal sightings and spooky tales, however, I could not find any. I did, on the other hand, find stories of alligators living in the lobby of the hotel! I suppose that is why a bronze 10 foot alligator statue greets you in the hotel’s driveway when you check in. 🙂

This stunning hotel has received accolades from many literary publications including The Washington Post, Southern Living and The New York Times. It is also one of the few hotels in the country that is both a Forbes (Formerly Mobil) Five-Star Award hotel (and has been for 11 years) as well as a receiving a AAA Five Diamond Award (for 18 years). The Jefferson Hotel is also one of the Historic Hotels of America. Their restaurant, Lemaire, which reopened in 2009 with a new focus and menu, won best new restaurant by Esquire magazine.  Some great chefs have worked under the tutelage of Executive Chef Walter Bundy at Lemaire in their culinary journey.  Chef Sean Brock of McCrady’s and Husk in Charleston is one of those chefs. 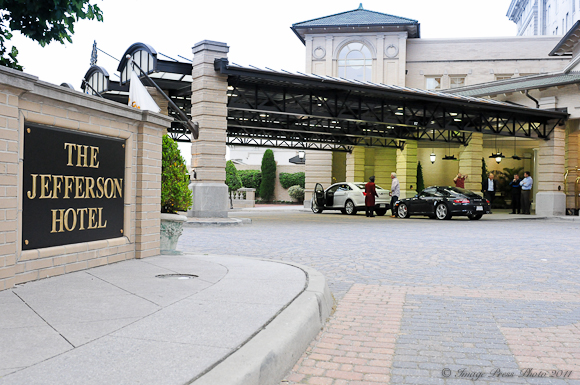 This Beaux-Arts Style hotel was built by one of Richmond’s wealthiest and most respected citizens, Major Lewis Ginter. It is estimated that as much as $10 million went into the planning, construction and furnishing of the original hotel and took almost three years to complete. The more than life-size statue of Thomas Jefferson (for who the hotel is named) that was commissioned for the Palm Court lobby, took over two years to finish. After opening on October 31, 1895, The Jefferson Hotel was soon recognized as the finest hotel in the country. It also became known as the “The Belle of the ’90’s”. 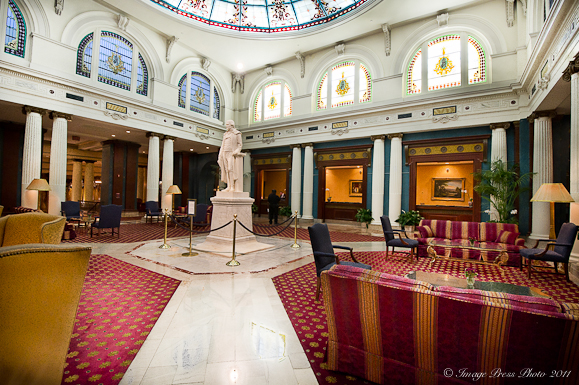 Unfortunately, this greatness was short lived. As with several of these older, grand hotels we have visited, there have been unfortunate times during their history where they fell into decline and were even closed for a period of years before returning to their original grandeur. The Brown Hotel, Le Pavillon and the Casa Monica Hotel have followed this pattern. So it was with The Jefferson Hotel. This series of events began when a fire nearly destroyed the hotel in 1901.

Page: 1 2
We participate in the Amazon Services LLC Associates Program, an affiliate advertising program designed to provide a means for us to earn fees by linking to Amazon.com and affiliated sites.
posted on July 11, 2011 in The South, Travel
17 comments »

END_OF_DOCUMENT_TOKEN_TO_BE_REPLACED

17 comments on “On the Road to The Jefferson Hotel in Richmond, Virginia”