On the Road to The Jefferson Hotel in Richmond, Virginia

A much larger and grander Jefferson Hotel reopened in 1907 after a massive renovation and addition with a total of 430 rooms (the original hotel had only 100 rooms). The Grand Staircase and Mezzanine, that once were behind an archway, became major features to the architectural design of the hotel. The Grand Ballroom was added during this renovation. 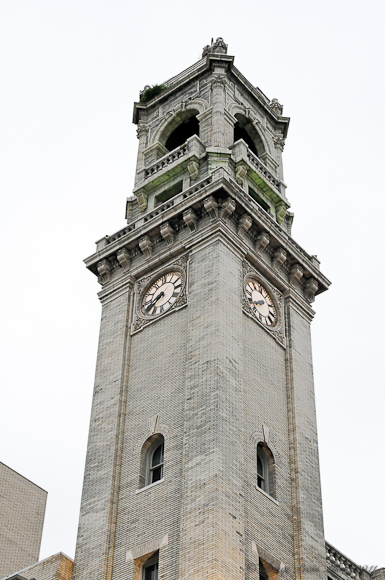 The Clock Tower at The Jefferson Hotel

Alligators were also a part of the grand reopening of the hotel in 1907. The large marble pool that at one time graced the Palm Court lobby was home to several alligators. In fact, many of Richmond’s residents brought their pet alligators to live in this pool when they became too large to live with them. (Who brings an alligator home as a pet??). Needless to say, there were all sorts of wild stories surrounding the alligators. The last alligator to swim in the pool was Old Pompey. He was at the hotel until he passed away in 1948. 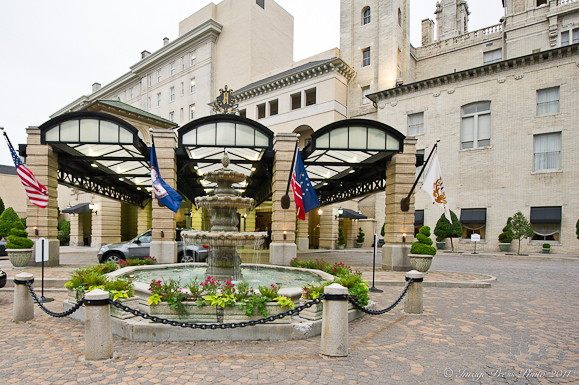 The hotel went through another fire in 1944 and after several other setbacks and a lack of interest in historic preservation, the hotel closed in 1980. The hotel underwent yet another major renovation and reopened once again in 1986 under new ownership. The last sale of the hotel occurred in 1991 to the Historic Hotels, Inc., a Richmond based firm, that invested in another multimillion dollar renovation. 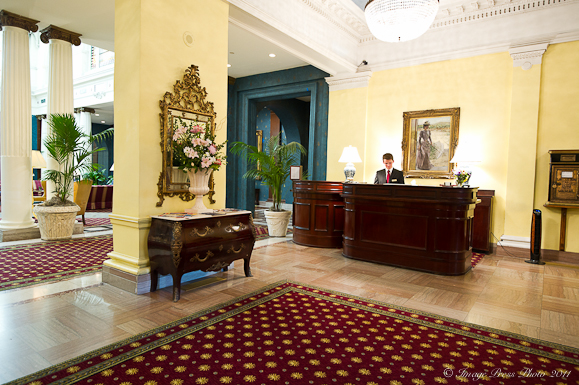 The Concierge was very accomodating to our dog Beamer

Today, The Jefferson Hotel truly is a grand hotel. The sweeping staircase in the Rotunda is rumored to have been the inspiration for the staircase in Gone with the Wind. The hotel is stunning in its architecture and the Rotunda area is breathtaking. I had been there many years ago when I was in college and I had forgotten how beautiful it was. 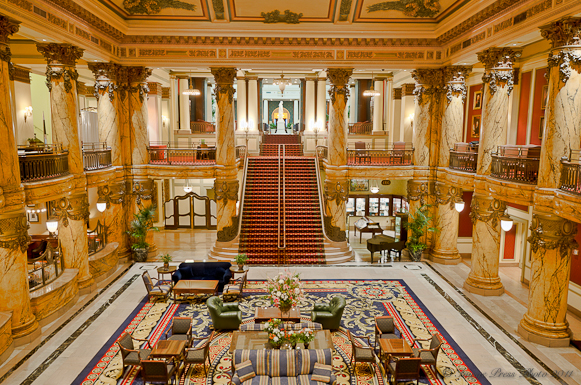 I would highly recommend staying at The Jefferson Hotel if you travel to the Richmond area. Whether you stay at the hotel or are just passing through Richmond or live in the area, be sure to dine at Lemaire restaurant, which is adjacent to the Palm Court lobby. Our dinners there were truly memorable.  The food is fresh and creative and inspired by Southern ingredients. I met with and interviewed Executive Chef Walter Bundy during our stay. We had a great time and a delightful conversation.  That interview will be published later this week along with a perfect summertime recipe from this chef.

Have a great week!

Disclosure – The Jefferson Hotel provided a reduced room rate for our stay.

We participate in the Amazon Services LLC Associates Program, an affiliate advertising program designed to provide a means for us to earn fees by linking to Amazon.com and affiliated sites.
posted on July 11, 2011 in The South, Travel
18 comments »

END_OF_DOCUMENT_TOKEN_TO_BE_REPLACED

18 comments on “On the Road to The Jefferson Hotel in Richmond, Virginia”