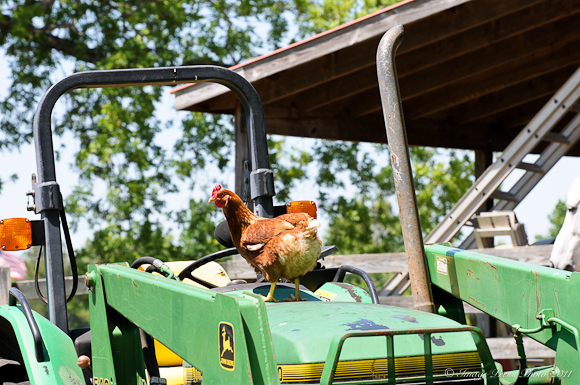 Chickens. I bet we eat chicken at least two times a week, if not more, in our house. We have become more concerned than ever about the chickens we eat, so we decided to go On the Road to meet with a small family farm that raises chickens, Plow Point Farms. Or as my husband Roger says, we went to visit the chicken ranch. 😉

Do you know that there are approximately 23 million chickens killed each day in the United States for food? Over 300 million chickens are raised and harvested in South Carolina alone on an annual basis. The numbers are staggering and you have to ask how we can possibly raise them fast enough. That is where most of us probably don’t want to know the story. 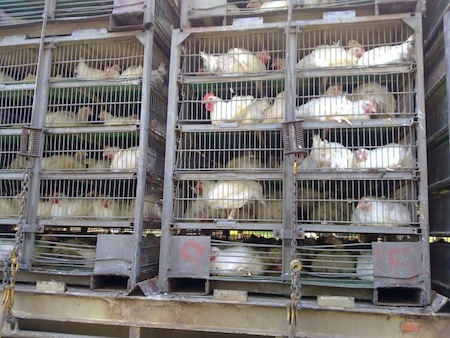 We pass many trucks hauling thousands of chickens to processing plants on our frequent trips to the mountains in North Carolina. Feathers are flying and the chickens are tightly packed in cages. The living conditions for most of these birds is horrific. As Chef Sean Brock (of McCrady’s and Husk restaurants in Charleston, SC) said in our interview with him, “Every time you buy food, you cast a vote. Here is my money, thank you so much for treating the chickens that way.  Keep on doing what you are doing.” For this reason, Roger and I have made a conscious effort to support the locally grown and smaller farm-raised animals. 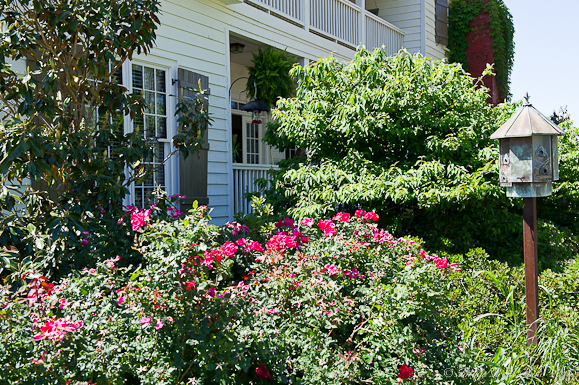 We met Robert Bishop of Plow Point Farms this past winter when we interviewed Chef Linton Hopkins of Restaurant Eugene in Atlanta. Robert was meeting with Chef Hopkins who buys several types of chickens and pheasant from this farm to serve at his restaurant. Several other chefs in Atlanta buy from Plow Point Farms as well, including Anne Quatrano from Bacchanalia.

After a rather long and cold winter, we made the visit to their farm near Athens, Georgia, this spring. Robert and his business partner, Russell Bennett, operate a 125-acre family farm that Russell’s family owns. They raise chickens, pheasants, cows and horses. They are also breeding and preserving several breeds of heritage rabbits. They practice pasture rotation to support the land and the animals. 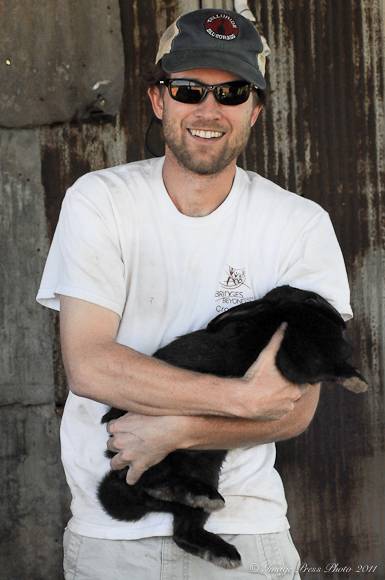 We had an opportunity to walk the pastures, although Nate the goat was not pleased with our presence and tried to butt us all around the farm. We learned that you don’t turn your back on Nate.  . 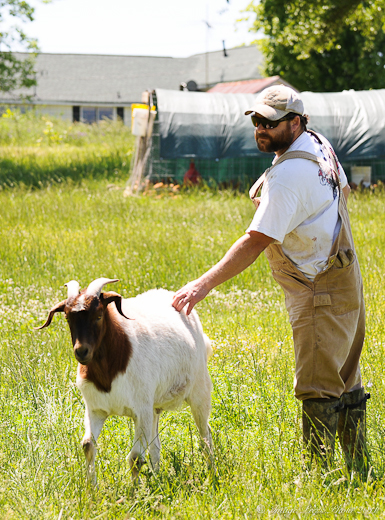 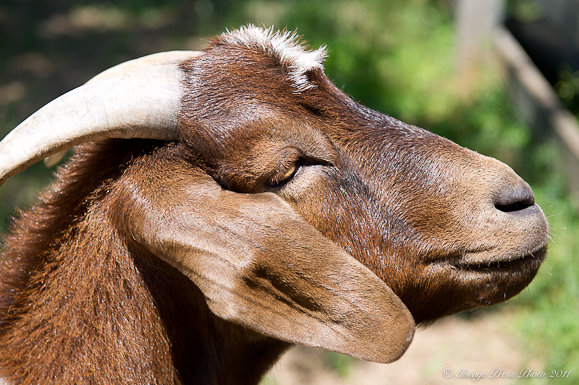 Robert and Russell are friends from college. They both graduated from the University of Georgia about four years ago. They went into farming raising vegetables initially, selling them at local Farmers’ Markets. At the markets, Robert and Russell liked being able to barter for food. They could obtain fresh and local meats and poultry for their families. They eventually met someone at one of those markets that taught them how to raise chickens. It would be additional income and they could do this with the land they had.

Robert and Russell raise Freedom Ranger chickens for their meat birds. This heritage breed is derived from the genetic stock of an American and European old heritage breed of chicken and was imported from the regions of Burgundy and Brittany in France. It was developed in the early 1960’s and “meets the highest standards of the French Label Rouge Free Range program.” The meat has a very distinctive flavor.  It is richer and moister than the regular chicken you would normally purchase (such as a Cornish Cross). Their birds taste just like the chicken we had while in France a few years ago. 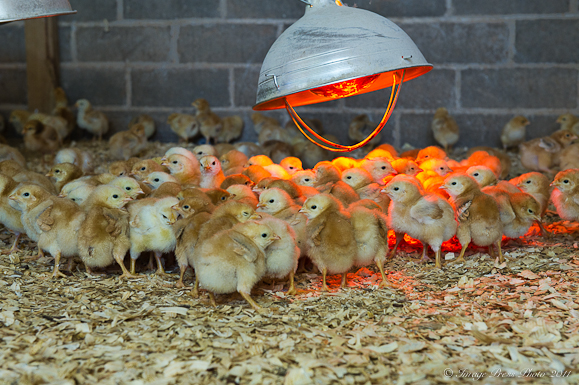 Page: 1 2 3
We participate in the Amazon Services LLC Associates Program, an affiliate advertising program designed to provide a means for us to earn fees by linking to Amazon.com and affiliated sites.
posted on July 1, 2011 in Farms and Artisans, Main Dishes, Recipes, Travel
6 comments »