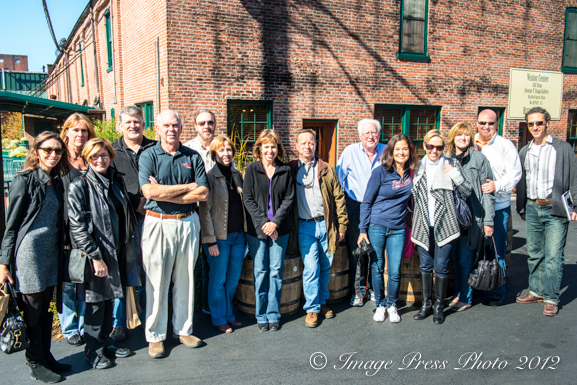 The real voyage of discovery consists not in seeking new landscapes, but in having new eyes. ~ Marcel Proust

They came for the bourbon.  Not just any bourbon, but the world’s most elusive bourbon, Pappy Van Winkle.

Of course, there were other reasons for joining our most recent On The Road culinary adventure to Louisville, Kentucky.  We had several highly acclaimed chefs lined up to prepare elaborate dinners with wine and bourbon pairings, a pop-up cooking demonstration including lunch at an emerging artisan’s warehouse location, and brunch with a pastry demonstration by a French chef. 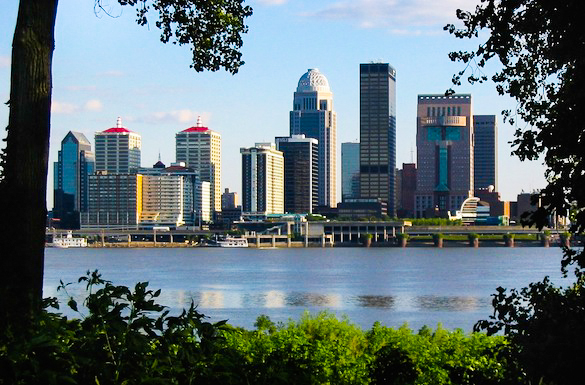 Yes, I am sure the itinerary excited even the most discriminating traveler, but I know that for many of our guests who traveled from as far away as California, Florida, New York, and Tennessee, the opportunity to hang out with the legendary Julian P. Van Winkle, III and to sip and savor his new release of very exclusive bourbon was the primary reason they ventured the distance to Louisville.

There were calls and emails prior to the trip from several of our guests asking if any of the Pappy Van Winkle bourbons would be available for purchase if they attended the event.  Julian P. Van Winkle, III hears that question at least 100 times a day, so with some trepidation, I sent him an email inquiring as to the availability of his cultish bourbon.  The response was vague, yet somewhat encouraging, as I passed it along to the attendees. 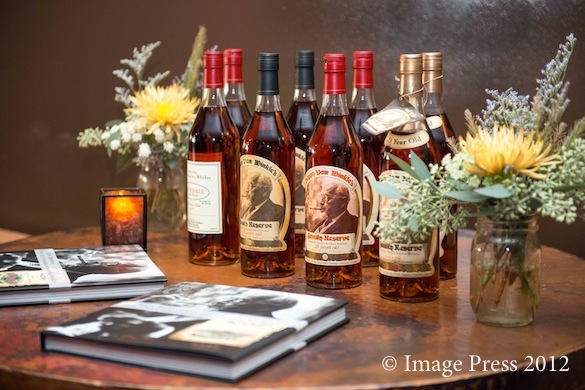 A selection of Pappy Van Winkle bourbon at Seviche, A Latin Restaurant

As with all of these adventures, there is much anticipation and excitement prior to the event. The planning time is long and involved, details are tedious, and the expectations are high.  Menus are finalized, wines and spirits ordered, chef’s schedules coordinated, final numbers given, event locations prepared, and hotel reservations confirmed.  You cross your fingers, keep the faith, and look forward to meeting and sharing with new friends who are interested in learning about special culinary destinations, great chefs, food artisans, and who anticipate extraordinary food and sipping fine bourbon and wine.

The guests begin to arrive at Seviche, A Latin Restaurant, on Monday evening.  We know Chef Anthony Lamas well and he has become a good friend.  He is stoked and ready to put on a phenomenal event.  The Pappy Van Winkle Bourbon Dinner is the perfect way to kick-off our second culinary tour in Louisville. 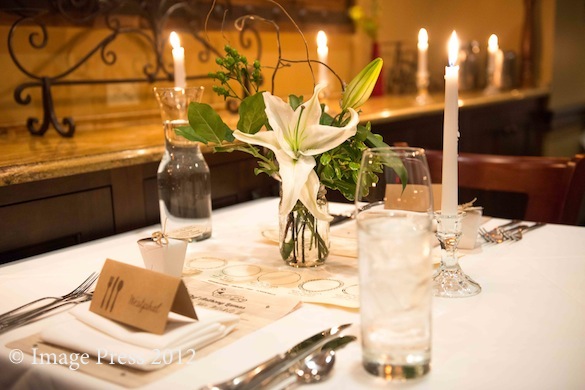 Tables were beautifully set at Seviche for the evening’s dinner

The private dining room, softly lit with candles and accented with white lilies on the tables, is beautifully set for the evening.  The menus are creatively designed and placed at each seat.  Chef Lamas and his staff have gone above and beyond to make this an extraordinary event.  We begin to see familiar faces arrive from last year’s adventure to Louisville and introduce ourselves to the new guests who have joined us for this tour.  A Bourbon Old Fashioned, featuring Pappy 10-year bourbon, awaits the guests as well as some of Lamas’ favorite spiced up hors d’oeuvres.   Anthony takes our guests on a behind the scenes tour of Seviche’s kitchen and we meet the staff that will be preparing and serving the evening’s dinner. 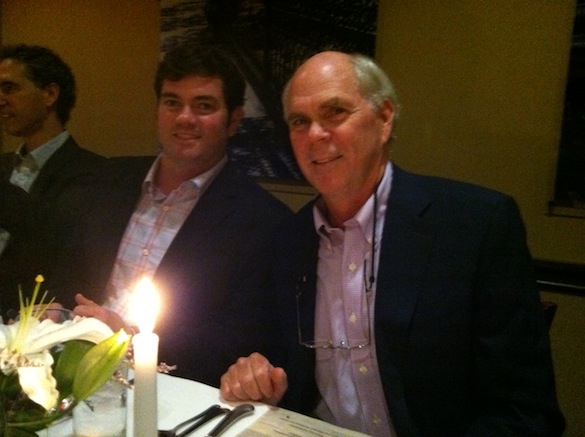 Preston and Julian Van Winkle  at our dinner table at Seviche

Julian P. Van Winkle, III and his son, Preston, 4th generation of the Old Rip Van Winkle legacy, have arrived.  Likened to rockstars, they are the special guests of the evening and are looking forward to Chef Lamas’ dinner paired with five of their small batch bourbons.  They mingle with guests and we all take our seats in anticipation of a very special experience. 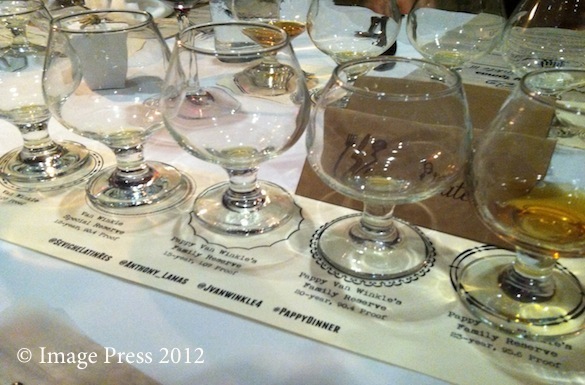 This dinner was to be the official release of this year’s Pappy.  However, the release date for 2012 has been delayed almost two weeks, so Julian Van Winkle supplied us with bourbon from his personal stash, ranging from the Old Rip Van Winkle 10-year, 107 proof with “notes of toffee, maple syrup, and dark fruit” to the Pappy Van Winkle’s Family Reserve 23-year, 95.6 proof boasting “caramels and cream with a touch of oak and a great nose.”  My personal favorite, savored until the last moment, was the 90.4 proof 20-year Family Reserve that showed a butterines in taste and character. 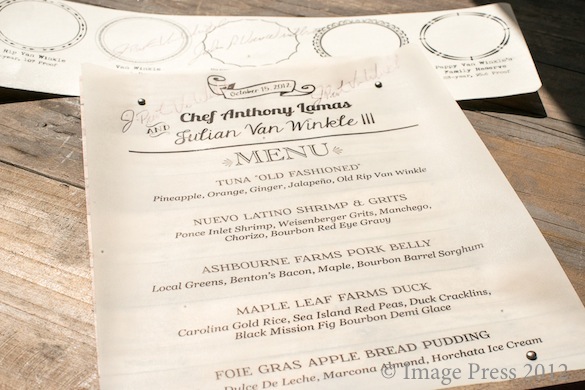 Menu from the Pappy Van Winkle Bourbon Dinner at Seviche

Chef Lamas and his culinary team put together an outstanding five-course dinner to complement each bourbon, incorporating additional bourbon in several of the dishes.  Each course that arrived was more impressive than the prior one, concluding with an unexpected and delectable dessert, Fois Gras Apple Bread Pudding with Bourbon Dulce De Leche, Marcona Almond, and Horchata Ice Cream.  Every dish paid homage to Southern ingredients and Kentucky bourbon along with the addition of a bit of spice and heat from Chef Lamas’ Latin culinary heritage.