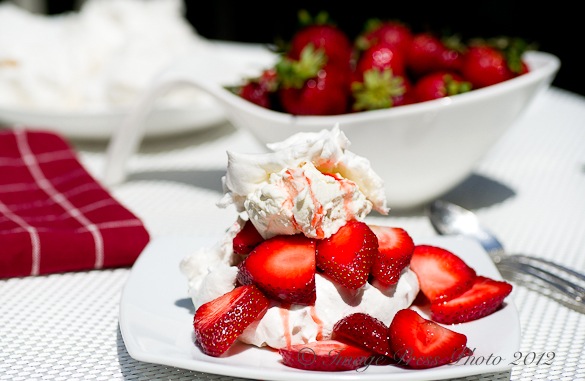 As a young girl, I dreamt of going to Paris.  Unlike many young women, it was not the lure of the City of Lights, Haute Couture or sexy and handsome French men that attracted me.  I wanted to be a chef.  Not to say those other things would not be of interest once I arrived there, but there was another purpose for me in Paris.

When I was in high school, I sent my inquiry to two culinary schools in Paris; hand-written letters by mail requesting information.  Long before the days of internet and instantaneous responses, I waited weeks, maybe even months, for an answer complete with brochures and responses to my questions. 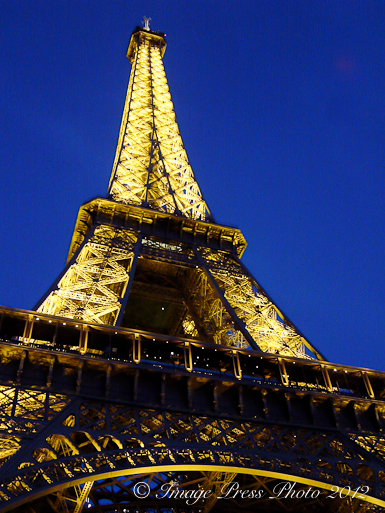 The Eiffel Tower is breathtaking at night

While I was convinced moving to France and attending culinary school was in my not too distant future, my high school counselor was not quite as enthusiastic.  She encouraged me to apply to Cornell’s School of Hotel and Restaurant Management and said that if I still wanted to pursue my dreams of being a chef, I would be better prepared after a “real” education.  Young women were not capable of going out in in the world with just a culinary background.  The notion of being a chef and perhaps, having my own restaurant one day was a frivolous one and Mrs. H convinced my mother to encourage me to apply to college. 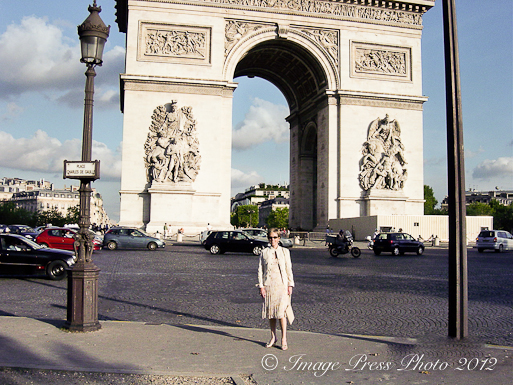 I finally made it to Paris!

I was nearly 45 when I first saw Paris.  I traveled there with Mr. B on a two week tour of France and Italy that would be my first trip to Europe outside of England.  Mr. B had recently been diagnosed with his first bout of Colon Cancer.  It was the fall of 2005.  He had months of radiation followed by a difficult surgery and was on a two week break from his chemotherapy treatments, so we made the trip.  We needed a diversion and this whirlwind tour was perfect.

Paris was everything I had imagined it would be.  The Arc de Triomphe, the Eiffel Tower, the bakeries with gorgeous crusty breads, macaroons and pastries too stunning to eat.  And the butter, oh, the butter.  I remember crying outside the Lourve.  It was all so breathtaking and I could not believe I was there.

While our time in Paris was brief, it was unforgettable.  I still get misty eyed thinking about it.  A part of my heart was left behind in Paris and I dream of the day when I can return and spend more time in the city.  Perhaps, I can even attend one of those culinary schools one day. 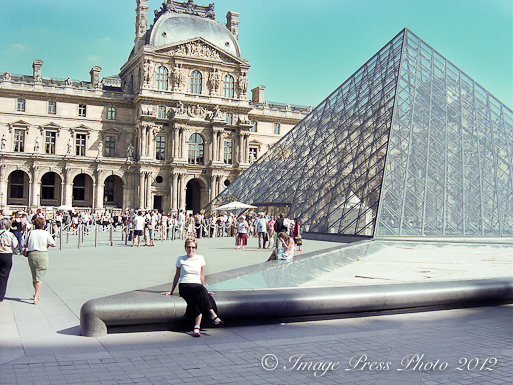 I have traveled to France one other time since 2005 and we visited the Alsacian city of Strasbourg and the South of France.  There were so many wonderful dishes that we experienced in these very different parts of the country.  I love the Bistro food in Paris and the Mediterranean style of cooking in the South of France.  There is nothing more magnificent than dining al fresco in the evening overlooking the stunning Mediterranean Sea, except for seeing the sparkling lights of Paris at night from the top of the Eiffel Tower.

While any number of dishes came to mind to make for this month’s Monthly Mingle, April in Paris, hosted by Jamie at Life’s A Feast, a dessert was my choice.  I wanted something colorful, light and cheery for spring.  Strawberries are at their peak right now in the South.  They are particularly sweet and juicy this year due to the warmer spring temperatures and are a brilliant red in color.  What a perfect pairing they make with the delicate and airy meringues along with a dollop of freshly whipped cream. 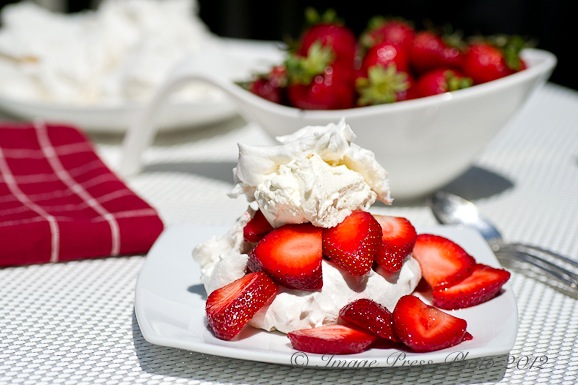 While meringues are generally considered a French invention (and a similar creation, the Pavlova, originated in Australia or New Zealand), this dessert is known as a Schaum Torte.  Wisconsin claims this dessert as their own and it is a Memorial Day specialty in celebration of their strawberry season.  This recipe, from Patricia Wells’ At Home in Provence, makes individual meringues, whereas many recipes for Schaum Torte make one large meringue.  While the original recipe has origins in Wisconsin (and Patricia Wells grew up there), it made its way into a French cookbook, so that is why it is here for April in Paris. 🙂

Meringues are quite simple to prepare and make an impressive dessert, but here are a few tips to ensure your success with them.

1. Be sure your egg whites are at room temperature before you begin to whip them with the other ingredients. 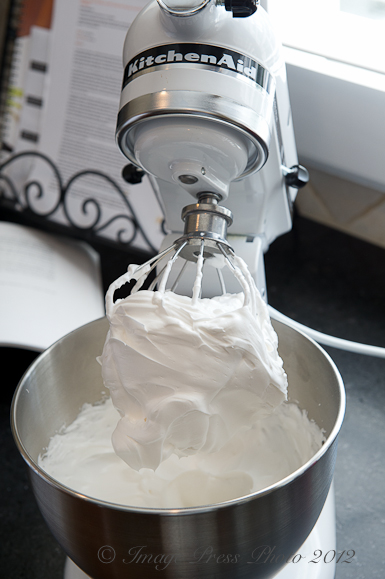 They whip beautifully at room temperature

2. Avoid preparing meringues on a wet and humid day.

3. Use a good oven thermometer and check the temperature before baking your meringues to ensure that your oven is exactly at 200 degrees F.

4. Do not remove the meringues too soon from the oven of they will not be completely dry.  Be sure they come away easily from the silicone mat or aluminum foil.

These make a beautiful dessert when entertaining and everything can be made ahead of time and quickly assembled at the last minute.

* One word of advice outside of the kitchen, never give up your dreams, for one day they may come true. 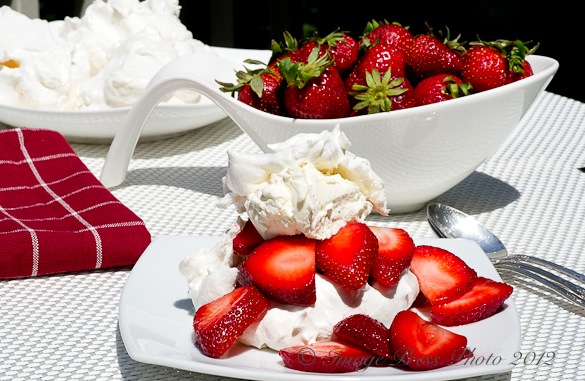 This is a beautiful dessert for entertaining

1. Preheat the oven to 200 F (90 C). Line a baking sheet with aluminum foil or a nonstick liner. (Do not use parchment paper or a greased and floured baking sheet, for the meringues may stick to them.)

2. In a heavy-duty mixer fitted with a whisk, beat the egg whites, cream of tartar, and vanilla extract at a medium-low speed until small bubbles appear and the surface is frothy, about 45 seconds. Increase the speed to medium and gradually add half of the superfine sugar, whisking until soft peaks form, about 45 seconds. Increase the speed to high and whisk until thick, stiff, glossy white peaks form, about 2 minutes more. Remove the bowl from the mixer. Sprinkle the remaining superfine sugar over the mixture and, with a large spatula, quickly and gently fold it in, working the egg whites as little as possible.

3. Using a large serving spoon, ladle 6 large, round dollops of meringue on the prepared baking sheet. Work as quickly as possible so as not to deflate the whites. Place the baking sheet in the center of the oven and bake until crisp and dry but not yet beginning to color, about 2 hours. (If the meringues begin to brown, lowers the oven temperature to 150 F (65 C) or the lowest possible setting.)

4. Remove the baking sheet from the oven, and with a spatula, carefully transfer the meringues to a wire rack to cool. If they stick to the foil, they haven’t sufficiently dried out; return them to the oven to dry thoroughly. * The meringues can be prepared several days in advance and store, fully cooled, a a dry air-tight container.

5. About 2 hours before serving the meringues, rinse and stem the strawberries. Cut lengthwise into thin slices. Toss with the sugar and set aside at room temperature.

6. In a heavy-duty mixer fitted with a whisk, beat the cream until it forms soft peaks.

7. Using a serrated knife, slice the top quarter off each meringue. (The meringues may chip or break off, but try to avoid transforming them to bits.) Place each meringue on a dessert plate. Spoon the strawberries into the shell, allowing the fruit to overflow onto the plate. Top the berries with the whipped cream. Place the meringue caps on top of the whipped cream and serve immediately.

Patricia Wells
At Home in Paris

END_OF_DOCUMENT_TOKEN_TO_BE_REPLACED

17 comments on “Meringues with Strawberries and Whipped Cream (Schaum Torte)”