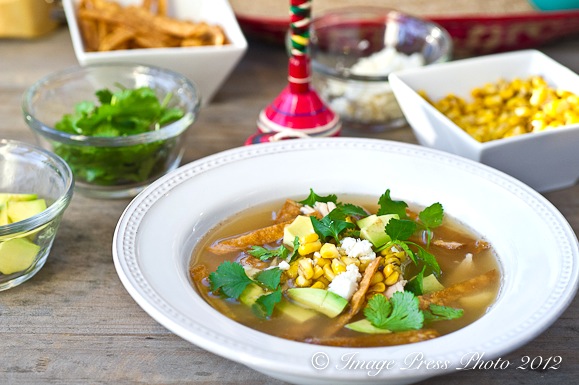 A steaming bowl of hot soup is generally something we associate with cooler temperatures.  However, any kind of chicken soup gets my vote year round.  In particular, this recipe for Tortilla Soup may just be a new favorite for any season.

Mildly spicy and a bit smoky, this soup is appealing to the eye and the palate finished with an array of colorful toppings.  I love the fresh avocado and sauteed corn in the soup.  Every bite has a slightly different taste and texture as all of the ingredients are combined into the soup.  The salty queso cheese and crunchy tortilla strips add yet another layer of unique flavor. 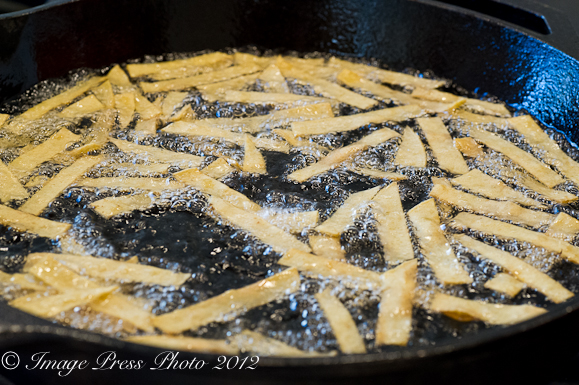 Make your own tortilla strips from corn tortillas 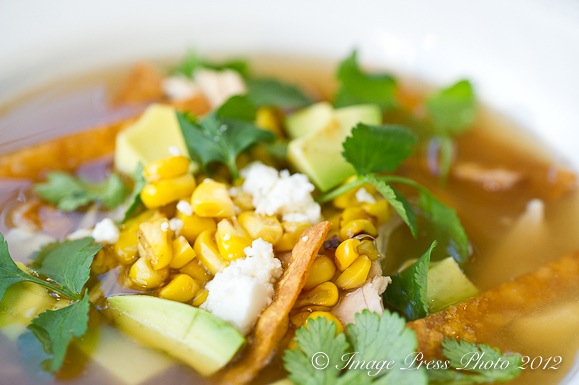 This recipe is from a small Mexican restaurant in Nashville, Tennessee called Mas Tacos Por Favor.  I have not been there, but apparently the place is wildly popular and über casual and was originally a food truck taco business that began in a 1970’s Winnebago.  Aren’t those always they kinds of places that have interesting and creative food?

You can either roast your corn or sauté it in a skillet.  I chose the latter method.  Another suggested topping is sliced fresh cherry tomatoes, which I did not add.  I enjoyed my soup just as it was. 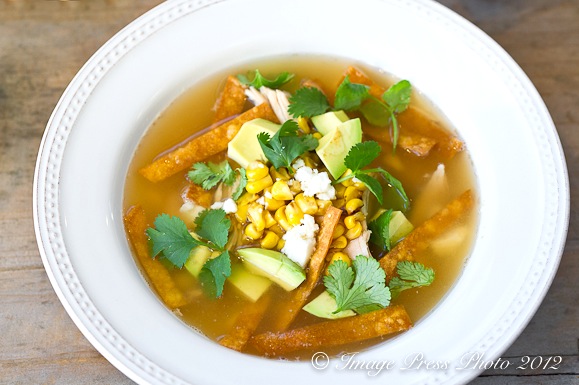 Enjoy this soup any time of year

If you cannot travel to Nashville to enjoy their version of the soup, I suggest you prepare a batch at home just in time for Cinco de Mayo.  Serve it up with a bowl of freshly made guacamole and chips, a cerveza (or two) or a salt rimmed margarita and you will be good to go for your own fiesta.

BTW, things may be quiet around here for a few days.  Mr. B and I are headed to New York City for the James Beard Awards tomorrow and will return next week.  See you then! 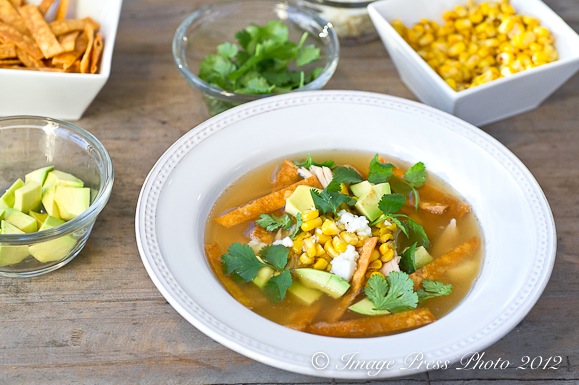 The colors and textures are beautiful in this soup

1. Bring chicken, onion, carrot, garlic, chipotles, jalapeño, and 16 cups water to a boil in a large pot; skim foam from surface. Reduce heat to medium and simmer, skimming the surface frequently, until chicken is cooked through, about 1 hour.

3. Meanwhile, set pot with strained broth over medium heat and add cilantro sprigs. Bring broth to a simmer; cook until reduced to 8 cups, about 1 hour. Discard sprigs and chiles, if using. Stir in 3 Tbsp. lime juice. Season with salt, pepper, and more lime juice, if desired. Add chicken to broth. DO AHEAD: Can be made 2 days ahead. Chill until cold, then cover and keep chilled.

4. Attach deep-fry thermometer to the side of a large cast-iron skillet or other heavy skillet. Pour oil into skillet to a depth of 1". Heat over medium heat until thermometer registers 350°–360°. Working in batches, fry tortilla strips, turning occasionally, until crisp and golden brown, 2–3 minutes per batch. Using a slotted spoon, transfer to paper towels to drain. Season with salt.

We participate in the Amazon Services LLC Associates Program, an affiliate advertising program designed to provide a means for us to earn fees by linking to Amazon.com and affiliated sites.
posted on May 3, 2012 in Recipes, Soups and Salads
11 comments »