Chef Lenn’s parents were both educators and also responsible for Joseph’s interest in food and cooking.  While many chefs cooked with their mothers at an early age, Joseph was more fascinated with being the “Grillman,” just like his father.  “Dad would cook steaks and burgers on the gas grill, but they were always burned.  He watched the news, forgot about the meat, and then the flames flared up.  I asked mom if I could cook the burgers one day and she said ‘sure.’  I asked how to prepare them and she said ‘Just don’t burn them.’ ” 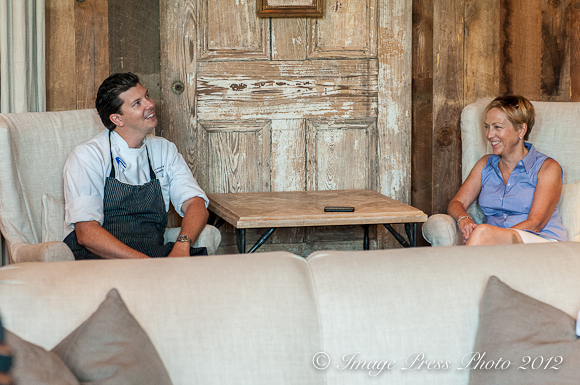 There were lots of laughs during this interview

Joseph was in middle school at that time and was fascinated with cooking over a fire or open flame, and has been ever since.  Once a “pyro,” as he called himself, “I built fires as a kid with a friend.  We popped popcorn in some metal can.  Who knows what damage that caused,” he laughed.  His opportunity to become an expert Grillman would come later when, as a teenager, he went to work in the butcher shop at Butler and Bailey in Knoxville, Tennessee.

More interested in fishing than college and uncertain whether engineering or accounting was the right path for him, Joseph decided to leave college and figure out what he really wanted to do in life.  “I bought a fishing boat at nineteen or twenty.  I loved fishing more than anything else in life.”  So, he went to work five days a week in the butcher shop (where he had interned in high school) and fished whenever he was not working.  Tom Butler, the owner, would send him home with cuts of meat like lamb chops and veal chops and he grilled them simply (without overcooking them).  “They were awesome.” 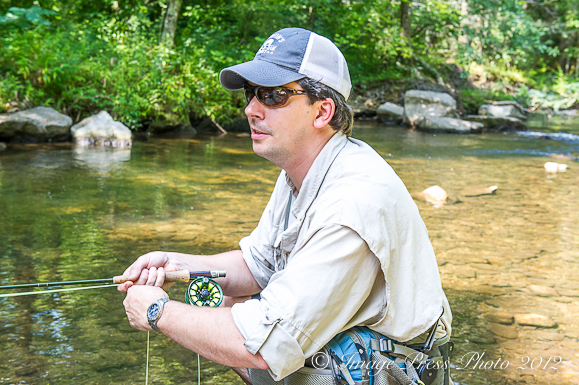 When Chef Lenn is not in the kitchen, you may just find him fishing

“I was the happiest I ever had been.  Everyone laughed and had a good time (at Butler and Bailey).  Everything I was ever taught about going to school and getting a degree changed.  Here are people making a fine living and they are happy.  So why do you have to go to college?  It changed the direction of my life and the way I thought about things.”

What started out as simple week night meals and grilling turned into dinner parties for friends.  “I bought a Smoky Joe Grill (that he still uses today).  It was more about the proteins then.  Friends suggested I go to culinary school, but I wasn’t sure I wanted to work in a kitchen all day.”  However, after reading a few articles in the Knoxville News Sentinel about local chefs and seeing similar stories on television, “I knew that was what I wanted to do.”

“I called my dad (who was a guidance counselor) and said ‘I think I know what I want to do.’  He said, ‘What is it now?’ and I told him, “I think I want to go to culinary school.’  Dad suggested Johnson and Wales, which was perfect since I loved Charleston (Johnson and Wales has since moved to Charlotte, NC) and we spent family vacations at Kiawah.”  At age 22, “I knew for certain that this is what I wanted the minute we walked into the school.” 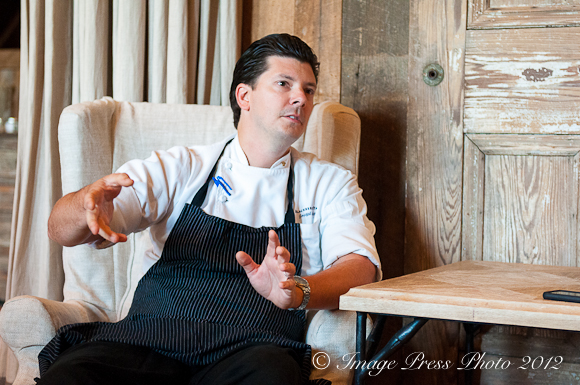 It really was destiny that Joseph would become a chef

Things seemed to fall in place, like a stacked deck of cards, once the decision was made to go to Johnson and Wales and Joseph was accepted.  Friends had connections and those connections had connections, best friends and neighbors knew people and one thing led to another.  A supplier of the butcher shop helped Joseph get an interview at Peninsula Grill with Chef Robert Carter when Joseph first moved to Charleston.  This led, in a round about way, to a summer position at Blackberry Farm working with Chef John Fleer.  Several weeks after the interview, Chef Fleer called Joseph offering him a position.  He said, “I’ll take it.  John said ‘Don’t you want to hear what it is?’  I didn’t care.  I told him I would do anything.”

That summer, Robert Carter came with Bob Waggoner as guest chefs to Blackberry Farm.  “John Fleer was kind enough to pair me up with Bob Carter.  Even more ironic is that he brought a young Sean Brock with him as a line cook.  He (Bob) said to me that I looked familiar and I told him I interviewed with him at Peninsula Grill.  ‘What happened with that?’ he asked.  I told him, I was underqualified and he was overstaffed at the time.  Bob told me, ‘Come back to Charleston and I’ll put your ass to work.’ ” 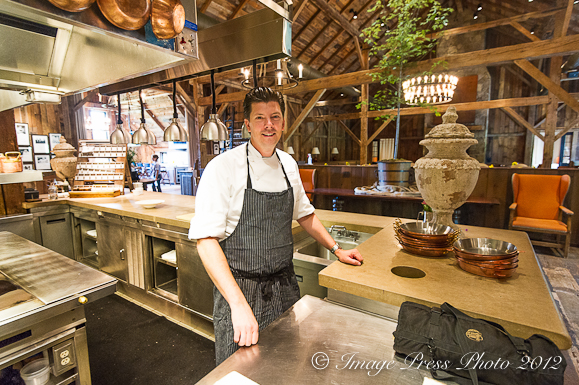 Everything happened at the right time and place for Joseph

There was a lot of being in the right place at the right time and having the right connections for Joseph.  His time at Peninsula Grill eventually led to working with Sean Brock at Hermitage Grill in Nashville, where he could return to work in Tennessee.  However, Blackberry Farm and coming home was always in the back of his mind.  Once again, he called John Fleer.  He was hired as a line cook and quickly promoted. 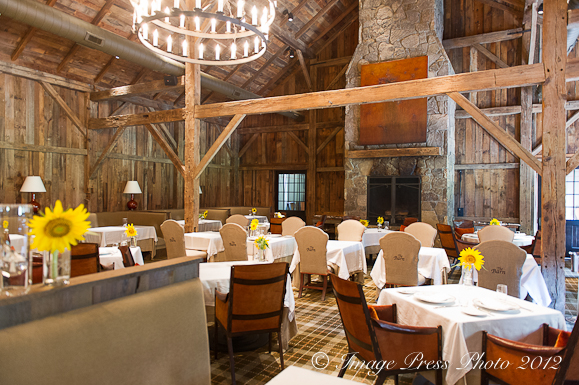 Page: 1 2 3
We participate in the Amazon Services LLC Associates Program, an affiliate advertising program designed to provide a means for us to earn fees by linking to Amazon.com and affiliated sites.
posted on October 2, 2012 in Chef Interviews, Main Dishes, Recipes
6 comments »