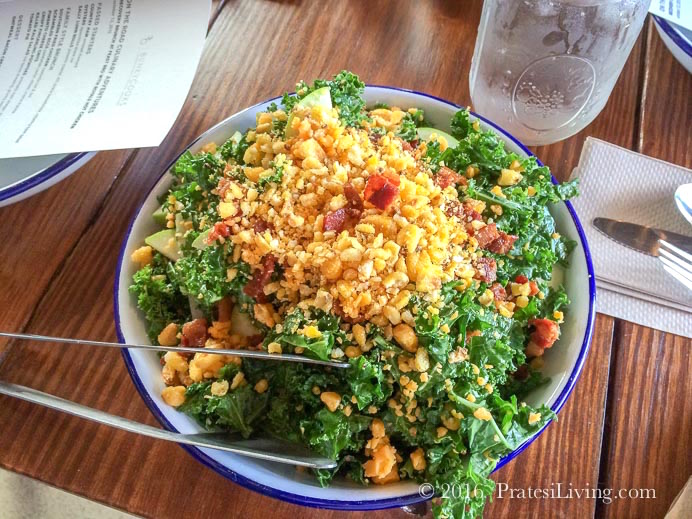 Nashville-Style Hot Chicken is all the rage right now and new hot chicken shacks are popping up in cities from its hometown of Nashville, Tennessee to New York, California, and even Melbourne, Australia. When Colonel Sanders gets into the business of frying up mega buckets of spicy hot chicken in 4,300 KFC’s nationwide, you know the stuff is going viral.

If you read our article on the urban legend of how hot chicken began, you know that we are big fans of the hot, crispy, and juicy bird. We even have an amazing recipe for Nashville-Style Habanero Hot Chicken in Southern Heat. When hot chicken is done right, it’s mighty tasty and sure to cure what ails you with the perfect balance of heat, spice, and flavor throughout the chicken. 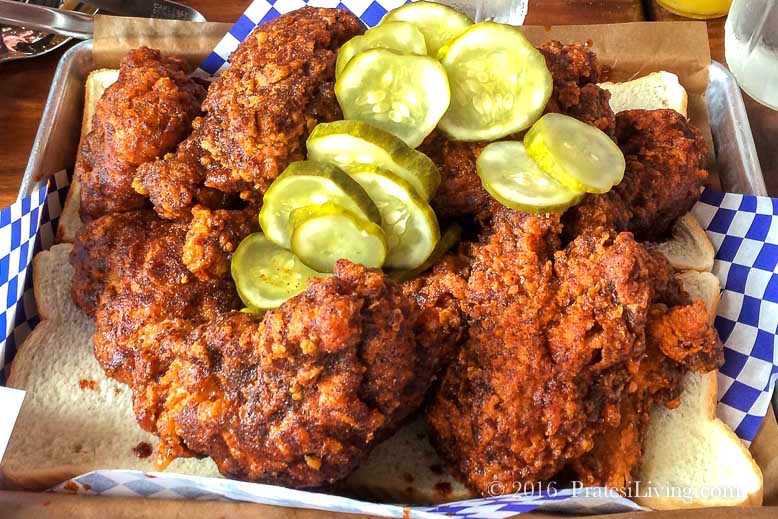 During our most recent On The Road culinary adventures tour to Louisville for the pre-release of Southern Heat, we were sure that on our last day our group might require a little morning-after help following two days of extraordinary eating and drinking. With course after course of decadent and impressive dishes with wine pairings from chefs Ed Lee and Glenn Dougan at Milkwood the first night, a tour around the world complete with bourbon and bourbon cocktails during lunch with Chef Ouita Michel at Woodford Reserve the next day, and the grand finale dinner with Chef Anthony Lamas featuring dishes from Southern Heat and more bourbon and wine pairings at Seviche, A Latin Restaurant, on the last evening, the next morning could have been rough. 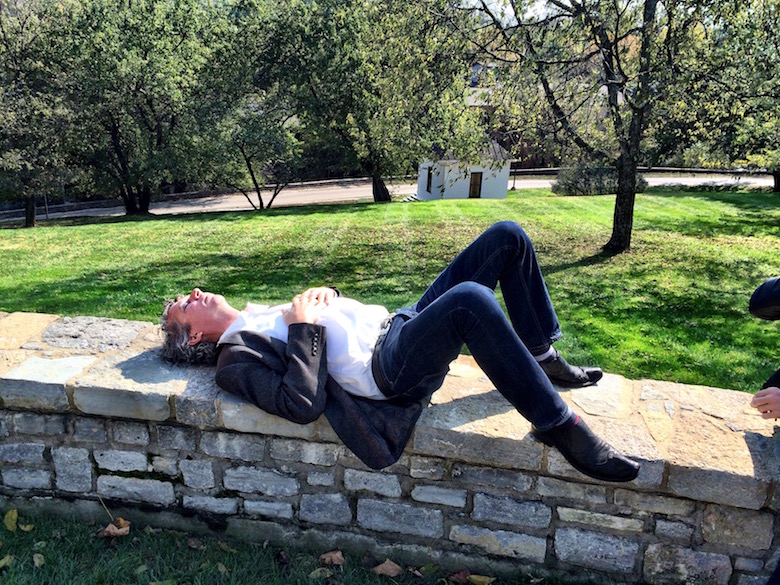 Enter the Recovery Brunch at Feast BBQ, Chef Ryan Roger’s first restaurant concept in Louisville. The past two days had featured flavors from around the world with Southern ingredients. This brunch was designed to bring the flavors back to the South and also feature a sneak peek at Chef Roger’s new concept, Royals Hot Chicken. Perfect hangover food! 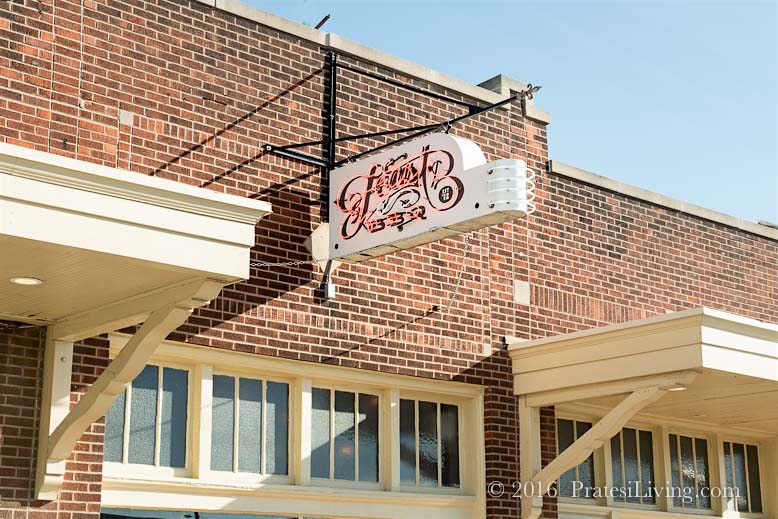 Just what the doctor ordered – Brunch at Feast BBQ 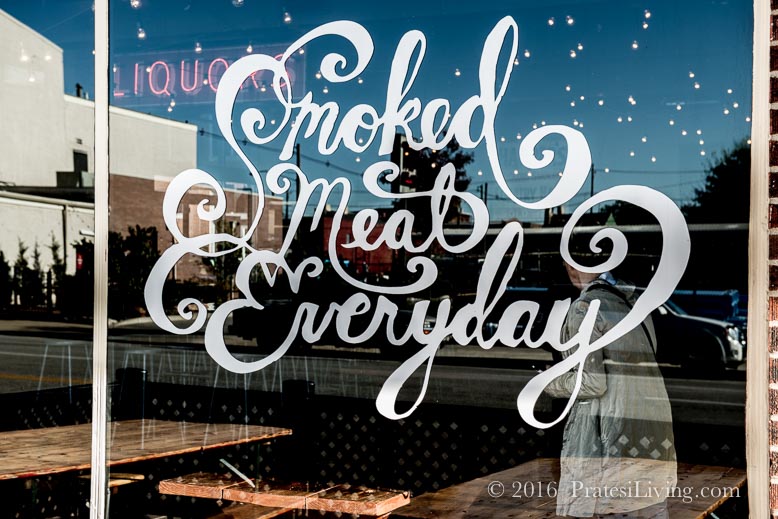 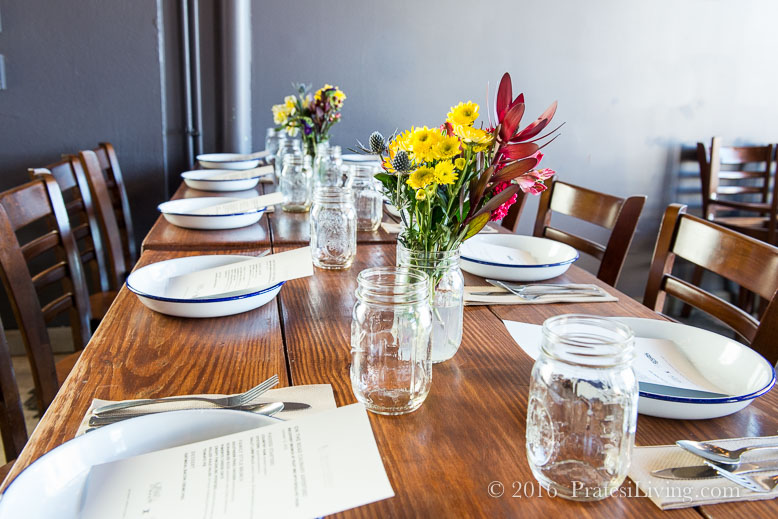 Our last meal in Louisville

You’d be hard pressed to think that the last meal could top any of the others, but it seems that if it didn’t, Chef Rogers and his team sure tried hard to outdo the other chefs. This impressive menu blew everyone away from the oysters with the aguachiles shaved ice to the Oatmeal Bacon Crème Pies for dessert. Just when you thought you couldn’t possibly take another bite, the servers brought out one more dish which was followed by another. Somehow, everyone managed to try a little bit of everything and clean their plates, complete with Mimosas and Bloody Marys. 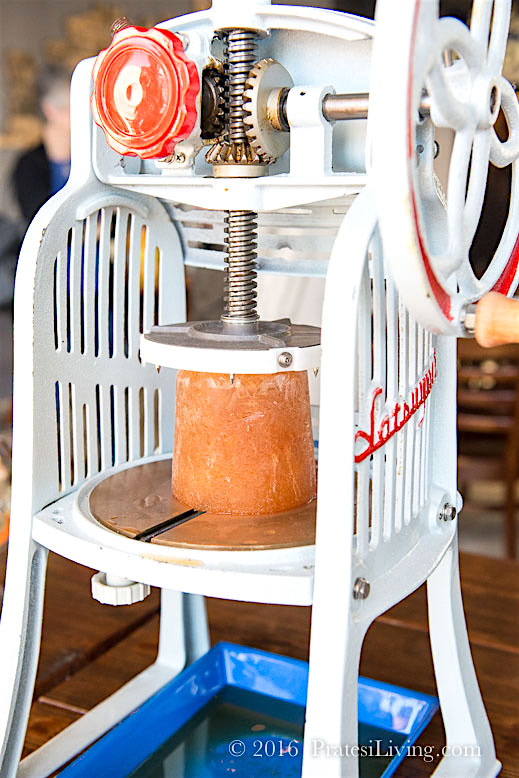 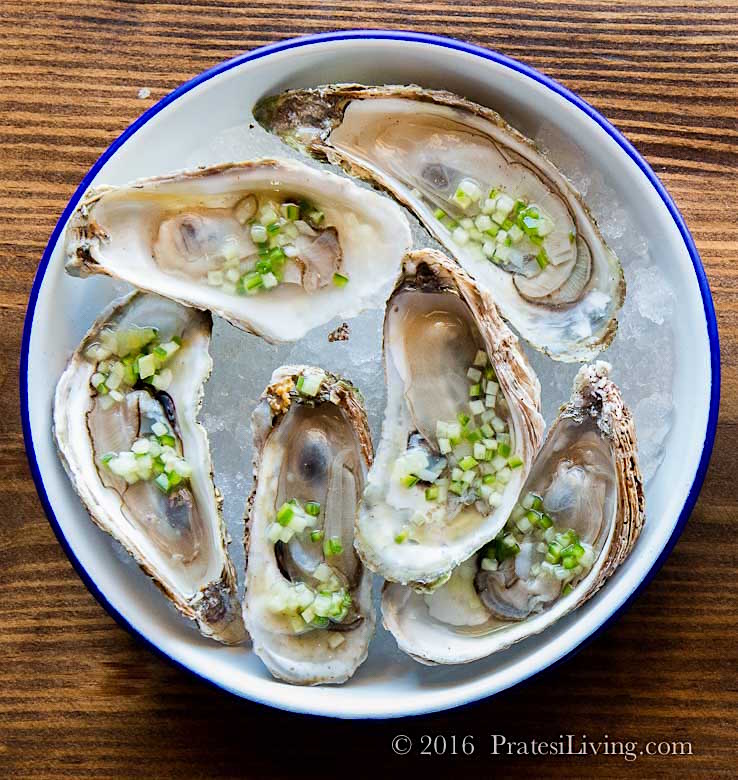 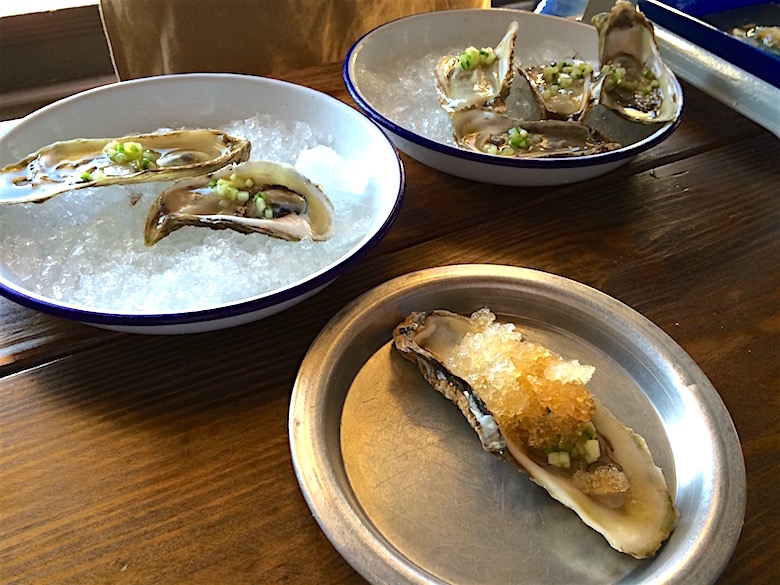 The oysters were particularly good topped with the shaved ice

After eating and drinking their way through three days in Louisville and Versailles (home of Woodford Reserve), our guests understood why we’ve returned to Louisville three times for a culinary tour; they have an incredible and constantly evolving food scene. Our first trip occurred in 2012 when most people thought of Louisville as the home of The Kentucky Derby, bourbon, and basketball. We saw something quite different in our exploratory visits and now, even the rest of the country and the world is picking up on it as Louisville has been named #1 Food City in the world by National Geographic. Yes, #1. 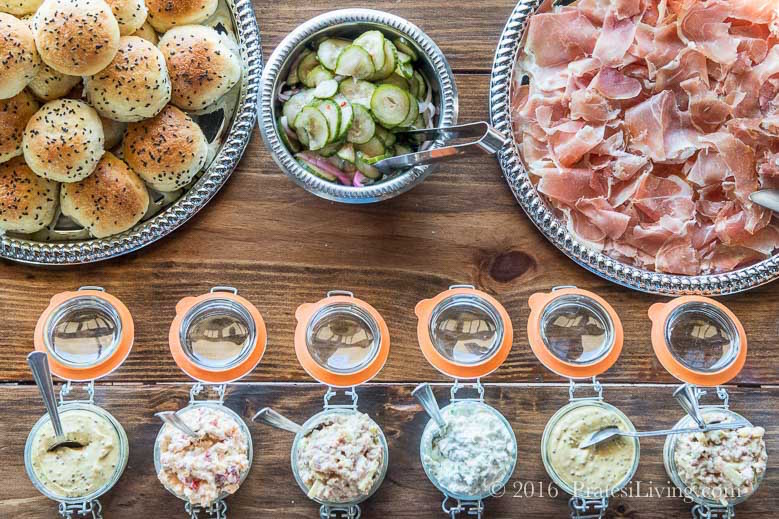 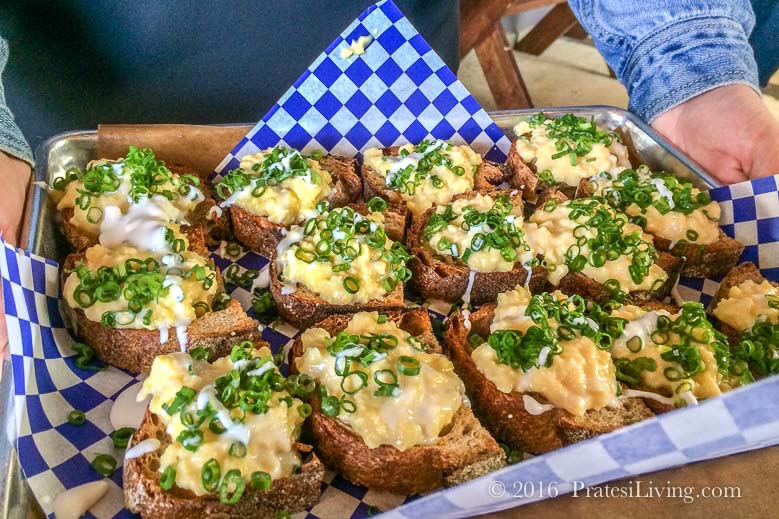 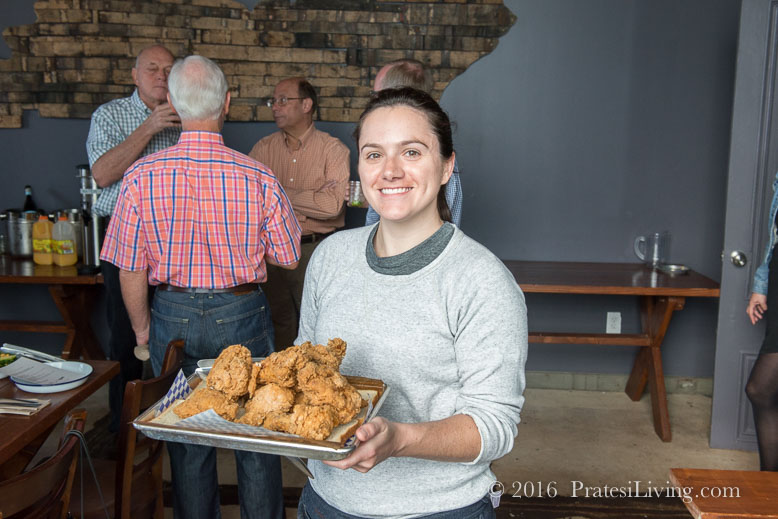 And the food keeps on coming! 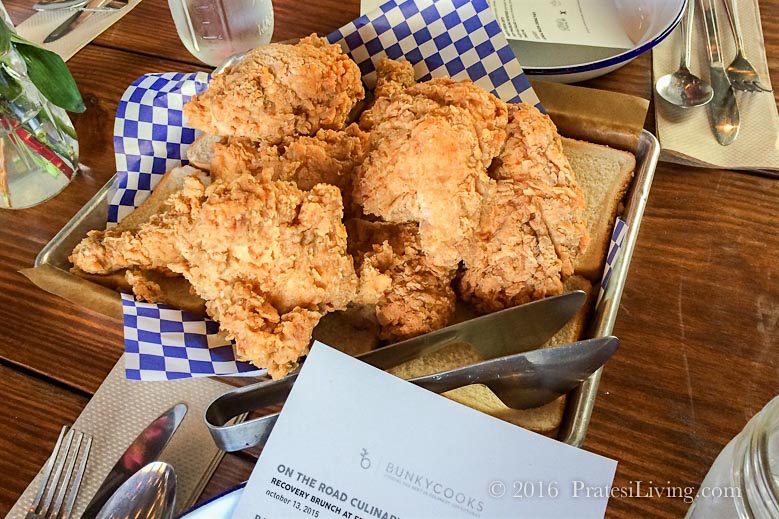 While all of the dishes were delicious at our Recovery Brunch, I couldn’t stop eating the Killed Kale Salad with Hot Bacon Dressing, Granny Smith Apples, and Corn Crunchies. We all know that everything is better with bacon and that is certainly true with kale. 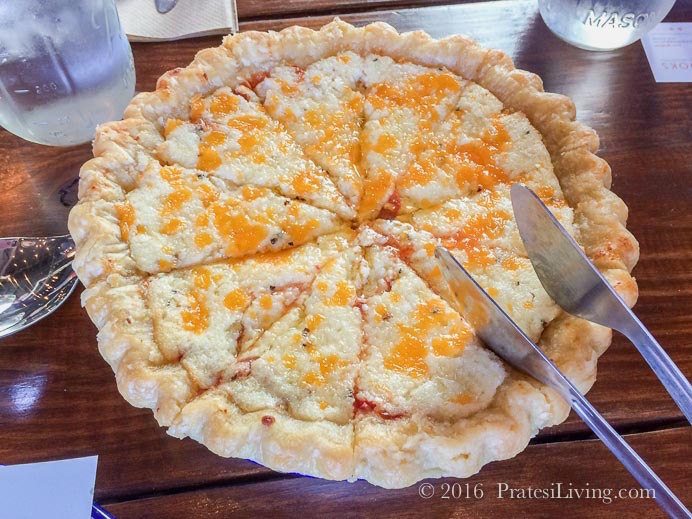 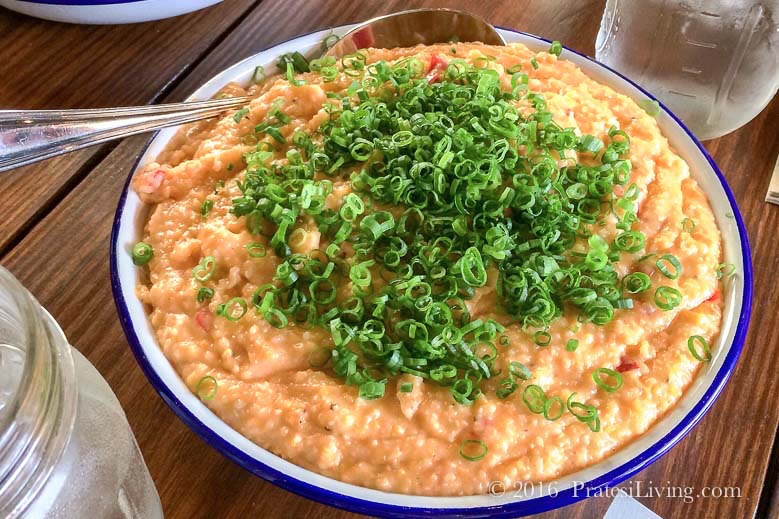 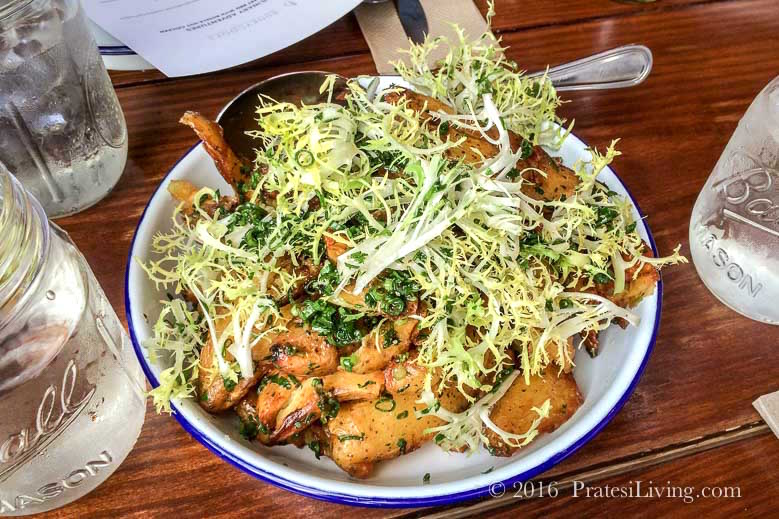 Chefs Ryan Rogers and Joseph Banet were kind enough to share the recipe for their delicious kale salad. It’s the perfect time of year to have another option for preparing kale and this version will take boring old kale to a new level. I know you’ll be thrilled to have another way to include the healthy green veggie in your menu planning. 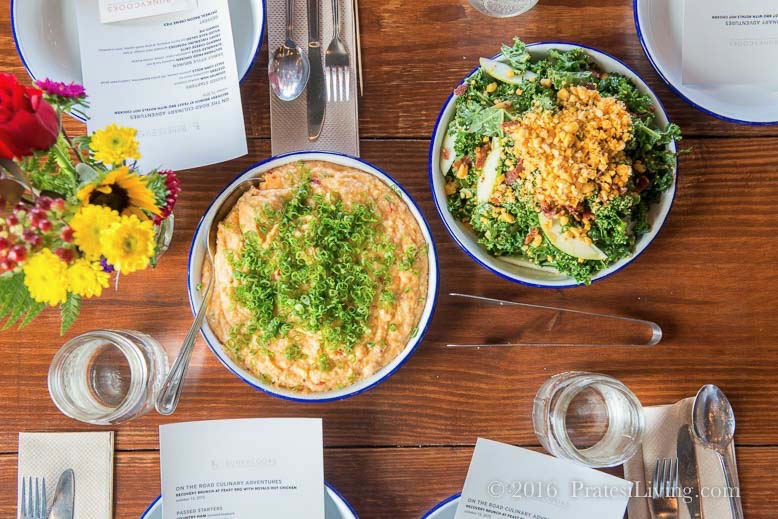 This will become your new favorite kale salad

A tip we learned about prepping kale for a salad from Chef Ouita Michael is to massage the kale with your fingers before serving. Kale can be a little tough at different times of year. It also depends on where it’s grown and what type of kale you use. Give your kale some love to make it more tender. 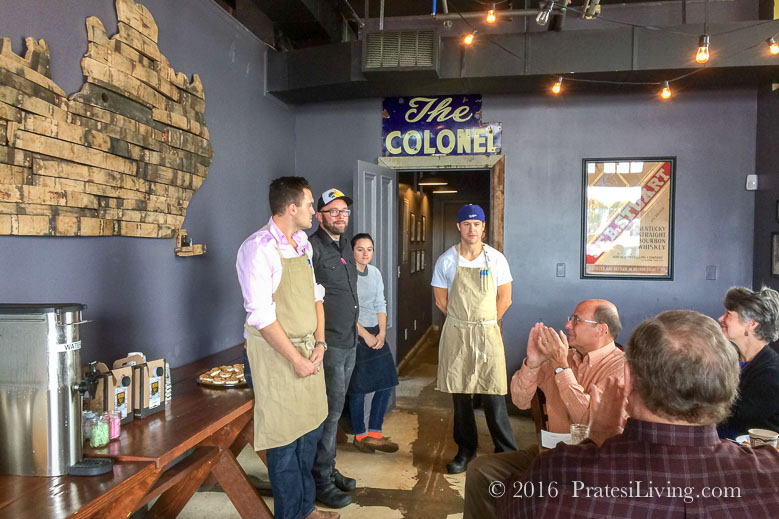 The talented team at Feast BBQ and Royals Hot Chicken 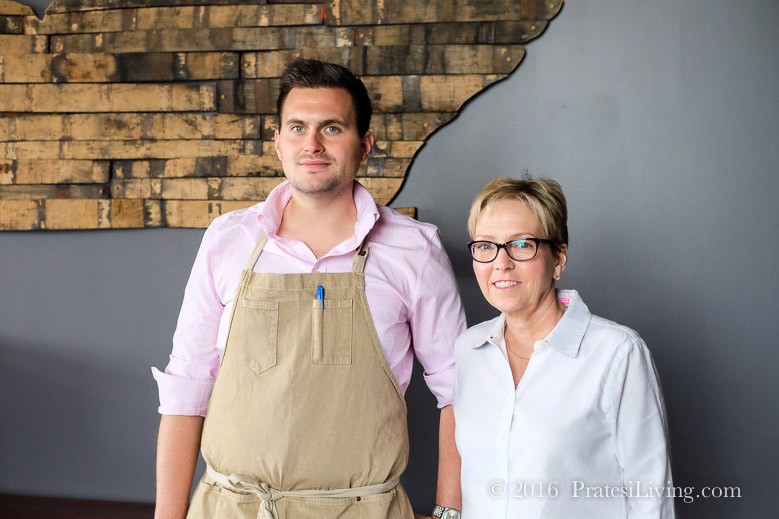 With Ryan Rogers after brunch

If you’re headed to Louisville, be sure to stop into Royals Hot Chicken in the Nulu District of downtown, order up some hot chicken and fixins’, and tell Ryan we said hello! 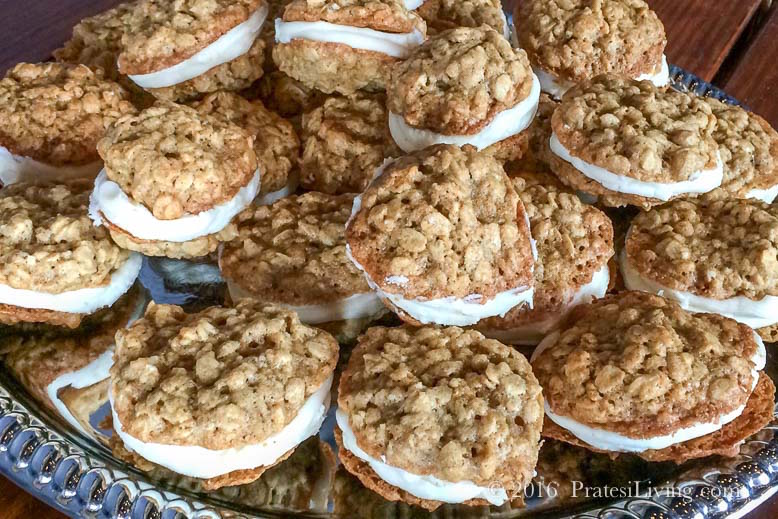 Chef Banet says there will be some dressing leftover and suggests using the leftovers on some roasted potatoes or grilled asparagus. Or just more kale salad!

Note – Chef Banet likes to cook his bacon in a pan in a 350 degree oven.

We participate in the Amazon Services LLC Associates Program, an affiliate advertising program designed to provide a means for us to earn fees by linking to Amazon.com and affiliated sites.
posted on February 2, 2016 in Recipes, Soups and Salads
2 comments »