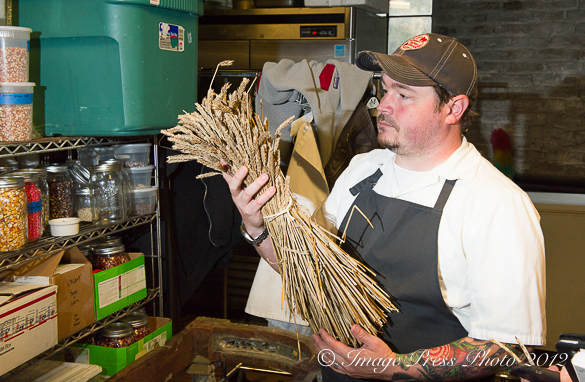 Many chefs in the Southeast who have worked with John Fleer over the years have been inspired by his vision.  Sean Brock is one of them.  Winner of the James Beard Award for “Best Chef Southeast” in 2010 and nominated for the James Beard “Outstanding Chef” award in 2012, Brock was excited to talk about Fleer.  “John Fleer headed up the early movement of preserving Southern traditions.  I begged him to let me work at Blackberry Farm when I was nineteen or twenty years old.  I looked up to him.  He was one of my first mentors and one of the few chefs I could talk to about ingredients I grew up with (in Appalachia) like cushaws and pawpaws.  He has a traditional manner of cooking, but with a modern side.  He is one of those people that can see much further into the future.  He is an unsung hero.” 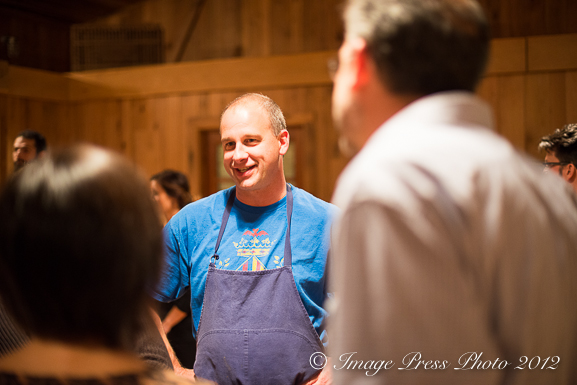 Fleer, speaking of his support for these artisans said, “I have always seen it as part of my mission to be a champion of these people and I feel like I have done a good job.  Not because I wanted to make them famous, but it was important that people knew there was something and someone behind the product.  I didn’t do anything except continue to use the products and to tell people about them.  Hopefully, I represented the products as they were intended and maybe took them to another level while respecting the integrity of the people and the product.”

Fleer’s profound culinary contribution has been through helping others be successful, rather than trying to bring recognition to himself.  Would we have heard of these people without John Fleer’s culinary vision for Foothills Cuisine that he created twenty years ago, honoring and supporting the artisans that produce extraordinary ingredients in the Smoky Mountains and Appalachian region?  Would the legacy of Foothills Cuisine be what it is today had Fleer not developed the original recipes, sourced these products, and hired and trained the current chefs at Blackberry Farm, and created the guest chef program?

Blackberry Farm has continued the tradition of using artisan products in Foothills Cuisine and has evolved the program over the years.  They have brought many artisan specialties, such as cheesemaking, truffles, charcuterie, heirloom seed preservation, and even brewing craft beers, in-house.  Blackberry Farm was also a recipient of the Made in America: President’s America Treasures Award in July 2012. 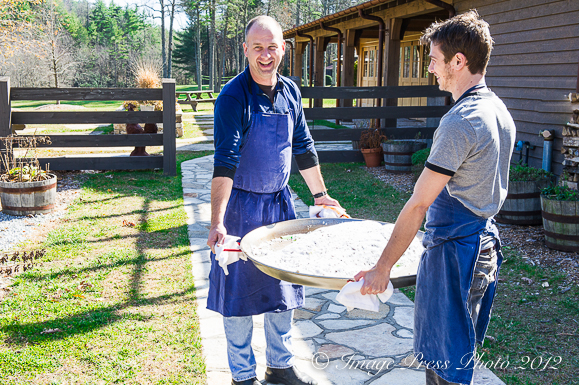 Prepping for the Seven Fires Dinner in Highlands, North Carolina

Tom Michaels of Tennessee Truffles said it well,  “John Fleer is the hidden Rasputin of the culinary world here in the Southeast.  He has formed so many ideas and brought along so many chefs and farmers.”

John Fleer became an early evangelist for promoting and preserving the legacy and integrity of America’s regional foods.  He has inspired the next generation of chefs to do the same; chefs like Sean Brock, who have taken up the cause with artisans like Glenn Roberts of Anson Mills, to focus on preserving heirloom seeds and ingredients.

While there are many chefs joining this call, it is imperative that more people in the culinary world take up the cause for these real food heroes: our farmers and artisans that produce traditional and heirloom products.  Without our support, these food traditions and products may be lost forever.  As Brock said, “Five years ago this conversation would not have happened.  The most important thing is to preserve Southern cooking and ingredients.”  John Fleer has been at the forefront of this movement. 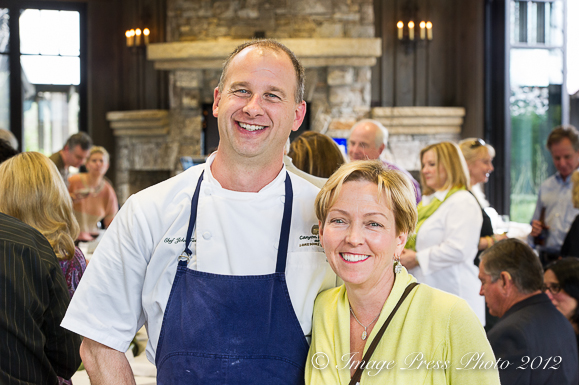 Author’s note: Chef Fleer was not aware that this article was being written about him.  I interviewed him with the intent of gaining his perspective for an article to be written about the various artisans.

Here are the articles we have published on several of these artisans and farmers:

The challenge of preserving our culinary heritage is not limited to the United States.  Here is another article on preserving culinary traditions and artisans in Friuli, Italy:

Chef Fleer has shared a recipe for his Savory Buttermilk Panna Cotta which combines two of his best-loved ingredients, Cruze buttermilk, and Benton’s eighteen-month aged ham. 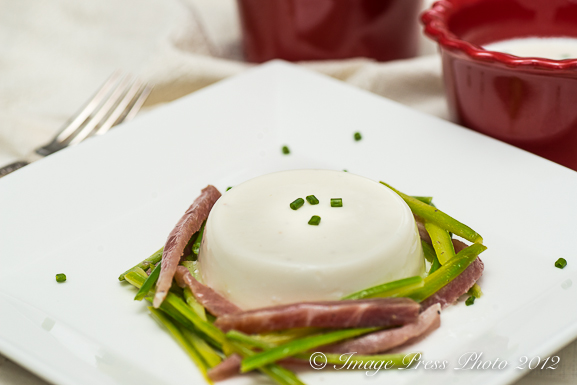 * An update – John is now the chef/owner of Rhubarb and Benne on Eagle in Asheville, North Carolina.

2. Bring Half and Half, sugar, salt, and pepper to a simmer. Remove from heat and whisk in bloomed gelatin and crème fraiche. Whisk until gelatin is melted.

3. Whisk in buttermilk and chives. Taste for seasoning. Fill 6 3-ounce molds. Place in refrigerator over night. (Best if made a day ahead so that they may set up.)

For vinaigrette:
1. Reduce wine to 2/3 cup and allow reduction to cool. Stir in mustard, lemon juice, salt, and pepper. Whisk in oils and check seasoning.

We participate in the Amazon Services LLC Associates Program, an affiliate advertising program designed to provide a means for us to earn fees by linking to Amazon.com and affiliated sites.
posted on December 27, 2012 in Favorites, Thoughts on Food
34 comments »