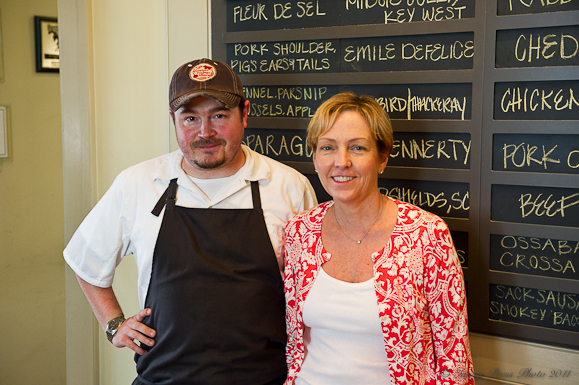 So, why is it that when we go to the grocery we typically find such a small selection of produce and meats when there could be more?  The answer is simple. Our food supply has been dumbed down to the few varieties that are cheap to produce, easy to transport and have the longest shelf life. As a result, our culinary tastes have also been dumbed down and the dishes that we ate just 100 years ago do not have the same taste today because we have substituted inferior varieties of produce and other ingredients. 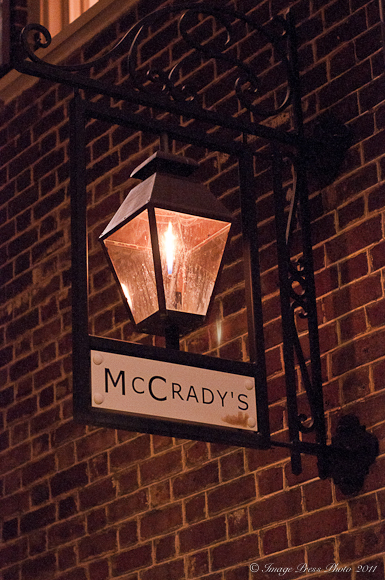 We went On the Road in April to one of our favorite cities, Charleston, South Carolina, to speak with a chef that is committed to bringing back our heritage foods with their rich and unique flavors.  Every visit to Charleston is filled with fabulous food, great chefs and inspiring stories.  This time was no exception and perhaps, our most memorable.

Chef Sean Brock, of McCrady’s and Husk fame in Charleston, is also the recipient of the 2010 James Beard Best Chef Southeast award.  In addition to other awards, numerous articles in magazines and newspapers, television appearances and participating in events like Atlanta Food and Wine,  Chef Brock is writing a book.  He is incredibly busy, to say the least. 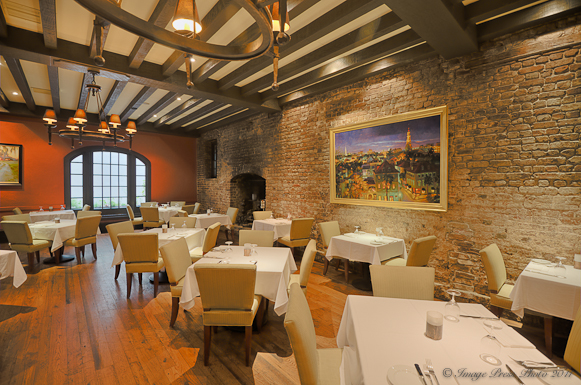 Born and raised in the South, Brock is proud of his heritage and Southern food.  He was raised on a farm and spent days as a boy shucking corn or shelling peas.  Some say that he is the best farmer to ever become a chef.  Passionate describes every chef and farmer that we have met since we started our travels, but Brock may be taking that word to a new level in his mission to fix what has been broken in the way our foods are grown and raised. 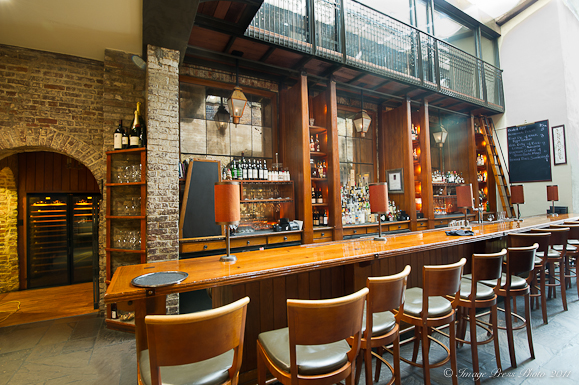 The bar at McCrady’s

Brock, a graduate of Johnson and Wales, initially came to Charleston for culinary school in 1997.  He began his career at Peninsula Grill in Charleston.  After working in several other restaurants in other cities (The Hermitage Hotel in Nashville, Tennessee, Lemaire in Richmond, Virginia, and La Terraza del Casino in Madrid), Brock came back to Charleston five years ago as Executive Chef at McCrady’s.  It was this transition that was a life changing experience for him. 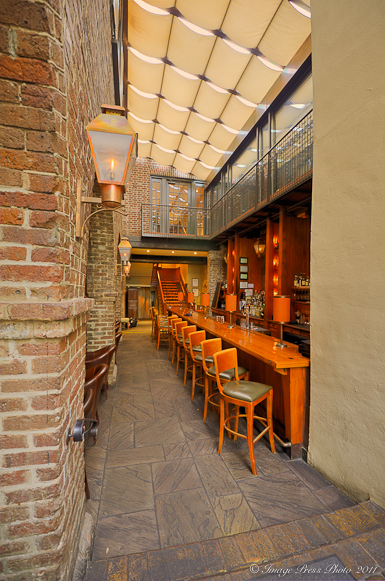 Once known as McCrady’s Tavern (originally owned by Edward McCrady), this historic building dates back to 1788.  It was a local tavern along with a brothel upstairs (at one point) during its history.  Back in those days, the building was located right on the waterfront, but over time the land was filled in and now sets back several blocks from the shoreline.  There have been many notable patrons of this tavern over its long and colorful history, including George Washington in 1791. 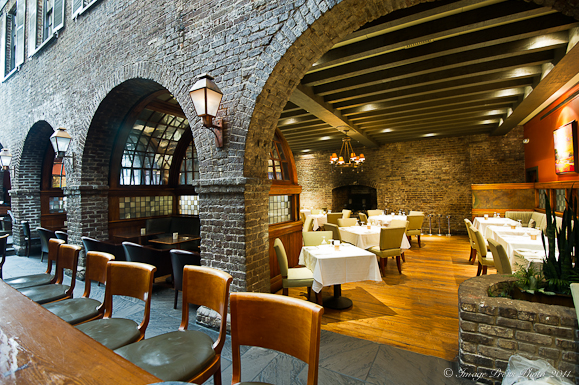 It was the historical significance of this building and telling the story about that history that has had the greatest influence on this chef over the last five years.  He started to think about the foods that were served in McCrady’s Tavern hundreds of years ago and set out to find the original species of plants that once existed in the region to bring back the true flavor profiles that Charleston is known for.

Dishes that were indigenous to the area like Shrimp and Grits, She Crab Soup, Hoppin’ John and Oyster Benne Stew now tasted nothing like they did.  Local rices, produce and beans used in these dishes disappeared in the 1930‘s.  Over time, genetically engineered rices, dried beans and seafood from cheaper sources took their place.  Brock felt a responsibility as a chef to do something about it.  Inspired by others, he started to grow heirloom varieties of plants that belonged in Charleston’s kitchens on his own farm.  He sourced other heritage products, such as meats and poultry, to bring back the flavors that Charleston enjoyed hundreds of years ago. 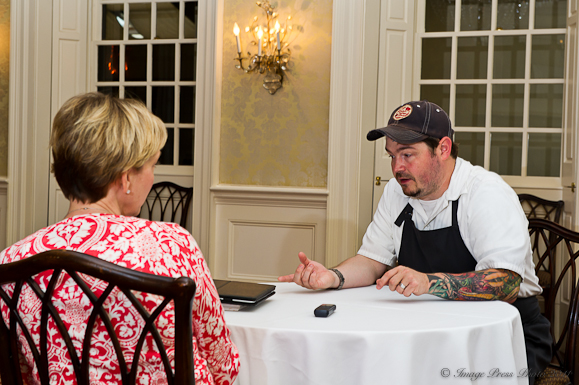