Talk about Cruze Dairy Farm in Knoxville, Tennessee, and Chef Fleer smiles.  “Colleen is a second-generation farmer that believes in what the family has done for the last twenty years and wants to take the tradition further.  She’s not a hobby farmer who wants to grow pretty vegetables.  How many twenty-year-olds want to do this?”  And she does it with great flair, delivering and sampling the farm’s dairy products in gussied up farm girl garb while introducing the next generation of chefs to their buttermilk.

Fleer’s relationship with Earl and Cheri Cruze (Colleen’s parents) goes back to his early years at Blackberry Farm.  “There is a buttermilk culture in this region.  The Breakfast of Champions, if you are daring, is a bowl of cornbread and raw onions with buttermilk poured over it.  The combination of buttermilk and mushy cornbread is delicious, ” he told us.  Could this be regional hangover food?  Fleer says it probably wouldn’t hurt. 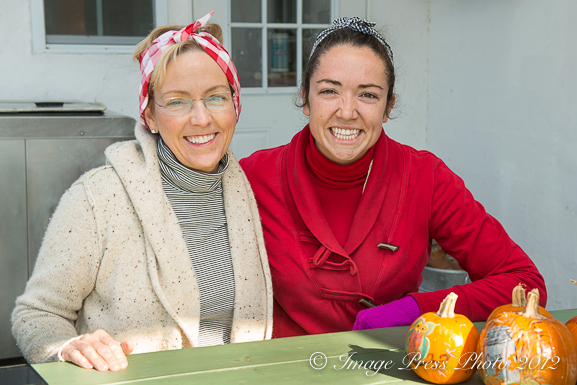 With Colleen Cruze at Cruze Dairy Farm in Knoxville, Tennessee

Fleer uses Cruze’s buttermilk in almost everything and features it as much as possible.  Known as the king of buttermilk by friends and other chefs, he told us, “They have great products and if you use the heck out of them on the menu, they continue to get bigger.”  On our recent visit to Cruze Farm, Yuki (one of the Japanese interns working on the dairy farm), saw a picture of John Fleer on the computer and shouted “Buttermilk!”  I guess that says it all. 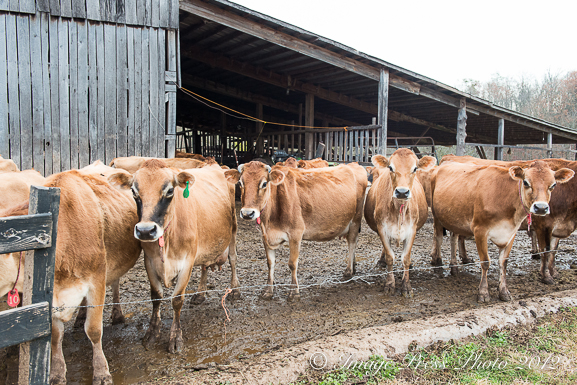 “John was finding and using local ingredients before it was trendy,” Colleen told us.  “He took an interest in us and made my mother deliver to Blackberry Farm.  It was a long distance.  He kept pushing my mom to keep making it and to bring it.  He was able to get chefs and others to realize that our buttermilk is different than what you purchase in the grocery store.  He has a huge commitment to our local products.”

Fleer’s commitment to farmers and artisans goes beyond using their products.  He shared this story about Cruze Farm: “Cruze had 400 extra gallons of buttermilk they had overproduced.  Colleen called and said she was headed to Charleston to sell some of it.  I told her I would make some connections in Asheville with the chefs.  The next day, I helped her deliver around town.”  Colleen told us, “John is such a nice guy.  I told my boyfriend that he reminds me of him.  I hope that he will be that kind of husband and father one day.”  (Colleen and her boyfriend are now engaged as of New Year’s Eve, 2012.)

The buttermilk craze has expanded far beyond Appalachia. Cruze Farm was recently featured in publications such as Garden & Gun, The New York Times, and Southern Living, to name a few.

“I found Muddy Pond Sorghum in the same place I first discovered Cruze’s buttermilk,” Fleer told us.  “It was a Farmstand grocery store called the Horn of Plenty in Maryville.  I didn’t grow up with the tradition of sorghum, but then you get a little tickler of something that’s important to the culture and you begin to find out how vast the story is.  So few people do it the right and the old-fashioned way.” 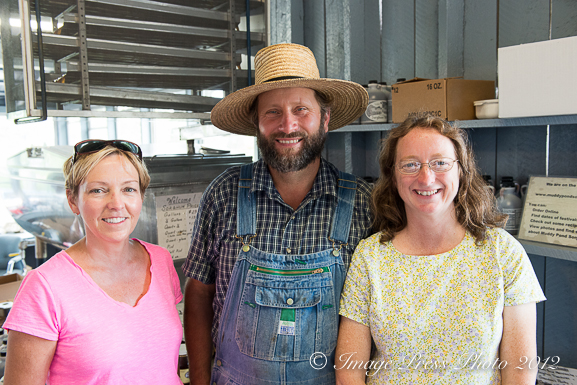 In the mid-1990s, Mark and Sherry Guenther of Muddy Pond Sorghum noticed that sales had been increasing over a period of time.  Then Mark received a call from Chef Fleer asking if Blackberry Farm could buy sorghum directly from him.  “It opened the doors for us with a tremendous audience using our product,” he told us.  “I didn’t realize the reputation and the connections of Blackberry Farm.  Business exploded for us and then other places started to contact us and use our sorghum.”  Fleer shared, “Mark and Sherry are smart folks.  They made small replicas of their one-gallon jugs.”  These are the small bottles that went home with visiting chefs and guests at Blackberry Farm.

The Guenther family and Muddy Pond Sorghum were awarded one of the most prestigious culinary honors in the United States, a Made in America: President’s America Treasures Award in July 2012.

Domestically grown black périgord truffles were all but unheard of in the United States until Tom Michaels of Tennessee Truffles in Chuckey, Tennessee planted his truffière.  Tom had contacted Fleer at Blackberry Farm several times asking him to try his truffles, but Fleer had used other domestic truffles and was disappointed.  He told Tom, “If they can’t get it right in Oregon, how can it possibly be done in Tennessee?”  However, one day Tom asked to stop by and Fleer agreed.  That was the winter of 2004. 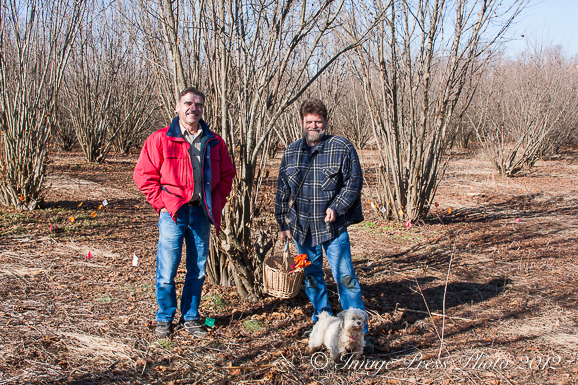 Tom told us, “I was just a little old farmer trying to grow these darn things (a humble comment, given that he has a Ph.D. in plant pathology and did his dissertation on truffles and mushrooms).  I really didn’t give much thinking to the culinary end of marketing them.  I had two chefs using them in Knoxville at the time.  My third sale was to John Fleer who I thought was thinking, ‘Oh yeah, he’s some hick or hayseed from the  woods growing truffles,’ but then I went in with my containers.”

Fleer recalls, “Tom showed up one day with his little Tupperware containers filled with rice and black truffles.  He had a dozen or so and asked if he could open them and let us smell and taste them.  He opened them up and I knew, that was a truffle.”  Joseph Lenn, who trained with Fleer and is now executive chef of The Barn at Blackberry Farm, also recalls the moment.  “When Tom opened the containers, the kitchen came to a standstill.”  The pungent aroma of black truffles consumed the kitchen and there was no denying that this Tennessee farmer had produced black gold.

Michaels and Tennessee Truffles were honored with a Made in America: President’s America Treasures Award in July 2011.