Tennessee Truffles and a Tennessee Corn and Truffle Flan

by Gwen Pratesi • Farms and Artisans, Side Dishes, The South, Travel 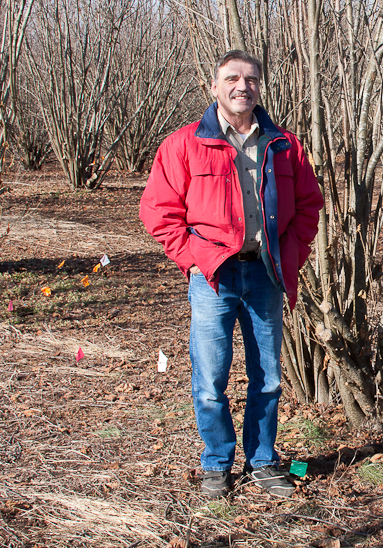 Tom Michaels was looking forward to the days when he could relax while enjoying his bucolic farm life in Chuckey, Tennessee.  He wanted to take it all in while sipping on a nice glass of wine, looking out over the rolling hills and savor some of the fruits of his labors – Périgord Truffles.

However, as the word has spread about his incredible success in growing some of the finest Périgord (black winter) truffles available in the world (originating in the Southeastern United States), life has become more hectic than ever for this man with his Ph.D who studied plant pathology. 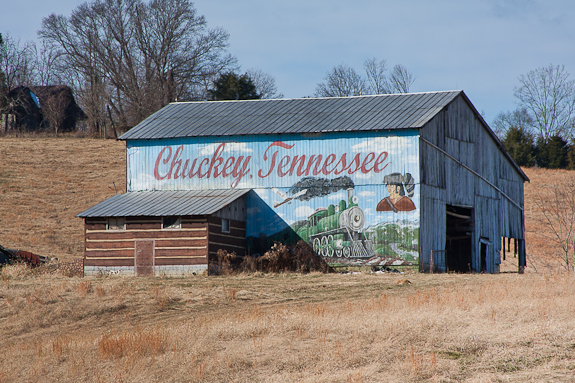 When we found out about Tennessee Truffles and Tom Michaels last summer, you know I immediately was on the phone to interview Tom and see his truffle orchards in Tennessee.  We had to wait until truffle season to visit (beginning in mid-December and running through Mid-February), but it was well worth the wait.

Tom and his Tennessee Truffles have appeared in such prestigious media outlets as The New York Times, Bloomberg, GQ (written by Alan Richman, this might have been the cover story had Michael Jackson not just passed away), the chef’s website, eGullet and Garden & Gun. 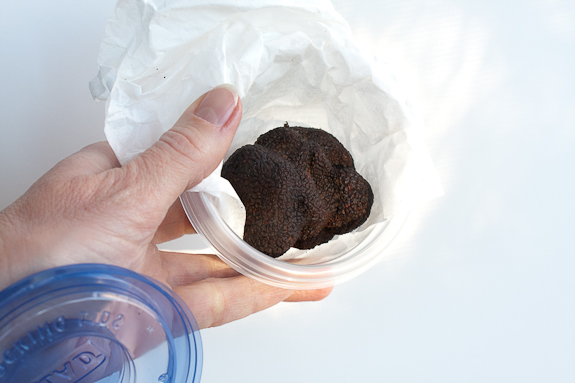 This is the Perigord Truffle we ordered.

Tom’s truffles have also gained favor with and been given accolades by some of America’s greatest chefs.  They have been used in the kitchens of Daniel (Daniel Boulud), Momofuku (David Chang), French Laundry (Thomas Keller), Canyon Kitchen (John Fleer), Restaurant Eugene (Linton Hopkins) and McCrady’s (Sean Brock), to name a few.

If you are not very familiar with truffles, here is a great article to explain some of the differences between truffles.  When you say the word “truffle”, I think most people think of the black truffle from the Périgord region of Southwest France (Tuber Melanosporum).  This is the prized truffle that has been considered a delicacy in French dining for many years.  This is the truffle that Tom is growing in Tennessee. 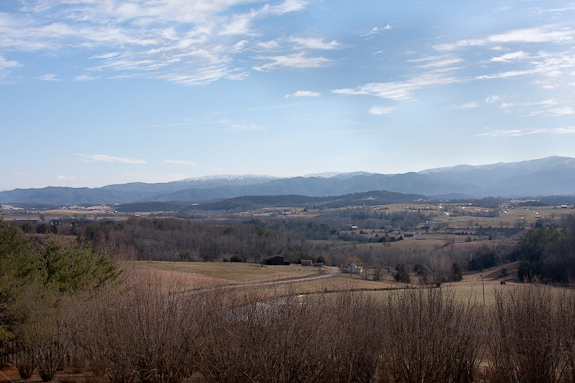 The view over the farm from Tom’s back door.

Many states are trying to get into the truffle business.  Tom told us that Oregon is one state that has been producing “semi-wild” truffles for some time now in forestry lands replanted with Douglas fir and other economically valuable species.  The interesting fact is that over the years the truffles will produce more revenue from the ecosystem than the trees themselves. 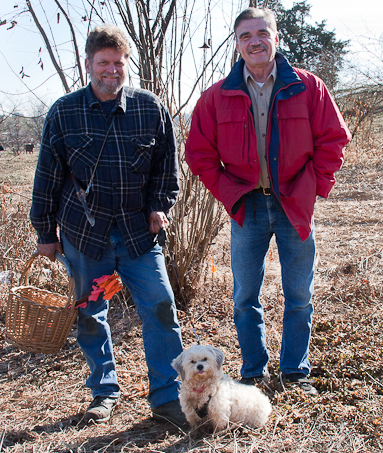 Tom, Stuart and Daisy getting ready to hunt for truffles.

Page: 1 2 3
We participate in the Amazon Services LLC Associates Program, an affiliate advertising program designed to provide a means for us to earn fees by linking to Amazon.com and affiliated sites.
posted on February 1, 2011 in Farms and Artisans, Side Dishes, The South, Travel
55 comments »