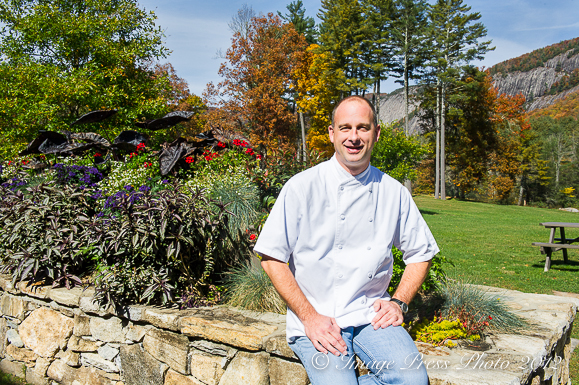 To quote Brigham Young – A good man, is a good man, whether in church, or out of it.

My husband and I traveled the back roads of Tennessee and North Carolina this year with the intent of writing a story about the best of the region’s food artisans and farmers.  While their stories were inspiring and we have already written several articles, there was a much larger and quite unexpected story that emerged.

There is a backstory in the culinary world about a chef that has quietly impacted the lives of so many chefs, farmers, and artisans in the Southeast.  In today’s culinary world dominated by chefs and individuals seeking recognition for their own work, Chef John Fleer has always been the spokesperson for others.  This is a story of how one individual can enter a person’s life, cause a turning point, inspire a career, create a new path, or accelerate the one they were on.

Fleer received his degree in the humanities from Duke University and was pursuing his master’s degree at the University of North Carolina with the plan to become a minister when his passion for Southern foods and cooking was ignited.  The food he experienced at Magnolia Grill in Durham, North Carolina the year he graduated from Duke “was fun food, interesting food, food I recognized, and I was blown away.”  This experience combined with an increasing interest in cooking eventually led him to an extreme shift in careers and to the Culinary Institute of America (CIA), trading in a pulpit’s robe for a chef’s jacket. 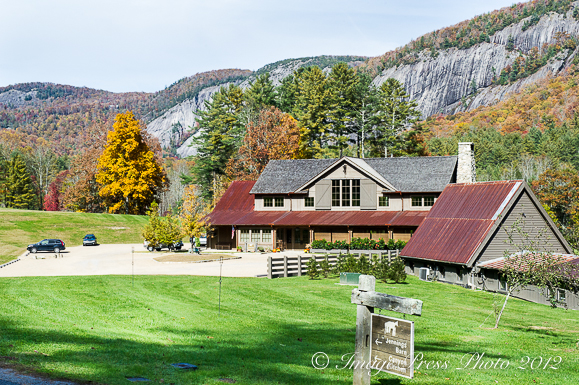 John Fleer was the executive chef at Blackberry Farm in Walland, Tennessee from 1992 to 2007 and has been the executive chef of Canyon Kitchen at Lonesome Valley in Cashiers, North Carolina since 2009.  Fleer joined Blackberry Farm after graduating from the CIA in 1992.  At that time, Blackberry was an upstart mountain retreat with an ambition to become one of the finest destination resorts in the United States.  Owner, Sandy Beall, upon hiring Fleer, charged the new chef to translate his vision for the property into a culinary vision and serve it on the plate.  Fleer’s focus was on rustic, yet refined, Southern cuisine.  He developed recipes that incorporated regional ingredients sourced primarily from the foothills of the Smoky Mountains and other parts of Appalachia. He called it, “Foothills Cuisine.”

“When I graduated from culinary school and went to Blackberry Farm I had Southern sensibilities. I wanted to do Southern food and to do Southern food, you have to have Southern ingredients.  It’s that simple.  You seek them out.”  Fleer would often visit local farms and markets in search of unique and extraordinary ingredients.  “My cooking reflects my heritage, but it also reflects some of the other things I have done in my life.”

Here are the stories of some of the lives and places that Fleer has touched as well as some of his culinary contributions.

Benton’s Smoky Mountain Country Hams is housed in a modest building on busy Highway 411 in Madisonville, Tennessee.  Entering the retail store, you are instantly taken back to the 1960s as the establishment has changed little over the years.  The air is filled with the overwhelming smoky aroma of cured meat.  It is from this small building that Benton’s prized hams and bacon are smoked, aged, and shipped to chefs across America.  It is also where locals come to shop, chat, and see friends.  Allan Benton, who has become known as the king of bacon told us, “I can promise you that no one would have ever heard of me if John had not started using my products.  John singlehandedly changed my life and got my name out there to chefs.  I would not be in business without him.” 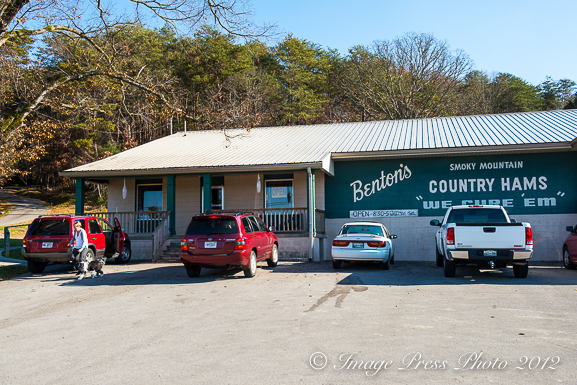 Fleer modestly added, “My relationship with Allan is longer than with anyone else and goes back to the beginning at Blackberry Farm.  Allan will remember that first telephone call.  I called to talk to him about his product and place an order.  He was so impressed that there were other uses for his ham besides serving it for breakfast.  He used to have a covered pick-up truck and would deliver to Cracker Barrel-like places in Gatlinburg.  Blackberry was on the way, so he could deliver.  To this day, he cures his meats and does business the old-fashioned way.  He continues to use his old rotary phone.” 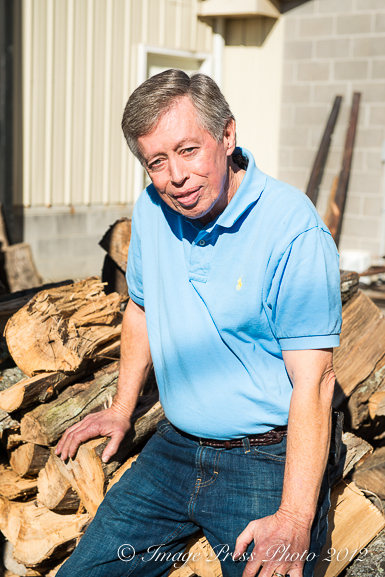 “I was trying to sell twelve-month hams for the same price others were selling eighty-day hams in Gatlinburg and I was literally starving,” Allan told us.  “When John started using my product and sharing it with some of the best chefs in the country visiting Blackberry Farm, these chefs would get home and my phone would be ringing and asking, ‘Can you sell me this?’ ”

Early in his tenure at Blackberry Farm, and as part of Fleer’s culinary vision for the property, he invited guest chefs from around the country to cook with him.  “They were the chefs I wanted to meet and work with,”  he said.  While they were in town, Fleer introduced them to and had them work with Benton’s products and those of other regional producers, including Muddy Pond Sorghum, Sunburst Trout, and Tennessee Truffles.  “The chefs would also see the walk-in and the pantry.  We all peer into each other’s closets, so to speak, to see what tricks and products we are using.  One of the biggest things was the buttermilk from Cruze Farm.  ‘You don’t use Sealtest?  What the heck is this?’ they would ask.”

As a token of appreciation for their time spent at Blackberry Farm, the visiting chefs were given gift packages of local products like Benton’s Country Ham or bacon and small jugs of Muddy Pond Sorghum, taking these products far beyond the foothills of Tennessee.