Gwen and I recently returned from a trip where I fulfilled a lifelong goal of visiting the beaches of Normandy and the fortified bunkers of Pointe du Hoc. How fitting that it started to rain as we arrived. We imagined the U.S Army Ranger Assault Group of 225 men scaling the cliffs on ropes that were slippery and wet from rain and their knives plunged deep into the cliff to hoist themselves in their mission to destroy the Howitzers and anti-aircraft guns that protected the beaches from ocean attack. Ninety Rangers survived with only 20 able to continue the fight once Pointe du Hoc was taken. 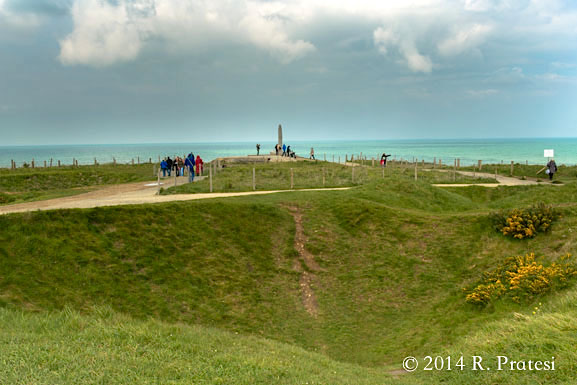 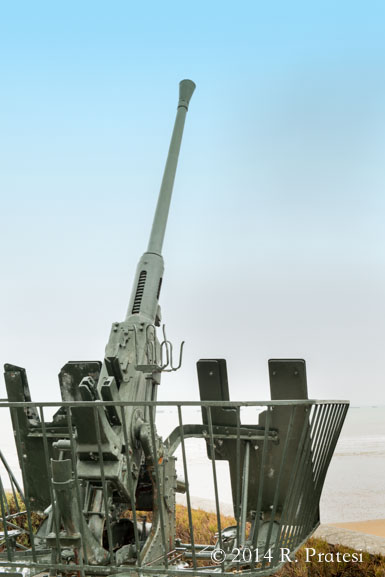 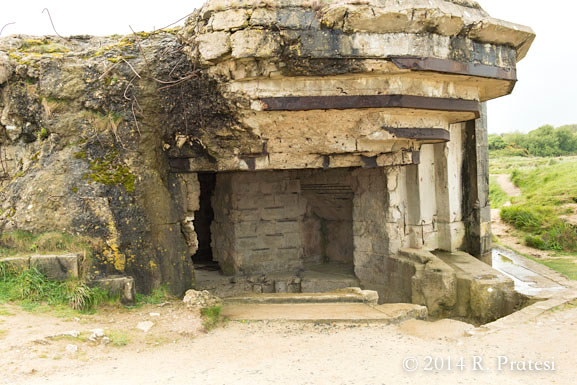 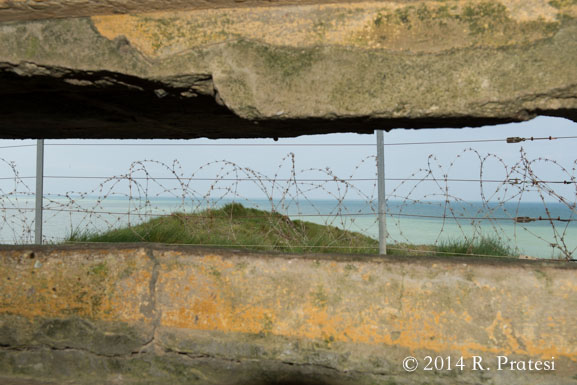 We visited the American Cemetery at Omaha Beach in Colleville-sur-Mer, Normandy, France. I walked the rows of crosses and the Stars of David to mark the graves of 9,386 fallen WW II American soldiers. I wept at the marker of each of the unknown soldiers, “Here rests in honored glory a comrade in arms known but to God,” and placed a flower at the foot of one of the crosses.

Unknown Soldier at The American Cemetery

I was overcome with emotion at the sight of the cross with the sand of Omaha Beach embedded in the letters of Billie D. Harris, who died July 17, 1944, and the stone and pinecone resting on the Star of David of Herbert Becker, July 23, 1944. I did find solace in the inscription at the memorial, “Think not only upon their passing. Remember the glory of their spirit.” While most, like my father, were conscripts fighting a war they didn’t want, it was a time that honored the men and women for the sacrifice that they all knew was awaiting their service. 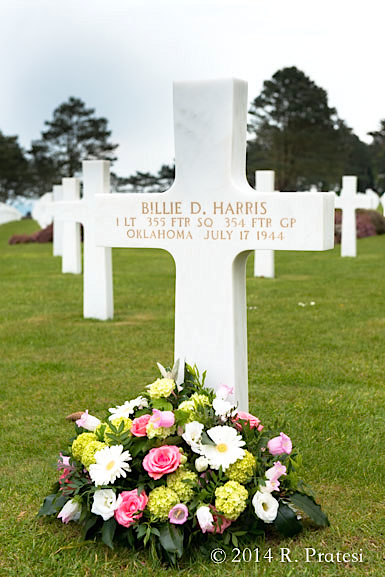 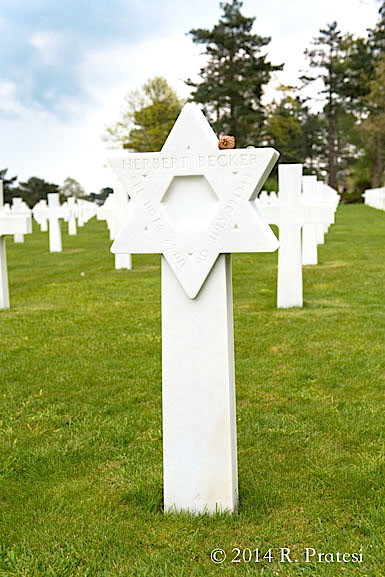 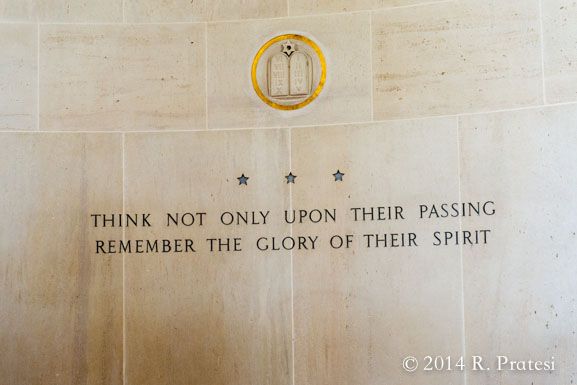 There is no question that these images bring sorrow, but I have also watched the French celebrate Liberation Day as they march through their town streets with flags of France and the United States enthusiastically waved. I’ve seen the resiliency of the Jewish people and the reconciliation of nations as war ends and life goes on.

It’s interesting how we approach a lifelong goal with one objective, in my case to see where my parents met, and understand a little of their experience, and walk away with a far more meaningful understanding of life and the need to stand up for principles and values.  And, while it’s important that we keep these memories as reminders of what could be, we must move forward, and not allow the past to define our future. 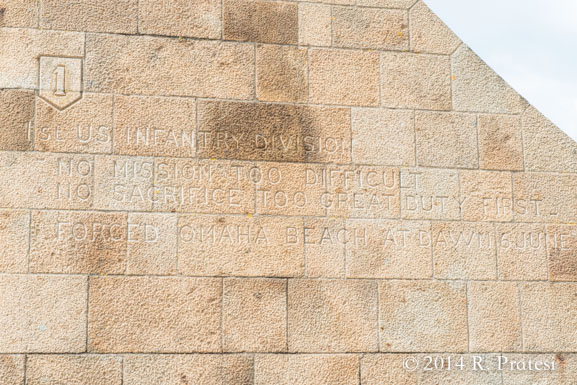 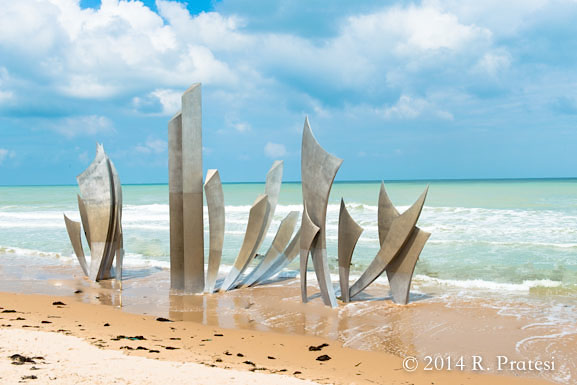 The memorial on Omaha Beach

Both of my parents are gone now. My father passed away thirty years ago and my mother, 13 years ago. There are approximately one million survivors of the 16 million men and women that served in WWII. Each day 555 more candles are extinguished and memories are lost. This year, the 8th Infantry Golden Arrow will host a reunion for the few that remain.  It proclaims on their website that this will most likely be their last reunion as their numbers have dwindled to just a few survivors. 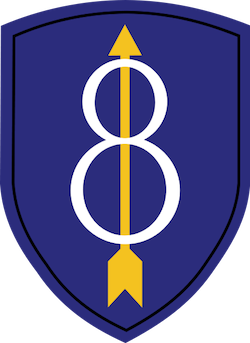 We all have much to be grateful for the sacrifices of “The Greatest Generation.”  Remember those brave men and women who fought in WWII on this, the 70th anniversary of the D-Day invasion. 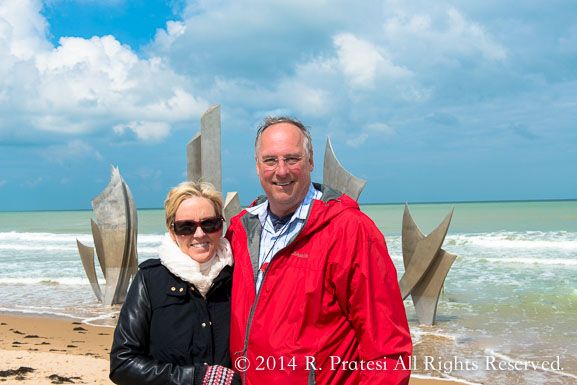 We participate in the Amazon Services LLC Associates Program, an affiliate advertising program designed to provide a means for us to earn fees by linking to Amazon.com and affiliated sites.
posted on June 6, 2014 in Cruises, Europe, Travel
5 comments »