Since we could not travel to Desert Rain Café, Mary brought some of the traditional dishes to us along with a bag of their hand harvested ingredients: brown and white Tepary beans; Saguaro syrup (Bahidaj Sitol); Chiltepin peppers; Cholla buds; and Saguaro seeds.  With limited quantities of the products available due to the ingredients being primarily wild, the labor intensive process it takes to harvest them, combined with the amount of raw ingredients that it takes to make the product (such as the Saguaro syrup), the prices of these ingredients were quite expensive.  However, the dishes we tasted were very flavorful with basic and simple preparation. 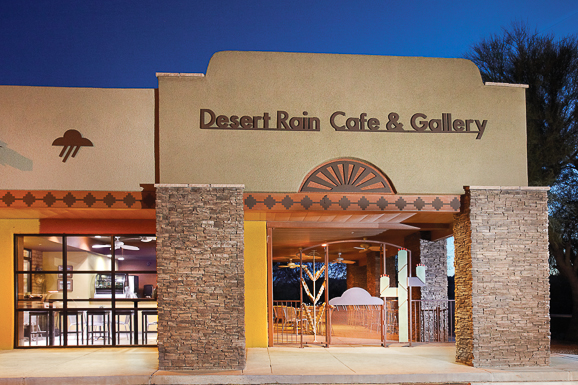 “The Tohono O’odham people ate very simple foods created with just water, the product, and spice from the Chiltepins.  There was sea salt gathered from Mexico, but not many herbs, “ Mary told us.  “It was basic, slow cooked food.  Sometimes there were meat bones or perhaps wild garlic or onions (we’re not sure if they were indigenous or not).  They did eat rabbit or deer.  They would also grind up Saguaro or Cholla as an additional nutrient or thickener.   They knew it would add flavor and nutrition.  There were so many things that were edible.  Cooking in ash, using traditional wood, has been found to add important minerals.” 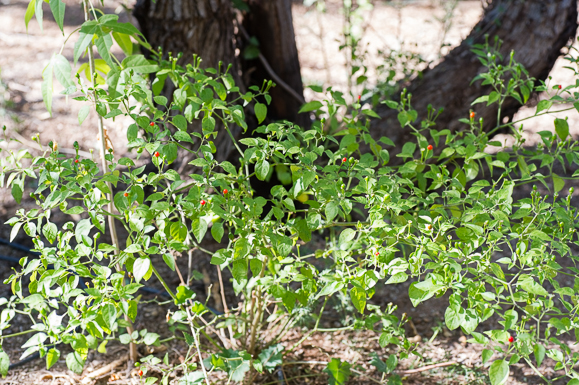 With the high cost of these basic ingredients, we knew there would not be a huge revival to the Native American foodways movement much beyond the community.  “These ingredients are hand harvested.  You can’t just start a Cholla bud farm and the Saguaro cactus have to be at least 70 years old before they grow an arm and that’s where the fruit comes from.  Some things are just meant to be in small quantities.” 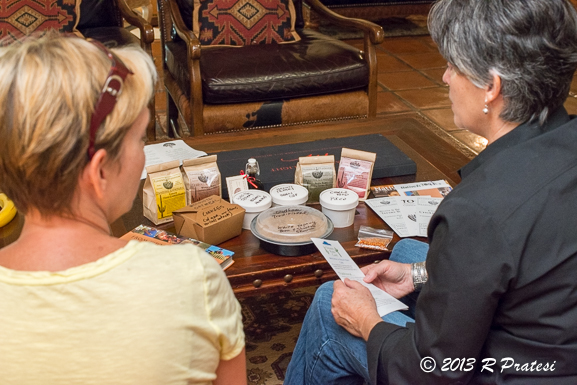 Small quantities and limited ingredients, yet a Native American restaurant is the only AAA Five Diamond and Forbes Five Star awarded restaurant in the state of Arizona and one of the best places to dine in The United States. We traveled to Chandler, Arizona to visit and dine at Kai to learn more about an award-winning chef’s philosophy when preparing indigenous Native American cuisine at this renowned restaurant at the Sheraton Wild Horse Pass Resort. 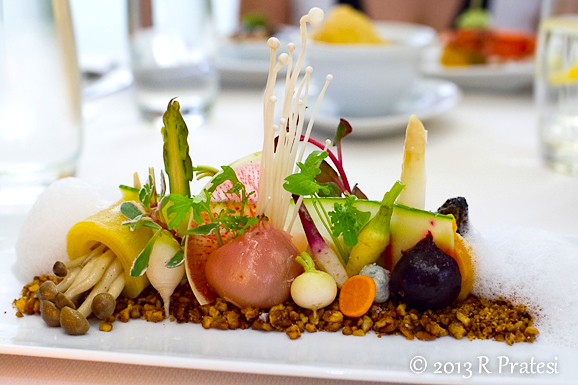 Kai (the word for “seed” in the Pima language), focuses on the foods and traditions of the Pima and Maricopa tribes.  Located in the Gila River Community (just a short drive from Phoenix), Chef de Cuisine Joshua Johnson, sources locally farmed ingredients from several Native American farmers, including their own Gila River Indian Community.  With world-class service and extraordinary culinary talent, Kai takes many of the traditional Native American foods and combines them with global influences to create stunning pieces of art on the plate and for the palate.  These beautiful dishes pay homage to the traditions of the tribes which have inspired the restaurant and it’s menu. 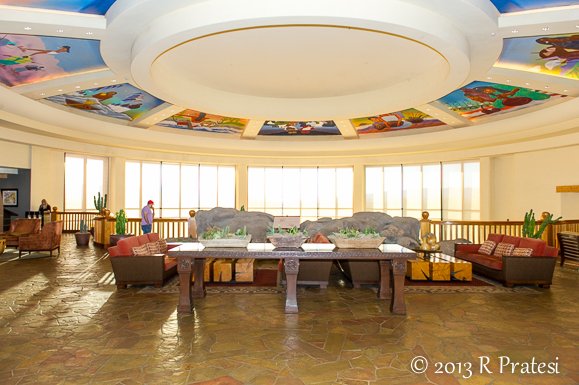 Lobby area outside of Kai 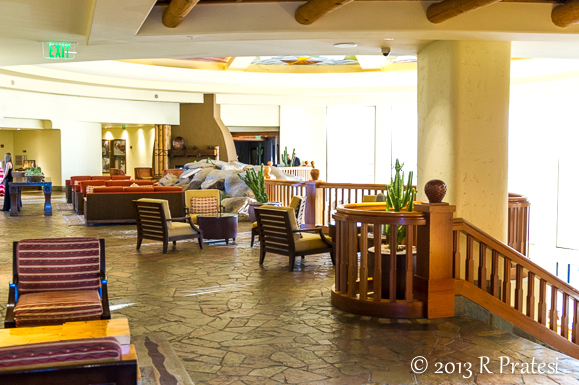 Another view of the lobby 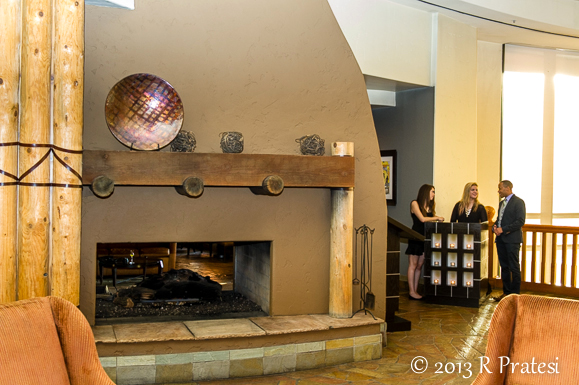 Working with as many as thirty to forty elders over his seven years at Kai, Chef Joshua has a deep respect for the Native American culture and foods.  “I’m trying to make great food every day at Kai.  The Native American people are very proud, so creating a full menu with limited ingredients and a limited source for those ingredients is a challenge.  With these products, I want old ways honored and I want people to think twice about how the original tribes did this and to pay respect to the way things were done in the past.” 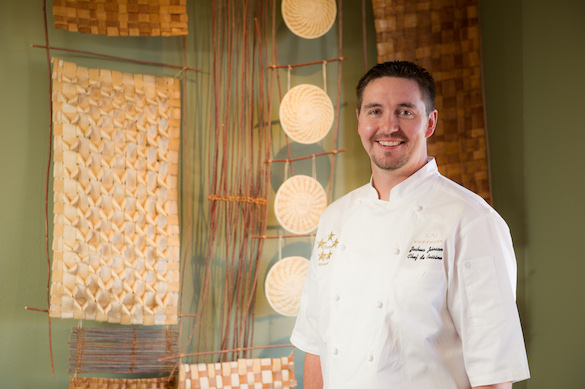 “There aren’t a lot of ingredients to source and at a Five Star, Five Diamond restaurant.  I can’t have Cholla buds in five dishes.  I maximize what I get from Native American and local farmers. I am using not only local ingredients, but I’m sourcing from local Native American farmers and producers,”  he told us.  “One dish on the new menu is dedicated entirely to Ramona Farms, who I’ve been working very closely with.  She has been a farmer for almost forty years in this valley.   I am using her Tepary beans, black eyed peas, and Giza, which is a smoked cracked corn.  It’s truly amazing.  It sits for sixty days releasing the milk and then is roasted over Mesquite overnight until it’s dry.” 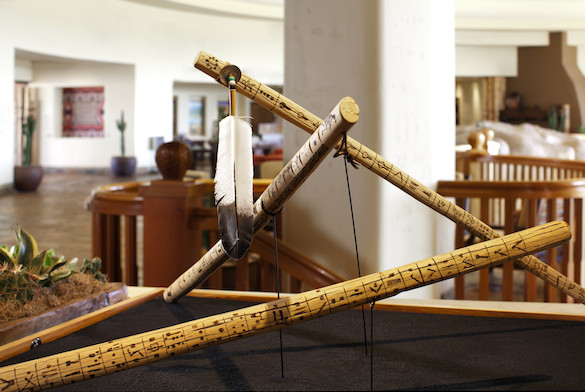 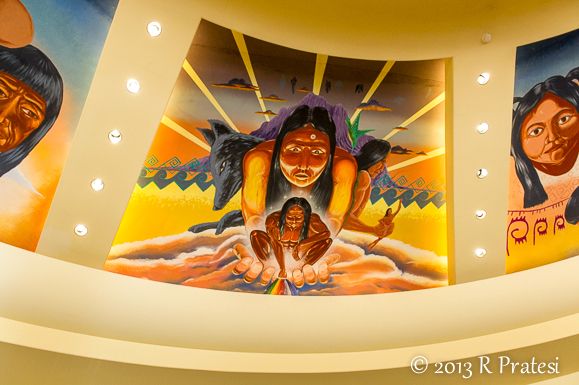 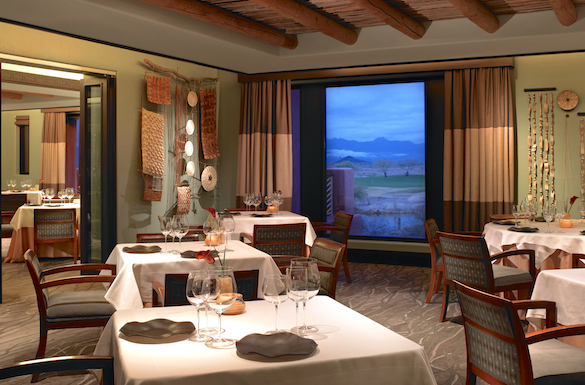