The Tohono O’odham Nation (formerly known as Papago Nation) is a Native American community located in the Sonoran Desert, about sixty miles west of Tucson.  The size of Connecticut, it is home to about 28,000 people, with some of its original lands extending into Mexico.  Mary has played an integral role collaborating with TOCA (Tohono O’odham Community Action) within the community to revive Native American foodways and traditions.  Over a seven year period Mary worked with one of the elders, Frances Manuel, to co-author the cookbook, From I’Itoi’s Garden, which highlights the foods of the Sonoran desert and the traditions around these ingredients.  TOCA is also teaching its members about self-sufficiency, farming practices, and focusing on cultural programs to revitalize and preserve the Tohono O’odham culture.  In addition, Mary was instrumental in opening Desert Rain Café, a project of TOCA.  This restaurant serves traditional and healthy Native American cuisine to the community and other customers. 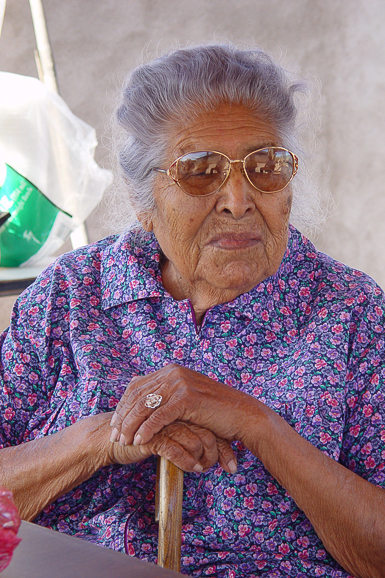 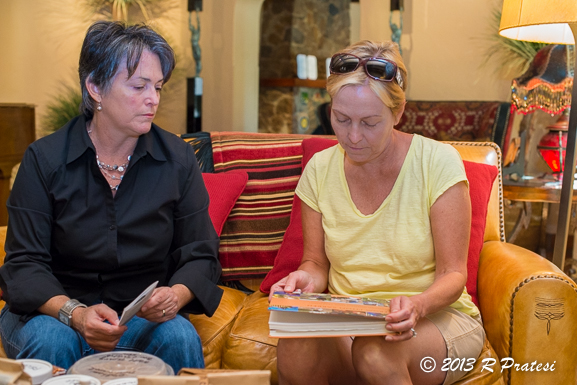 Looking at the cookbook From I’Itoi’s Garden

Working with the elders to learn about the traditional native and wild foods has been the best way to discover and preserve this knowledge to pass on to the younger generations.  Their combined information extends back over 150 years.  Many of the original foods, Mary told us, such as the Tepary bean, were wild, but are now cultivated.  A staple of the Tohono O’odham people (and other Native American communities), they are grown in two varieties, a brown and white bean, which are very different in flavor and texture.  High in protein, fiber, and nutrients, this is a primary source of food for the community.  When traditional ingredients such as Tepary beans or Cholla buds (harvested from the Cholla cactus) were the only foods that were consumed, there was never a problem with diabetes amongst Native Americans. 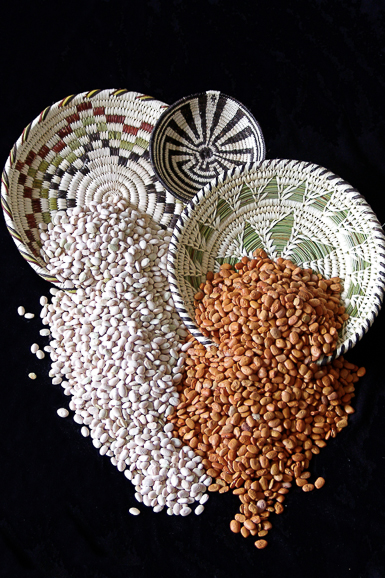 “The indigenous foods of the Sonoran Desert have a very low glycemic index,” Mary told us.  “Cholla buds are high in calcium and since there were no goats or cows for milk (which the Spanish brought over), these wild foods provided important dietary supplements naturally.  They were wild and hand harvested and due to their stickiness (with a consistency much like okra), they coat the stomach and prevent the blood sugar levels from going up.” 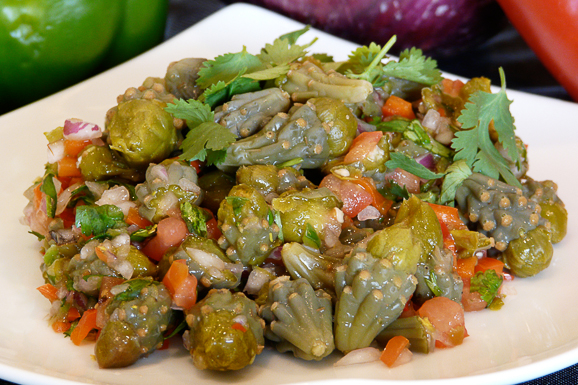 “The indigenous people were also very active.  There’s a lot of movement when you harvest wild foods.  The Saguaro cactus harvest takes place during the hot summer season.  Fifteen-foot poles made from the ribs of the cactus are used to harvest the fruit, one piece at a time.  The level of exercise contributed to the health of the tribes.”  She went on to say,  “Much of this history has been forgotten and now many people think of fry bread as a traditional Native American food.  This is not indigenous for any Native American community and was developed out of people being given commodity food including white flour, powdered milk, and oil.” 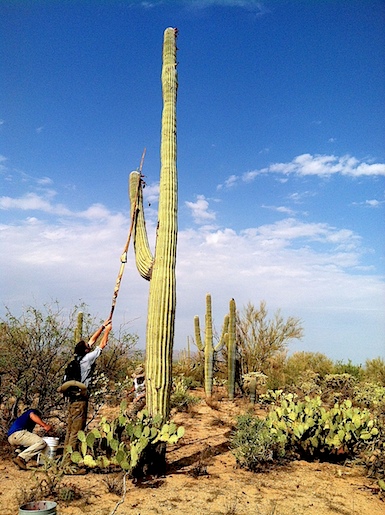 Saguaro harvest (Photo from the Internet)

Mary told us, “There’s a lot of misinformation and misconceptions out there.  In reality, there are a lot of wonderful things happening.  We are revitalizing the foods and wellness efforts and sharing what the true and indigenous foods really are.  Each community has its own truly indigenous foods that are unique to them.  It’s just like Italy; it’s very regional.  Each region has different ingredients and preparations.” 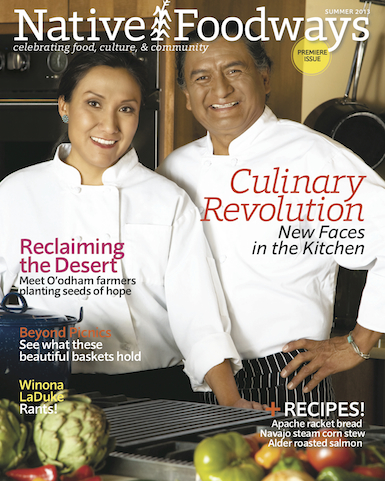