As everyone headed back to Louisville for our cooking demonstration with Chefs Anthony Lamas and Bobby Benjamin at Bourbon Barrel Foods with owner/artisan, Matt Jamie, the Kentucky sky was a brilliant blue and the temperatures had soared giving us that final taste of summer.  The weather could not have been more picture perfect. 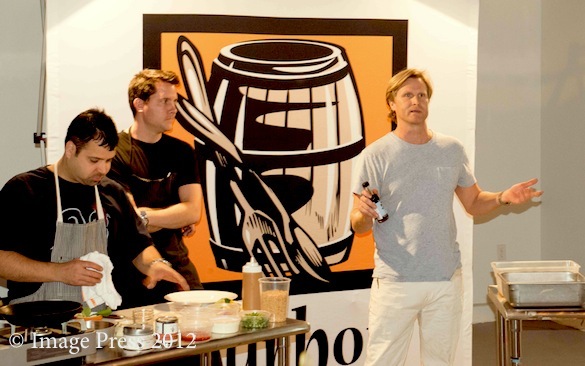 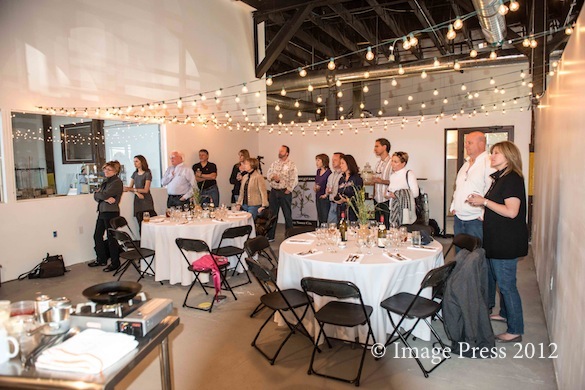 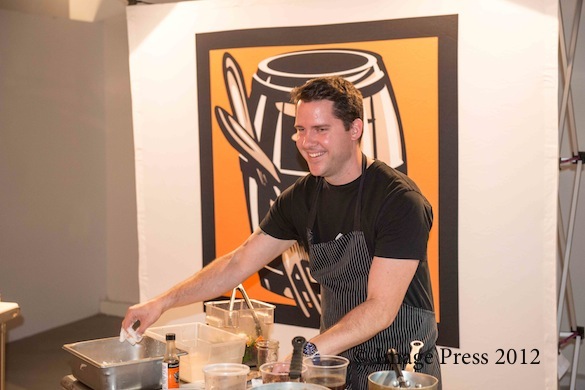 Entertaining us with a cooking demo, each chef prepared a main course dish, highlighting their own flavors.  Chef Lamas served perfectly seared Diver Scallops with a luscious Bluegrass Soy Red Chile Butter (prepared with Bluegrass Soy Sauce from Bourbon Barrel Foods ) complemented with toasted Macadamia nuts and rice.  Chef Benjamin brought us his unique version of Coq au Vin, Southern fried with grits and a rich, savory gravy made from veal stock.  Each course was accompanied by a white and red wine to pair with the flavors of the dishes. 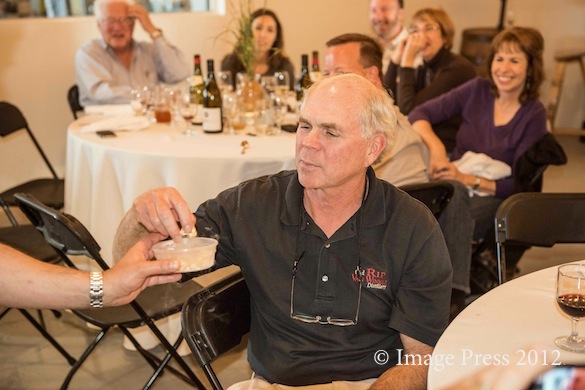 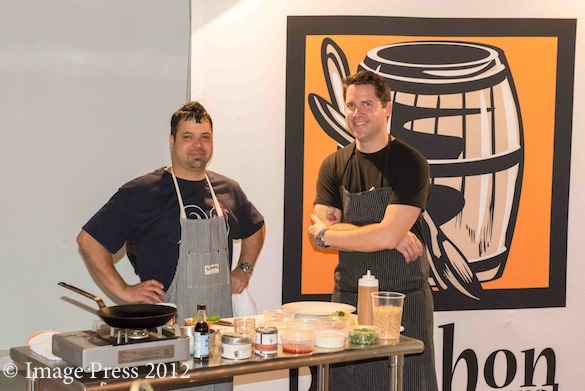 Chefs Lamas and Benjamin wowed our guests at lunch 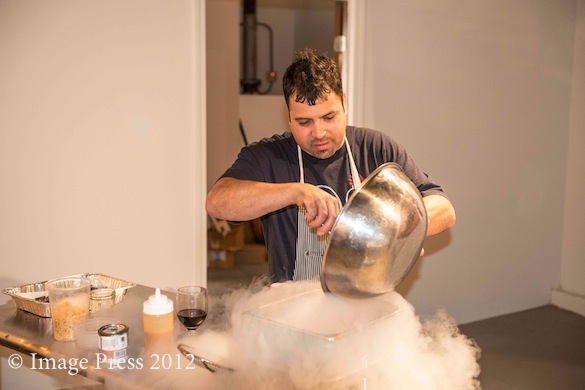 Julian Van Winkle joined us for lunch and was a willing participant to taste test the “molecular popcorn and caramel” prepared with liquid nitrogen by Chef Lamas.   An updated version of Banana Pudding, with both a French and Latin twist, combined Brûlée Bananas and Smoked Serrano with Bourbon Pecan Brittle for dessert. 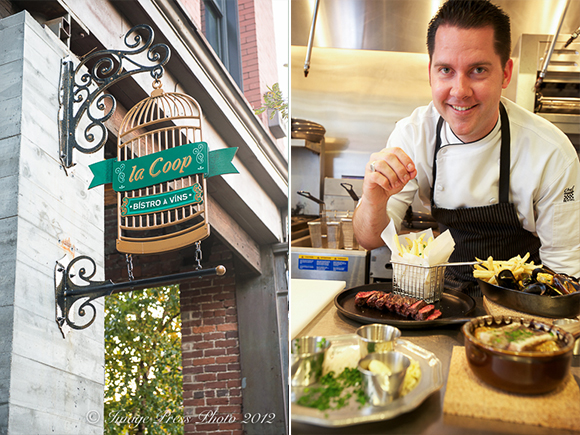 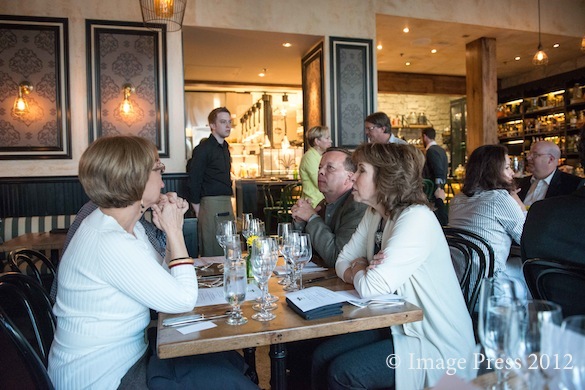 Following an afternoon break for our guests to see the city, or visit their pillow, we made our way to an eight-course French inspired tasting dinner with wine pairings at Chef Bobby Benjamin’s La Coop Bistro.   A newer restaurant in the NuLu section of town, Chef Benjamin is a rising star in the culinary scene of Louisville.  Benjamin and the culinary team at La Coop created a menu with eight inventive courses that showcased his French training. 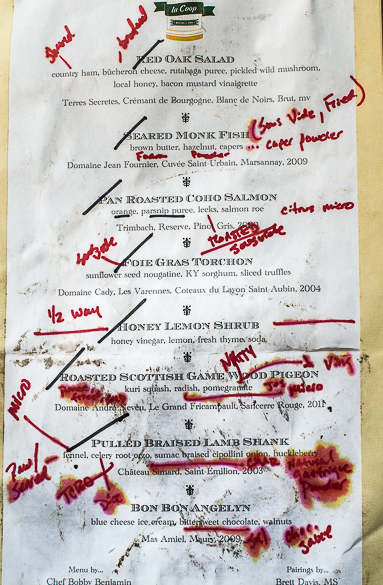