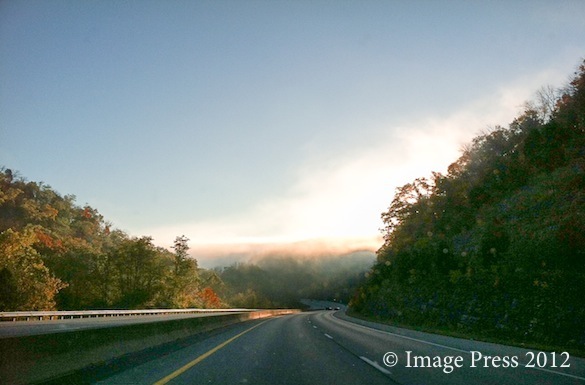 Fog over the Kentucky River headed to Frankfort, KY

The next morning we traveled from Louisville to Frankfort, Kentucky.  Our early morning travels provided stunning views of the colorful hills and the fog hovering over the Kentucky River before the warm Indian Summer sun set in for the day.  As our guests arrived for our tour of Buffalo Trace Distillery, home of Pappy Van Winkle and the Old Rip Van Winkle Distillery, they were reminiscing about last evening’s memorable dinner. 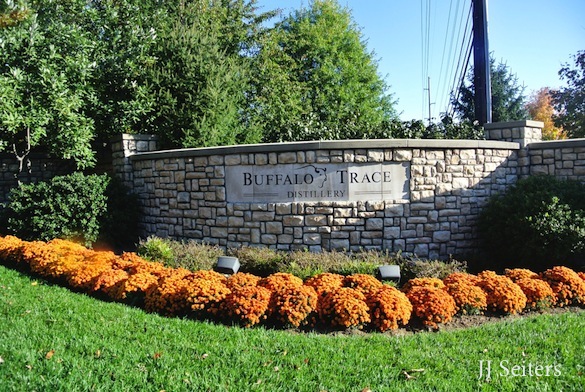 Arriving at Buffalo Trace Distillery where Pappy Van Winkle is made 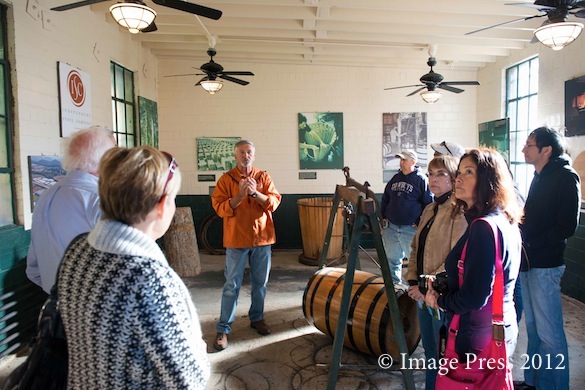 At the cooperage with our tour guide, Jim 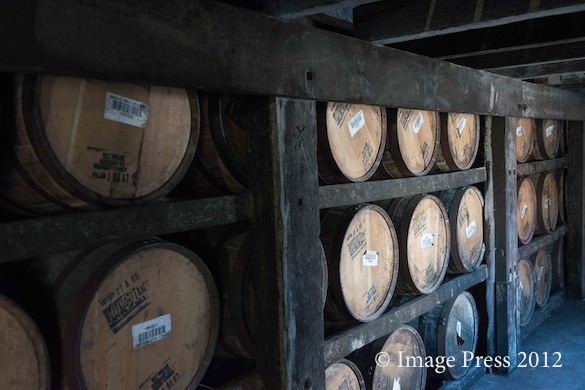 One of the warehouses at Buffalo Trace

Julian P. Van Winkle, III joined us for the tour of Buffalo Trace Distillery.  Our guide, Jim, provided us with a history of Frankfort, KY, the distillery, and the bourbon making process. We were taken to the cooperage where bourbon barrels were once made and the  warehouse where the barrels rest, filled with what is essentially white lightening before time and temperature changes transform it to liquid gold. As you wander the dark passageways, you can smell the “Angel’s Share” as it escapes from the barrels sending the sweet and smoky scent of bourbon into the air. 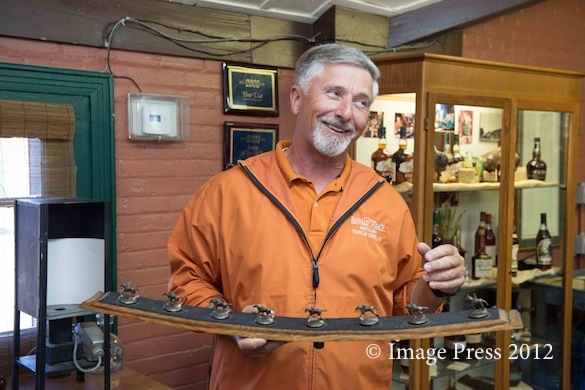 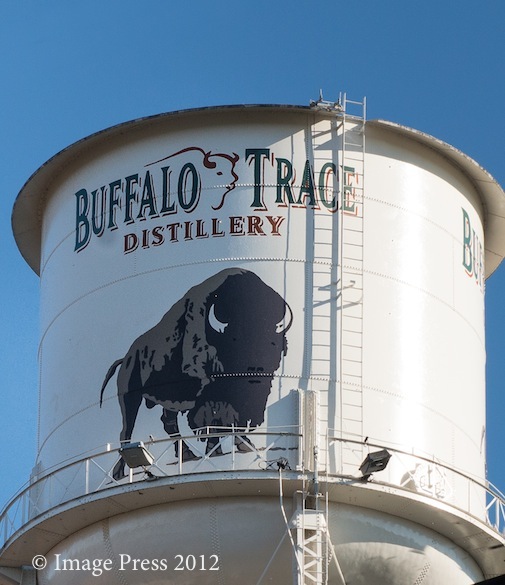 We also toured the bottling facility where the fine bourbons are placed in bottles and sealed for distribution.  Many of our guests had never been to a distillery before, so it was fascinating for them to see the entire process.  Julian said that even he learns something new every time he goes on the tour.  The formal tour ended with a tasting of several of the bourbons made at the distillery, always a nice way to start the second half of your day. 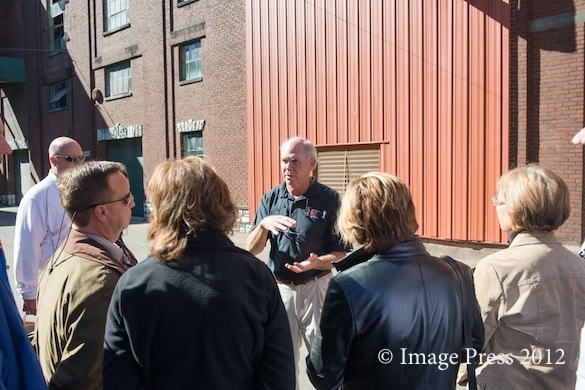 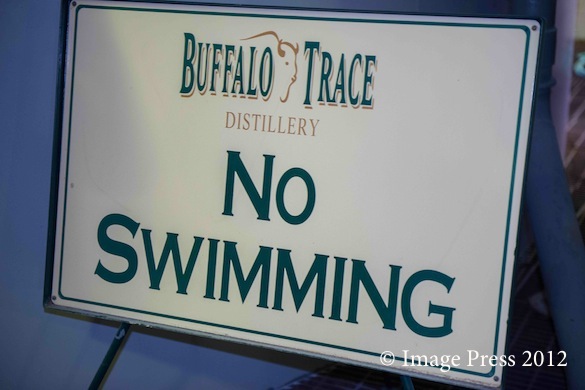 As other guests to the distillery were leaving, Julian collared our group and led us to other parts of the distillery not open to most visitors.   We toured the Mash House, where the corn arrives and is ground, mixed, cooked, and then placed in the vats and fermenters, beginning the time honored tradition and process of making bourbon.  The golden liquid mash slowly churned in the vats as the yeast worked its magic on the grains. The smell of the yeast and the sweetness of the corn filled the Mash House.  A sign by the 96,086.92 gallon fermenters stated,  “No Swimming.”  The question I had to ask was, “Why not?” 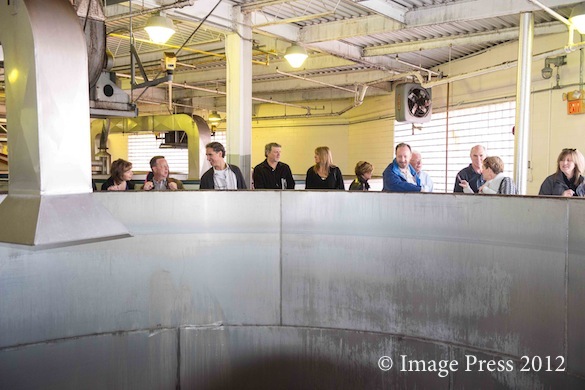 These fermenters each held 92,086.82 gallons of bourbon in the making

Each fermenter was filled with circulating sour mash or a different mix of ingredients (corn, wheat, barley, and rye) in varying amounts and different yeasts; each producing a distinct style of bourbon before it is sealed in oak barrels and laid to rest in the barrel house.