At some point along the way, the Cowpea (or Sea Island Red Pea, as it is known in South Carolina), finally made its way into the kitchens of the main house and someone tasted the combination of Carolina Gold Rice and the Red Pea and Hoppin’ John was born.  (That is one of the theories for the origin of the dish.) .  Unfortunately, as these ingredients disappeared over time, the authenticity of the dish was lost and white rice and black eyed peas were substituted in the dish.  That combination is very different.  It all goes back to the importance of the ingredients. 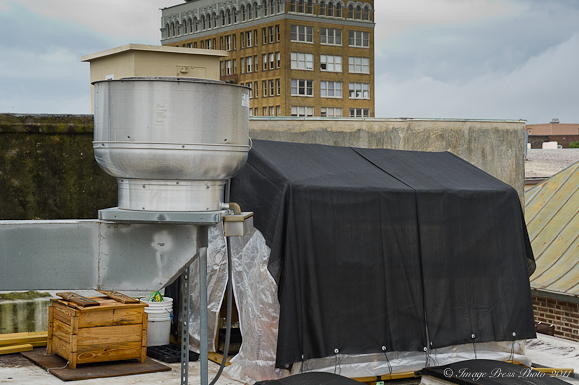 There is food everywhere at McCrady’s 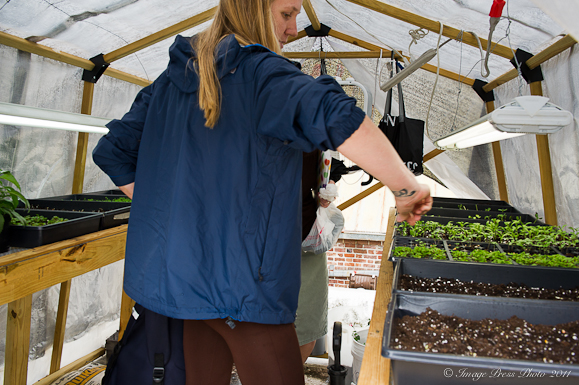 Including this rooftop garden

Brock refers to a book from the mid 1800’s,  A Philosophy of Taste, that is a cookbook of plants for farmers and cooks.  There are 26 varieties of cabbage listed in that book.  How many do we see at the grocery store today?  Maybe three or four?  “We have lost the plants and characteristics of our foods”. 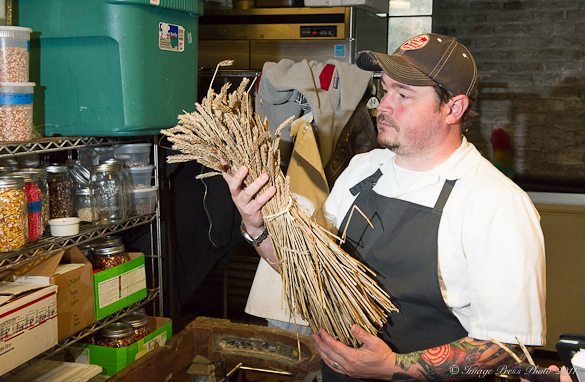 Chef Brock has been working with Glenn Roberts and Dr. David Shields of Anson Mills for several years to grow and preserve heirloom seeds.  He said that this work would not be possible without the help of Clemson University’s Dr. David Bradshaw.  He showed us his heirloom seed collection with some varieties preserved from hundreds of years ago.  There is even a Global Seed Vault in the Arctic, created to store these heirloom treasures, now with over 500,000 varieties preserved. 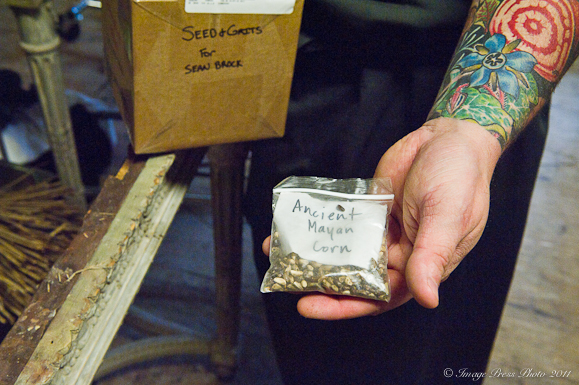 This is quite the find

Charleston’s Lowcountry cuisine is a product of its location and availability of foods that were grown at the time based on crop rotation (plants like corn, peas, rice, benne and okra are traditional ingredients).  You harvested what animals were around you (wild boar, alligator and rabbits) and fresh seafood.  The cuisine of Charleston has had its own voice and style since the late 1600’s with influences from Italy, Africa and France.  Brock and many of the Charleston chefs are working hard to recreate this style of cooking with authentic local ingredients and heirloom produce. 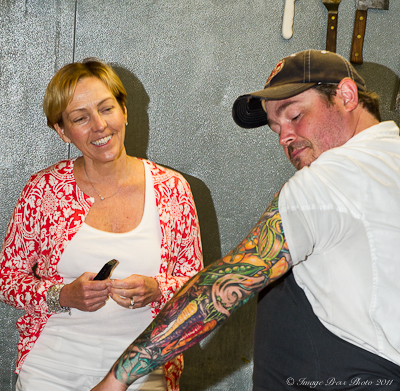 If you had asked Brock five years ago what he would be doing now, he said that it certainly would not be this.  Molecular gastronomy and the use of nitrogen in cooking played a large part in his cooking early on (and still does to some extent today).  Now this Chef is reaching back in history to create authentic dishes using heritage ingredients.  In fact, he is hoping to pick up wherever Glenn Roberts leaves off and wants to devote his life preserving heritage products at some point in the future. 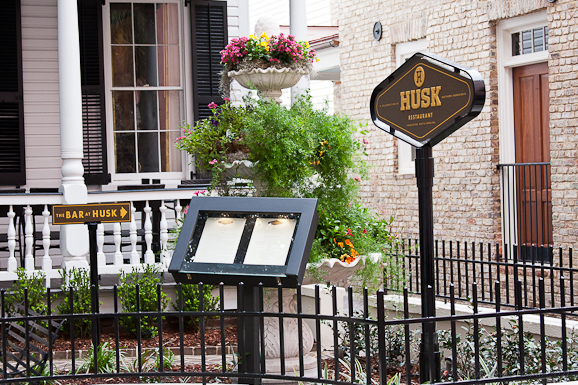 We headed over to Husk for a late lunch

This work does not end with heirloom plants.  He is also passionate about changing the way we treat our animals that become food on our table and is sourcing heritage breeds of livestock for his restaurants.  Brock has raised his own herd of pigs (treating them to chocolate and Fruit Loops from time to time).  He had a sleepless evening the night before they were dropped off for harvesting.  However, it was an incredibly proud moment to share them with his culinary team and ultimately, the guests at his restaurant. 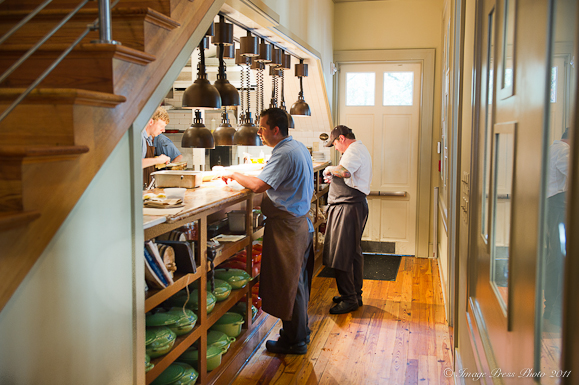 In front of the kitchen at Husk

The poultry industry is of particular concern to this chef.  It is appalling the way these animals are raised and treated.  “Every time you buy food, you cast a vote.  Here is my money, thank you so much for treating the chickens that way.  Keep on doing what you are doing.”  He said no one ever wants to see the videos about how the animals are raised and harvested, yet continue to eat certain products and brands.  “We have to fix it.  We have to stop talking and just do it”.

Brock wants to bring properly raised heritage breeds of poultry back into the kitchens.  “If the chefs cook it and taste the difference and write about it, it can change the industry.  We may pay more, but we have to say that is what I need to be cooking”. 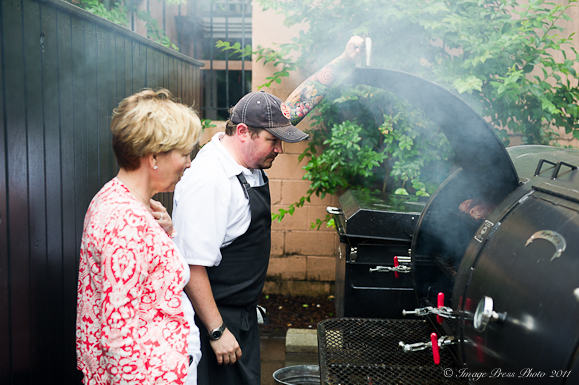 I had to try the smoked chicken after getting a whiff of this!