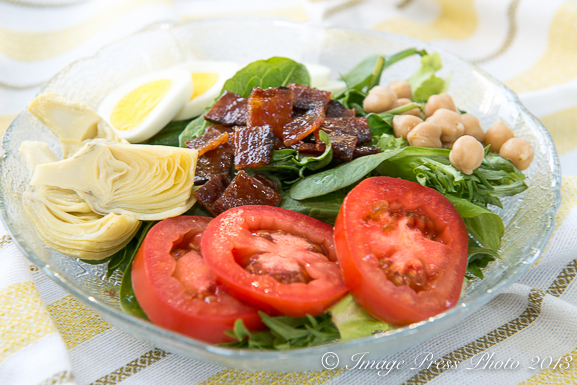 I’ve long said that if I were… given a choice of my last meal, it would be bacon and eggs. There are few sights that appeal to me more than the streaks of lean and fat in a good side of bacon, or the lovely round of pinkish meat framed in delicate white fat that is Canadian bacon. Nothing is quite as intoxicating as the smell of bacon frying in the morning, save perhaps the smell of coffee brewing. ~ James Beard (1903-1985)

Who doesn’t love bacon?  Vegetarians, perhaps, but the majority of us adore and crave this smoky and cured fatty meat prepared in countless ways.  Fried and served with eggs is certainly bacon in it’s purest form and one of the items that our weekend’s best breakfasts are made of, but there are multitudes of ways to serve and include bacon in your cooking.

I love bacon sautéed in a recipe, using the rendered fat to give a complexity and depth of flavor to hearty dishes and sauces.  When you’re not sure what that “particular” flavor is in a dish, many times it is bacon or pancetta that has been cooked long hours with the meats or poultry, liquids, and mirepoix.  Bacon is also the perfect addition when cooking vegetables, like braised brussel sprouts, lending them a richness and unctuous flavor.

So, if bacon is this good all by itself and in other dishes, why not dress it up a bit and make it the centerpiece of your meal?  Candied bacon with a sorghum glaze for sweetness combined with Bourbon Smoked Paprika for just a bit of heat.  Oh, my.  When this recipe gets around, we just might have that bacon shortage that everyone was talking about last Fall. 😉

Bourbon Barrel Foods is a small artisan specialty foods company located in Louisville, Kentucky.  We have known Matt Jamie, the owner and founder, for several years and worked with him on our last On The Road culinary adventures tour to Louisville with Julian P. Van Winkle, III (Pappy Van Winkle Bourbon) in October 2012.  He hosted our cooking demonstration and lunch with chefs Anthony Lamas (Seviche, A Latin Restaurant) and Bobby Benjamin (La Coop Bistro) at his warehouse facility in the Meat Packing District in downtown Louisville.  The chefs used several of his ingredients in preparing their dishes for our lunch. 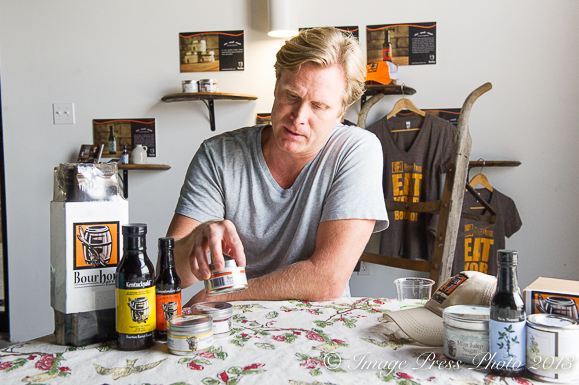 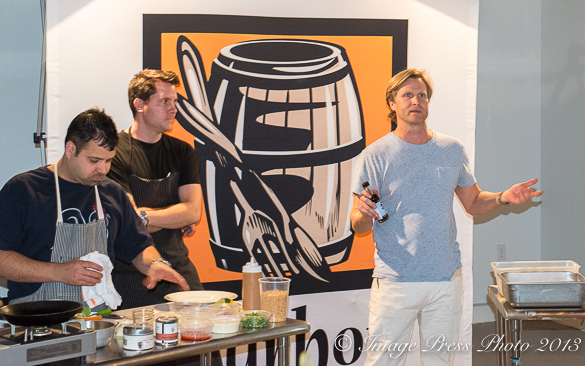 Matt is the only person in the United States fermenting and producing a small-batch soy sauce made from non-GMO soybeans grown locally in Kentucky.  Better yet, he ages it in used bourbon barrels to make his unique Bluegrass Soy Sauce.  Starting his company in 2006 with the idea of creating his small-batch soy sauce, Matt’s product line and business has expanded and he is now also the largest distributor in the United States of locally produced sorghum grown and made in Kentucky.

Focused on preserving and promoting local traditional ingredients, like sorghum, Matt has also created an entire specialty line of foods which include some of what Kentucky is best known for…Bourbon.  Almost all of his products include bourbon in some capacity.  Whether they are smoked with it, aged in bourbon barrels, or include a bit of this tasty libation, his gourmet food products represent the Bluegrass State well.  Bourbon Barrel Foods is appropriately named. 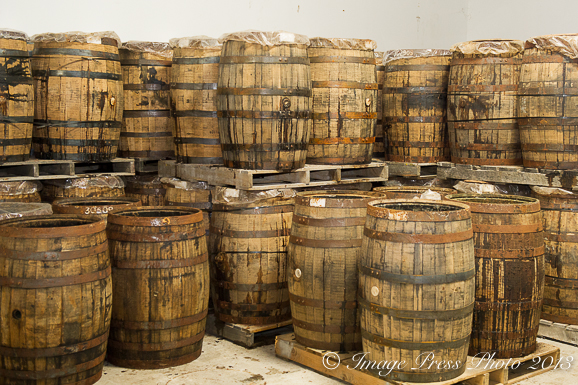 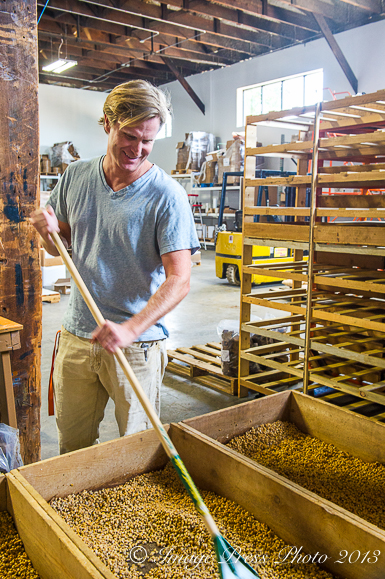 Matt Jamie at his warehouse facility in Louisville

Page: 1 2
We participate in the Amazon Services LLC Associates Program, an affiliate advertising program designed to provide a means for us to earn fees by linking to Amazon.com and affiliated sites.
posted on February 22, 2013 in Appetizers, Condiments, Recipes
4 comments »