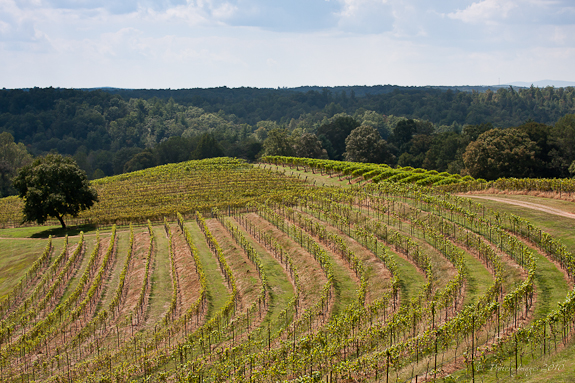 Rob took us on a tour of the main building and the winery. He told us that he was incredibly fortunate to have two very experienced winemakers. The master winemaker, or “Executive Chef” of the winery, is Stefano Salvini, who hails from the Campodelsole Winery in Bertinoro, Italy. The on-site winemaker (or “Sous Chef”), Maria Peterson, came to Montaluce after years of winemaking in some of the best wine regions of the world. 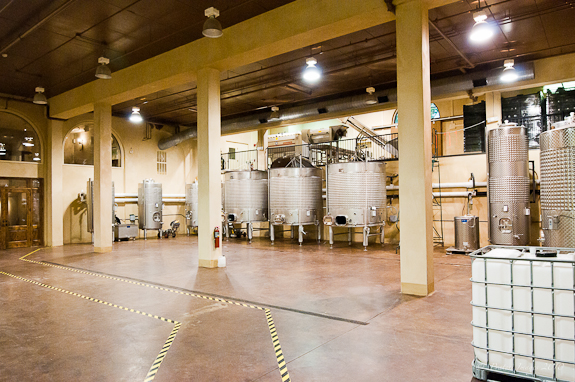 She worked at wineries in South Africa, France and Australia and also at Rutherford Hill in Napa. Rob said they were so fortunate to be able to hire Maria and only because she married a local Georgia boy. They would not have been able to hire someone of this caliber away from France or Australia. How lucky for them (and for us)! 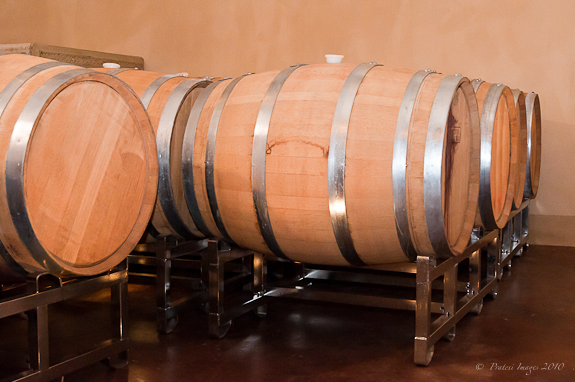 Montaluce produces nine different types of wine. The 2009 vintage (which is their second year of winemaking), was just bottled and yielded a total of 5,000 cases (60,000 bottles). Some of our favorites include the 2009 Risata, which is a Provençal-style Rosé, the 2009 Chardonnay (unoaked) and the 2008 Centurio, which is their Reserve Merlot. 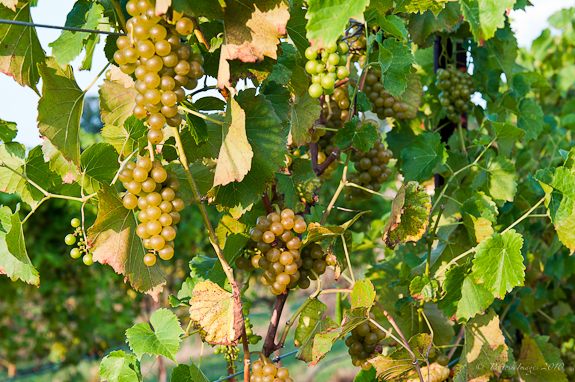 While lunching on the terrace in what felt like Tuscany, but in reality was Dahlonega (hey, I like pretending), Rob told us that building and owning a winery was something that he thought he would do later in life, but after visiting several of the local wineries and falling in love with the area on a weekend vacation, he moved that plan up by about ten years. 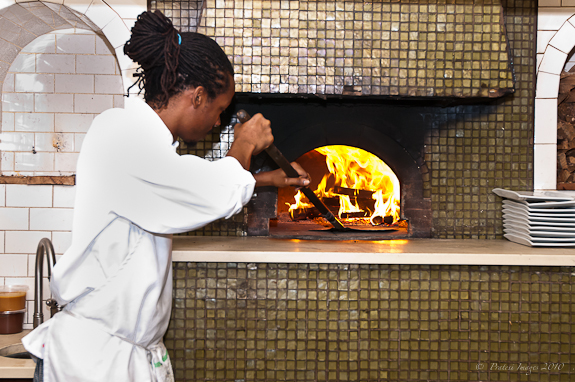 After looking at several properties in the mountains, they decided on the first one they saw, which is where Montaluce is today. When the Beecham family purchased the land in 2006, the housing market was booming.  The philosophy behind Montaluce was to offer luxury housing (with some full-time residents, but also second or vacation homes) along with a winery and a restaurant. 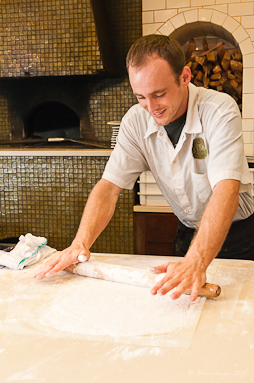 Sean McKnight is rolling the dough for their house-made Lavosh.

Shortly after opening Montaluce in 2008, the housing and financial markets crashed. Since then, selling property and new homes has essentially evaporated, so in order to survive, the original idea behind Montaluce had to change. Their primary focus is now on the winery and the restaurant. 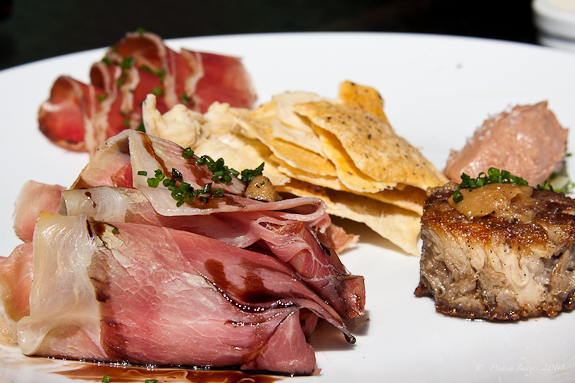 Rob told us that they are looking at building a hotel (with cottage-style bungalows) and a day spa on the property and turning Montaluce into a destination location. I would definitely go!  There is nothing quite like this that is only one hour away from Atlanta and Dahlonega is a quaint little town with interesting things to see and do. It is a great area if you love being outdoors. 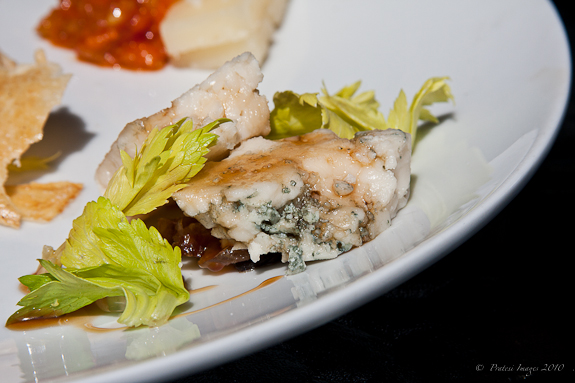 Page: 1 2 3 4
We participate in the Amazon Services LLC Associates Program, an affiliate advertising program designed to provide a means for us to earn fees by linking to Amazon.com and affiliated sites.
posted on October 21, 2010 in Main Dishes, Recipes, The South, Travel
38 comments »

END_OF_DOCUMENT_TOKEN_TO_BE_REPLACED

38 comments on “Montaluce Winery and Le Vigne Restaurant-Dahlonega, Georgia and a recipe for Berkshire Pork Meatballs”