The Nieuw Amsterdam was first launched from Venice on July 4, 2010.  This ship, named after New York City  (formerly called Nieuw Amsterdam), pays tribute to its namesake with its interior design and art collection.  Walking down the wood paneled halls surrounded by art and artifacts, you are transported back to a more elegant time. 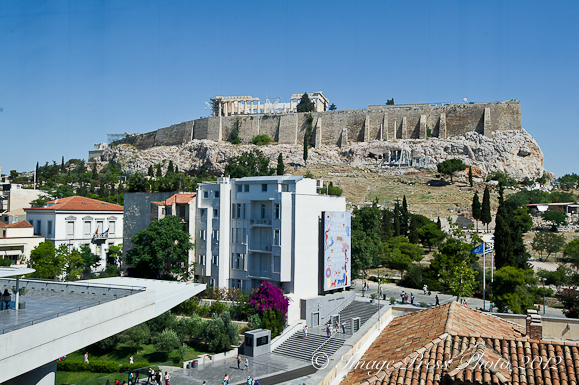 Beyond the ports of call of this cruise, we were also interested in the onboard culinary events.  Holland America Line has partnered with Food & Wine Magazine to bring their guests The Culinary Arts Center.  This state-of-the-art demonstration kitchen is host to cooking classes, chef demonstrations and wine seminars.  Many of their cruises have guest chefs.  There are also cocktail making classes and beer and wine tastings offered during the cruise. 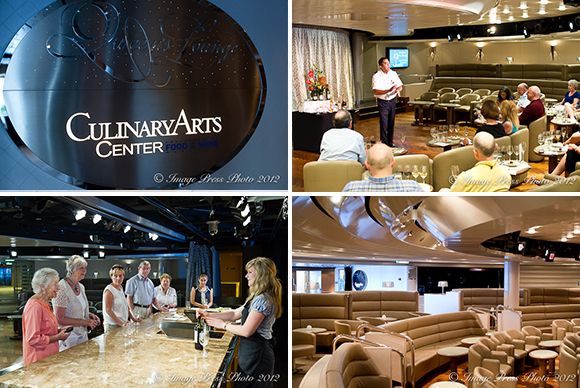 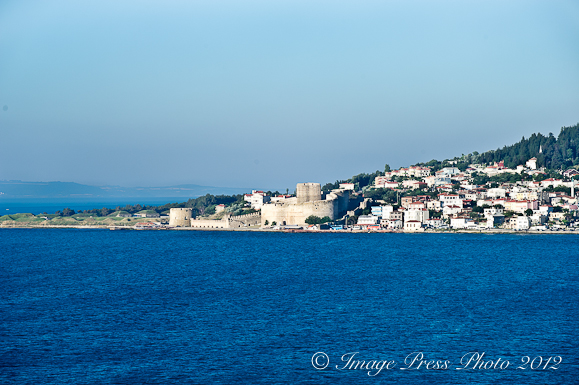 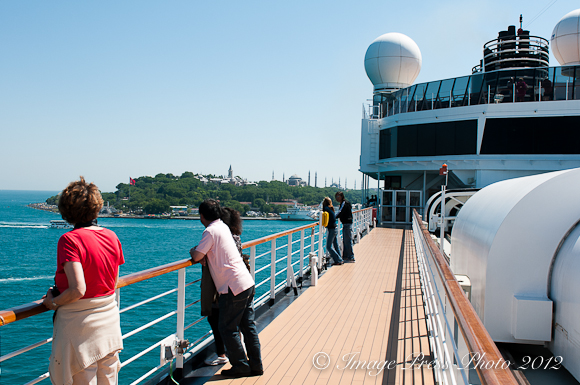 Arriving in Istanbul, Turkey in the Golden Horn

A trip of this nature offers great opportunities for beautiful photographs as well as learning more about the food cultures in these countries.  While seafood prominently appears on all menus, the spices and techniques of preparation and presentation were quite different.  With each destination, our senses were heightened by the sights, smells and sounds on the streets and in the markets. 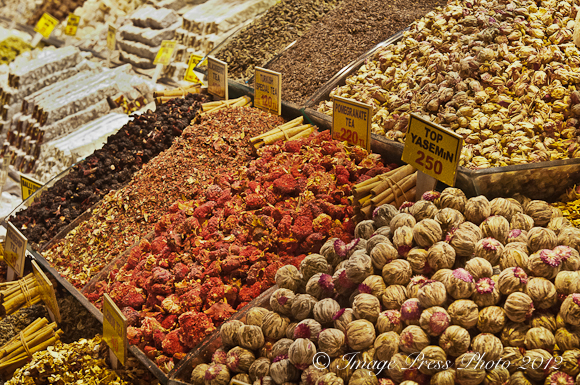 The Spice Market in Istanbul is fascinating 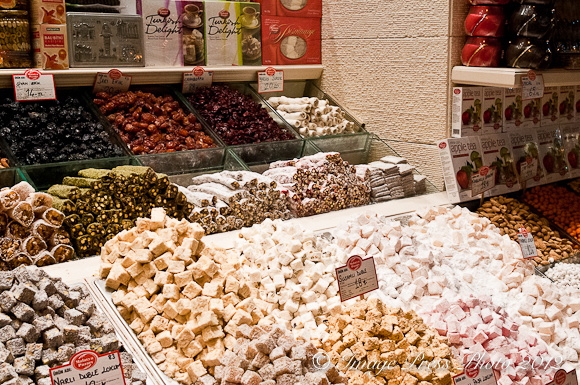 Walking through Split, Croatia to the fish market was invigorating as local fishmongers called out to customers to sell their daily catches.  We marveled at the “sea creatures”, many of which we have never seen before.  The beauty of the pedestrian walk with its cafés and outdoor diners enjoying their fare while overlooking the shimmering blue sea was a moment to remember. 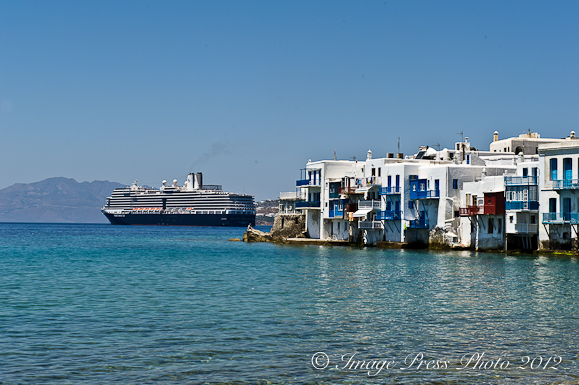 Each day brought opportunities to explore new and exciting places.  We visited historical sites, markets, enjoyed a local lunch and of course, spent time meeting and speaking with the people.  We would arrive back at the ship exhausted, but energized from a full day of sightseeing and our fill of the local food and spirits. 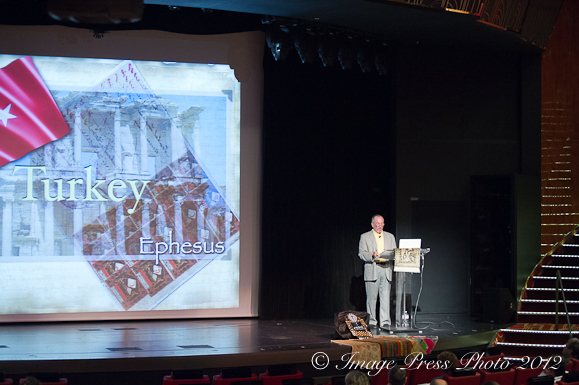 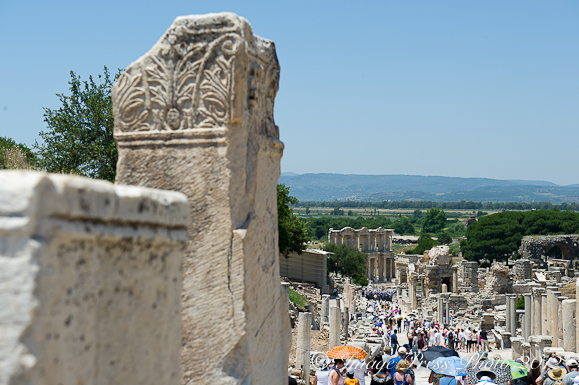 The ruins at Ephesus in Turkey.  An ancient Greek city and later a Roman city. 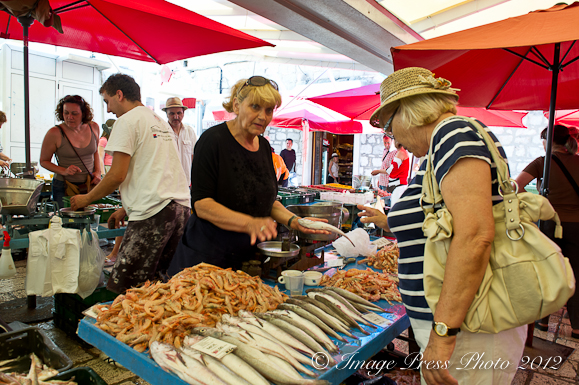 The sail away from each port provided an opportunity for the Executive Chef and his culinary team to showcase stunning buffets with foods representative of the port we had just visited.  This was often accompanied by local wines and music. 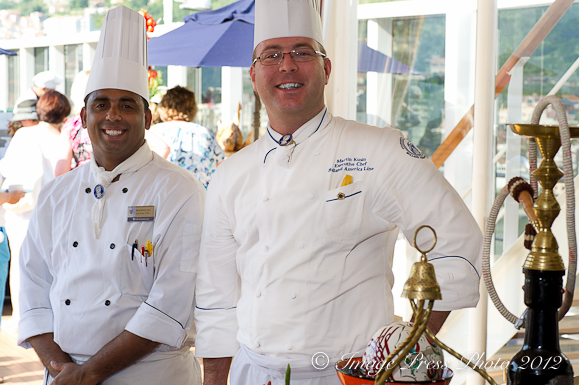 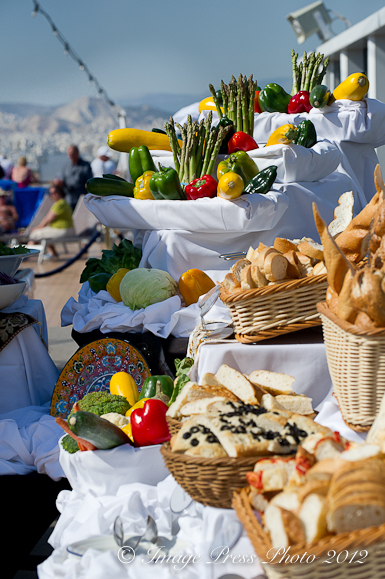 The displays were always very colorful 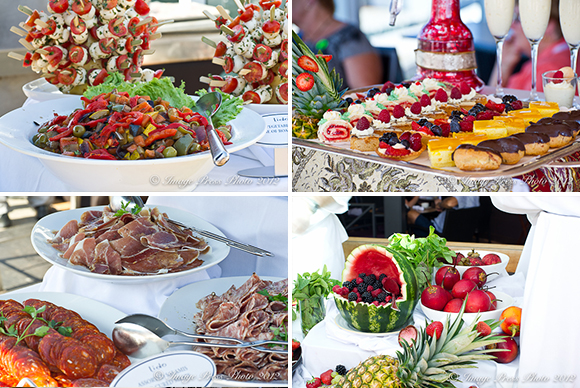 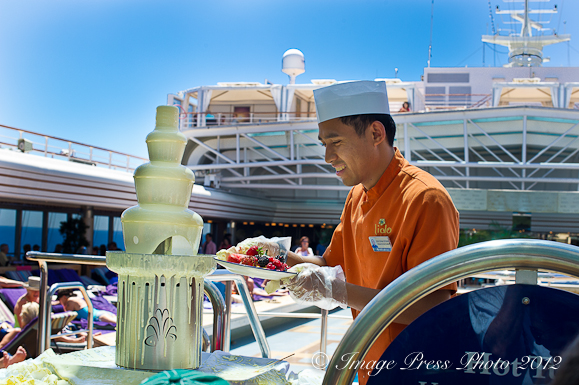 Page: 1 2 3
We participate in the Amazon Services LLC Associates Program, an affiliate advertising program designed to provide a means for us to earn fees by linking to Amazon.com and affiliated sites.
posted on July 20, 2012 in Cruises, Europe, Travel
10 comments »