While camping has never been my preferred method of overnight travel (and my neighbors chuckled when they saw the camping gear loaded up in our driveway), we set off to Virginia with an SUV filled to the brim with camping gear and provisions.  Armed with enough vittels, beer, wine, and bourbon to sustain far more than ourselves, we were prepared to tough it out for the duration of Lambstock, although we weren’t sure what the “duraton” would be.  We were one of the first to arrive along with the inaugural evening’s steady rain. 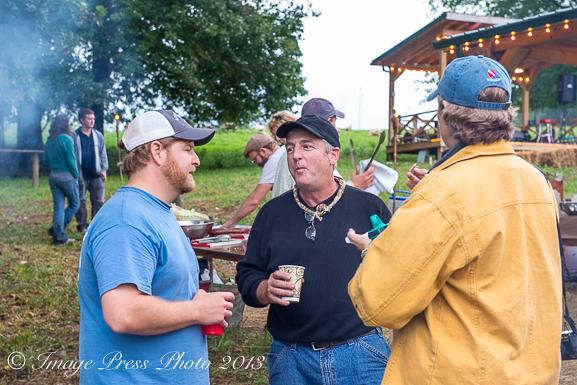 Some of us came prepared for the rain and cooler temperatures 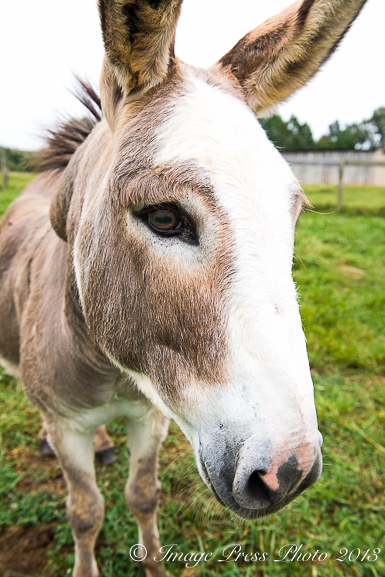 The farm animals enjoy the extra attention during the weekend

A trip to the local Wal-Mart for dry and warmer clothes, combined with some excellent Virginia wines, amazing food prepared by talented chefs, and camaraderie shared amongst friends, made the weekend’s wet weather seem not so bad after all.  It was certainly nothing a little bourbon couldn’t cure. 😉 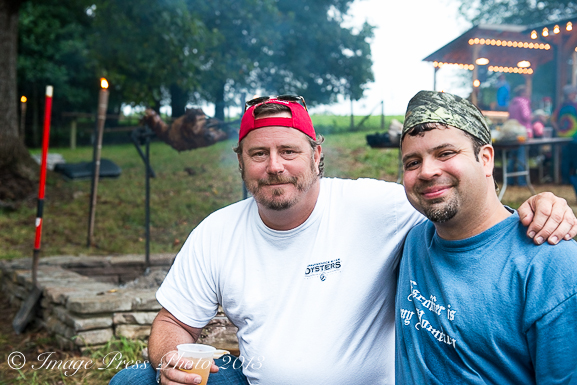 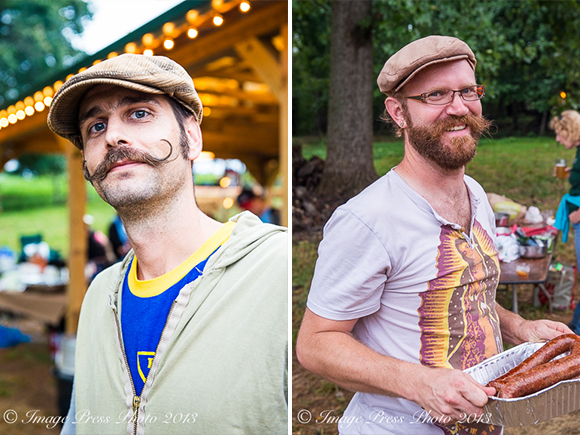 Chef Craig Deihl of Cypress in Charleston, known as the Mayor of Lambstock, for his tireless stoking of the fire and cooking whole animals all weekend,  prepared some of the best lamb and pork belly we’ve ever had.  All weekend long chefs manned the kitchen to feed the hungry campers between sets of music, Frisbee, a little drinking, and an occasional respite in the tent before the long evenings and often, early mornings, ahead. 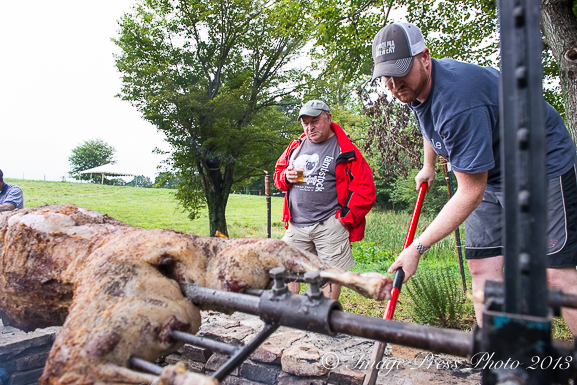 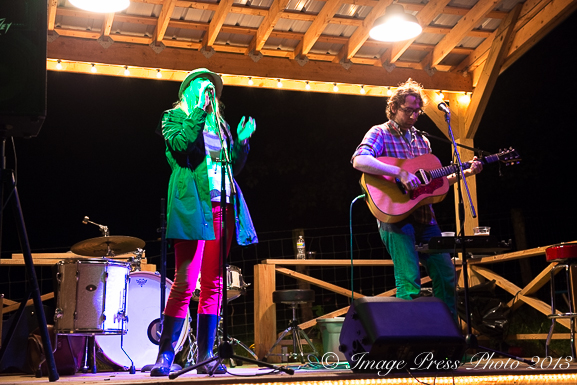 The brother and sister team  – Willie and Erin Breedings from Nashville, TN 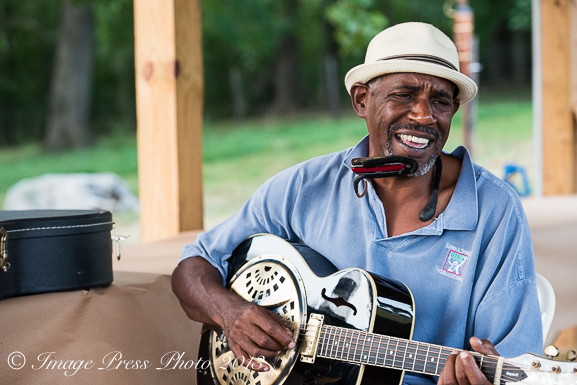 Les Moore serenaded us with some amazing music (watch the video)

Throughout the weekend, guests stopped by and others departed to make their way home in time to begin the week’s dinner service.  Others stayed for the long haul and as the beer and wine flowed freely (and there may have even been a bit of Moonshine from time to time), we all thanked Chef Anthony Lamas (Seviche, A Latin Restaurant in Louisville, Kentucky) for his spicy Posole, and what has become known as Latin hangover food.  As campers slowly made their way to breakfast, some regretting the late night and that last sip of bourbon, the Posole helped clear the mind and recuperate the body. 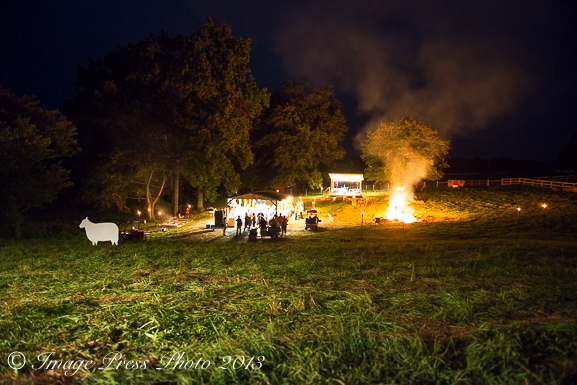 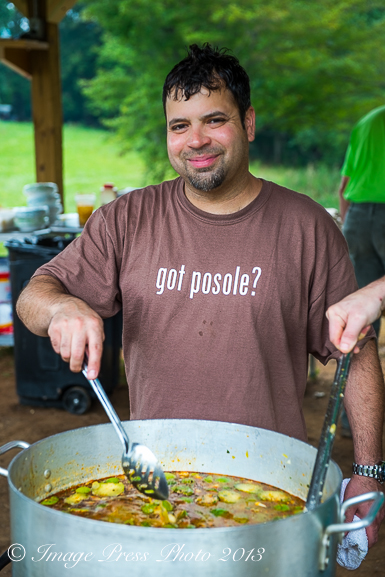 We all thanked Chef Lamas for the Posole 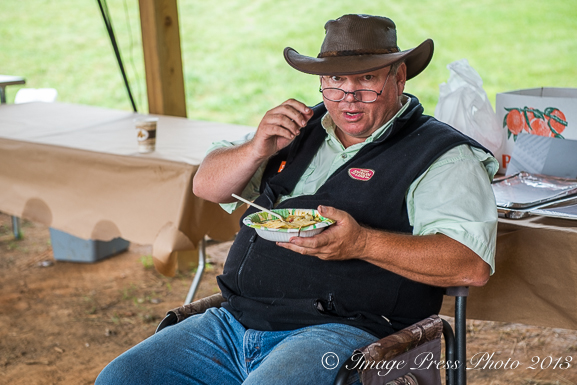 The Shepherd enjoyed his bowl of Posole, too

On the final day, we toured The Shepherd’s mountaintop where a flock of 1,200 of his sheep graze.  We were greeted by the Great Pyrenees as he stood guard over his flock as they came running up the mountain in search of their Shepherd.  Literally hundreds of sheep appeared and then turned and made their way back down toward the valley.  It was a spectacle that I will never forget.  The view was truly breathtaking as we looked out over the rolling hills and stunning scenery of Southern Virginia from high above. 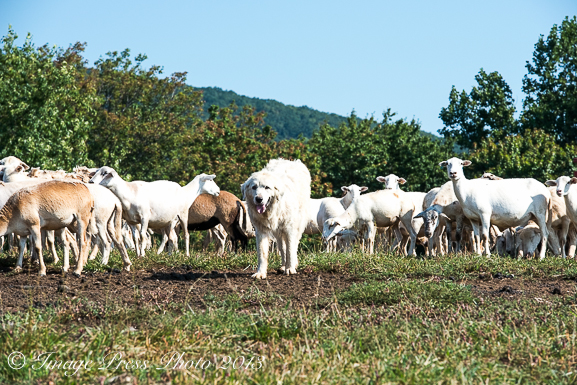 The rain had finally passed and the sun had come out to bid us farewell. 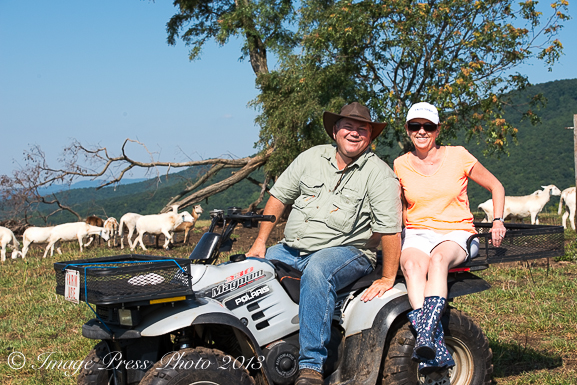 Farewell to the third year of Lambstock

This was the third year of Lambstock (2012).  Participation is by invitation.

We participate in the Amazon Services LLC Associates Program, an affiliate advertising program designed to provide a means for us to earn fees by linking to Amazon.com and affiliated sites.
posted on August 5, 2013 in Chef Interviews, Events, The South, Travel
4 comments »