Interview with Chef Craig Deihl of Cypress in Charleston, South Carolina and a recipe for Crisp Wasabi Tuna

When the media became aware of his Charcuterie and he began what is essentially a Charcuterie CSA (Community Supported Agriculture), the curiosity set in and everyone wanted to see what was going on at Cypress. Deihl says that he has devoted these last 4 1/2 years to not just doing Charcuterie, but doing it better than anyone else and he believes he has achieved that. Perhaps his place in the finals for the James Beard Foundation awards affirms that.

Chef Deihl was the first chef in over 100 years to cook the rare American Guinea Hog. As he says, fat is what makes food taste better and this particular type of heritage pig is quite fatty. 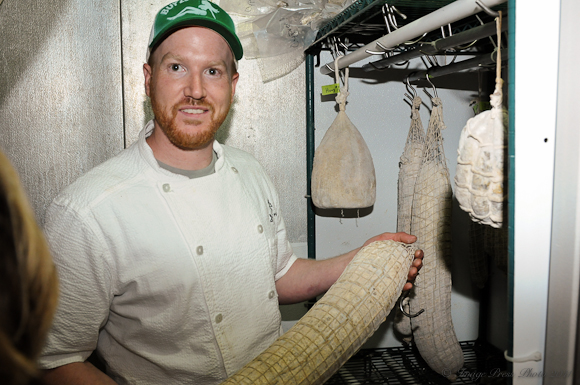 Charcuterie has become a real labor of love for this chef.

This chef believes that fat is also better in beef and makes guests happier when they have a great steak that is well marbled. Much of today’s grass fed beef is lacking that marbling and the taste is being rejected by many consumers. He says that we have lost the art of making truly good grass fed beef. Cows, when they are well-taken care of and fed long enough on rotated grass pastures to get inter-muscular marbling, will have a “heck of a steak that is hard to beat”. 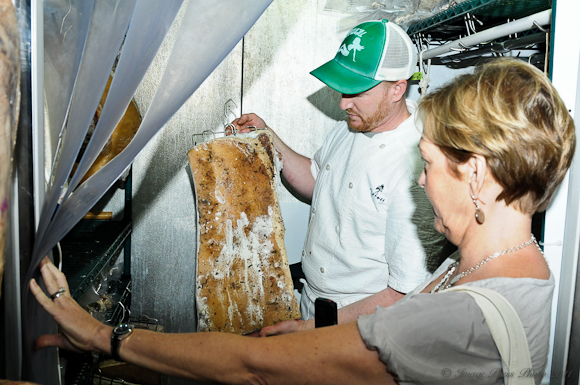 “Beef that was grass fed was originally meant to taste a bit gamey and was rich and robust and better for us. It treated our bodies better and was full of Omega-3 fatty acids”. Deihl also said that in braising these meats, the underused portions like shanks and bellies really shine. He thinks that we can certainly raise grass fed beef that will be acceptable to customers, but it will take more experimenting and longer feeding which will impact cost but improve taste. 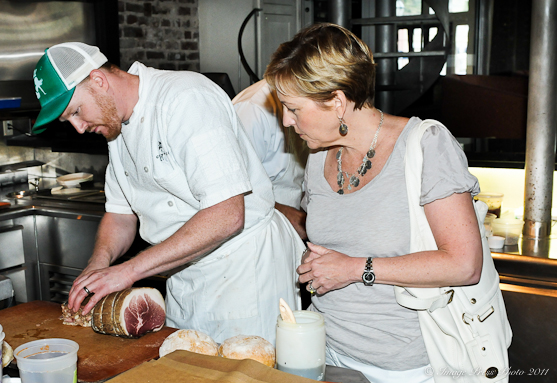 Can I have some? Please? 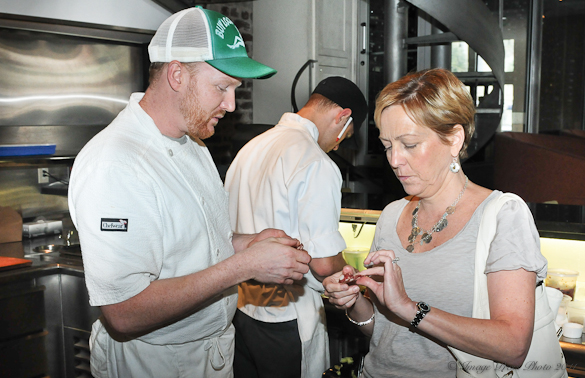 The fat tastes pretty good to me!

As a young boy that struggled with High School, Deihl takes his cooking and success very seriously and strives to be the best. He loves what he does and wants people to experience the joy that he has in creating what he calls “well crafted food”.  He says that they are really doing something special at Cypress, especially with the addition of the housemade Charcuterie.

“When the fork enters someone’s mouth, it should be an explosion of flavors and the delicateness should shine”. He calls his own cuisine Classic American with new a new fashion that is relatable to the guest. What we find unusual in his cooking is the different flavor combinations. He loves food with incredible flavors, especially Asian foods and influences. These have a rounded flavor profile – hot, sour, salty and sweet. He loves the addition of the “unami bomb” (or savory flavor) that is the fifth taste component. Shiitake mushrooms, soy, dry aged beef or a great Parmesan cheese in his dishes helps to create this last component. 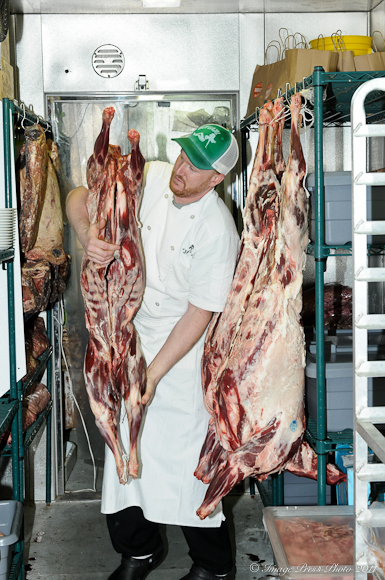 Chef Deihl and his team break down whole animals at Cypress

As with every chef we have met, consistency in the food and the service is the key to running a successful restaurant. An Executive Chef cannot always be in the restaurant 365 days a year, although many people have that perception. He said a great staff is critical so that everything runs smoothly and that every dish is prepared with consistency. With a staff of 12 chefs, creating and sustaining the team is a challenge. Diehl says that this becomes even more important as he anticipates being away from the restaurant more in the future. 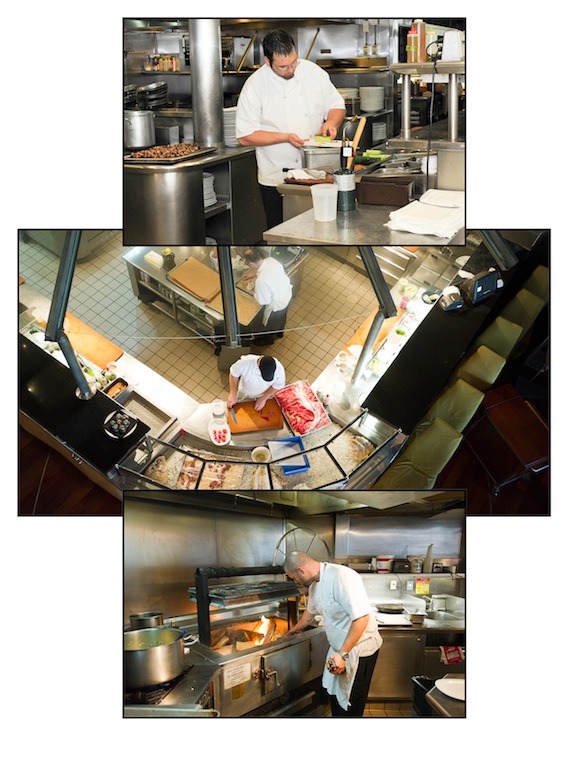 This chef says he has created “organized chaos” in his kitchen. He has a classic menu, a seasonal menu (that changes every 10 to 14 days), a bar menu and a Charcuterie program that is incredibly labor intensive. He comes up with the ideas and asks his staff of chefs to replicate it.

Page: 1 2 3
We participate in the Amazon Services LLC Associates Program, an affiliate advertising program designed to provide a means for us to earn fees by linking to Amazon.com and affiliated sites.
posted on May 18, 2011 in Chef Interviews, Main Dishes, Recipes
12 comments »

END_OF_DOCUMENT_TOKEN_TO_BE_REPLACED

12 comments on “Interview with Chef Craig Deihl of Cypress in Charleston, South Carolina and a recipe for Crisp Wasabi Tuna”