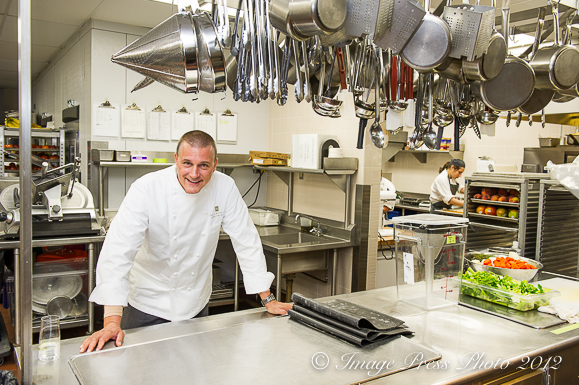 What I foresee is a more sophisticated, sexier South.  A little less pork and a healthier Southern cuisine. ~ Executive Chef Scott Crawford

Impassioned.  How many people do you know who love what they do and are completely devoted to their craft and to making it better?  Executive Chef Scott Crawford of The Umstead Hotel & Spa and Herons restaurant in Cary, North Carolina is impassioned.  He is committed to moving Southern cuisine to a new place; a more elegant version of what we think of as traditional Southern fare while preserving culinary technique and the fine dining experience. 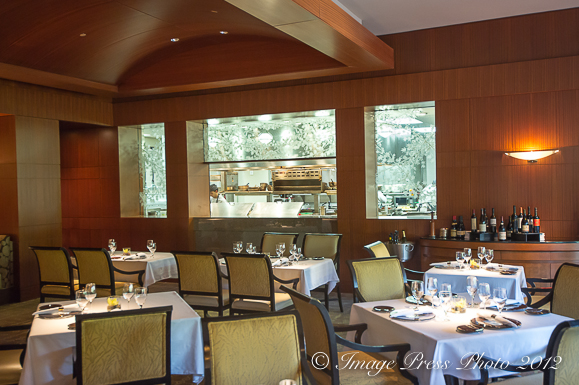 Having worked as a stagiaire (intern) at restaurants in San Francisco and then The Dining Room at The Ritz-Carlton, Buckhead in Atlanta (which closed in October 2009) under Executive Chef Bruno Menard, Crawford said that the time spent with Chef Menard was life changing in his culinary career.  “I haven’t looked at food or cooking in the same way since.  After that, it all came together for me.”

Since then, Chef Scott Crawford has worked at some of the most prestigious resorts in the South and has received numerous awards (Mobil Five Star, AAA Five Diamond, as well as James Beard Foundation nominations for Best Chef Southeast).  You can see Chef Crawford’s bio and accomplishments at the end of this article. 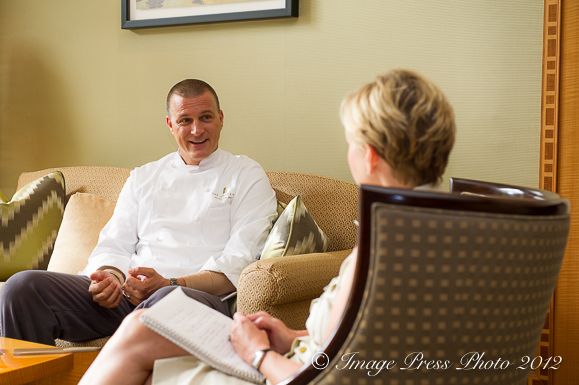 Meeting with Chef Scott Crawford at The Umstead Hotel & Spa

This summer, we had the opportunity to experience Chef Crawford’s cuisine when we dined at Herons.  It would be easy to write about the elegant and romantic atmosphere of the dining room  at Herons or the superior level of service, but what we really appreciated most was his culinary technique. Each dish was a stunning work of art and a celebration of a dining experience that seems to be vanishing.

With the change in lifestyles and food costs escalating, dining out has become more casual.  Chef Crawford agreed, “There is so much simplicity in our food (today).  I enjoy the value in it when I dine out, but we are losing technique.  I strongly believe in teaching culinary technique and embracing it.  Some people say we are trying to be pretentious or fancy, but we are just trying to be true to what we are doing, which is creating a special experience.”

“I have been cooking for twenty years and I have watched the game change, especially over the last ten years and dramatically over the last five.  Chefs that were doing this (fine dining) are now cooking burgers; it’s been interesting to watch.”  I asked when he first noticed the trend in the Southeast.  “I think it started with Guenther Seeger’s exit from Atlanta.  When I was working with Bruno at The Ritz, he took me to Guether’s and I was starstruck and amazed.  He touched every single detail of that restaurant.  When he left (December 2006), it was the beginning of the decline of fine dining.”  In a city that used to boast numerous fine dining restaurants, Atlanta now has two, Bacchanalia and Restaurant Eugene. 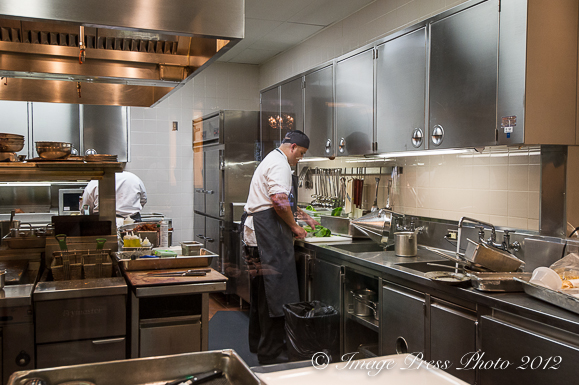 Herons was very busy the evening we were there and Crawford told us that they are full most nights.  “My goal is to preserve technique, fulfill the chefs, make guests happy, and hopefully receive some accolades in the process.”  With only two or three restaurants in North Carolina where you can have this type of dining experience, an evening at Herons is one to savor.  “When times were good, every city had fine dining.  In cities like New York there will always be enough people visiting and living in the city to support places like Jean-Georges, Per Se, and Le Bernardin.”  There are also a number of restaurants in New York and many other cities that are less formal in feel, however the food, atmosphere, and service might be called “refined dining.”

When we were talking about technique, I asked how prepared the young cooks or chefs are who either come from another restaurant or out of culinary school.  “Most come out of school not knowing much, although the schools tell them they do.  Classically trained chefs are a thing of the past.  Maybe five percent of their training is that now.  We tell them how difficult it is going to be and that they can’t stay out late every night and party with friends.  They need to be at their best every day.  It may look easy, but it’s not.  Three weeks later, they want out.  It is hard.”

“If you love it, it doesn’t seem as difficult.  For me, I don’t know anything else.  When people don’t want to participate in this kind of discipline in the kitchen, I don’t understand.  Those who get it, really get it.”  One of the interns that worked under Chef Crawford asked for his help to get a stage at restaurant Alinea in Chicago in order to work with renowned Chef Grant Achatz.  “I made the call and he worked 23 hours the first day and got the job.  After eight months, he is the Chef de Partie.  He had pure motivation and drive.  Twelve and a half hours seems like a lot here (Herons), but Alinea is insane.” 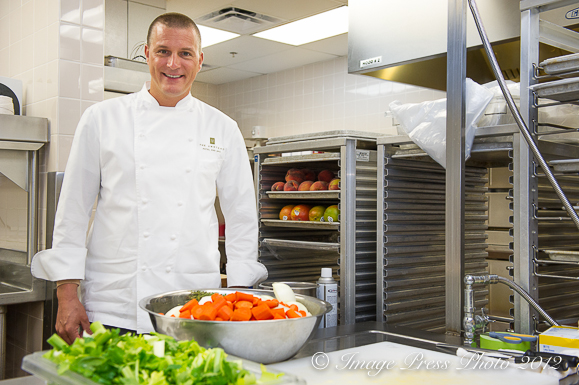 Committed to sourcing the best ingredients, Crawford’s produce was beautiful

As Executive Chef and Food and Beverage Director of The Umstead, how much time does Chef Crawford actually have to do what he loves the most?  “I can jump in and cook any time I want.  I just have to plan for it.  I spent six hours the other day making sauces.  I can still do it and need to do it.  I can get it and pick it right back up.  I plated with the Chef de Cuisine the other night and it was inspiring.” 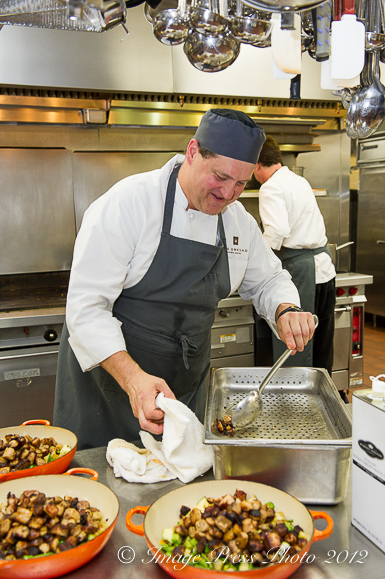 One of the chefs prepping at The Umstead Hotel

As a chef who has spent much of his life in highly acclaimed restaurants in the South, Chef Crawford’s thoughts and passion about the next trend in Southern cooking were intriguing.      “Things move fast and I have been trying to think about what the next ”big thing” will be.  What I foresee is a more sophisticated, sexier South.  A little less pork and a healthier Southern cuisine, if I have anything to do with it.  We have seen a whole lot of pork belly and a whole lot of gritty and dirty South and that’s fun and cool, but…I see a more sophisticated approach to Southern cuisine.”

Page: 1 2
We participate in the Amazon Services LLC Associates Program, an affiliate advertising program designed to provide a means for us to earn fees by linking to Amazon.com and affiliated sites.
posted on November 5, 2012 in Chef Interviews, Recipes, Soups and Salads
3 comments »