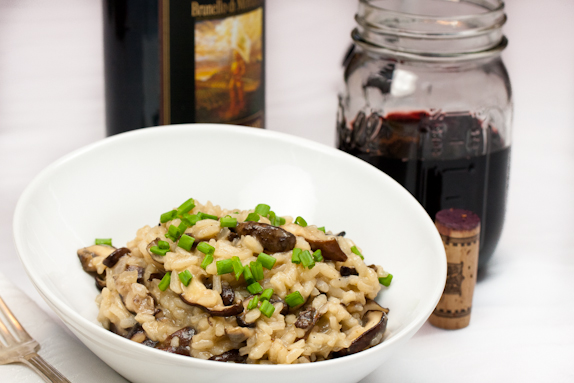 Roger and I were just a wee bit curious about mushrooms back a few months ago.   was looking for some wild mushrooms to make a few dishes and I wasn’t brave enough to pick some of the ones growing in the woods. You don’t know which ones are safe to eat and what might happen to you if eat the wrong ones.

So, off we went in our gas guzzlin’ RV for another On the Road adventure to speak with a mushroom farmer and learn more about mushrooms and how they grow.  Maybe he could talk to us about the edible ones versus the mushrooms that might put a bit more punch in my dishes than I was looking for! 😮 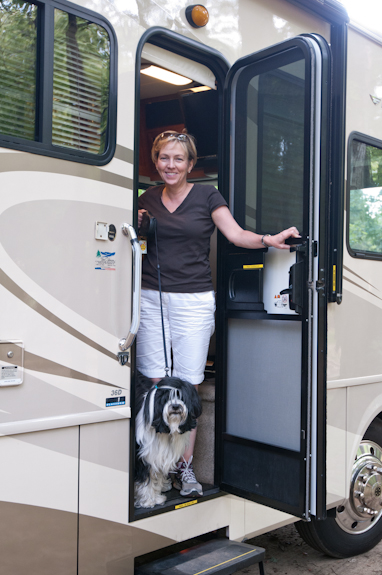 Maybe Beamer likes this RV better than I do.

We traveled to visit with Fred Treadway at his farm outside of Asheville in Madison County, North Carolina. Fred told us that when he moved back to North Carolina in 1995 that he wanted to do something very different. He likes to take on new projects and never do the same thing twice. So, after owning a hardware store in Louisville, Kentucky for many years as well as managing a drive-in theater (what is that you ask?!), he went to a workshop on mushroom farming and decided to take on this  as his new hobby. 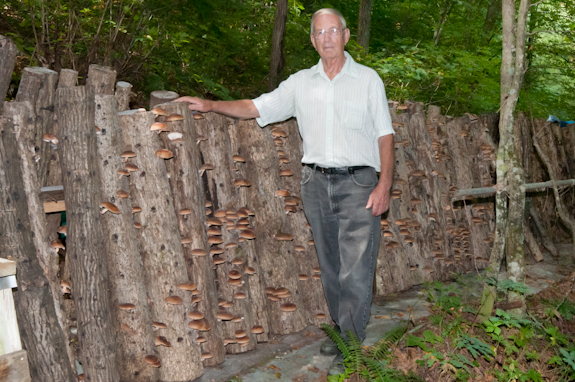 Fred Treadway with his mushroom logs.

Fred primarily grows Shiitake mushrooms, but also grows some Oyster mushrooms along with the Shiitakes. In his seven years of mushroom farming Fred has become quite the rock star. He has had a couple of  interviews published as well as having a video clip made of he and David Kendall from the Madison County Extension Office.

Fred, who is 75 years old and farms 89 acres of land, could run circles around me and the hubs. Now, of course, that isn’t quite fair right now with my surgery and boot, etc., but my bet is he could do it on any given day. He prefers walking to riding around the farm in his four wheeler and I am sure that is one of the reasons he is in such great health. Me…I’d take a spin in the four wheeler, although the day we visited, we walked right along with Fred. 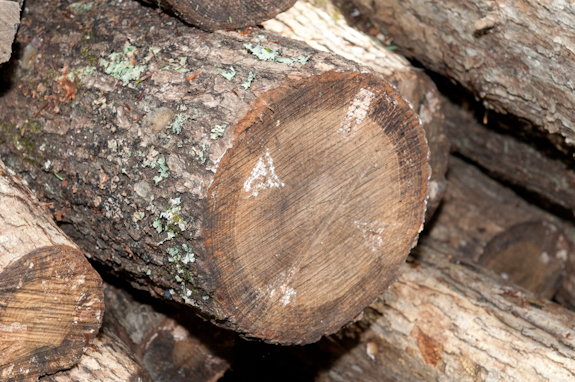 Mushrooms grow on  these logs.

I think Fred is also in such great shape because he carries around all of these heavy logs that the mushrooms grow on. Fred raises more than mushrooms on his farm and puts up many vegetables that he and his wife will use during the winter. He prefers the freshness of his own canned vegetables (and I can certainly understand that).

When Fred started mushroom farming (about seven years ago), he began with fifty logs. By the second year he had a couple hundred logs. He now has over eighteen hundred logs for his mushrooms. That’s a lotta logs and a whole bunch of mushrooms. That number of logs will yield about four to five hundred pounds of mushrooms each year. He says it is a hobby that got out of control. Do you think?

Fred has been asked to speak with many younger farmers who are looking at getting into mushroom farming as more people are growing their own foods and wanting to supply produce to local businesses and Farmers’ Markets. Fred seems to be quite successful at mushroom farming, so I can see why they are contacting him. 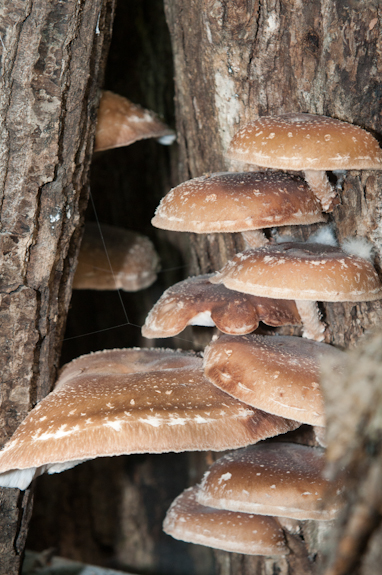 These ‘shrooms are looking pretty happy to me!

Page: 1 2 3
We participate in the Amazon Services LLC Associates Program, an affiliate advertising program designed to provide a means for us to earn fees by linking to Amazon.com and affiliated sites.
posted on December 14, 2010 in Farms and Artisans, Main Dishes, Recipes, Travel
18 comments »