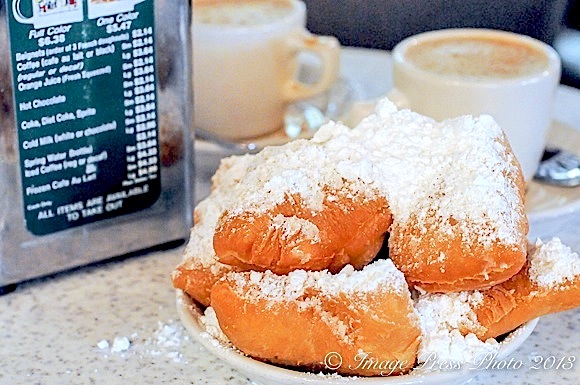 What do you think about when someone says New Orleans?  Incredible food, jazz music, Mardi Gras, and beignets are a few things that come to my mind when talking about the Crescent City.  If you have never been, then you are missing out on one of the most fascinating cities in the country.  New Orleans has a vibe all its own and you need to add this travel destination to your bucket list.

I have been fortunate to travel to New Orleans a number of times in my life.  This city is captivating, magical, and unique with its merging cultures, multilingual heritage, and stunning French Creole architecture.  What stands out most to me, however, is the city’s vibrant food traditions. 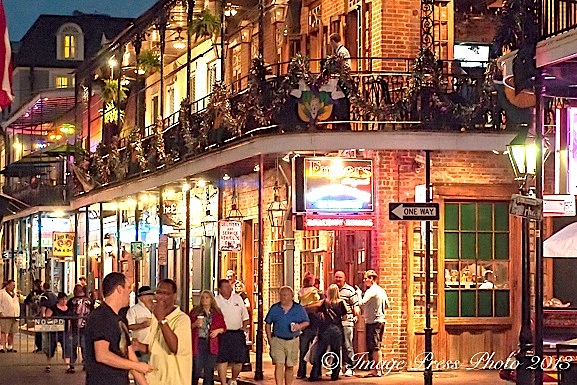 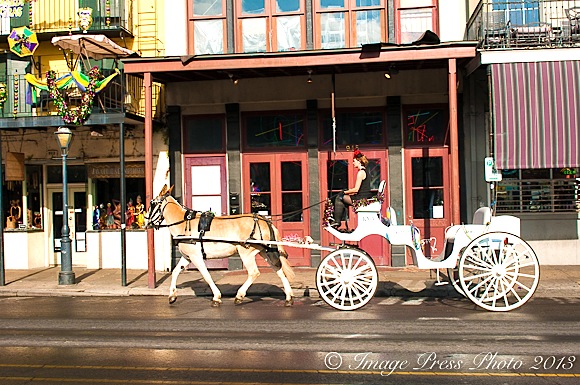 A carriage ride on Decatur Street

“Food doesn’t travel well” is certainly true of New Orleans.  Feasting on gumbo, eating a Mufaletta, or sucking the heads and eating the tails of crawdads does not translate well from Bourbon Street to Main Street in any other part of the country.  There is a rhythm, a soul, a lot of heat and spice, and a bit of mystery in New Orleans that captures your heart and teases your palate.  It beckons you to return again and again. 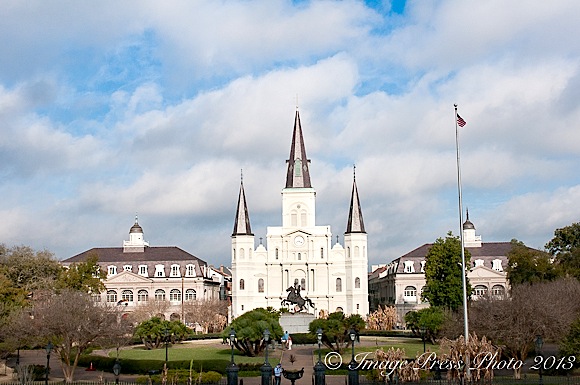 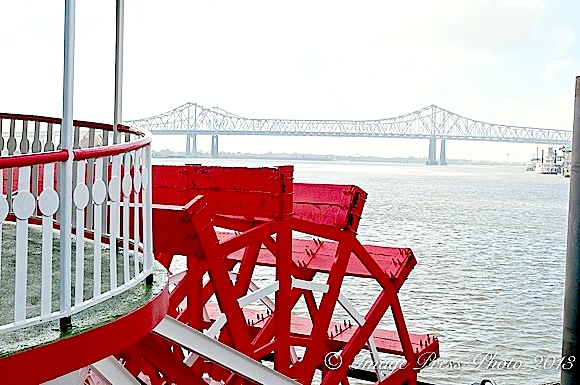 Riverboat on the Mississippi River

While I have made many traditional New Orleans recipes at home and have been pleased with the outcome, beignets at Cafe du Monde are one of those foods that is best enjoyed in New Orleans.  Sitting in the bustling cafe, early in the morning, as the city recovers from the all night festivities while the fog rolls in along Lake Ponchartrain, cannot be transplanted to anywhere else.  Sipping a stout chicory coffee, watching the servers hustle plates filled with powdery sugar dusted hot beignets, is one of the quintessential moments that I associate with New Orleans.  This experience has been enjoyed by many generations as this is the 150th year of Cafe du Monde’s rich history. 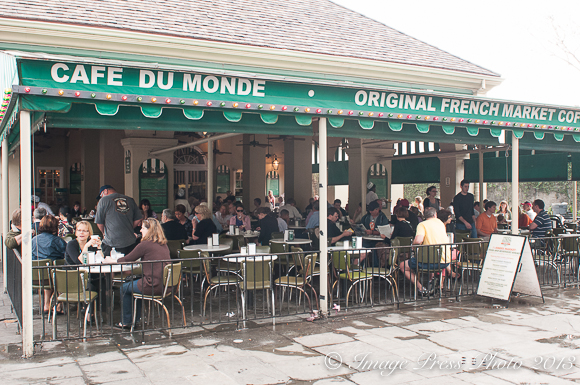 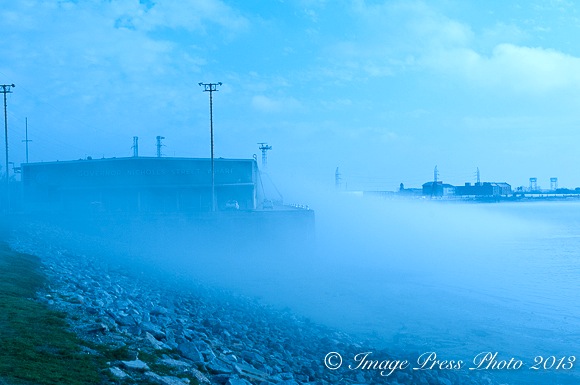 The fog rolling in over the Mississippi River 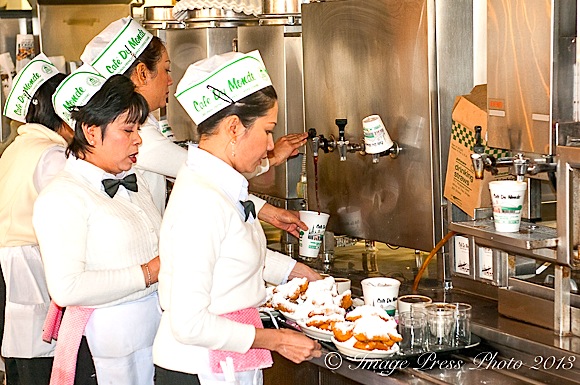 During our recent trip to the city, we were invited on a behind the scenes look at the process of making beignets at Cafe du Monde.  Beignet is actually the French word for a fritter or doughnut. While we were hoping to learn all of the secrets to making these famous fried French fritters and were given many great tips, not all of Cafe du Monde’s secrets are to be shared, otherwise they wouldn’t be secrets.  However, they did share a few details with us. 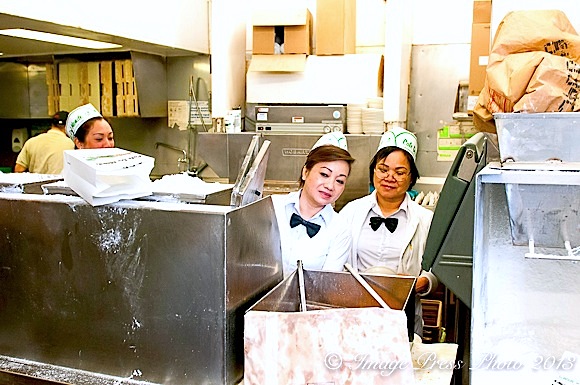 In the kitchen at Cafe du Monde

One of the most critical steps to making perfectly crisp and light beignets is to be sure the oil is very hot (at least 380 degrees) and that it remains hot throughout the cooking process.  If it isn’t, the beignets absorb too much oil and the powdered sugar melts when served and the beignet is greasy, sticky, and a hot, sweet mess of soggy dough.  Cafe du Monde fries their beignets in cottonseed oil, even though most recipes call for vegetable oil.  They have tried other oils but always return to cottonseed oil as it produces the best results.  Cottonseed oil has a high smoke point of 420 degrees, which allows them to keep the oil extremely hot. 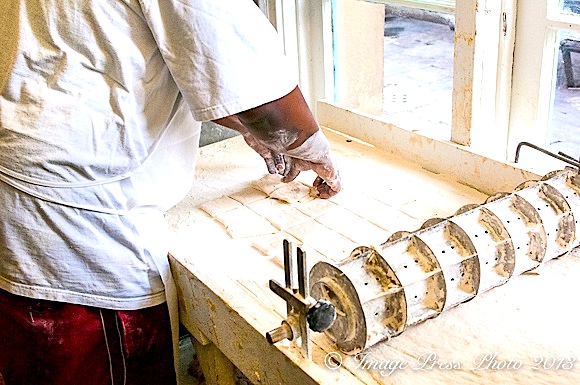 The beignets are cut using this machine

Another tip for making superior beignets is that you don’t want to overwork the dough or the beignet will become tough.  A yeast dough will produce a lighter and sweeter beignet than a basic white flour dough, which many recipes recommend.  Cafe du Monde uses multiple flours in their mix, including rye flour, and they aren’t willing to share the exact mix and proportions in their recipe.  You might try your own combination at home to see if you can unlock that secret. 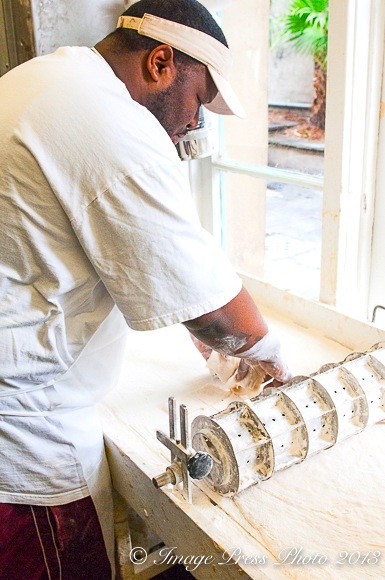 How many do you think they make each day?

After making the dough, let it rest in the refrigerator at least 16 hours before rolling and cutting. Cafe du Monde suggests using a cast iron skillet to fry the beignets, but they use deep fat fryers, so if you have a fryer, use it.  The beignets will float to the surface of the oil as they cook.  Be sure to turn the beignets over while cooking to ensure an even golden brown exterior and keep the oil very hot in the process. 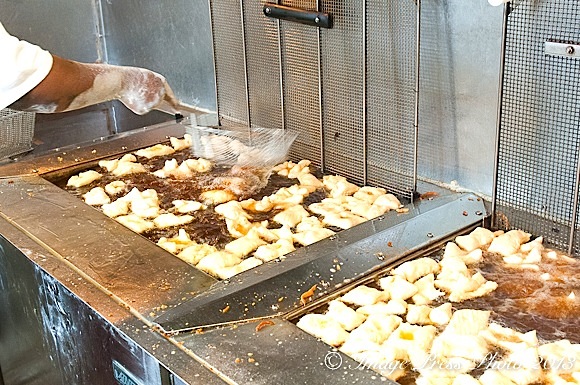 When they are properly prepared, beignets are one of the best foods on Earth. These light, puffy pillows that were born of a French doughnut make a perfect morning accompaniment to coffee or are an ideal afternoon dessert while taking a break from touring the city.  Some late night revelers satisfy their sweet cravings after an evening on Bourbon Street at the location by the French Market that is open 24 hours a day.  No matter when you go, a visit to Cafe du Monde epitomizes the New Orleans experience. 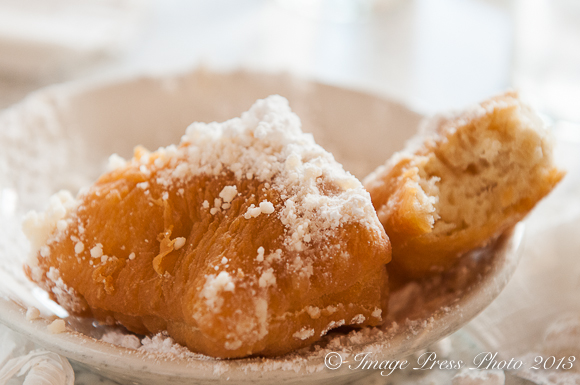 Mardi Gras is in full swing and Fat Tuesday is February 12, 2013.  If you are able to travel to New Orleans for the festivities, you should do so.  A visit to this amazing city will thrill and fascinate and will create memories that last a lifetime.  What goes on in New Orleans should stay in New Orleans, especially the food. 😉 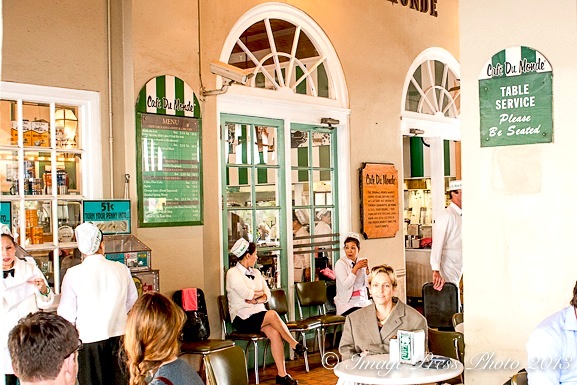 Waiting on an order of beignets

If you can’t make the trip, then purchase a box of Cafe du Monde’s beignet mix that is sold in many local stores or from their online shop.  It’s the next best thing to being there.

Here are some additional recipes and articles about the city to pique your interest until you can travel to New Orleans:

An interview with one of the oldest names associated with food in New Orleans, Ralph Brennan, and a recipe for his famous Chocolate Bread Pudding

An interview with Chef John Besh at Restaurant August 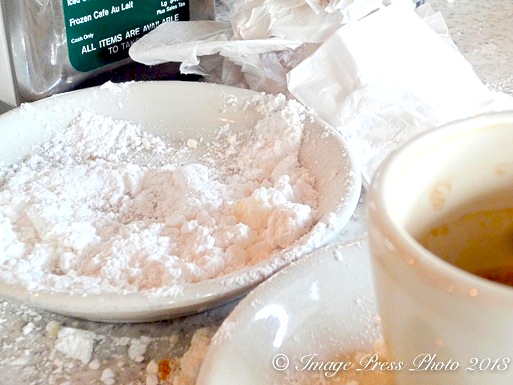 We participate in the Amazon Services LLC Associates Program, an affiliate advertising program designed to provide a means for us to earn fees by linking to Amazon.com and affiliated sites.
posted on January 28, 2013 in The South, Travel
38 comments »

END_OF_DOCUMENT_TOKEN_TO_BE_REPLACED

38 comments on “The Secrets Behind Cafe du Monde’s Beignets”