Our second day at Kiawah was spent with Executive Chef Brian McGowan, who oversees the island’s restaurants outside The Sanctuary, and Chef Jason Cote of Cherrywood BBQ (more to follow on Chef Cote.)  We toured the island and visited a few local purveyors.  Our first stop was to check on the daily catch at Cherry Point Seafood.  This marina, located on Wadmalaw Island, supplies much of the seafood for the resort.  The Atlantic Room (at The Ocean Course on Kiawah Island) specializes in seafood and is also a member of the Sustainable Seafood Initiative. 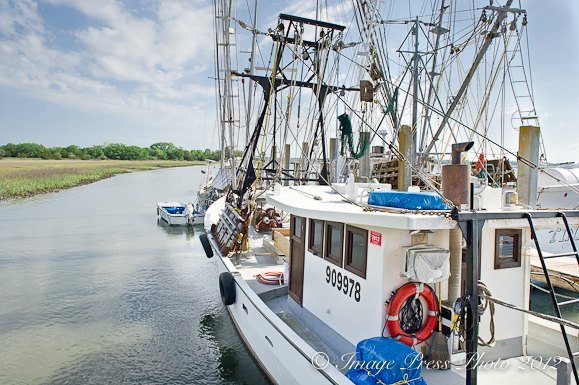 One of the fishing boats at Cherry Point Seafood

Olliver Burwell, owner of Cherry Point Seafood, frequently updates the chefs on the arrival of boats coming in to the marina with their catches.  The chefs will then drive to the marina to buy fresh seafood.  Fishermen like Bo Bjorn (who we met at the docks), have been fishing these waters since 1982. Bo will take his boat out for two to three weeks at a time and travel as far as Canada in search of the best fishing opportunities.  Locally, he is able to catch swordfish (season opened May 1st), Mahi Mahi and yellowfin tuna, all line caught and not netted. 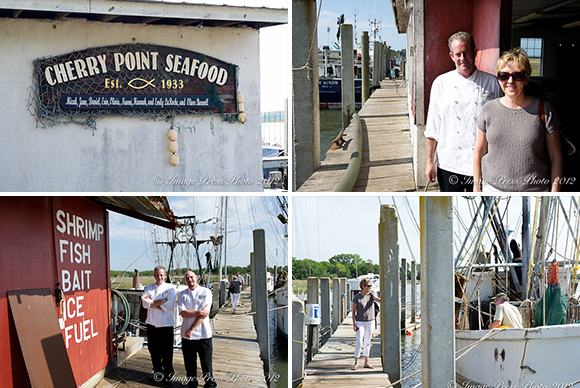 On this day we found John Cooksey, a local shrimper since 1970, working on his nets.  A man teetering around his 70‘s, he was hard at work preparing for his next trip.  John will venture into the South Carolina and Georgia coastal waters for three to four days at a time.  In the off season his catch will run between 200-300 pounds of shrimp per day.  In the summer he will harvest about 1,000 pounds of shrimp per day.  John has left South Carolina a few times during his life to try his luck in Key West, Florida and Texas, but as he says, “People are making a living on the water in this area.  The chefs and restaurants are here because people come to see the history (in Charleston) and the island.  It all works.  Home is South Carolina and I always come home.” 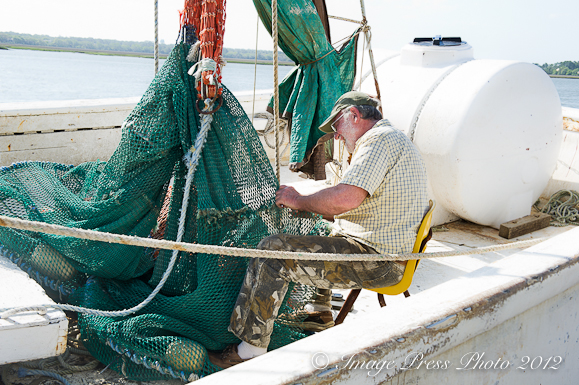 After leaving the docks at Cherry Point Seafood, we stopped at Ambrose Farm, one of several local farms that supply Kiawah Island resort with fresh produce.  Pete Ambrose owns 130 acres with two-thirds planted in 30 different crops.  The remaining land is used to produce compost which feeds the farm land rather than using artificial fertilizers. 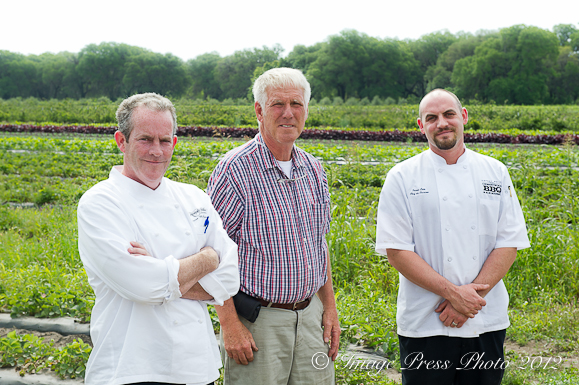 Ambrose Farms sells to 25 local restaurants in addition to their CSA (1,000 members).  With three growing seasons, they employ 15 people at the farm and also own Stono Farm Market and the Tomato Shed Cafe.  If you travel to Kiawah, stop on John’s Island at their cafe and enjoy a piece of their award-winning Tomato Pie (in season, of course). 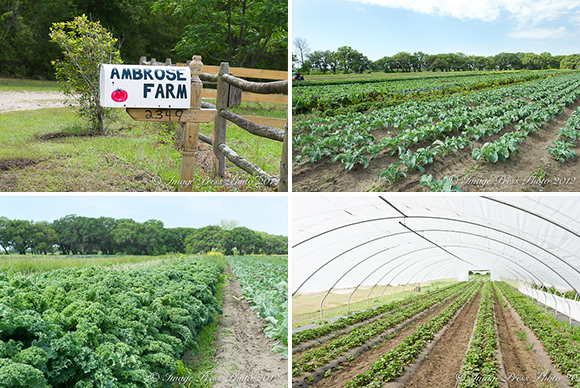 Page: 1 2 3
We participate in the Amazon Services LLC Associates Program, an affiliate advertising program designed to provide a means for us to earn fees by linking to Amazon.com and affiliated sites.
posted on May 29, 2012 in Main Dishes, Recipes, The South, Travel
11 comments »