Southern Heat has been submitted and we’re off to new adventures! 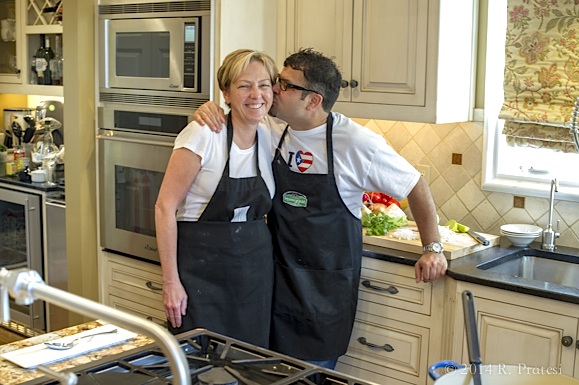 We’re baack!  I hope you and your family had a wonderful Thanksgiving holiday. You might have noticed that things have been pretty quiet around here since I made the announcement back in April about our collaboration with Chef Anthony and The Taunton Press for Southern Heat. While there was a lot of work that went into the proposal and recipe testing before the actual papers were signed, nothing compares to the work that comes when the deal is real and there’s a book to deliver with looming deadlines. 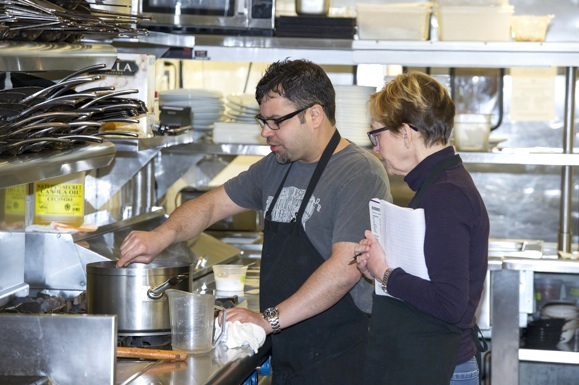 Working in the kitchen at Seviche

There was quite a bit of travel involved in the project.  We worked with Anthony in his kitchen at Seviche, A Latin Restaurant, in Louisville, KY several times.  We also traveled to New York City for his Sustainable Seafood Dinner at the James Beard House, to Sarasota, FL for a James Beard Celebrity Chef Tour Dinner at Darwin’s on 4th, and to Central California where I worked as his sous chef on an episode of Moveable Feast with Fine Cooking.  The majority of the work, however, was spent in our home kitchen testing and developing recipes to make them work for a home cook. And then came the writing.  There was quite a bit of that, too.  Anthony joined us in Atlanta on several occasions during the process, including a visit for the last photo shoot. And by the way, photo shoots are a whole other story for another time. 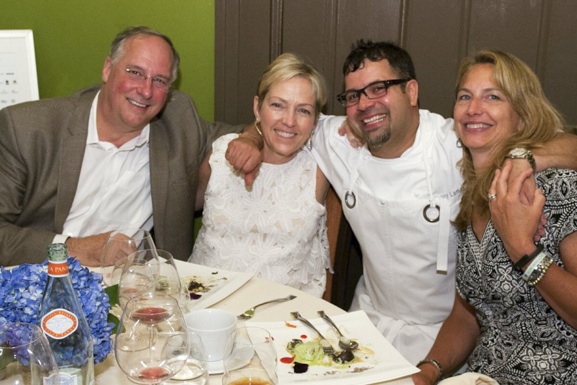 With our publisher at the James Beard House in NYC 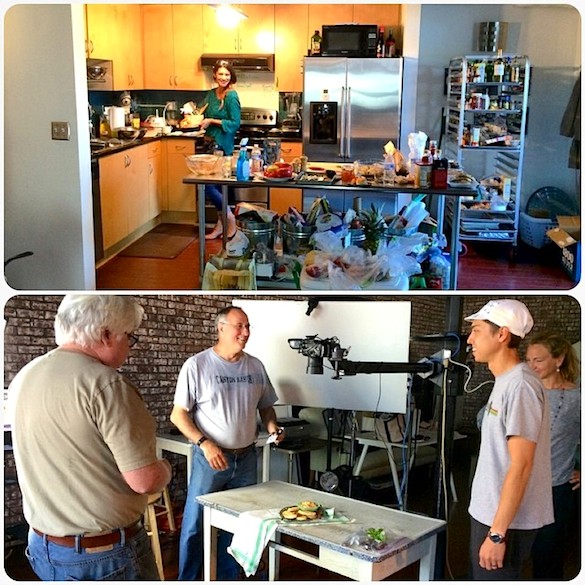 Our first photo shoot for the book

Working on the book has been an incredibly emotional and rewarding experience. I’ve learned a lot and worked really hard along with Mr. B who is the photographer for the book and also the first editor who sees my writing before it goes to the publisher. It feels strange and quiet as I submitted the final sections of the book today. Now, we wait until the edits come back to us in February. In the meantime, we’ll work on marketing efforts for Southern Heat and some additional concepts that have come our way. So much about our lives for the past couple of years has been focused the book. It seems strange that we’re at the end of the creative process.  Even my kitchen seems far too organized. 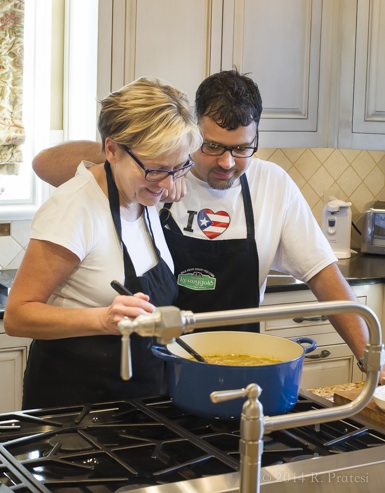 With Anthony in Atlanta

So, what’s next? We need to catch up with travel pieces, so I’ll be writing about France in the next few weeks. We were there in April and had a fabulous time in Paris as well as a journey from Paris to Normandy on a river cruise. I look forward to sharing those articles with you in the coming weeks. We hope to resume some of our travels and in fact, we’re headed south next week for 10 days. We also need to put together a video and post for our 5th anniversary of Bunkycooks since our anniversary was November 23rd. It’s really hard to believe that it’s been 5 years since we began sharing recipes and stories about chefs, farmers, artisans, and our travels in this space. It’s been quite the experience. 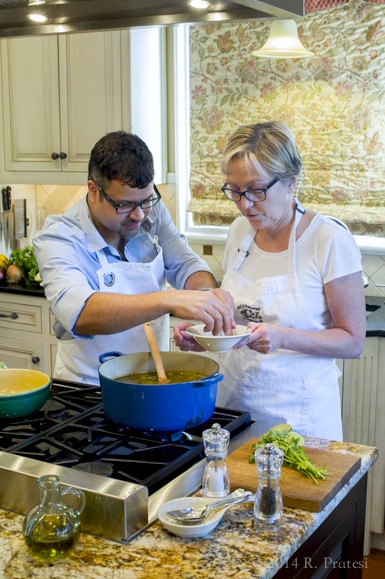 Finishing a pot of awesomeness

On another note, after spending the past year “Spicing Up The South” and preparing the recipes for Southern Heat, I look forward to cooking dishes that aren’t in the cookbook and sharing them with you here. I will have a post out in the next few days for a quick and simple to prepare holiday appetizer that I’m sure you will enjoy. After all, who doesn’t love an easy and delicious recipe for entertaining, especially when things are so hectic during the holidays?

Stay tuned and we’ll be back soon!

We participate in the Amazon Services LLC Associates Program, an affiliate advertising program designed to provide a means for us to earn fees by linking to Amazon.com and affiliated sites.
posted on December 1, 2014 in Leisure
6 comments »

END_OF_DOCUMENT_TOKEN_TO_BE_REPLACED

6 comments on “Southern Heat has been submitted and we’re off to new adventures!”