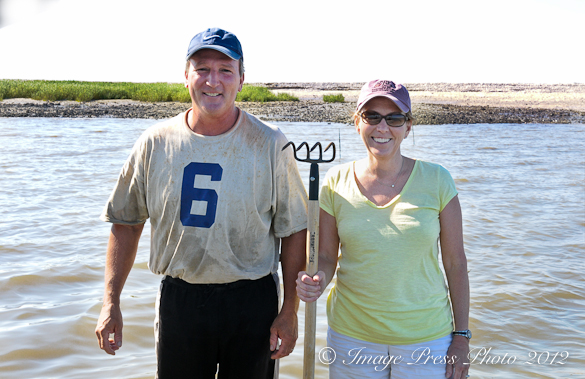 The river delights to lift us free, if only we dare to let go.
– Richard Bach

Life is all about choices.  It is fascinating to see what direction people take when they are at a crossroads in their lives.  John Pelli, owner of Savannah Clam Company in Savannah, Georgia, is someone who was faced with a career choice.  He is one of many people that we have met in our travels who has said “the heck with it,” quit a  professional position and has become a farmer and now owns his own business.

After 21 years with Union Camp (a paper company) and traveling all over the world with the company, John was asked to make a move to Memphis, Tennessee when they were acquired by International Paper Company in 1998.  John decided to stay in Savannah, give up the corporate world and find a new career on the river he loved. 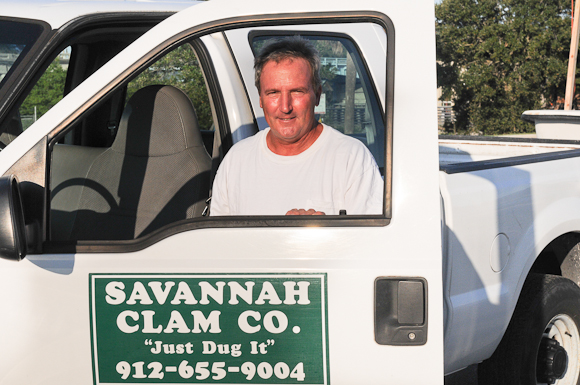 You have to love John’s tagline

John chose to become a clammer.  He first worked an apprenticeship with a local clammer.  When he realized that this man was able to make a suitable living from the river, including the ability to buy his own home (with cash), he decided this is where he wanted to be.  As someone who has always loved the river, enjoyed boats, and being out on the water, this seemed a fitting place for the next stage of John’s life. 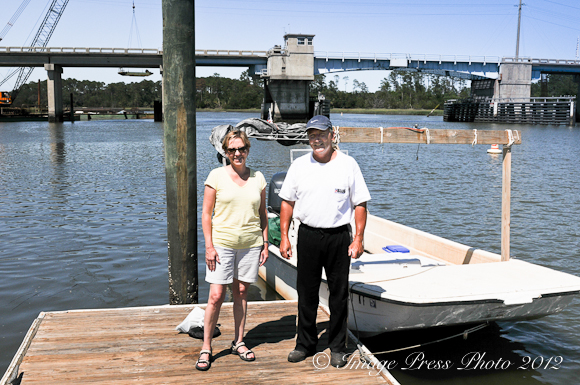 About to set sail

At one time there were as many as 12 clammers in Georgia, however, now there are only five and John is the only clammer in Savannah.  The University of Georgia has offered scholarships to people interested in becoming clam farmers through their Marine Extension Service, however, it has not worked as they had hoped.  John said, “The people took the money from the University, but didn’t really want to work.  Many ended up wasting the money and drinking it away.” 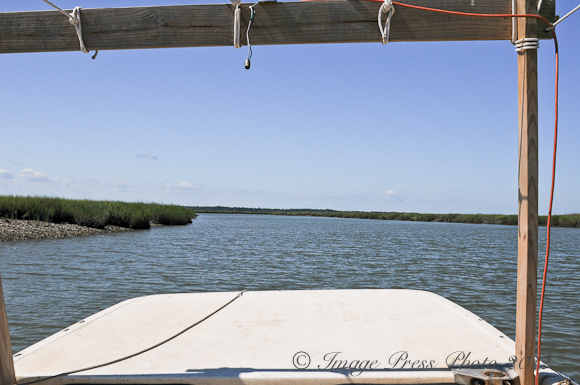 It is peaceful on the river

Clamming is not an easy job as we experienced on a very warm day in July last year.  We traveled many miles by boat up the Skidaway Narrows and the Wilmington River to get to John’s clam beds where he is raising about 1.5 million clams in this leased space.  It is here that the clams receive the saltwater from the ocean, for superior taste, yet the protection of the river for improved growth and harvest.

Clam and other shellfish farming have become more popular over the last decade due to the demand for local shellfish, fewer wild stocks, habitat, and pollution.  However, it is difficult to maintain with the high cost and low availability of shoreside land.  Shellfish aquaculture is also highly regulated by the Department of Agriculture.  These regulations are good for the consumer because there is documentation on the shellfish from the moment of harvest.  However, there is a lot of paperwork involved for John and other farmers along with routine inspections from the government. 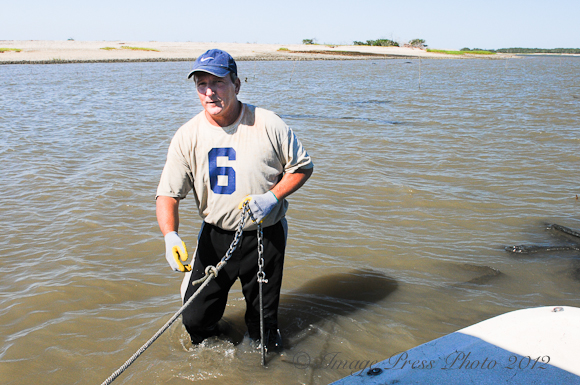 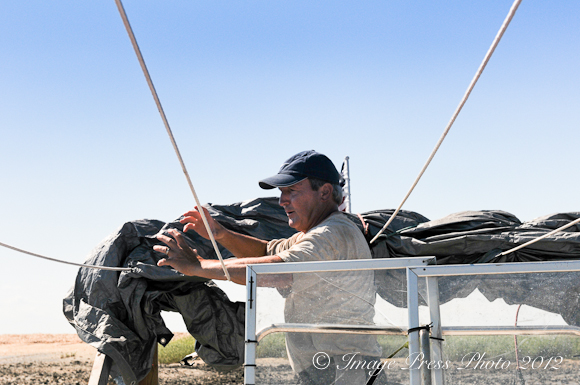 Putting up the tarp to give us some shade

Page: 1 2 3
We participate in the Amazon Services LLC Associates Program, an affiliate advertising program designed to provide a means for us to earn fees by linking to Amazon.com and affiliated sites.
posted on February 3, 2012 in Farms and Artisans, Main Dishes, Recipes, Travel
14 comments »