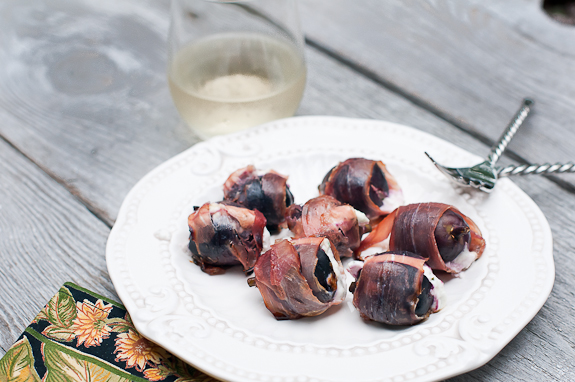 As many of you know, nothing is ever easy here at The Bunkycooks! After coming home to a flood in the front yard yesterday and paying a plumber $1000 (yes, that is the correct amount) to fix the broken pipe, I was finding it hard to see the humor in anything.

However, I have gotten over it (although the bank account hasn’t) and was finally able to write this next article in the On The Road with Bunkycooks series! This time we traveled to Spinning Spider Creamery in Madison County, North Carolina! 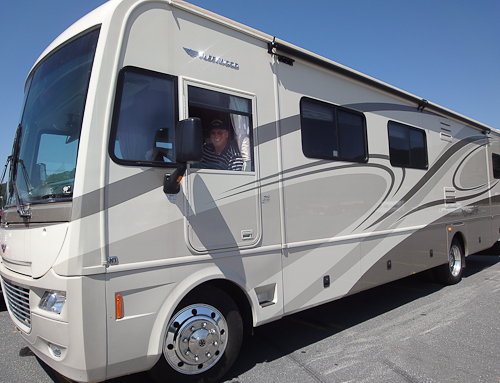 Yes, we really are traveling in an RV!

You might remember (if you have been reading Bunkycooks), that I first saw Spinning Spider Creamery cheeses at the Asheville City Farmers’ Market. So, when I wanted to prepare an appetizer made with goat cheese, I said NAAA to buying the cheese at Publix and decided we would pay this dairy farm a visit and go shopping there! You know that we always do things with a twist, therefore, it was far better to get fresh goat cheese right from the source! So we hopped in the ginormous RV (more on that later) and off we went!

We met with Chris Owens, who with her husband Jeff, is the owner of Spinning Spider Creamery. This farm is situated on five acres nestled in a mountain cove on Bailey Mountain. You may be wondering (as I was), what on earth would cause you to start a goat farm (besides the fact that the goats are pretty darn cute). 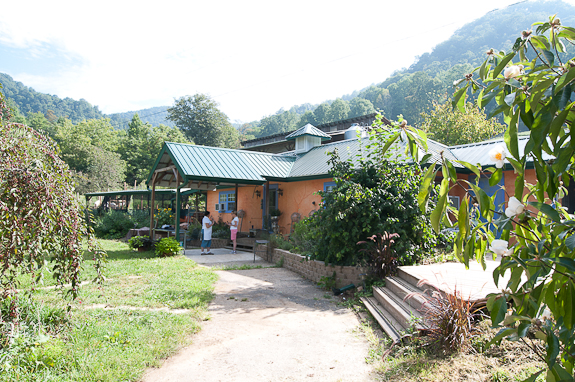 A little bit of Provence in North Carolina!

I will tell you why! This began as a 4H project for the Owens family because their three children were allergic to cow’s milk. What started as a small family project with a few goats while homeschooling their children, has turned into a full-time family business with seventy-five goats! Chris said that she grew up on a farm and showed horses, so a farming lifestyle was not new to her. They moved to this farm in 1999 and became licensed as a business in 2003.

It is definitely a family operation. All of their children are involved and they are given an allowance for working on the farm. Chris says that it teaches them important skills, responsibility and accountability (I so agree). They also hope to be able to turn the business over to their children at some point in the future. 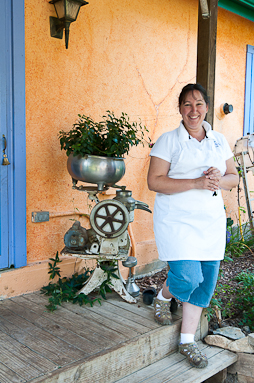 We were graciously hosted by Chris for our tour of Spinning Spider Creamery. We saw where the goat’s milk goes into vats and where the cheeses are produced, then dried, aged and refrigerated. Chris showed us the Black Mountain Blue Cheese that was just made the day before we arrived. It has to be flipped every 15 minutes for two hours the day it is made and then then every three to five hours over the first twenty-four hours. After that, it’s brined, then pierced by hand and flipped every day for at least sixty days. It’s a good thing that they have those young kids to stay up all night and flip that cheese for the first day! 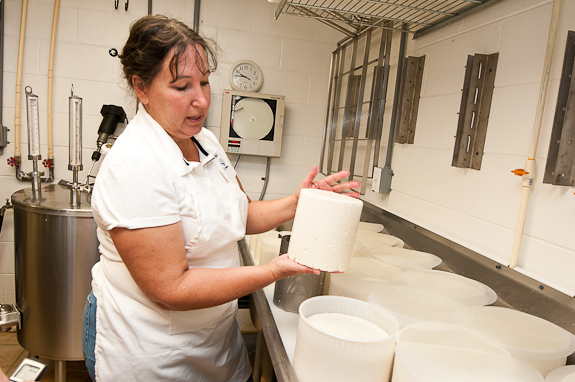 We learned that that raw milk cheeses can legally be sold after sixty days, but that many of the cheeses require a much longer time to age. The cloth bound McChesney is their raw milk cheddar. The batch we saw will be ready in late December. By that time it will be about six months old. They like to sell the McChesney when it’s aged between six months and two years, even though it’s legal to sell when it’s sixty days old. 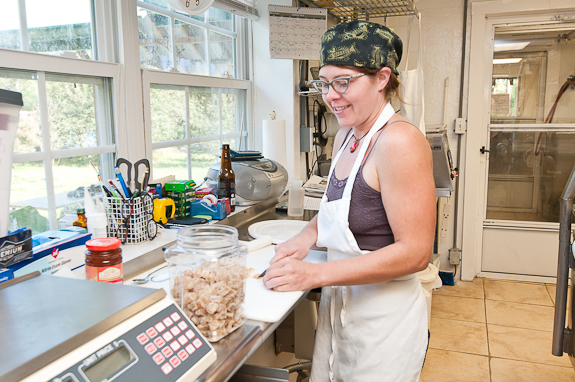 This is Andrea and she works with the Owens on the farm.

Page: 1 2 3
We participate in the Amazon Services LLC Associates Program, an affiliate advertising program designed to provide a means for us to earn fees by linking to Amazon.com and affiliated sites.
posted on September 22, 2010 in Appetizers, Farms and Artisans, Recipes, Travel
41 comments »