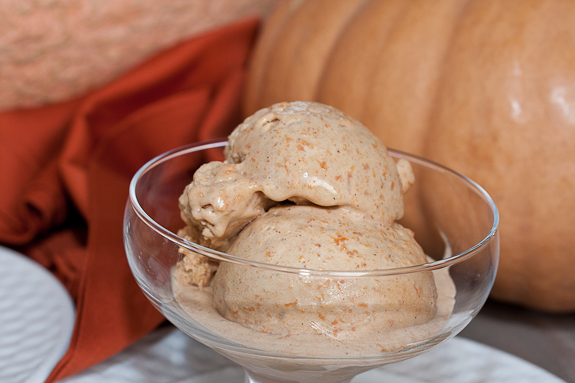 Happy Monday morning.  Regretfully, I do not have a Mountain Mondays post for you today.  I really wish that I did because it snowed in the North Carolina mountains this weekend and we missed it. We are off of the mountain now that it is colder weather.  The good news is that we will be back up to visit periodically, this was the first snow and there will be many more in the coming months.

Instead of playing in the snow, I have been busy getting ready for my ankle surgery.  I would appreciate your good karma and well wishes if you happen to think about me at some point (say…exactly 2 pm EST today).  😉  I will take all the positive energy that I can possibly get.

When I say “getting ready” for surgery, that really means that I have been a total slave in the kitchen cooking and baking for over a week.  Yes, of course, some of those goodies are for us to eat while I am recuperating, but many of them are for writing my posts and articles over the coming weeks while I will be sitting on the sofa eating bon bons working diligently on my blog and website.

My hope is that I can get around on this handy little gizmo called a knee walker, once I start to feel better.  Maybe a video of my cooking while riding around on that thing could be in order in a week or two.  You never know what you might see on this site (between the combination of pain meds and going stir crazy while in my cast).

While home, I have also been able to spend some quality time partying and drinking with with some of friends.  It’s amazing how much fun you can have in your own neighborhood when you go trick or treating for wine visiting door to door.  A girl’s gotta do what a girl’s gotta do while she can.  Maybe I can drive-in for wine with the knee walker?!  Now that’s an idea.

Anyway, before I head off to surgery, here is another pumpkin recipe to try.  I am on a mission to try all of these pumpkins!  It may take me awhile, but I will do it. 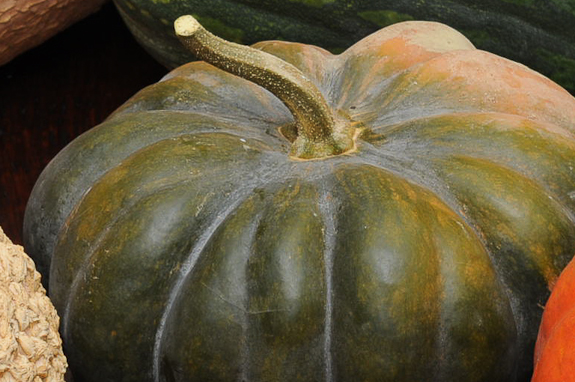 This pumpkin ice cream tastes just like a pumpkin pie!  It is very rich in pumpkin flavor as I made it from this Fairytale pumpkin, which had a wonderful pumpkin taste that is perfect for baking and cooking.  I also made these Pumpkin Muffins with a Cream Cheese Frosting from the same pumpkin.

I used a combination of half heavy cream and half milk (trying to save calories…what are those?!).  Mr. Bunkycooks wishes that I had used all heavy cream (as the recipe called for) because the pumpkin flavor was so prominent.  I agree, using all heavy cream would make it richer, but it is a better option. If you are looking for an alternative to the traditional pie for a holiday dessert, try this recipe.

If you aren’t obsessed with pumpkins (as I obviously am), you can certainly use canned pumpkin puree or puree from a Sugar Pie pumpkin, which is much easier to cook and use.

In a bowl, whisk together the pumpkin puree and vanilla. Cover and refrigerate for at least 3 hours or up to 8 hours.

In a heavy two quart saucepan over medium heat, combine 1 1/2 cups of the cream and 1/2 cup of the brown sugar. Cook until bubbles form around the edges of the pan, about five minutes.

Meanwhile, in a bowl, combine the egg yolks, cinnamon, ginger, salt, nutmeg, the remaining 1/2 cup cream and the remaining 1/4 cup brown sugar. Whisk until smooth and the sugar begins to dissolve.

Remove the cream mixture from the heat. Gradually whisk about 1/2 cup of the hot cream mixture into the egg mixture until smooth. Pour the egg mixture back into the pan. Cook over medium heat, stirring constantly with a wooden spoon and keeping the custard at a low simmer, until it is thick enough to coat the back of the spoon and leaves a clear trail when a finger is drawn through it, four to six minutes. Do not allow the custard to boil. Strain through a fine-mesh sieve into a bowl.

Place the bowl in a larger bowl partially filled with ice water, stirring occasionally until cool. Whisk the pumpkin mixture into the custard. Cover with plastic wrap, pressing it directly on the surface of the custard to prevent a skin from forming. Refrigerate until chilled, at least three hours or up to twenty-four hours. (I chilled mine overnight).

Transfer the custard to an ice cream maker and freeze according to the manufacturer's instructions. Add the bourbon during the last minute of churning. Transfer the ice cream to a freezer-safe container. Cover and freeze until firm, at least three hours or up to three days, before serving.

We participate in the Amazon Services LLC Associates Program, an affiliate advertising program designed to provide a means for us to earn fees by linking to Amazon.com and affiliated sites.
posted on November 8, 2010 in Desserts, Recipes
11 comments »