On The Road culinary adventures goes to Charleston, SC! November 6-9, 2011 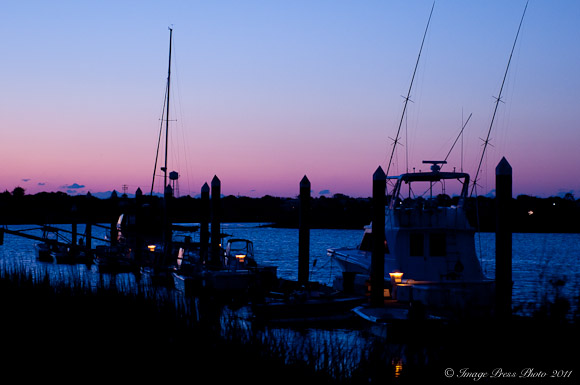 Greetings from Louisville, KY!  We are about to kickoff our very first On The Road culinary adventure in Louisville in just a few short hours.  We are very excited and can’t wait to have some incredible meals, tour beautiful farms, get to know some amazing chefs and of course…drink some bourbon!  I thought there could not be a more perfect time to announce our next trip which will take place in Charleston, SC in November.  Here are the details!

What comes to mind when you think of Charleston, South Carolina?

Charleston is one of our favorites places to visit for its restaurants, beauty and history and that is why we have chosen this city as our next destination for our On The Road culinary adventures!  Charleston has just received the No. 2 ranking in Travel + Leisure World’s Best Awards 2011 list of Top Cities in the United States and Canada.  They have also just named Charleston one of the Top 10 food cities in the country. 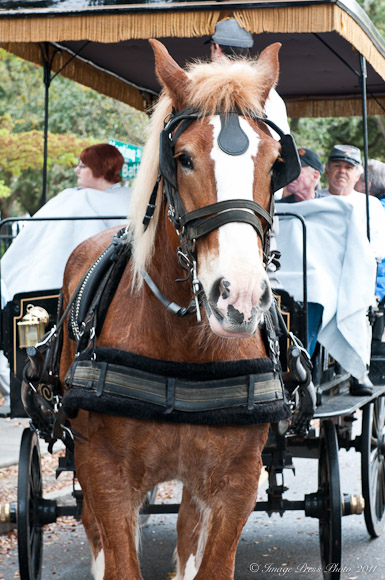 We have a very exciting itinerary planned for you in this beautiful city.  In addition to spending time with renowned chefs, visiting farms, enjoying a farm lunch, having fabulous dinners and participating in a cooking class, we are also leaving you some free time.  You will have time to explore the historic areas, stroll through The Battery, enjoy a carriage ride or visit the nearby beaches.  We also have a very special guest that will be with us on our farm tour day, Executive Chef Craig Deihl of Cypress. 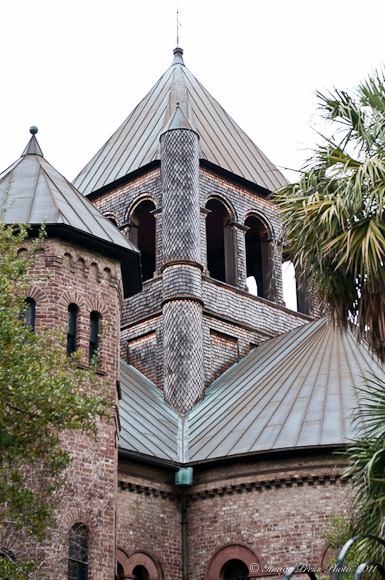 This culinary adventure will begin on Sunday November 6th, 2011 where you will check-in for a 4-day, 3-night stay at the luxurious Charleston Place Hotel.  This Orient-Express property is located in the heart of downtown Charleston, in the historic district and within walking distance of all the major attractions.  It is also home to the award-winning Charleston Grill, where we will have our final evening’s dinner. 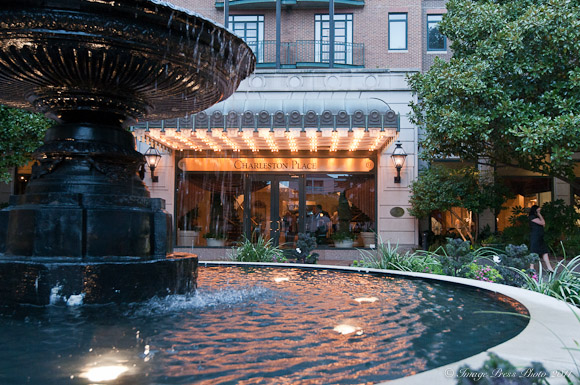 We will get together at the Thoroughbred Club in the hotel lobby on Sunday evening to kickoff the event.  Enjoy the evening at one of Charleston’s delightful restaurants or you can join us for an optional dinner ordering from the menu at Husk.  Husk is one of Executive Chef Sean Brock’s restaurants and was just named as the Best New Restaurant in America by Bon Appétit. 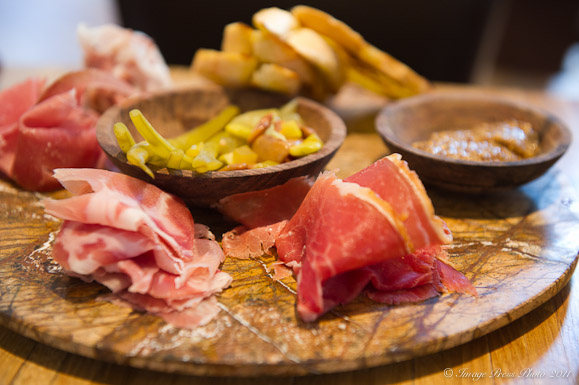 Housemade charcuterie and pickles at Husk

Monday morning we will depart by private motor coach for our farm visits and lunch with our special guest, Executive Chef Craig Deihl.  Deihl, a graduate of Johnson and Wales, worked with acclaimed Chef Donald Barickman of Magnolias for five years before opening Cypress in 2001.  “Undoubtedly one of the South’s most talented young chefs, Deihl developed a CSA-like concept for meats and introduced his Artisan Meat Share program as well as partnered with the American Livestock Breeds Conservancy (ALBC), affording Deihl the opportunity to be the first chef in over 100 years and currently one of only a select few chefs in the nation to cook the rare American Guinea Hog. 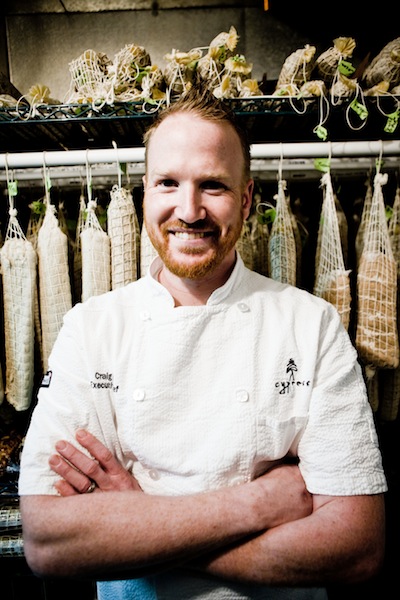 In early 2011, Deihl was the recipient of a prestigious James Beard Foundation finalist nomination for Best Chef – Southeast. He was also named Chef of the Year by the Charleston chapter of the American Culinary Foundation.”

We will be visiting two of the farms that supply Chef Deihl’s kitchen on our tour.  Keegan-Filion Farm in Walterboro, SC is owned and operated by Annie and Marc Filion.  They raise Free-Range chicken, turkey, pork, and Grass-Fed beef.  Thackeray Farms is a 200 acre farm one mile from the ocean on Wadmalaw Island.  Here, Shawn Thackeray farms about 20 acres of that land growing Heirloom tomatoes and specialty produce for local chefs.  In addition, he raises pasture-fed pigs and chickens. Chef Deihl will be preparing a barbecue lunch for us with local craft beers at Thackeray Farms for a true farm to table experience. 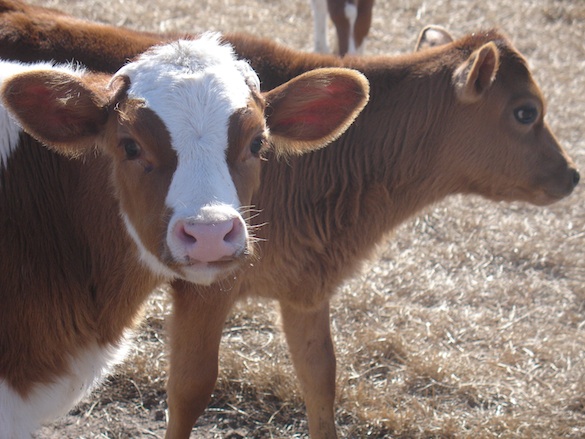 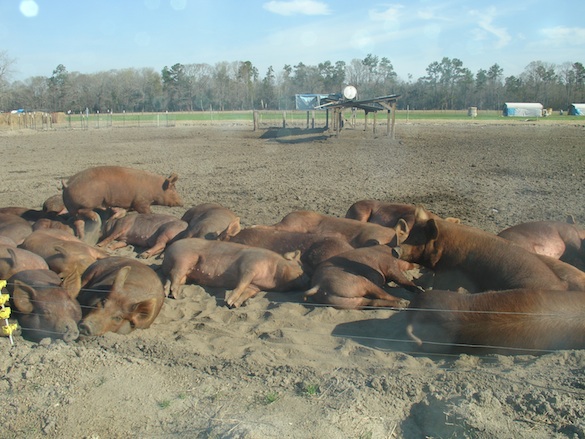 We will return to the hotel in the afternoon after lunch so that you will have some free time to explore the historic area, stroll through downtown or do some shopping at the boutiques located in the hotel. 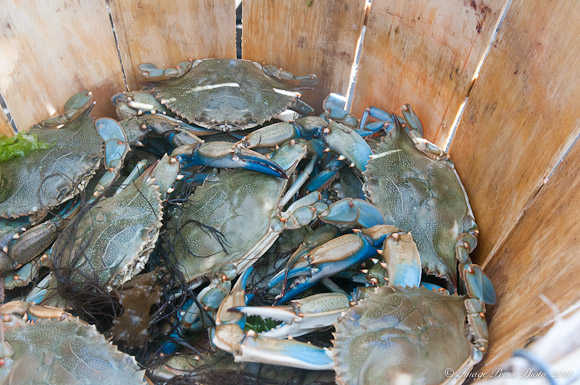 We will definitely have to have some local Blue Crabs while we are in Charleston!

The culmination of the day will be at Cypress where Chef Deihl will be preparing a very special dinner for us showcasing some of Charleston’s local foods and the types of dishes and flavors that he is known for.  Dinner will include appetizers and wine pairings. 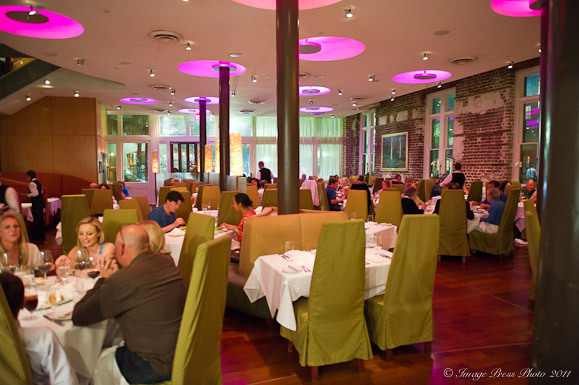 The next morning is open to do some more exploring or take a quick trip to the beach.  We will meet late morning at Trattoria Lucca where Executive Chef Ken Vedrinski will be hosting our cooking class and lunch.

Ken Vedrinski is the executive chef, owner of Trattoria Lucca.  He showcases his heritage and passion for Italian fare at this Charleston restaurant. “The three-time James Beard Award semifinalist opened Trattoria Lucca in 2008.  Lucca was quickly hailed as “Charleston’s Best New Restaurant,” by Charleston City Paper in 2008 and was a semi-finalist for “Best New Restaurant,” in the 2009 James Beard Awards. 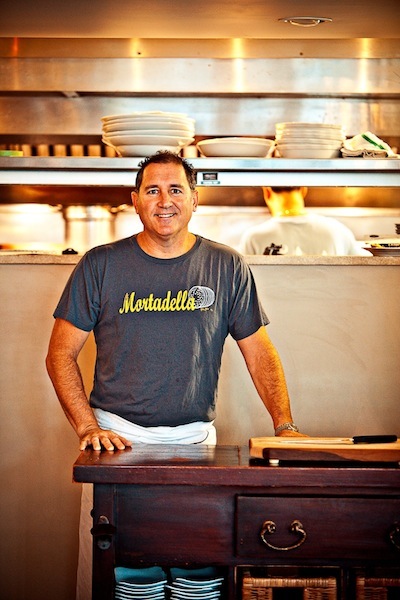 Prior to Trattoria Lucca, Vedrinski served as executive chef at The Restaurant at the Woodlands Inn &amp; Resort in Summerville, SC, where he earned the only Mobile Five-Stars awarded to a South Carolina restaurant and his cuisine received the only perfect food score in North America by Condé Nast Traveler. Vedrinski later co-owned and operated Sienna Restaurant, his first professional commitment to exclusively Italian cuisine which Esquire magazine hailed “One of the Best New American Restaurants in 2004.”  Most recently, Vedrinski was honored as a 2011 James Beard semifinalist for Best Chef Southeast” 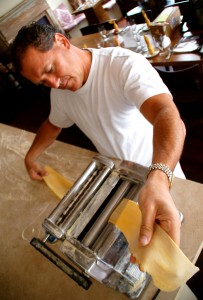 Following our cooking class with lunch and wine, you are free to rest up in the afternoon or visit some of the places you have not yet seen in Charleston.  We will end our culinary adventure with an elegant evening at Charleston Grill in the Charleston Place Hotel with Executive Chef Michelle Weaver. 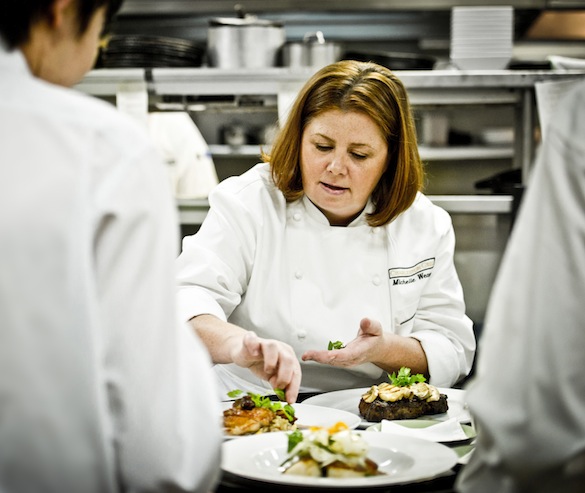 “An Alabama native, Michelle Weaver was raised with a passion for cooking, learning at an early age about the importance of farm-to-table.  Weaver moved to New Orleans to work in the French-style kitchen of Chef Daniel Bonnot as an intern, gaining invaluable skills for both cooking and working in a demanding restaurant kitchen. After receiving her formal training from the New England Culinary Institute, she joined Chef Bob Waggoner at The Wild Boar in Nashville and subsequently moved with him when he became executive chef at Charleston Grill. 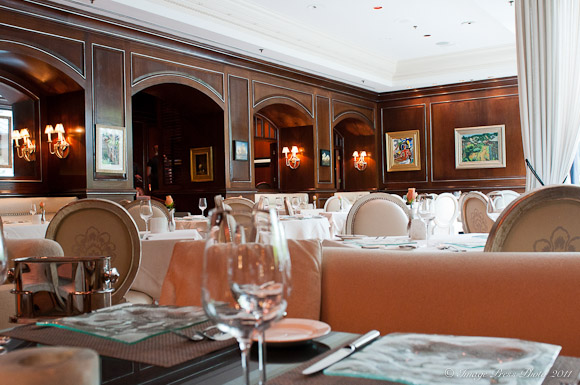 Since Chef Weaver joined Charleston Grill in 1997, the restaurant has been consistently recognized with a AAA Four-Diamond and Mobil Four-Star Awards. The restaurant was the only Charleston establishment included in the Nation’s Restaurant News “Fine Dining Hall of Fame” and the book, The Elite 1000. Charleston Grill has received Wine Spectator’s “Best of Award” since 2003 and the Distinguished Restaurants of North America Award beginning in 1997.

Charleston Grill was also a finalist this year (2011) in the James Beard awards for Outstanding Service.  There is no finer dining experience and I am sure you will agree after the evening’s dinner.

Please contact us at info@ontheroadculinaryadventures.com or by phone at (404) 380-1010 for more information or to book your culinary adventure.

We look forward to seeing you in Charleston in November! 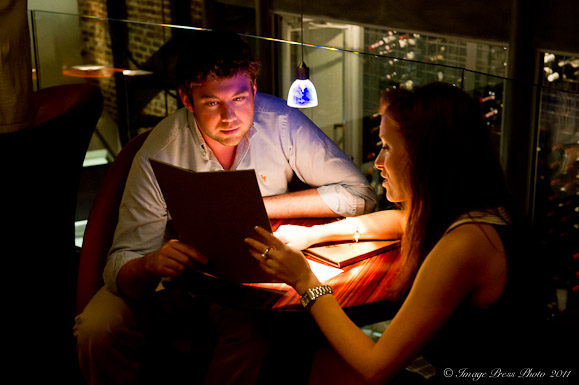 The upstairs bar at Cypress overlooking the open kitchen

We participate in the Amazon Services LLC Associates Program, an affiliate advertising program designed to provide a means for us to earn fees by linking to Amazon.com and affiliated sites.
posted on September 18, 2011 in The South, Travel
5 comments »

END_OF_DOCUMENT_TOKEN_TO_BE_REPLACED

5 comments on “On The Road culinary adventures goes to Charleston, SC! November 6-9, 2011”