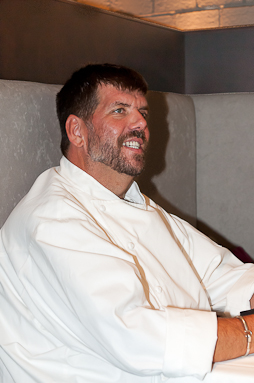 This article is another in my series of interviews with Great American Chefs. This time Bunkycooks spoke with Chef Kevin Rathbun in Atlanta, Georgia.

Mr. Bunkycooks and I were having dinner at Rathbun’s the evening before my scheduled interview and happened to run into Chef Rathbun at the bar that night. Now of course, this Chef is rather hard to miss! He is about 6’6” and has a larger than life presence. We had a chance to chat for a few minutes and I told him that I would try to come up with something new and different to ask him, since so much has already been written about him.

His three restaurants in Atlanta (Rathbun’s, Rathbun’s Steak and Krog Bar) are consistently named as three of the best restaurants in the city as well as in the country. His namesake, Rathbun’s, opened in 2004 and was followed by Krog Bar (2005) and then Rathbun Steak in 2007. He has been featured in countless magazines (such as Food and Wine and Gourmet) and newspaper articles written about him (The Wall Street Journal and the Boston Globe, to name a few). 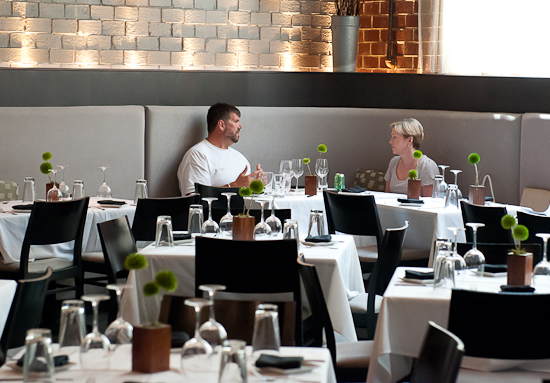 Rathbun has also been on numerous television shows such as Good Morning America, Great Weekends with Samantha Brown and the Today Show. Rathbun’s Grilled Australian Lamb Chops were featured on The Best Thing I Ever Ate. When Ted Allen met him he said Rathbun “looked like he could shoot an elk and carry it home on his shoulder!” Now, that’s a big guy!

However, Chef Rathbun may be best known for his victory over Bobby Flay on Iron Chef with his brother, Chef Kent Rathbun (who owns a number of successful restaurants in Dallas). What’s the chance of two brothers being so successful in the same business? I would say these guys can really cook!

Chef Rathbun is also one of the Atlanta Chefs that is influential in bringing Travel and Leisure’s Food and Wine Festival to Atlanta next May. 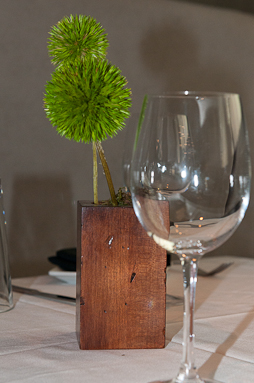 In addition, Rathbun is also incredibly busy working with many of the charitable organizations that he supports such as the Atlanta Community Food Bank, Share Our Strength and the Atlanta Zoo, just to name a few.

So after all of this press, what could I possibly ask this guy that isn’t already out there? Maybe not too much, but I do know that after sitting down with Chef Rathbun for over an hour, I have to say that I certainly got a pretty good sense of who he is and what has made him so successful. Most importantly, we had fun chatting and laughed a whole lot!

Chef Rathbun went into the restaurant business at age 14. He started working partly because he needed to and wanted to, but as he explained to us, he grew up around food, music and entertaining and it just seemed like a natural thing for him to get in the kitchen and cook. His mother had worked in a restaurant in Kansas City, Missouri as a Maitre d’ for over 30 years and his father was a jazz musician.

Although the football coaches at his high school kept trying to figure out what position this rather large kid could play on their team, Rathbun was not interested in such pursuits and chose to play in the kitchen! By the time he was 17, he was already on his way to being a notable Chef. While he was still attending high school, he became a Sous Chef working for Chef Bradley Ogden at the swanky American Restaurant in Kansas City. That was pretty impressive, but it was just the beginning.

Chef Rathbun grew up fast and worked hard. He also attended culinary school while he was working at The American Restaurant, mastering his trade at a very early age. Rathbun received all of his job offers and never once had to seek out a Chef’s position. He was definitely a hot commodity, and has worked for several well-known chefs and restaurateurs, including Emeril Lagasse and Ella Brennan. 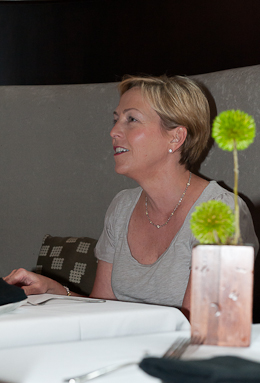 One of the best offers came from Stephan Pyles at Baby Routh in Dallas. This is where Rathbun said that he really fell in love with cooking and was able to do some incredible things in the kitchen. This is also where he first got very involved in charity work, which he says is near and dear to his heart.

In fact, Rathbun was one of the original founders (along with Stephen Pyles and John Dayton, the owners of Baby Routh) of SOS about 17 years ago. If you are not familiar with Share Our Strength, this is an organization that focuses on ending childhood hunger in America.

While working at Baby Routh, Rathbun was offered an opportunity to work with Pano Karatassos, of the Buckhead Life Group, in Atlanta. After accepting this position, Rathbun opened NAVA in Atlanta in 1995 as the Executive Chef and also became Corporate Chef for BluePointe, Kyma and The Buckhead Diner (all Buckhead Life Group Restaurants). The next step for Rathbun was to open his own restaurant in 2004.

Page: 1 2
We participate in the Amazon Services LLC Associates Program, an affiliate advertising program designed to provide a means for us to earn fees by linking to Amazon.com and affiliated sites.
posted on September 1, 2010 in Chef Interviews
16 comments »