Once the decision was made to open a restaurant, Katie’s mother, Elizabeth, enrolled in the French Culinary Institute’s culinary, restaurant management, and sommelier program, graduating at the top of her class in about a year and a half.  Not a surprise from such a driven family. 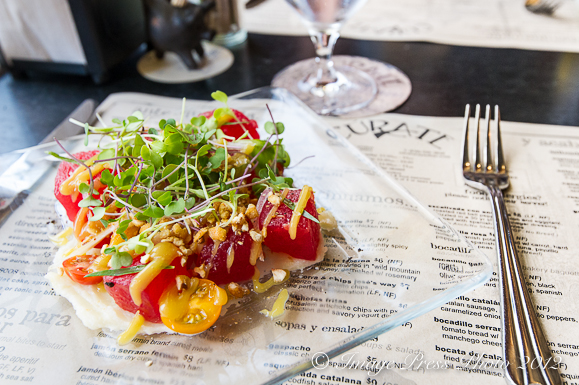 After much thought and consideration, the family chose to open their restaurant in Asheville, North Carolina.  Originally, the restaurant concept was going to be Farm-to-Table, however Katie and Félix had a very different set of experiences and skills and the family decided to support their vision and go with a Spanish tapas concept, which would be unique to Asheville.  Cúrate opened its doors March, 2011. 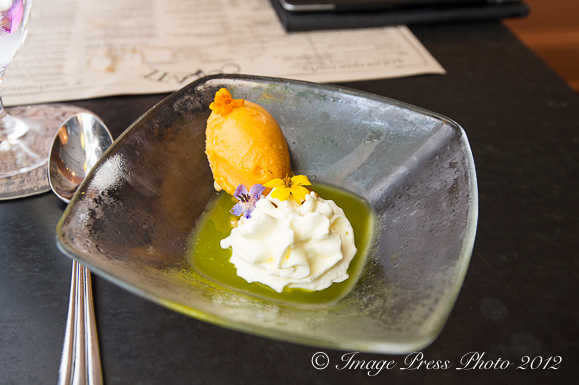 Determination, working hard and smart, inspiration from like-minded people, and financial resources have all played a major role in this very quick rise to success in the culinary world.

Katie has already received numerous accolades and awards: most recently winning the Golden Whisk Award, honoring women in the culinary world; the Distinguished Chef Award by Johnson and Wales University in Charlotte; and most notably, winning the New Culinary Master Competition, chosen to compete for this honor by Jose Andrés.  Katie and Félix also prepared a Spanish Holiday Table dinner at the James Beard House in November 2012.

Katie continues to expand her culinary skills through internships with the top chefs and restaurants around the world.  Last year she spent two weeks at NOMA in Scandinavia which many consider the best restaurant in the world since the closing of El Bulli.  Most recently, Katie traveled to Barcelona for a two week internship at two of Albert and Ferran Adrià’s new restaurants.

Katie told us, “I want to dabble in creating my own, unique dishes and it’s time to stretch and do that.  I would eventually like to have a fine dining restaurant, but it will take some time to perform at that level and succeed.  To be on the radar for Michelin stars, which is my goal, I need more time.  Opening Cúrate felt rushed for me to be the executive chef, but it was my challenge and said I’m going to do it, make it happen, and succeed at it.  This food is traditional Spanish food and I was comfortable and confident with the concept.” 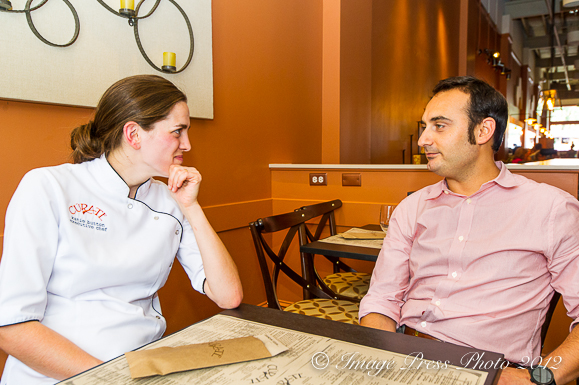 With the success of Cúrate, the next step is obviously to replicate this concept in another city or to create another concept in Asheville.  Katie said, “I am really proud of what we have done at Cúrate.  This is what I can do really well right now.  I just started five years ago, but I am learning more complexity and flavor combinations.”  This is where her internships and travel to work with other chefs comes in to play.

For someone who loves the challenge and wants to be recognized and rewarded for excellence, Katie has found the ultimate career, being a chef.  In a world that thrives on participating in special events, awards, and being the best at what you do, this was the perfect choice for her.  “Mom has always whispered in my head, ‘You can do that,'” and now the industry is speaking loudly to her telling her the same thing.  Katie was nominated by the James Beard Foundation as a Rising Star in 2012.  Nominations for this year’s Rising Stars will be announced March 18, 2013.

What’s next?  Katie could not share, although we think we have a very good idea of what the next restaurant concept will be.  Between her internship in Barcelona, Félix traveling around the country helping Jose Andrés open three new concepts, and her mother and brother working on public relations, branding, social media, and booking events, while her father works on funding for the next restaurant, we know that the odds are in their favor for another successful launch from this extraordinary and very driven family.  I think it is fair to say that we may be looking at a family with the potential to be one of the most influential in this every changing and emerging culinary industry. 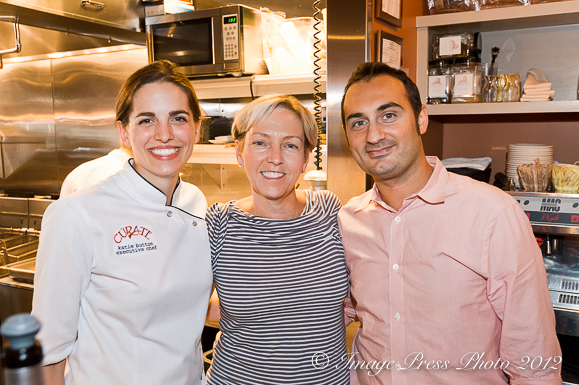 Thank you so much to Katie and Félix for taking time out of their very hectic schedule to meet with us.  It was truly a pleasure and we can’t wait to see what’s next for this inspiring couple and family.

We have dined at Cúrate twice have been very impressed.  The kitchen seems to run flawlessly while Katie walks the line.  The restaurant is lively and fun and we love the authentic tapas concept, which we experienced in Spain.  The dishes are creative, fresh, and beautifully presented.  This one dish in particular was quite impressive.  We enjoyed this appetizer of Padron peppers flash fried, tossed in olive oil and sea salt, topped with bonito flakes, and with a bit of a surprise.  The heat from the peppers causes the fish flakes to move.  Take a look at this brief video.

Katie has shared her recipe for Gambas al Ajillo (Sautéed shrimp with garlic).  It is one of the most popular tapas at Cúrate.  I have made the recipe twice and it is fabulous.  It is simple to prepare, yet the flavors are complex and the sauce is luscious. 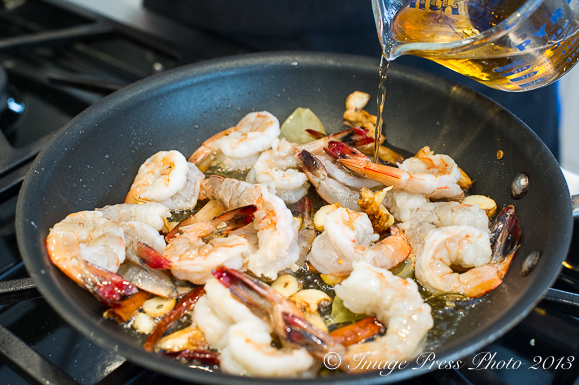 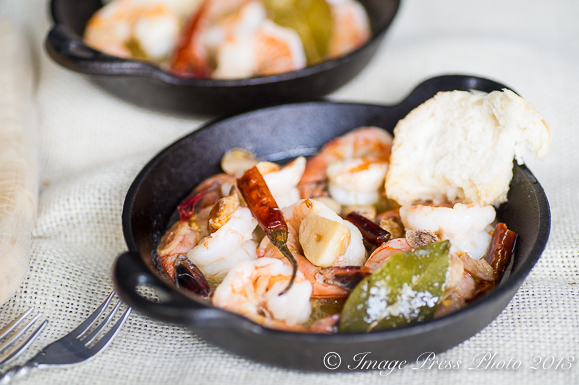 Be sure to use beautiful fresh shrimp in this recipe and have a toasty baguette handy for dipping into the sauce.  You will not want to miss one drop. 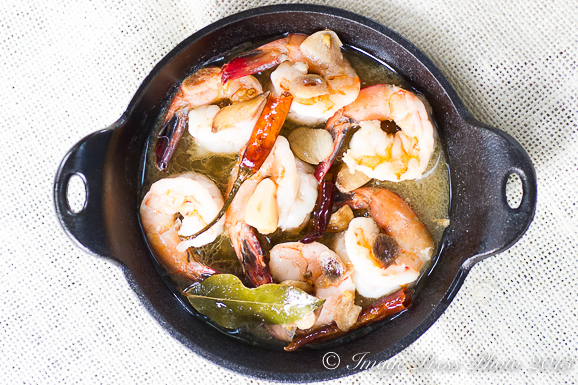 This dish will transport you to tapas bars in Spain

2. Continue to cook until shrimp are just cooked through, quickly remove from heat. Using tongs remove shrimp from pan and set aside, return sauce with garlic, peppers, and bay leaf back to the stove top, reduce slightly for 30 seconds to 1 minute until the taste of raw sherry wine has softened and adjust seasoning by adding salt if necessary. Remove from heat, pour sauce over shrimp and serve with some crusty bread.

We participate in the Amazon Services LLC Associates Program, an affiliate advertising program designed to provide a means for us to earn fees by linking to Amazon.com and affiliated sites.
posted on February 4, 2013 in Appetizers, Chef Interviews, Recipes
7 comments »