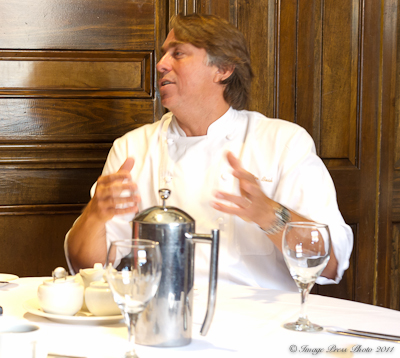 “We need to live for something bigger than ourselves and we have to love it”.

Passion.  It is what great chefs have that inspires them in the kitchen.  Extraordinary passion and a genuine love for a place and its people is what I found when we were with Chef John Besh at his Restaurant August in New Orleans just a few months ago.

John Besh gets very excited when talking about the food and cuisine of his region and how it impacts almost everything in his life, both personally and professionally.  We wanted to learn more about where this passion is heading, rather than where it has been. 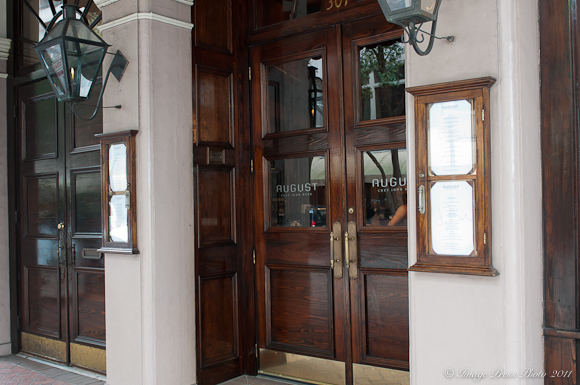 The entrance to Restaurant August

Restaurant August has always been John Besh’s dream restaurant.  August’s menu is a combination of contemporary French food using local ingredients.  We discussed the increasing focus on eating local foods in our country; even the small town diners now talk about where their food comes from.  Said Besh,  “It’s about time.  It is good to see that it is catching on because it has taken awhile.  The movement started with Alice Waters on the West Coast and Larry Forgione on the East Coast and is now making its way into the small town American lexicon.”

“In the 80’s and 90’s, we chefs flew everything in from around the world.  We were distracted from cooking what we were familiar with.  We have now matured enough culinarily in this country to where we can truly appreciate the regions, especially in the South.  The growing seasons and conditions are perfect for it and are right for the new wave of chefs hailing from the South.

“We eat food that comes from a place that pays hommage to where you are.  It’s not about a trend.  You can make a gumbo and use what you have.  Recipes don’t have to be stringent.  Use what is at your fingertips.  That’s where American food is headed.” 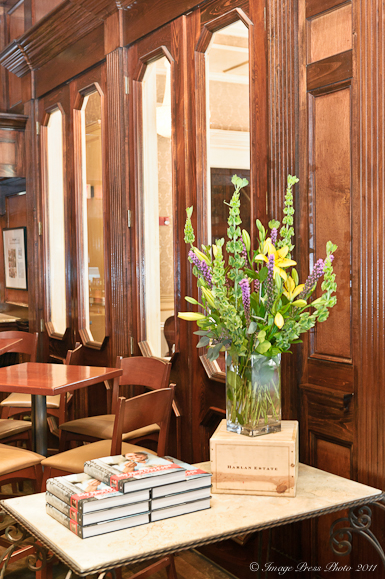 When Besh was growing up in New Orleans, all the great restaurants had European chefs.  The food in New Orleans has always been a fusion of various cultures and cuisines from the peoples that had settled in the region: Africans, Haitians, French, Germans, Spanish, Caribbeans and Italians.  There is also now a large Vietnamese population.  The food is evolving with a new perspective.  “Now we are creating our own great chefs that are cooking with a consciousness of a place.”

One of the ways that Besh is trying to help foster and support some of the young chefs of the region is through his newly created John Besh Foundation and the Chefs Move! program.  The goal of this initiative is to provide scholarships to the French Culinary Institute for talented minority chefs and then offer them an internship in one of the John Besh restaurants upon graduation.

Besh’s passion to preserve the heritage that these groups bring to the culinary flavors of New Orleans is admirable.  It is the fusion of the flavors that these immigrants brought to the region that is getting lost as many of these minorities are not well represented in the culinary world.  “We don’t see enough minorities in key restaurant management positions here.  We are about to lose a valuable part of our culture if we don’t change this.  We need to bring everybody along and reach out and do our part.”

According to this article in The Root, there are only a small number of black chefs who have achieved high-profile success in the restaurant world.  The Besh Foundation wants to change that. 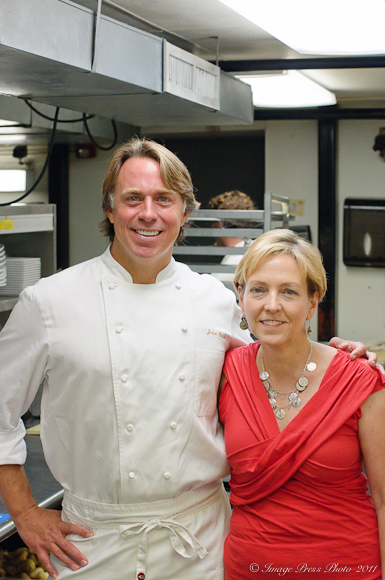 In the kitchen at August with Chef Besh

The foundation also helps to support local farmers by offering them micro loans and mentoring programs with local MBA programs.  “Farming needs to be a viable option for families.  The cost of farmland is too high.  How can family farms make money when land is so expensive?  This program offers participants loans with little or no interest.  It also provides mentoring to farmers that understand the craft, but may not have the business sense they need.”